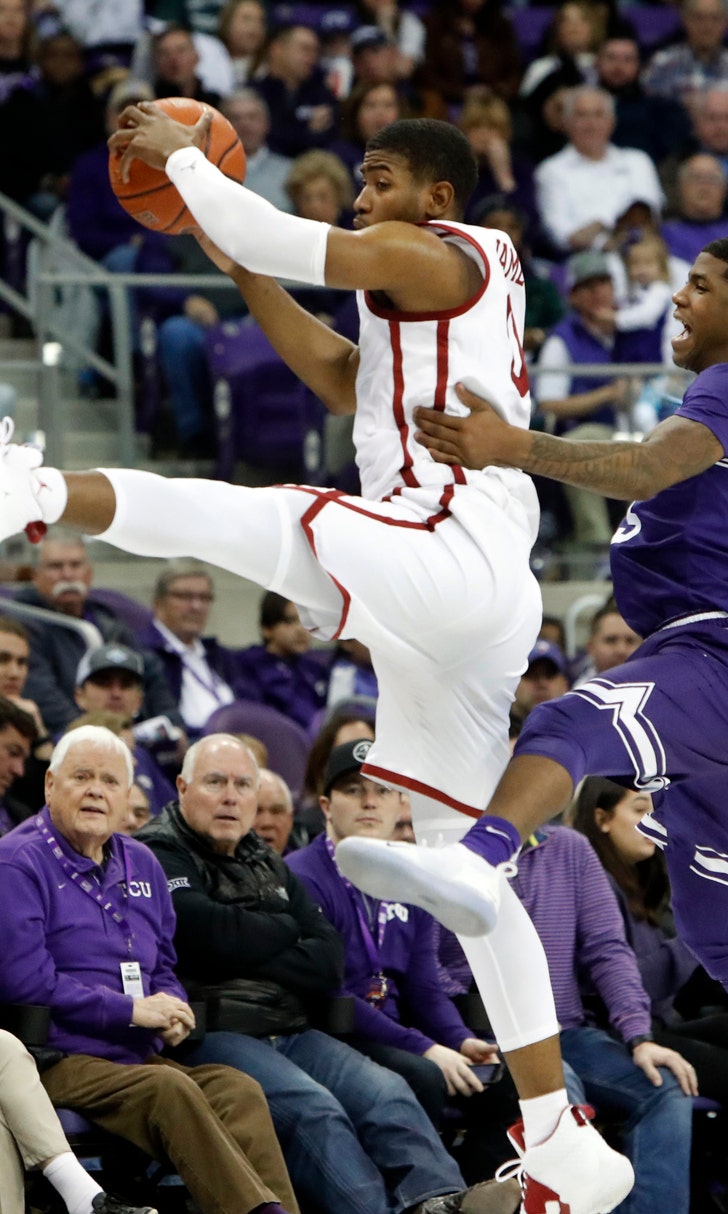 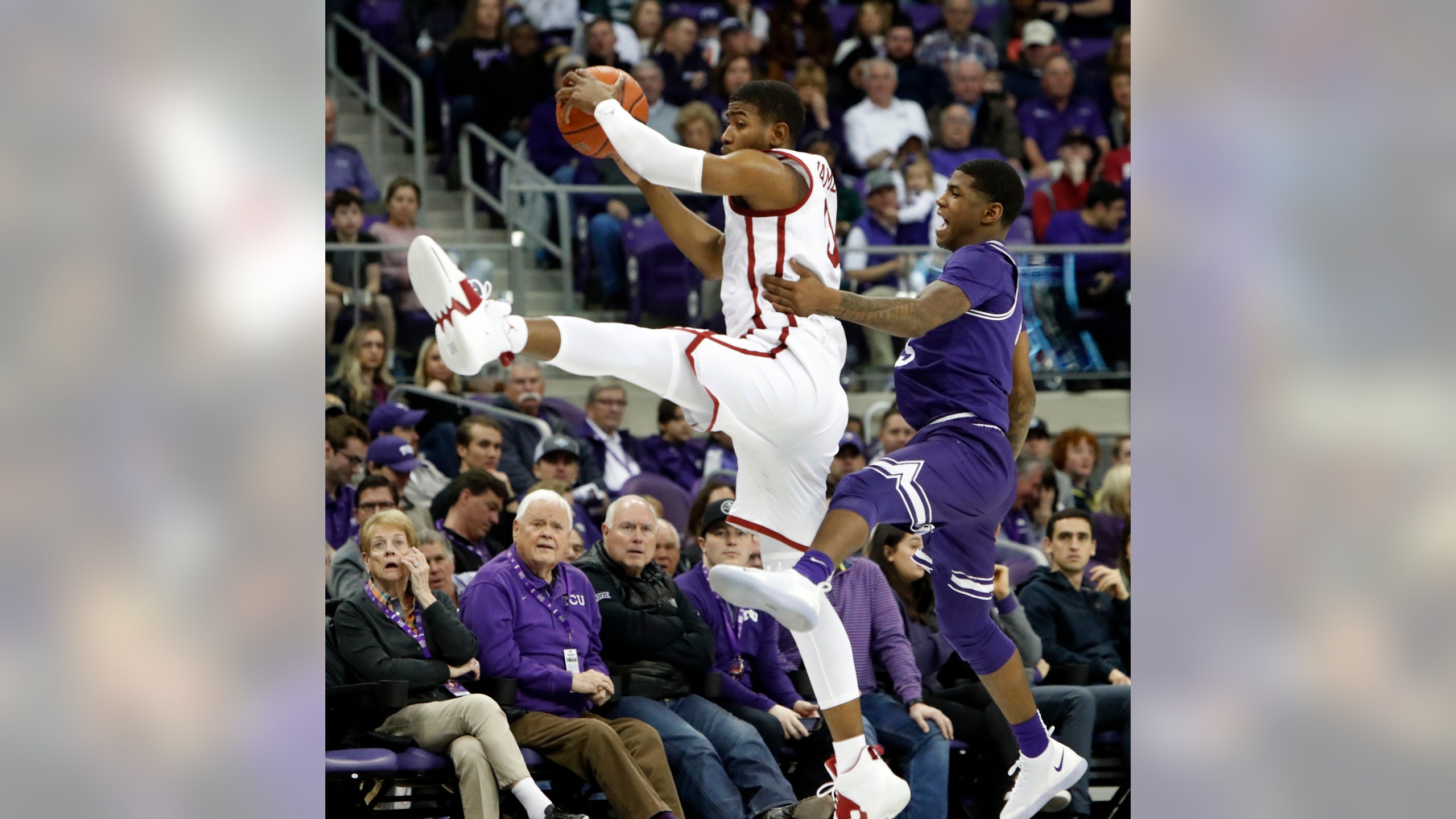 FORT WORTH, Texas (AP) — Kristian Doolittle was on his way to just his second 20-point outing of the season when the Oklahoma forward made one of his biggest plays of the game.

Doolittle's career high-tying fifth assist led to an easy layup after TCU had whittled a 10-point deficit to four for the second time in the last eight minutes, and the Sooners went on to end a five-game losing streak with a 71-62 victory over the Horned Frogs on Saturday.

"I thought he was patient offensively, attacked when he needed to, got some big rebounds for us," coach Lon Kruger said after Doolittle finished with 21 points and 10 rebounds to go with the five assists. "Pretty much did everything you'd want a guy to do."

Brady Manek had 14 points and seven rebounds for the Sooners (16-10, 4-9 Big 12), who surged to their first lead during a 20-5 run late in the first half and now have half of their conference wins against the Horned Frogs after beating them at home last month.

Doolittle scored six straight points during the spurt that started with five in a row from Matt Freeman after TCU had taken its biggest lead at eight points.

Freshman point guard Kendric Davis scored 14 points in his first start for TCU (17-8, 5-7) but had a critical turnover with the Horned Frogs down six in the final four minutes. JD Miller also had 14 for the Horned Frogs, and RJ Nembhard scored 12.

"We got careless with the ball late in the game," Davis said. "When we were getting stops, we gave away like I want to say three of them to either a bad shot or a turnover."

The Horned Frogs were down 59-55 after a 3-pointer and a 3-point play from Rembhard on consecutive possessions when Doolittle saw through a crowd in the lane and spotted a cutting Miles Reynolds along the baseline. Reynolds' layup was followed by a steal that led to a dunk for Manek.

Christian James scored 14 for the Sooners, capped by a jumper for a seven-point lead with a minute remaining. Doolittle was 8 of 11 from the field as Oklahoma shot 50 percent to 35 percent for TCU.

"Feels really good. We haven't had one in a while," said James, who matched Doolittle with five assists. "It was just another starting point for us to get better and grow. The goal is just to get better every day as a team and just come together long term and try and get hot."

Oklahoma: The Sooners avoided what would have been their second six-game losing streak in as many seasons. While it appears too late to avoid missing the NCAA Tournament for the second time in three seasons since going to the Final Four, Kruger's team could get back in the picture with a late-season surge or a surprising run to the Big 12 Tournament title.

TCU: After erasing a 12-point deficit in the second half to force overtime against No. 14 Kansas, the Horned Frogs were positioned for a win that would have been a huge boost to their NCAA hopes. But TCU couldn't finish that comeback and now has consecutive home losses following eight straight Big 12 wins at home.

This defeat was particularly damaging in coach Jamie Dixon's bid for a second straight NCAA bid after his alma mater endured a 20-year drought. "As I've made clear here, all home losses are problematic," Dixon said.

The Horned Frogs were without leading 3-point shooter Kouat Noi, who was on the bench with a boot on his left ankle. Dixon hopes to have him back soon. Without Noi, TCU made just nine of a season-high 32 attempts from long range (28 percent) as OU played predominantly zone defense.

"We knew they were going to play it and we obviously didn't get to practice against it much because of our situation with our numbers," Dixon said. "Still got to find a way and we didn't."

Doolittle had his second double-double of the season — both against TCU and both in his only 20-point games. The junior had 24 points and 10 rebounds in the Sooners' 76-74 win in Norman.

Oklahoma: Texas at home next Saturday.

TCU: At Oklahoma State on Monday.