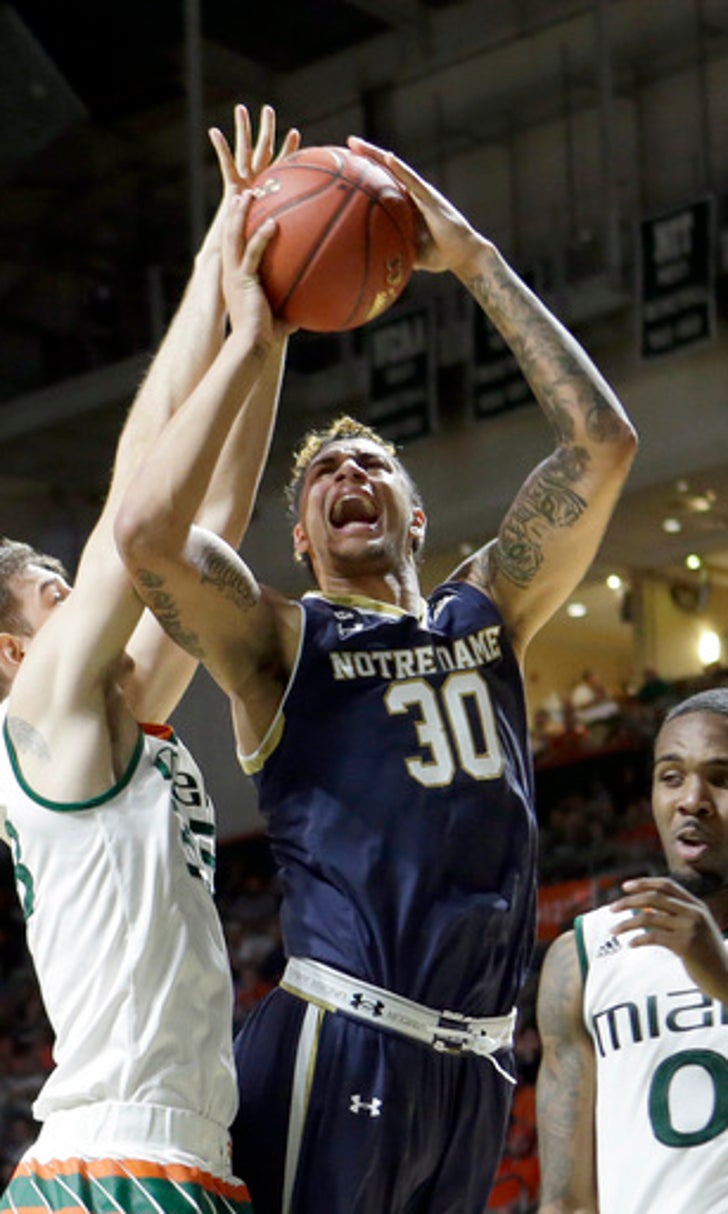 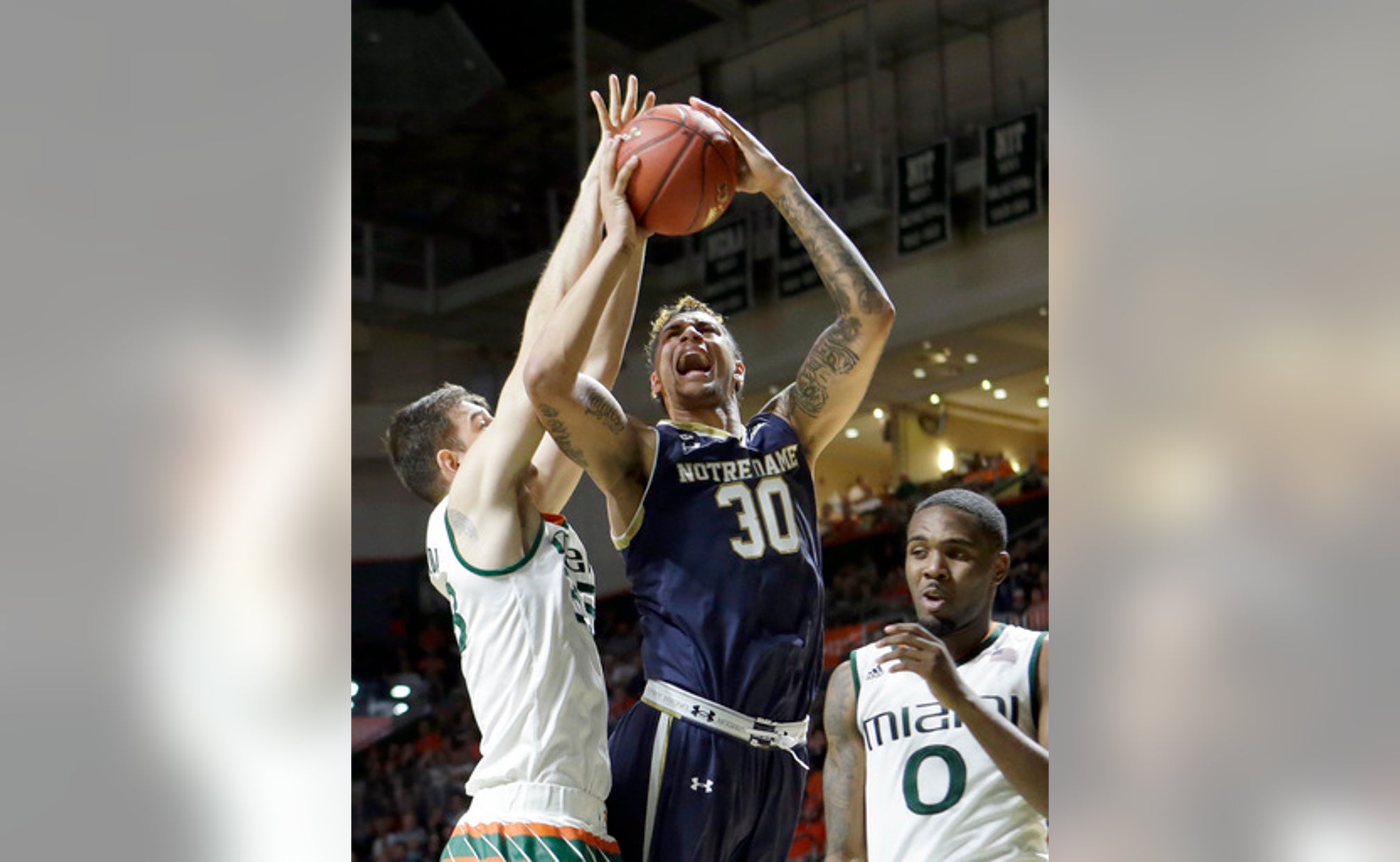 Brey: Notre Dame not intimidated by No. 2 North Carolina 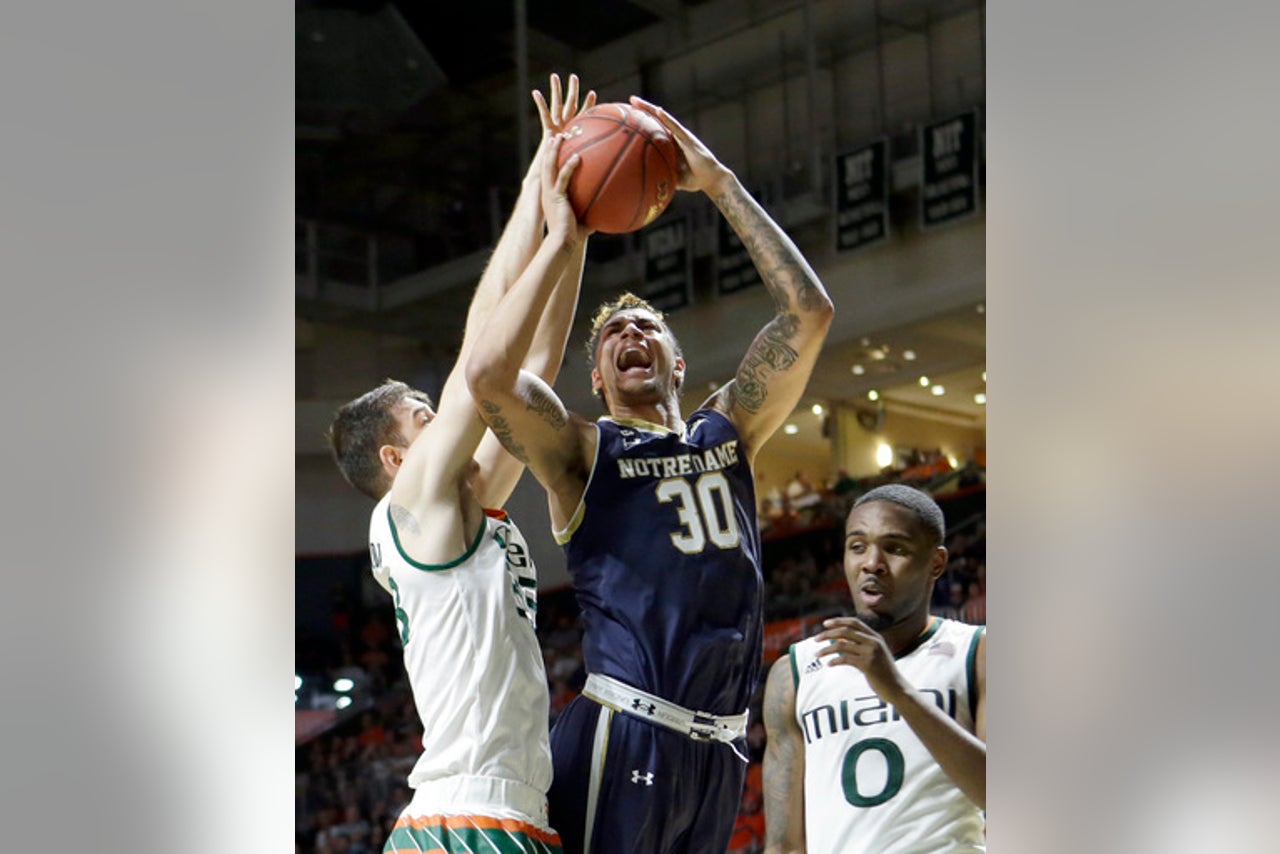 SOUTH BEND, Ind. (AP) Beating second-ranked North Carolina on Saturday doesn't look quite as formidable as it once might have for Notre Dame, not after defeating the Tar Heels twice last year.

The first victory in Chapel Hill in early January last year helped launch the Fighting Irish to one of their best seasons, coming a shot away from making it to the Final Four. The second victory came in the Atlantic Coast Conference tournament title game, as the Irish used a 26-3 run late to win 90-82 and earn its first title in any league.

''I don't think there's any intimidation factor in this program anymore,'' coach Mike Brey said. ''To have won two in a row in the state of North Carolina is a little bit mind-blowing. If you make it three in a row, I don't know, maybe the Earth will rotate the wrong way on its axis if we do that.''

The Irish had been 4-18 all-time against the Tar Heels before the two victories last season. The teams enter Saturday's game in South Bend trying to avoid back-to-back losses for the first time this season. Notre Dame hasn't lost consecutive games since losing three straight to finish the 2013-14 season. That's a stretch of 60 games, rebounding 11 times following losses to win.

Brey said he believes the key has been forgetting bad performances.

''They understand how you move on from things, address some things that you've got to do better,'' he said.

The Irish (15-7, 6-4 Atlantic Coast Conference) have lost two of their last three, a pair of road losses where they weren't competitive. With upcoming games at third-place Clemson and against No. 19 Louisville, Notre Dame is in the midst of one of their toughest stretches.

The Irish struggled defensively in a 79-70 loss to No. 17 Miami that wasn't as close as the score, with Notre Dame trailing by 20 with eight minutes left. Brey said the Irish need to stop getting beat off the dribble.

North Carolina coach Roy Williams said his team didn't match Louisville's intensity or its effort on the boards, where the Tar Heels (19-3, 8-1) were outrebounded for just the fourth time all year.

''Well, we got our tails beat the last game,'' he said. ''If you don't step up right now, there's something wrong with you. So I fully expect that we'll even play at a higher level of intensity than we did on Monday night against Louisville just because we got it handed to ourselves last game.''

The Tar Heels' biggest concern has been an extended shooting slump. After shooting at least 45 percent in their first 17 games to rank among the nation's most accurate teams, they've failed to crack 40 percent in three of their last four games - shooting a season-worst 34.5 percent against the Cardinals.

Williams wasn't sure on the status of junior guard Nate Britt, who checked out of Monday's loss midway through the second half and didn't return due to a back injury.