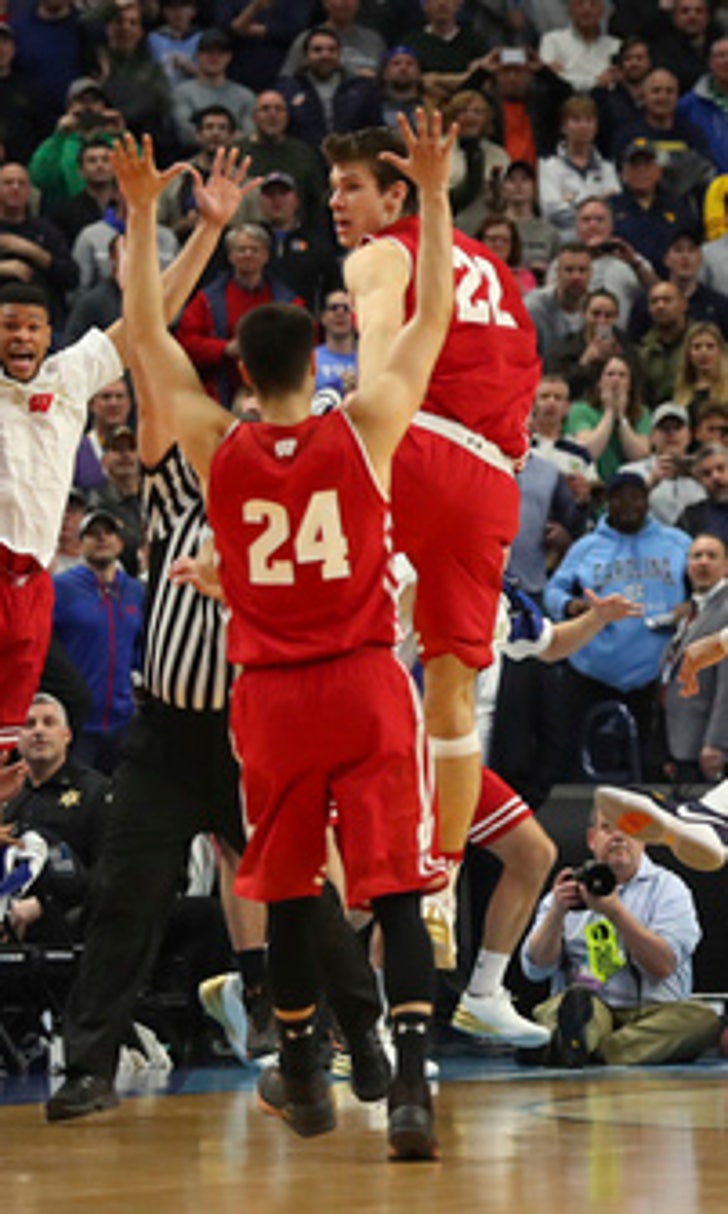 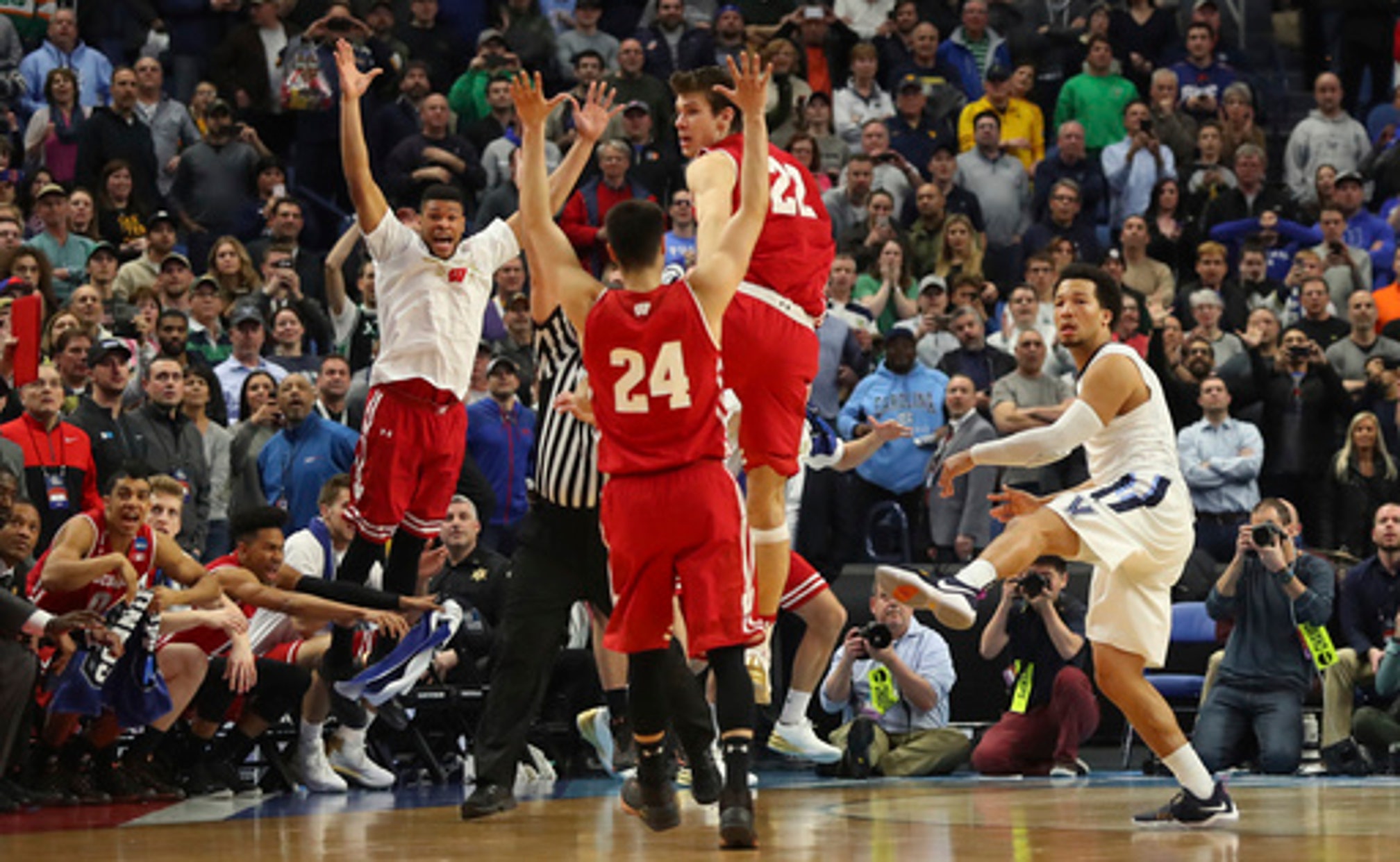 This down year for Big Ten basketball just might end on an up note in the NCAA Tournament.

Eighth-seeded Wisconsin took out No. 1 overall seed and defending national champion Villanova in a second-round game Saturday, and No. 7 Michigan ousted No. 2 Louisville on Sunday. In between, No. 4 Purdue defeated No. 5 Iowa State.

None of the Big Ten's seven tournament teams were seeded higher than a No. 4. Now it has three teams in regional semifinals, matching last year's total, and would have had a fourth if No. 9 Michigan State had been able to upset No. 1 Kansas.

The Pac-12, Southeastern Conference and Big 12 also had three teams in the Sweet 16.

The Big Ten went into the tournament No. 4 in conference RPI behind the ACC, Big 12 and Big East.

''You guys seem to get a theme, whether it's good or bad. Tell them to go play Michigan,'' Purdue coach Matt Painter told reporters in Milwaukee after his team's win over the Cyclones . ''People that don't think our league is any good, tell them to go play Wisconsin. They're not an eighth seed. I don't understand that. You don't understand basketball if you put Wisconsin as the eighth seed. Wisconsin is one of the toughest teams in the country, period.''

Michigan's 73-69 upset of Louisville exemplifies the role reversals between the Atlantic Coast Conference and Big Ten this postseason.

The ACC led all conferences with nine bids and was billed as the clear-cut pick as the top league in the nation. But only one team, conference heavyweight North Carolina, made the Sweet 16. Duke lost to South Carolina on Sunday night, several hours after Louisville was bounced by Michigan.

The ACC had four regional finalists last season, including Final Four participants North Carolina and Syracuse. The ACC also sent three teams to the regional finals in 2015, with Duke winning the national title.

Purdue has been consistent, other than a bad loss at Nebraska in January. Wisconsin lost five of its last seven in the regular season and was beaten handily by Michigan in the conference tournament championship game. Michigan lost six of 10 in Big Ten play before rolling off wins in 12 of its last 14.

All that played a part in the lower seedings for the NCAA Tournament.

''We're all going to be judged a lot on what happens in November, December,'' Michigan coach John Beilein said in Indianapolis after his team's win over Louisville . ''We had a tremendous league last year with a lot of turnover. Guys going pro, great seniors in the league. We had some injuries to some players as well. So you get judged by that. I thought we had a pretty good record, actually, as a league, but it didn't measure up.''

Wisconsin's Nigel Hayes, who scored the go-ahead basket with 11 seconds left against Villanova, dismissed ranking systems and analytics. He said he and his fellow seniors learned from players who came before them, guys who made it to Final Fours in 2014 and `15.

''The thing is with all those algorithms, they can't calculate heart, will to win, toughness, desire,'' Hayes said. ''They can't put that into a formula to come out with a percentage chance to win, and that's the things that we have. The things that we've grown with. We've seen the older guys, they've had that.''