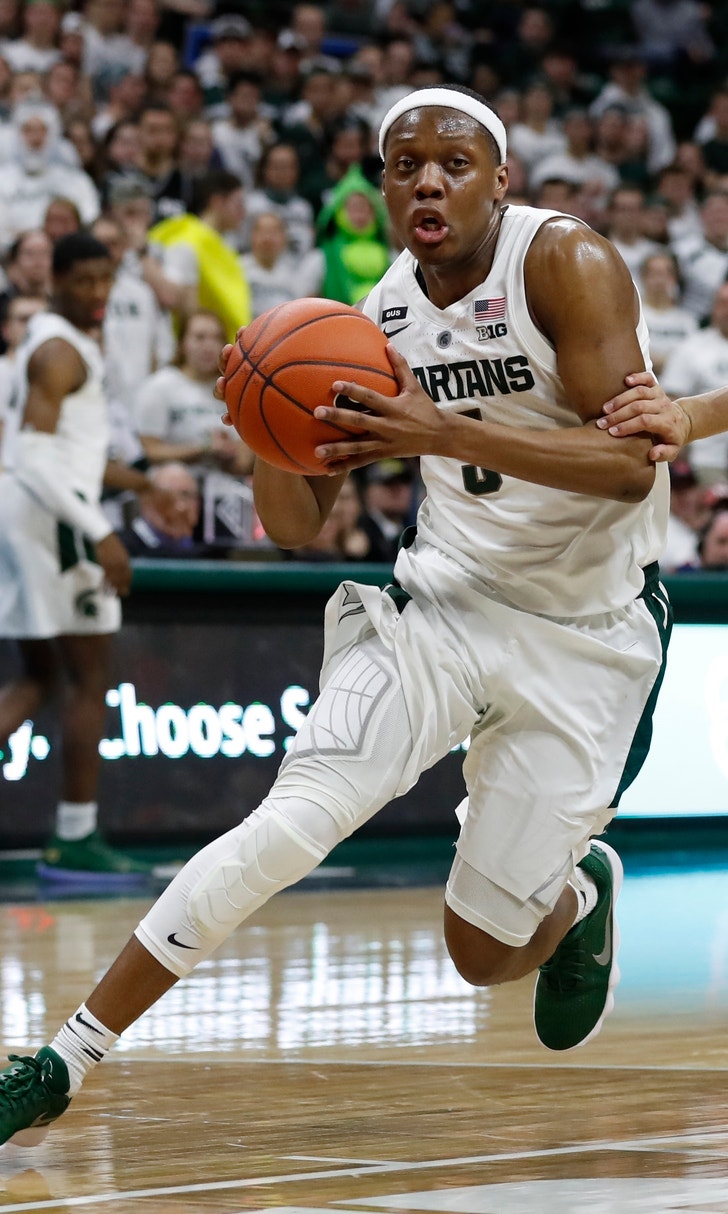 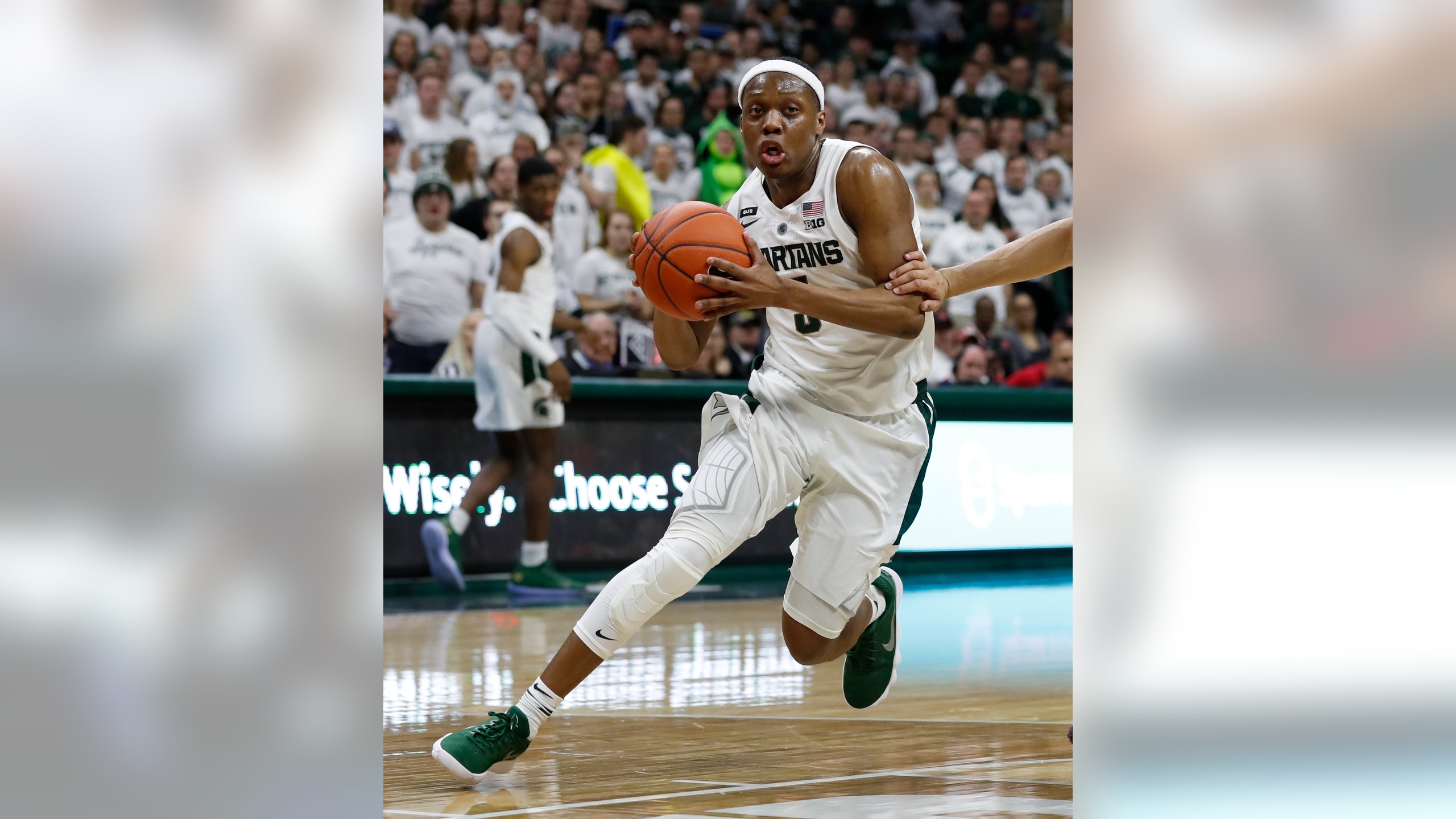 ANN ARBOR, Mich. (AP) — While looking ahead to his first game against Michigan State, Michigan freshman Iggy Brazdeikis was asked if there were any moments in the rivalry from years past that stood out to him.

"I just remember when Nik (Stauskas) — there was an away game in 2014 — when he, like, blew the fans a kiss," Brazdeikis said. "That was really cool."

Yes, Michigan-Michigan State — with all its drama, intensity and pettiness — is back. The No. 7 Wolverines host the No. 10 Spartans on Sunday in the first of two late-season meetings between the in-state foes. As an added bonus to this year's hostilities, the Big Ten title could be decided by these two games.

Michigan State (22-5, 13-3) enters this first matchup in a tougher spot. The Spartans are on the road and dealing with injuries to two of their top three scorers. Joshua Langford is out for the season, and big man Nick Ward is recovering from a broken hand.

"Less room for error," Michigan State point guard Cassius Winston said. "Can't make as many mistakes. Don't have those guys to cover up for it."

Michigan (24-3, 13-3) is healthier but is under pressure to defend home court. With No. 15 Purdue (20-7, 13-3) also challenging for the league title, the Wolverines don't want to fall off the pace with a March 9 visit to Michigan State still to come.

Before the football game between these two schools in October, there was a pregame brouhaha when the Spartans walked across the field with linked arms and made contact with Michigan players during warmups. Michigan linebacker Devin Bush tore up Michigan State's midfield logo with his cleats, and the league fined Michigan State and reprimanded Michigan coach Jim Harbaugh afterward.

The basketball rivalry is a bit different. There is a healthy respect between Michigan State coach Tom Izzo and Michigan coach John Beilein. But there is plenty at stake when they face each other. The Wolverines won both meetings last year, including one in the Big Ten Tournament . Michigan State had won the league title during the regular season.

Through much of Beilein's tenure with the Wolverines, there was a clear contrast: Michigan was more of a finesse team, relying on 3-point shooting and good offensive spacing. The Spartans could be physically overpowering but sloppier with the ball.

Lately, those assumptions have been thrown out of whack. It is Michigan State that comes into this game as the superior team from 3-point range, while Michigan makes up for its inconsistent offense with hard-nosed defense that has changed the perception of its program.

Point guard Zavier Simpson is one of the main reasons why the Wolverines have improved so much defensively. His ability to hold his own against Winston was a big reason Michigan beat Michigan State twice a season ago.

"What makes him good defensively is he's very intelligent. I think he's a great help-side defender and he's very good on the ball. He's always in the right position," Izzo said. "He's like a Draymond (Green) — he sees where guys are going, he has a feel. ... But Cassius is playing the best of his career, too, so it will be an interesting matchup."

Michigan didn't get to play Michigan State at home last season, and although that didn't hurt the Wolverines in those matchups, it did deprive Michigan fans of one of their most anticipated games of a typical season in Ann Arbor.

So the Wolverines, who have won 22 straight on their home court at Crisler Center, should be ready.

"It's an important, important game. They are standing in the way of a Big Ten conference championship," Beilein said. "So are several other teams. This is just another one of those teams, and they're really good. But I know it means an awful lot to our fans. That's why it means a lot to us."