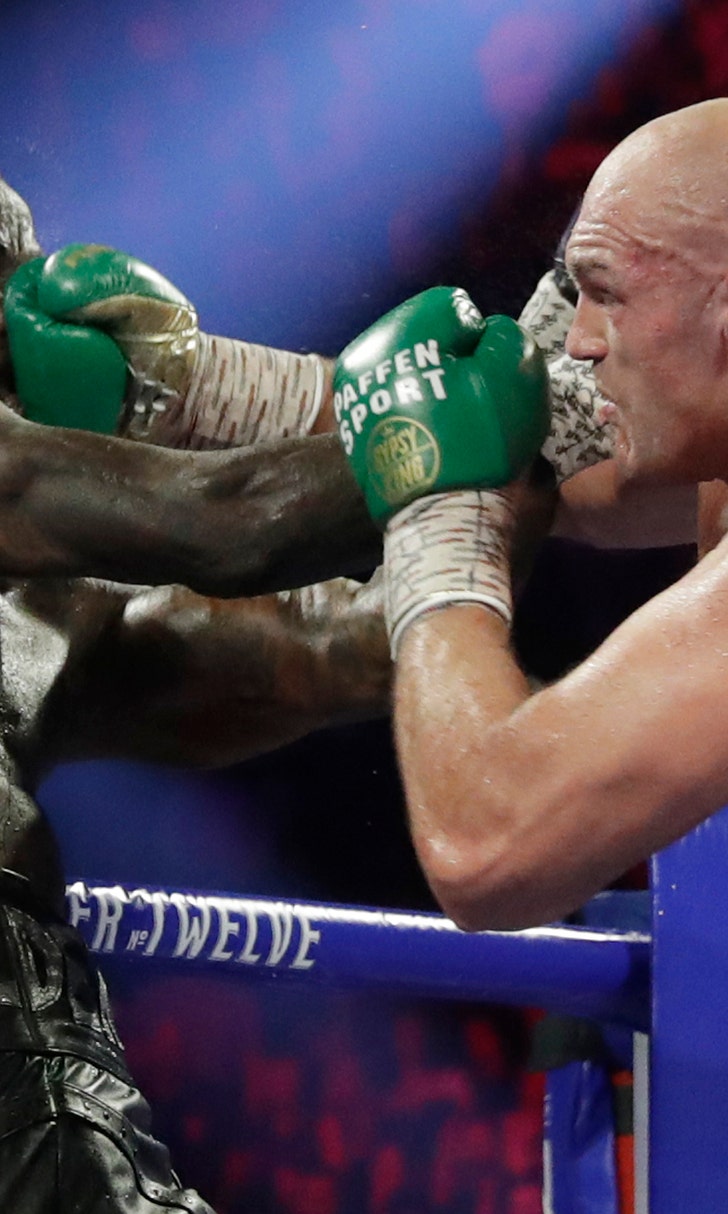 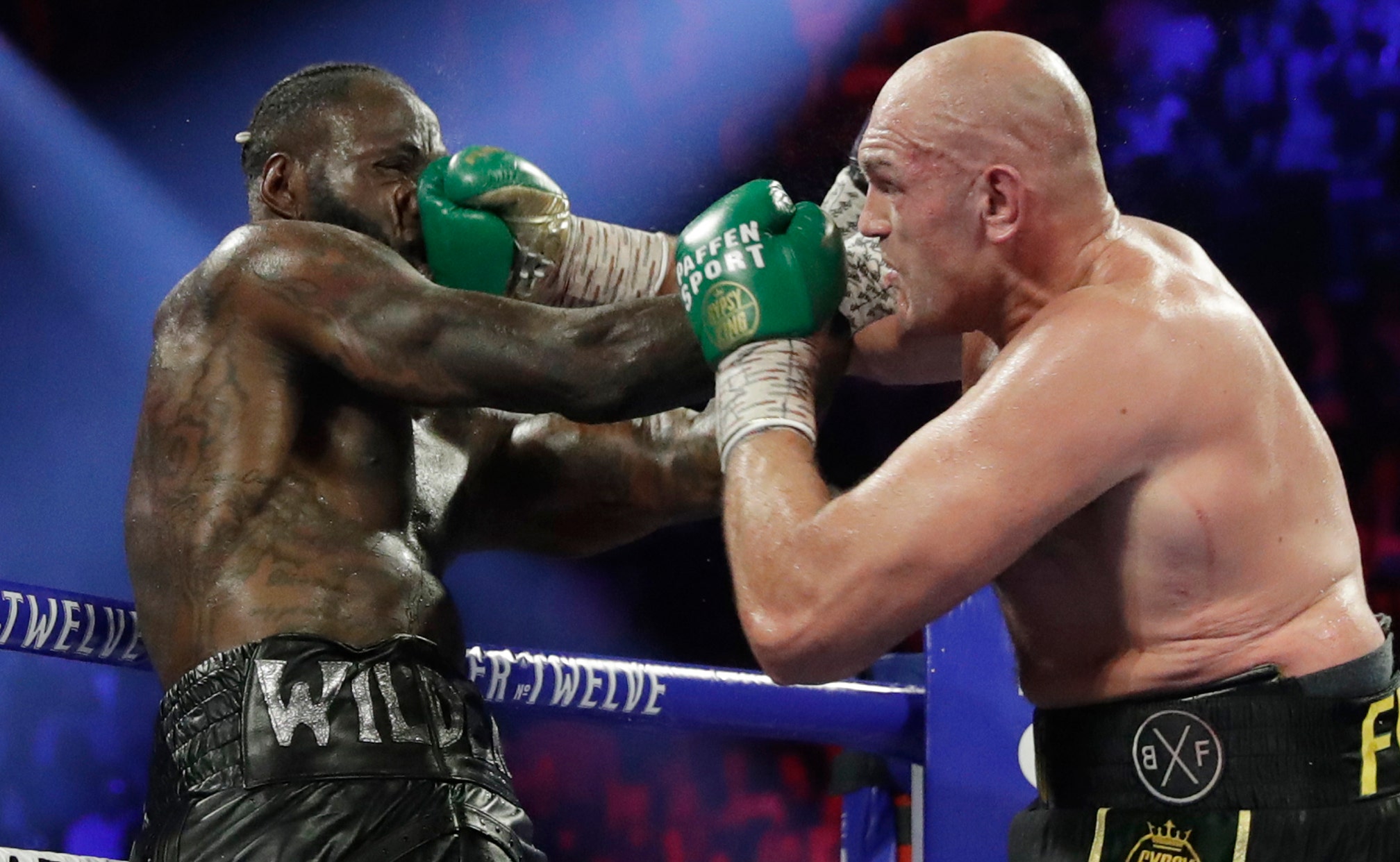 Lace them up: Boxing set for June 9 return in Las Vegas

LAS VEGAS (AP) — Add boxing to the list of sports on the comeback trail.

Promoter Bob Arum said Thursday he plans to stage a card of five fights on June 9 at the MGM Grand, the first of a series of fights over the next two months at the Las Vegas hotel. A second fight card will be held two nights later, with ESPN televising both cards, kicking off twice weekly shows at the hotel in June and July.

No fans will be allowed, and Arum said fighters and everyone else will be tested at least twice during fight week for the new coronavirus. The fights are pending approval of the Nevada Athletic Commission, which meets next week to consider the events, along with two cards that the UFC plans to stage at its facility in Las Vegas.

They are also pending the reopening of the MGM and other Las Vegas hotels, something that is widely expected to happen the first week of June, though no dates for a second phase of easing virus restrictions have been announced by Nevada Gov. Steve Sisolak.

“Once we get those fights in and UFC gets its initial fights in, both of us will ask for additional dates," Arum told The Associated Press. "The key was getting enough testing, and we’ve got plenty of testing in Nevada to hold our events.”

In addition to Arum’s fights, British promoter Eddie Hearn said this week he plans to hold fights beginning sometime in July from the backyard garden of the family mansion outside London where he was raised. Hearn told The Athletic that the first fight card is tentatively set for July 15.

Golden Boy promoter Oscar De La Hoya has also talked about returning with a July 4 card, though he has offered no details. UFC returned to action earlier this month with cards in Florida, including a pay-per-view event, that took place without fans.

Arum declined to say who would be fighting on June 9, saying ESPN wanted to make the announcement after the fights are approved. But he said the cards would feature the same quality of fighters who were on ESPN before the shutdown of sports around the world.

The cards would be expanded to three-hour shows, Arum said, and feature a main event, a co-main and three supporting fights.

“These will be the same guys we were going to have before to the extent possible,” he said. “Guys like (Olympic medalist) Shakur Stevenson and others who would have been fighting on our cards.”

Stevenson was set to headline a Top Rank card in March at Madison Square Garden when it was called off at the last minute because of the pandemic. Another Top Rank fighter, Ireland’s Michael Conlan, was to fight in New York on St. Patrick’s Day, but Arum said Conlan won’t be on the upcoming cards because he’s unable to travel from Ireland.

Arum said fighters and cornermen will be tested when they arrive in Las Vegas the week of the fight and will be housed on a “bubble” floor at the MGM Grand. They will be allowed out only to eat at an approved restaurant in the hotel or to train at the Top Rank gym.

Fighters will also be tested the night before they fight. The double tests should eliminate the issue the UFC had when a fighter tested positive and was removed from the UFC 249 card, Arum said.

“Our protocols will be much more stringent than UFC had in Florida,” Arum said. “In ours you wouldn’t have a fighter testing positive the day of the fight or the day before.”

Arum credited Jim Murren, the former MGM CEO who leads a state task force dealing with the virus, with making sure there are enough tests available for fighters, judges, commissioners and anyone else involved on site. He said 60-70 people may be tested on fight day alone, using tests that can give results in a couple hours.

While pre-pandemic fights were held in the 16,000-seat MGM Grand Garden, Arum said the fights will be held in a convention area or ballroom at the hotel. There will be no media allowed, at least at the beginning, he said, because of the logistical difficulty of testing more people.

Arum’s Top Rank has a long-term deal with ESPN for fights that before the pandemic hit were on the main network and streaming service ESPN . The network also combined with Fox to televise the pay-per-view of the Tyson Fury-Deontay Wilder heavyweight title card in February that was Top Rank’s last card.

Arum said he talked to Fury on Thursday and that plans are underway to hold the rematch — probably somewhere outside the U.S. — late this year. He said there are also still plans for a highly anticipated lightweight title unification fight between Vasiliy Lomachenko and Teofimo Lopez by the end of the year.