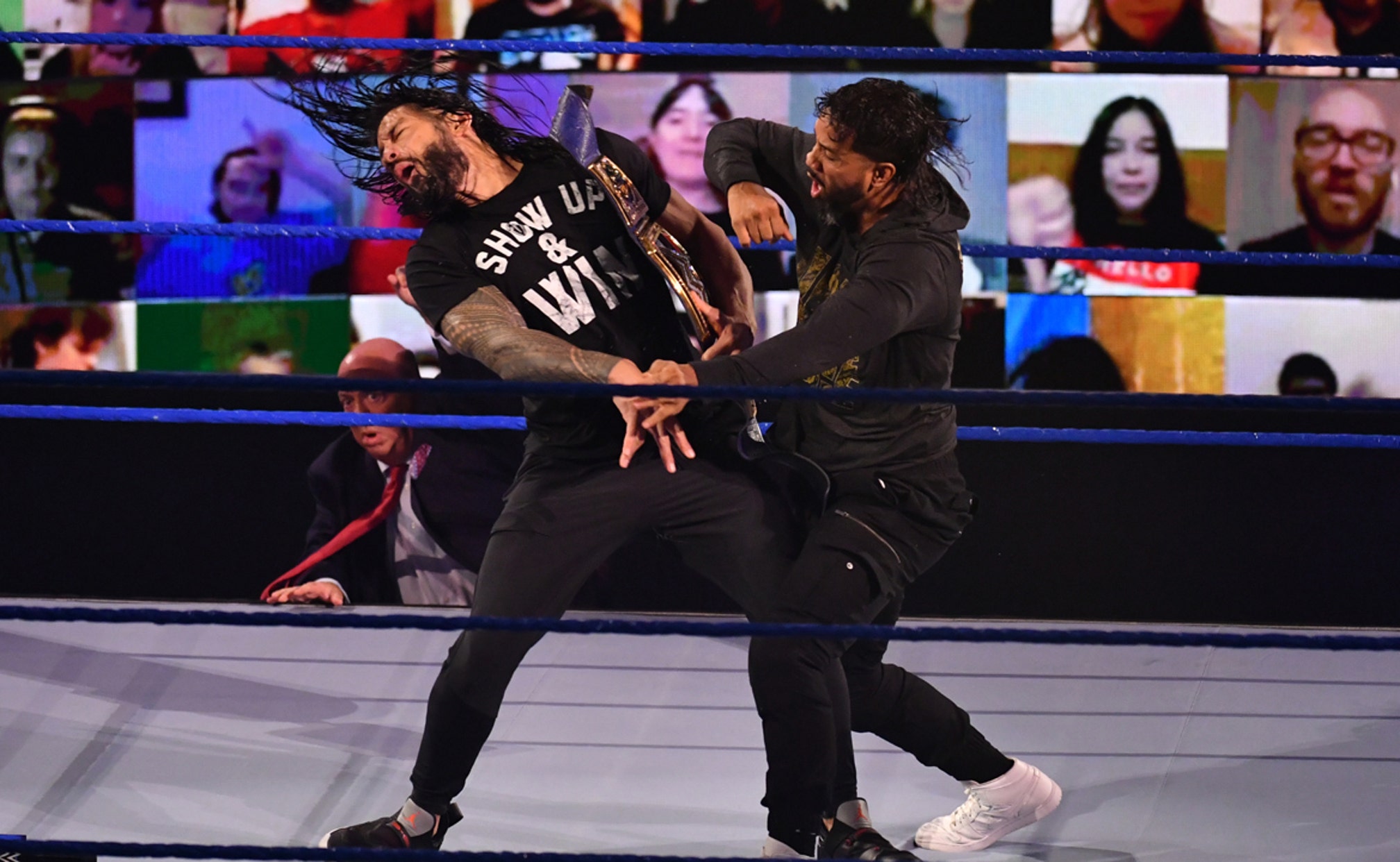 This week’s episode of Friday Night SmackDown saw "The Tribal Chief" Roman Reigns lay out some heavy stipulations to Jey Uso before their "I Quit" Hell in a Cell match.

First, here are the quick results from the October 23, 2020 edition of SmackDown:

- Seth Rollins defeated Murphy in 17 minutes with the Stomp

With that out of the way, here are my five takeaways from Friday’s show:

Hell in a Cell Consequences

"We will all turn our backs on you."

As I’ve previously stated, the storyline between Roman Reigns and Jey Uso is one of the best things in WWE right now.

The way they upped the ante this week on SmackDown only made it better before their match on Sunday.

Roman saying that Jey will have to make a choice if he loses, fall in line or have the Anoa’i family turn their backs on The Usos, added another layer of intensity that'll be entertaining to watch unfold.

You know it’s deep when a person is threatening someone’s future grandchildren.

Now, Jey Uso is fighting for more than just bragging rights over his cousin or the Universal Championship. He’s fighting to stay in his family altogether and keep his pride intact.

That’s the kind of layered storytelling I love to see in wrestling.

The ferocity from Roman during the closing moments of the show and the reactions from Jimmy and Jey Uso particularly helped reinforce the severity of the consequences being presented.

The stipulation also made me wonder if one of the twins might be more willing to fall in line than the other should they be forced to make a choice on Sunday.

The Rebirth of Chad Gable

The Shorty G name change was never going to work.

This wasn’t just losing a last name like Big E Langston or a first name like Antonio Cesaro.

It was a punchline about his size that wasn’t very funny.

If each wrestler is supposed to be looked at as their own independent revenue stream for WWE, and the point of everything being done on TV with them is to maximize their value, this did the opposite of that.

That’s not to say Gable didn’t have the talent to pull it off, but he was fighting an uphill battle from day one.

The powers-that-be finally seem to understand that, though, as Friday on SmackDown after losing to Lars Sullivan, the former Olympian told Kayla Braxton that he quit.

However, we later learned that didn’t mean Chad was done with SmackDown. He was just calling it quits on the Shorty G moniker.

Let’s hope this is the beginning of a real push for Chad Gable as a serious competitor. The 34-year-old is filled to the brim with talent and charisma.

Matches with Sami Zayn, Daniel Bryan or anyone else in the Intercontinental title division would allow him to shine and hopefully break out of the rut he’s in.

The visual of Sasha Banks forcing Bayley into a Hell in a Cell match by holding her former friend in a submission move through a chair ruled.

During my interview this week with Big E, he talked about how the absence of fans has allowed wrestlers to be more vocal in certain situations where normally they’d be drowned out by crowd noise.

Kinda like the match at Clash of Champions between Roman Reigns and Jey Uso, for example, which was filled with trash talk from "The Tribal Chief" that elevated their encounter.

This was one of those instances.

The ThunderDome setup perfectly amplified the argument between Sasha and Bayley by allowing the audience to hear every angry word they were saying, whereas normally the crowd would’ve been heard over the performers in the ring.

This obviously has its positives and negatives for each individual performer across the company, but Sasha and Bayley have been at the forefront of standing out in the COVID-era, and this segment played perfectly to their strengths.

These segments were fun and harmless.

JBL presided over the court with Ron Simmons and court stenographer Teddy Long by his side.

Otis made a sound argument.

Asuka got a great cameo.

And the whole thing ended with a bribe.

Fun aside, though, I’ve never been a huge fan of the Money in the Bank contract being up for grabs in a match.

The MITB concept is one of my favorite things in WWE, and in my opinion, seeing someone who won the contract get it taken away lessens the value of the match.

While it’s not a guarantee that this will happen, Otis losing his Money in the Bank contract has felt more and more like a possibility over the past few weeks.

Could Miz be the one to take it from him on Sunday?

Miz cashing in against Drew McIntyre is certainly more plausible than Otis doing that with Roman Reigns anytime soon.

Either way, like Otis said, he won the Money in the Bank contract and deserves his title opportunity because of it.

"The Next BiggEST Thing"

Bianca Belair looked like an absolute star on Friday.

This is how "The EST of WWE" should’ve been presented when she was first brought up from NXT in order to maximize her potential.

Everything from the pre-match hype videos to the way she dominated in the ring has been uber-effective.

The match against Zelina Vega on Friday may have only been two and a half minutes, but each move Bianca made was impressive.

This included launching Vega into the air and forearming her in the face, as well as deadlifting her from the ground into a Gorilla Press.

Bianca has what it takes to be one of the top stars in WWE.

She’s made wrestling look easy since first stepping in the ring and her skill has only increased with time.

If things continue in this direction for her, the sky’s the limit.

- The 8-man tag that kicked off the show was 15 minutes of fun action.

This post-match comment from Daniel Bryan was the line of the night though.

- Murphy and Seth Rollins had a killer match as well.

There seems to be a split among fans regarding this Mysterio storyline. Some want to see it continue to play out, while some are looking for it to end.

Personally, I’ve enjoyed the long-term storytelling we’ve been getting from it and want to see where things go with Aalyah Mysterio. 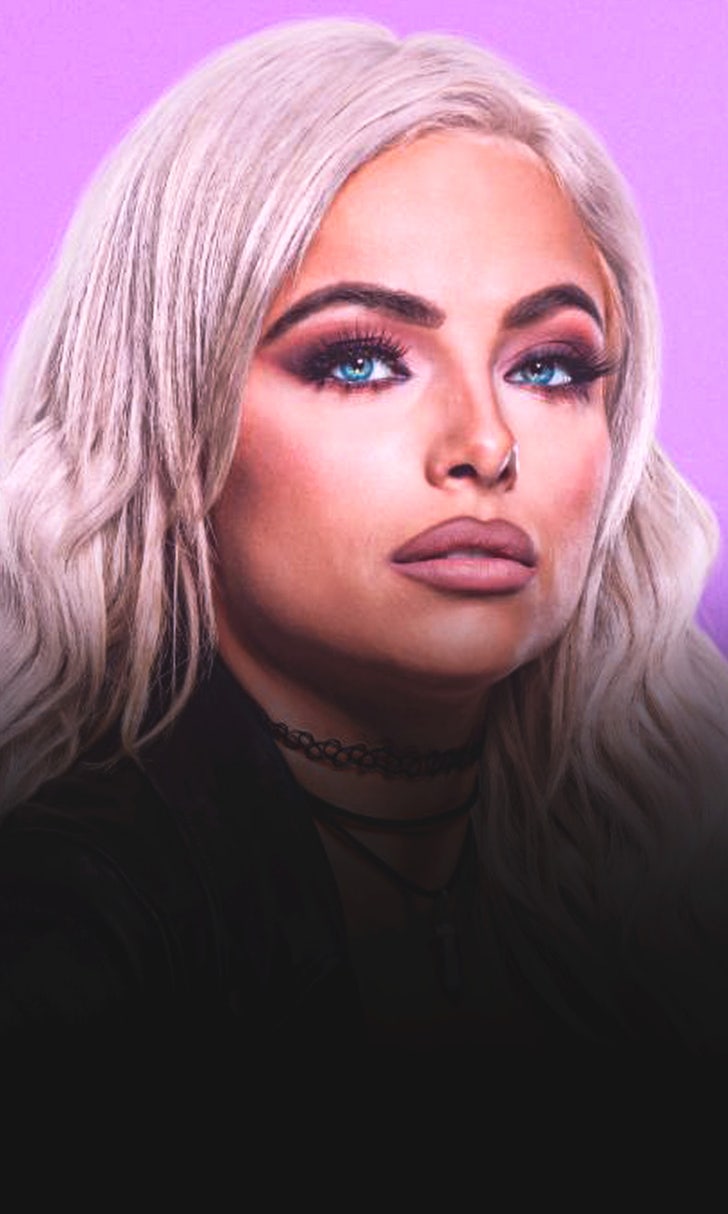 The List: Undertaker's Best Matches
The Dead Man has called it a career. Ryan Satin takes a look back at some of The Undertaker's best matches over three decades.
4 days ago

Survivor Series Was WWE At Its Best
From spectacular matches to the Undertaker's final farewell, Sunday showcased the best WWE has to offer, Ryan Satin writes.
6 days ago

WWE Says Goodbye To The Undertaker
After 30 years, The Phenom's legendary run has come to an end. Here's how WWE Superstars and the WWE Universe reacted.
6 days ago

The Ultimate Survivor Series Teams
In this week's "People's Sports Podcast," Charlotte and Mark pick their all-time sports squads, with an assist from Ryan Satin.
November 20
those were the latest stories
Want to see more?
View All Stories
Fox Sports™ and © 2020 Fox Media LLC and Fox Sports Interactive Media, LLC. All rights reserved. Use of this website (including any and all parts and components) constitutes your acceptance of these Terms of Use and Updated Privacy Policy. Advertising Choices. Do Not Sell my Personal Info