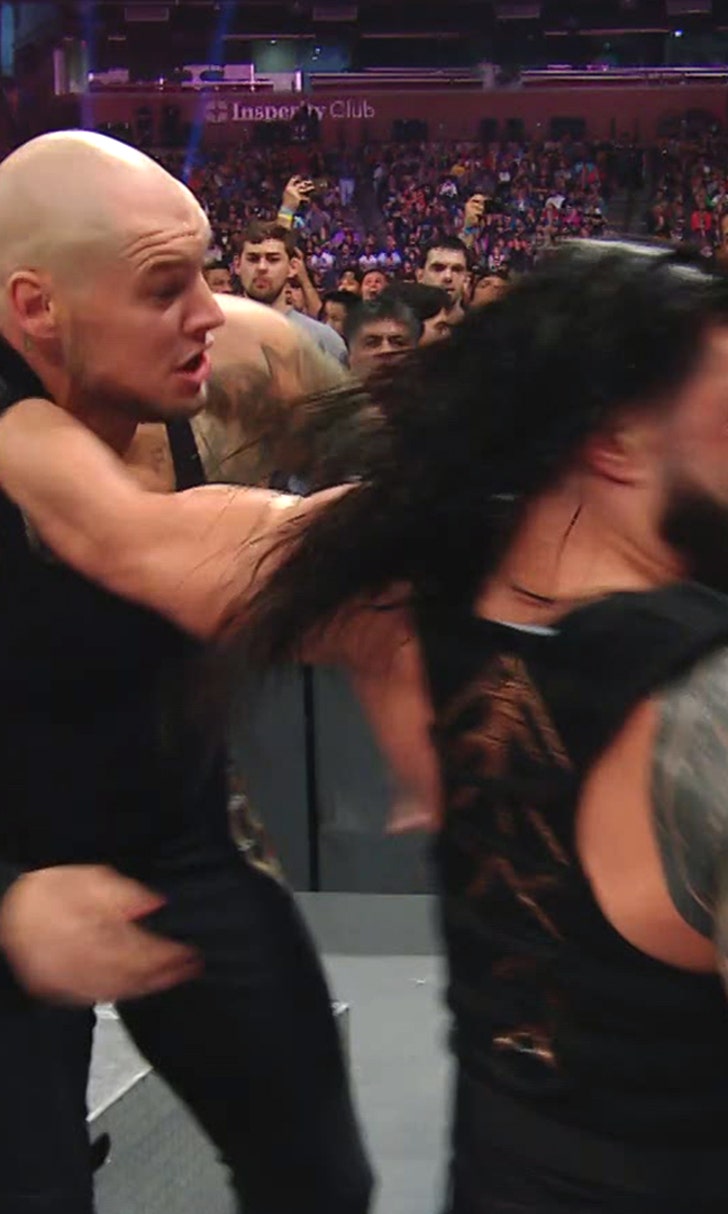 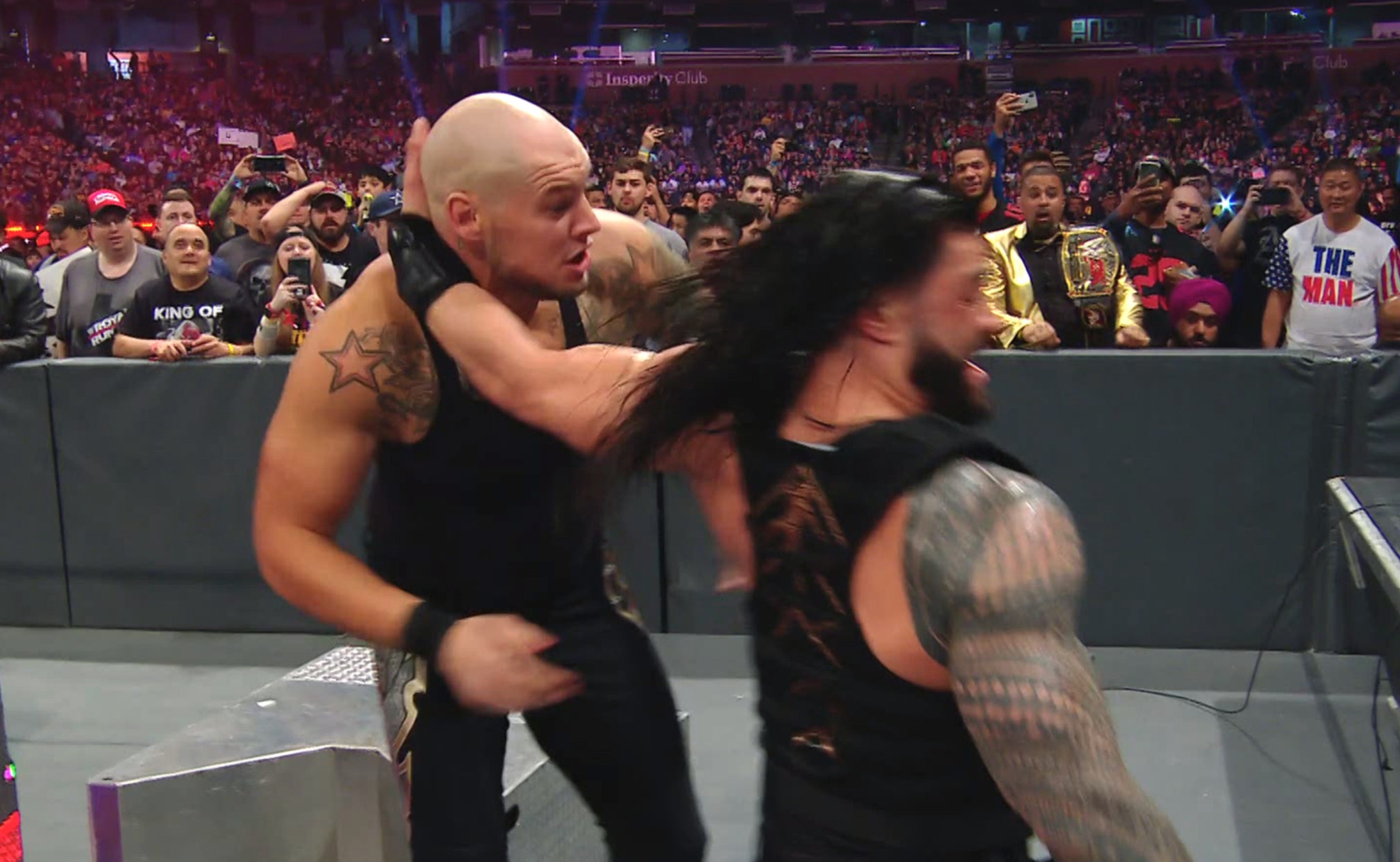 HOUSTON — After enduring months of humiliation at the hands of King Corbin and his cohorts, Roman Reigns exacted payback at Royal Rumble, besting Corbin in an extremely physical Falls Count Anywhere Match that ended atop one of the Minute Maid Park dugouts.

The ring couldn’t contain the carnage, and fortunately, it didn’t have to. The Falls Count Anywhere stipulation, which was selected by Reigns, meant count-outs and disqualifications would not be a factor and that the deciding pinfall or submission could happen anywhere in the ballpark.

As such, it didn’t take long for the brawl to spill outside the squared circle, and like a tornado, it carved a path of destruction wherever it went. The ringside area was the first to be decimated, with Corbin chokeslamming Reigns through the Spanish announce table. Reigns returned fire as the fight trekked into the outfield, hitting King Corbin with back-to-back Samoan Drops through two more international announce tables.

Corbin regained offense and dragged Reigns even further into the Minute Maid Park outfield, a strategy that was soon revealed to be a trap when Robert Roode and Dolph Ziggler attacked The Big Dog. Before Roode and Ziggler could realize their plan of handcuffing Reigns, however, The Usos swooped to even the playing field and neutralize the intruders.

With his ploy foiled, Corbin tried to retreat, but Reigns punished him with repeat Superman Punches. The Big Dog also tossed the menacing monarch into a portable toilet and tipped it over, elating the Roman Empire and giving new meaning to the “king’s throne.”

The brawl then ventured to the roof of the dugout, where Reigns Speared Corbin to earn the three-count, his first one-on-one victory over Corbin since the King’s coronation.

Now that he’s dealt a loss to his bitter nemesis, Reigns has taken a big step toward making 2020 his year as he’s promised. Whether The Big Dog’s success will carry over to tonight’s Men’s Royal Rumble Match, where he might once again cross paths with Corbin, will be known by the end of the night.