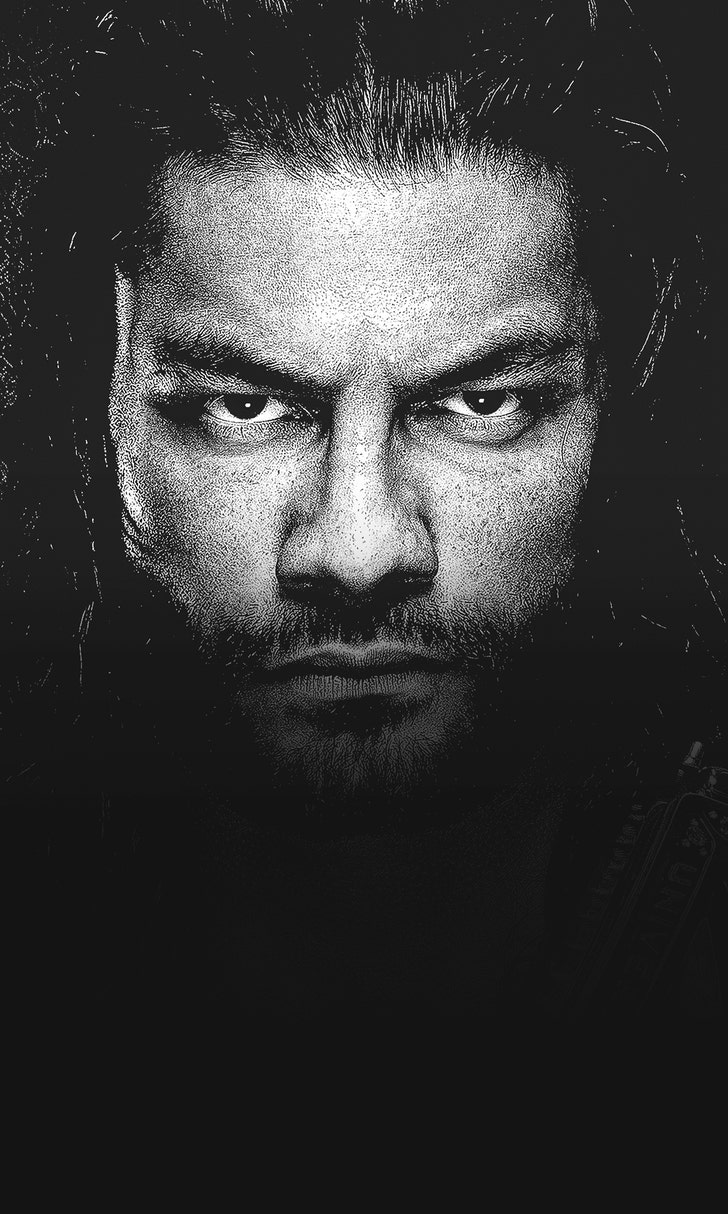 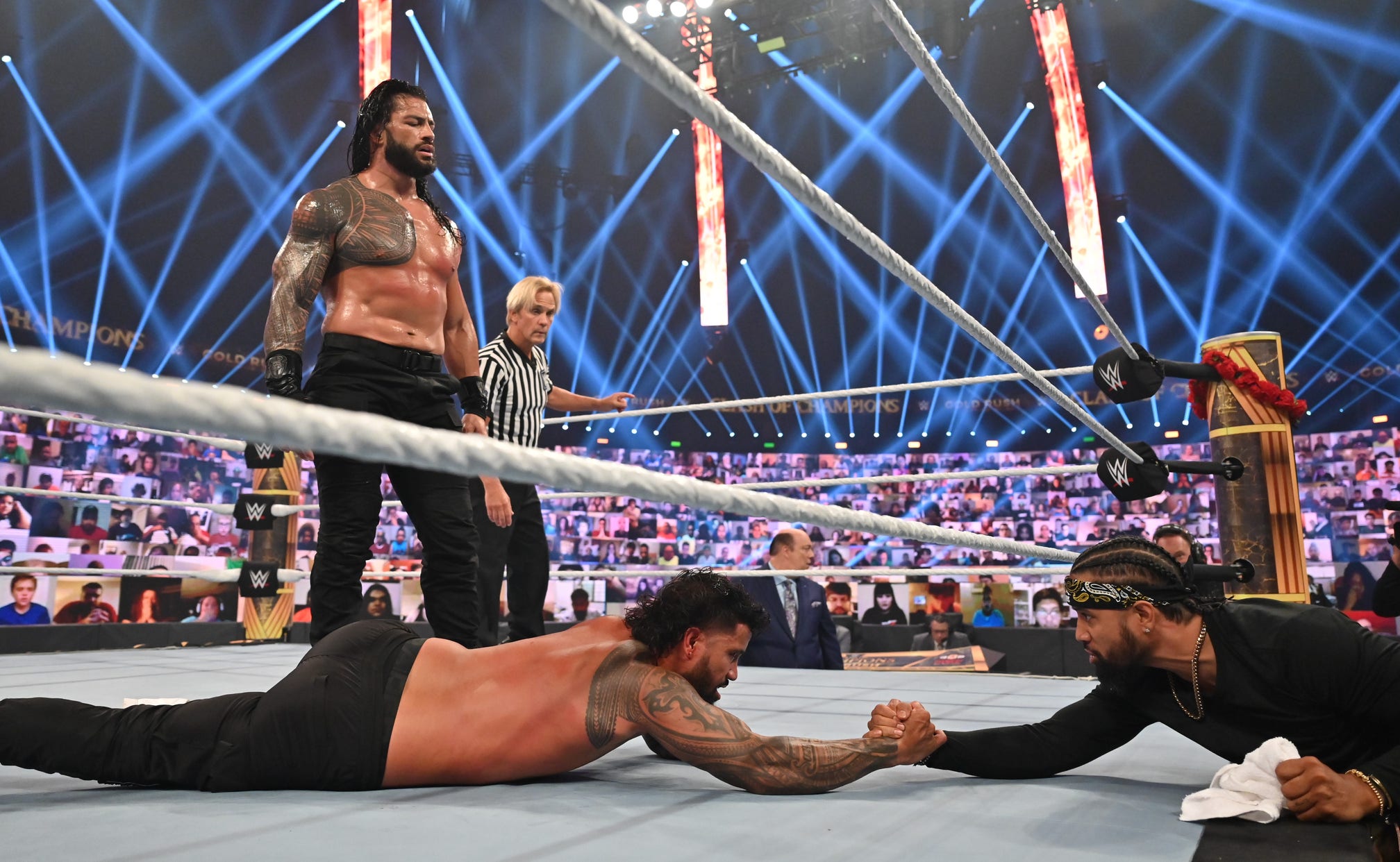 There's no other night quite like Clash of Champions, where every title in WWE is on the line.

Yet there was something just as important at stake this year, as Roman Reigns sought to make Jey Uso recognize who rules their family.

Suffice it to say it was mission accomplished for Reigns, with a ruthless aggression we've rarely seen before from The Big Dog.

Here are 5 takeaways from the 2020 edition of WWE's Clash of Champions.

Let's get this out of the way first: Roman Reigns is no longer wearing the vest.

Jey Uso, on the other hand, looked like a man who was in a bit over his head early against the Universal Champion.

The beatdown was thorough and bloodthirtsy – until Uso turned the tide by running Reigns into the corner post, much like underdogs before him have done to Brock Lesnar to overcome a monster. From there, Jey gave it everything he had.

Unfortunately for Uso, it wasn't enough. Reigns simply overwhelmed his own blood. He landed one Spear and demanded that Uso acknowledge him as the tribal chief.

When Jey refused, Reigns hit another Spear, and made the same demand.

Uso once again refused, so Paul Heyman tried to heed Reigns' call. Instead, Roman made it clear that Heyman means nothing. It was Jey's subjugation Reigns needed. Then, he continued to obliterate Uso.

That brought Jey's brother Jimmy to the ring, towel in hand. Jey begged him not to throw it in, but a final barrage of blows from Reigns gave Jimmy no choice, as he made the acknowledgement the Universal Champion so desperately craved.

Card is always subject to change in WWE, as we saw Sunday when Nikki Cross, Shayna Baszler and Nia Jax all missed Clash of Champions because they were not medically cleared.

As a result, Bayley, who was originally scheduled to face Cross, was without an opponent. So the SmackDown Women's champion came out to gloat and issue an open challenge she quickly closed – but not before Asuka answered the call.

Yes, the same Asuka who successfully defended her Raw Women's championship earlier in the evening. And yes, Bayley's title was on the line.

Given that, the "role model" took the easy way out, attacking Asuka with a chair to earn a disqualification and retain her championship.

Bayley thought she had it all figured out, until Sasha Banks, still sporting a neck brace, ambushed her former best friend.

And oh by the way, Hell in a Cell is right around the corner. That's quite a coincidence as this feud heats up.

3. Ghosts of RKOs past

Sometimes, your history catches up to you. Randy Orton found that out the hard way in his Ambulance Match against WWE Champion Drew McIntyre.

The two beefy Superstars went to war, intending to maim, destroy and incapacitate one another. And in the early going, McIntyre received a little unexpected help from the Big Show, who'd fallen victim to Orton's violence in earlier this summer.

Yet Orton regained the momentum when McIntyre missed on a Claymore, instead kicking the driver's side door off of the ambulance and injuring his knee.

Once again, though, Orton's past came into play when Christian assaulted The Viper backstage.

Then, it was the Heartbreak Kid's turn. Shawn Michaels was the victim of an Orton Punt last month, and he returned the kick-based favor with some Sweet Chin Music atop the ambulance, sending Orton crashing to the ground.

From there, it was all but academic. McIntyre connected with a massive Claymore and hit a punt of his own on a barely-conscious Orton, draped out of the back of the ambulance, then slammed the door shut.

As for Orton? He was in good, Hall of Fame hands.

4. The once and current Intercontinental Champion

Sami Zayn believed with every fiber of being he was the rightful holder of the Intercontinental title. On Sunday night, he proved it in a viciously brutal ladder match against AJ Styles and Jeff Hardy.

The three men put themselves through hell – and ladders, and tables, and each other.

Hardy in particular put his body on the line time and time again ...

As he so often does.

But it was a bit of gamesmanship that gave Zayn the upper hand, as he had brought handcuffs with him to the ring.

First, he attached Hardy's pierced ear lobe to one ladder.

Then, he attempted to secure Styles to one of the ring ropes. When that failed, Zayn latched himself to the Phenomenal One, preventing Styles from easily climbing the ladder.

And naturally, Zayn was one step ahead of everyone. He'd brought keys, too, which allowed him to slip loose, chain Styles to the ladder and claim the two titles.

Congratulations to Zayn. We're sure he'll be gracious in victory, right?

Friends, we're closing in on the one-year anniversary of Friday Night SmackDown coming to FOX. So what better time to shake things up a bit?

On Friday, October 9, the latest WWE Superstar Draft will kick off on Friday Night SmackDown, continuing on the following Monday Night Raw on October 12.

But first, we'll see you tomorrow night for Raw!

SmackDown Reactions: Family Business
Shorty G is no more, "Law and Otis" ruled, and Hell in a Cell has some heavy stakes. Ryan Satin details what went down Friday.
9 hours ago