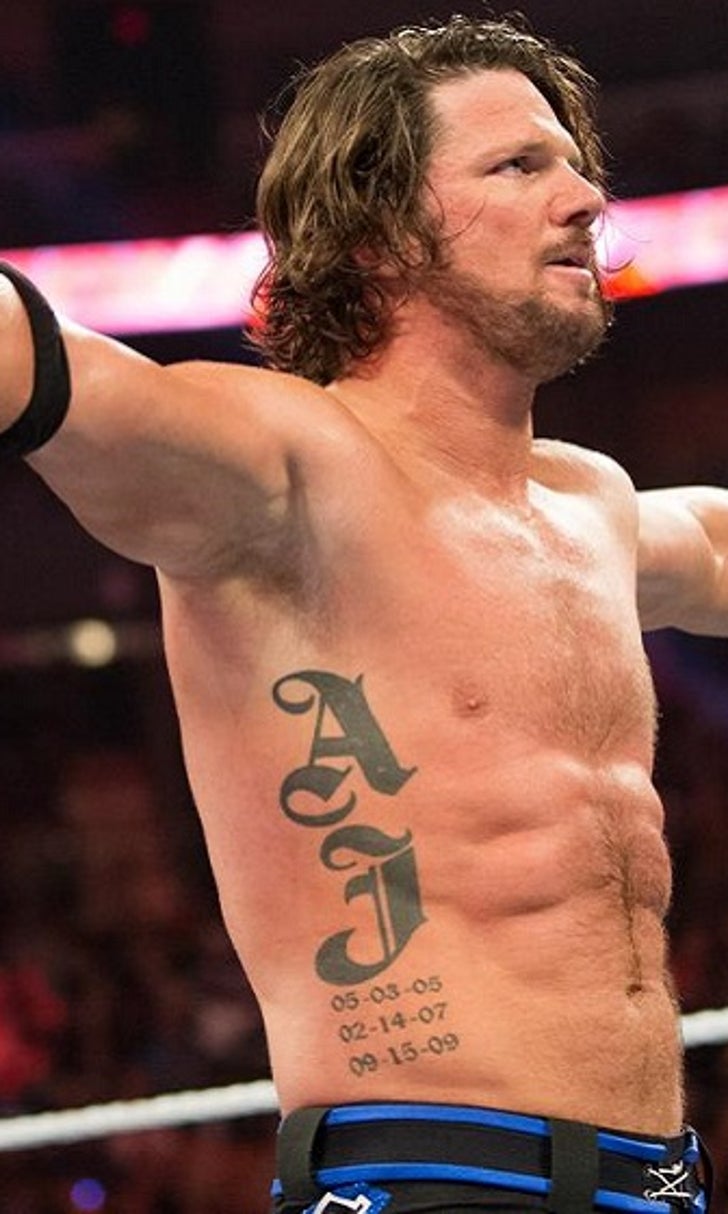 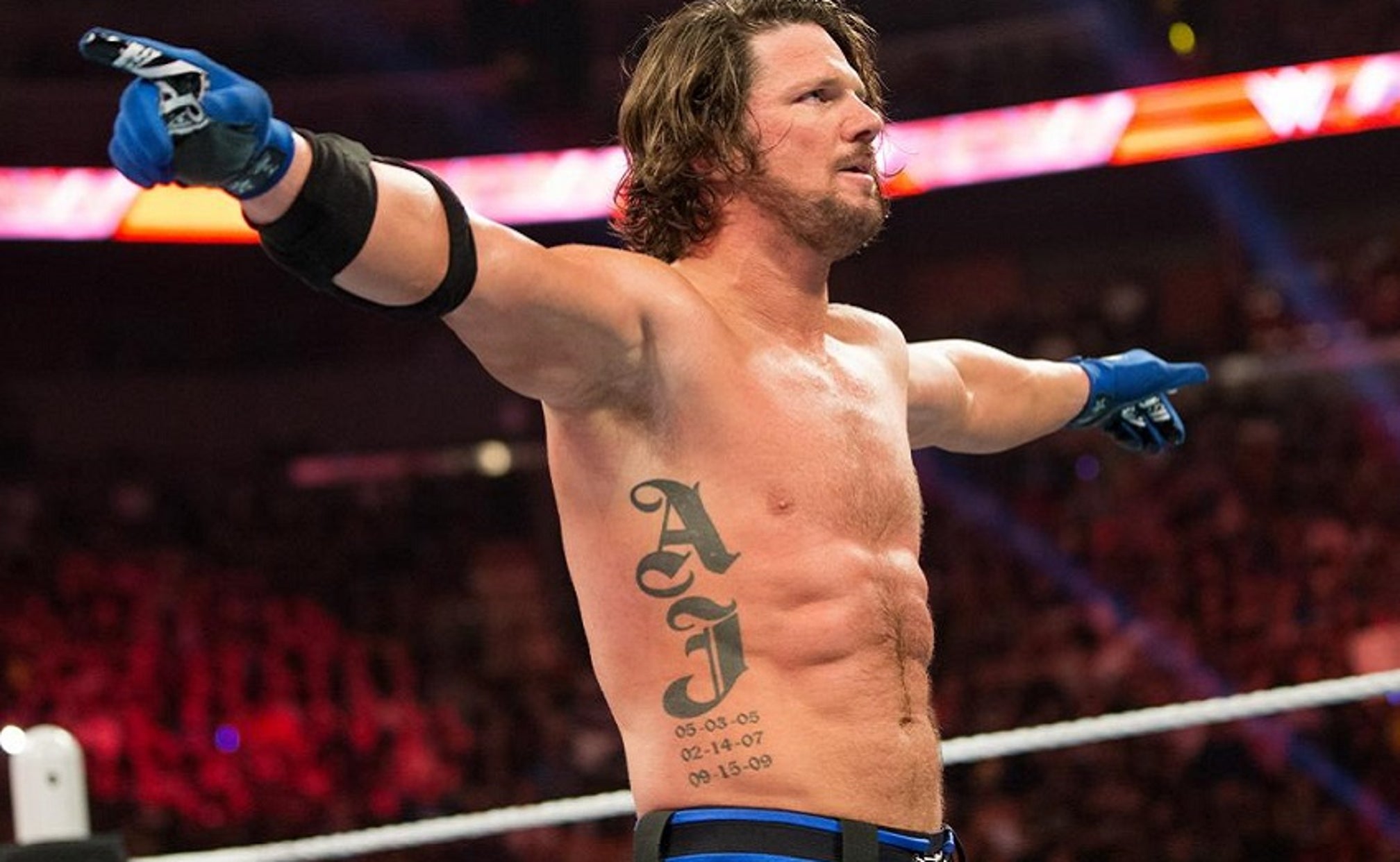 There have been times throughout my few short years in this industry where I have settled at the computer and said to myself, “I cannot believe I am typing this.” However, I don’t think that I have ever typed anything more unbelievable to me personally than the headline you see above, which also includes anything I needed to construct regarding the Chicago Cubs winning the World Series for the first time in 108 years — 2016 was the year of AJ Styles in WWE.

Anyone who’s been a professional wrestling fan for the better part of the last decade will surely admit that seeing “The Phenomenal One” in WWE at any point was the equivalent of walking outside your front door to wave to the pigs flying over the residence; it was basically the definition of something that would never happen. The reasonings were varying and generally coupled together: He can’t talk. He’s too small to appeal to the vision of Vince McMahon as a top guy. He’s too old at this point. He stands very little chance of being the face of the company. And, of course, there was the nail in the coffin for everyone — he was the face of the much-maligned TNA Wrestling for far too long to be given the proper opportunity in the “big leagues.”

Yet, little did we know that towards the end of 2015, conversations were being had that would eventually send all the naysayers of Styles into a complete tailspin and give us one of the best individual years that we have ever seen from anyone in the illustrious of the company.

Before you can even begin to start with the amazing 2016 that Styles had in WWE, it must be discussed what took place as the calendar year began. While he knew that he was on his way to finally prove to everyone that he can make it on the big stage, he still had one last bit of business to take care of for New Japan Pro Wrestling. And it just so happened that Styles would take care of this business with something who was heading to the states along with him –and another man who currently is silencing detractors– in Shinsuke Nakamura.

At Wrestle Kingdom 10 in January, New Japan’s annual WrestleMania-type event inside Tokyo Dome, Styles stepped into the ring with the “King of Strong Style” to battle over the promotion’s Intercontinental Championship, a bout that was won by the latter. It was one of the better performances in the storied career of Styles, and the match earned a prestigious 4.75 stars from longtime professional wrestling journalist Dave Meltzer. That showing by Styles not only served as a fitting way to leave a promotion in New Japan that helped him kick the stigma of being just a “TNA guy” for so long, but looking back now it was also a sign of things to come.

By the time the WWE Royal Rumble made its way to Orlando in late January, we knew by this point that the unfathomable was happening and Styles was eventually making his way to the company. Not only that, but he was reportedly skipping the NXT portion of the WWE orientation and heading straight to the main roster. Of course, this brought out some of the detractors in droves. They were ready for the ultimate I-told-you-so moment when The Phenomenal One would walk out in front of a sold out WWE crowd to be greeted with mostly crickets and maybe a few “smarks” chanting his name.

Yeah, well, about that …

AJ Styles walked out through the WWE curtain … at one of the biggest events of the year … to greet the unofficial chosen one himself, then-WWE World Heavyweight Champion Roman Reigns. The roof of the Amway Center nearly shot into orbit when the word “Phenomenal” graced the titantron with its presence. They didn’t even need to see his name — they knew who he was.

From that January night forward, we –and most importantly, Styles– were off and running.

Styles coming into WWE had all of us wrestling fans dreaming of the potential matchups we could be treated to, and the company did one hell of a job of satisfying our appetite for that by immediately pairing him with the one and only Chris Jericho.

It was great storytelling with these two, as they went a more traditional route of forming a tag team –although not for all that long– and then breaking up. Hell, the company even went so far as to print up “Y2AJ” t-shirts for the duo, trying to give fans the impression that this combination was in things for the long haul. However, that turned out not to be the case, as Jericho went full Jericho, heeling it up all over the newcomer to the company as he turned on him.

Of course, now we knew that given the time of year that it was, who AJ Styles would face during his first-ever WrestleMania experience.

Man, again, it all starts to settle in. AJ Styles is going to wrestle on the grandest stage of ’em all, and not only that, but he’ll be doing it in front of 100,000 people inside AT&T Stadium in Arlington, TX — against Chris Jericho. BANANAS! 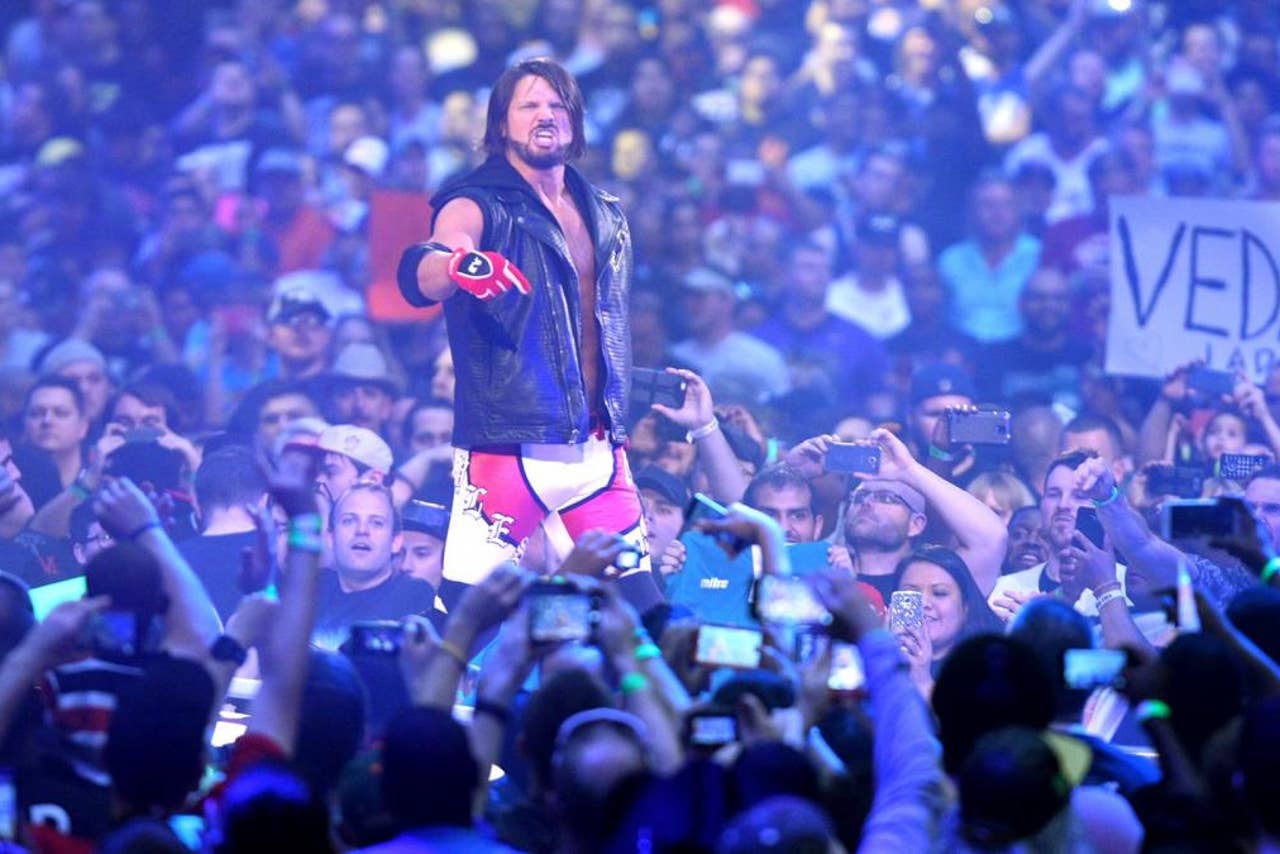 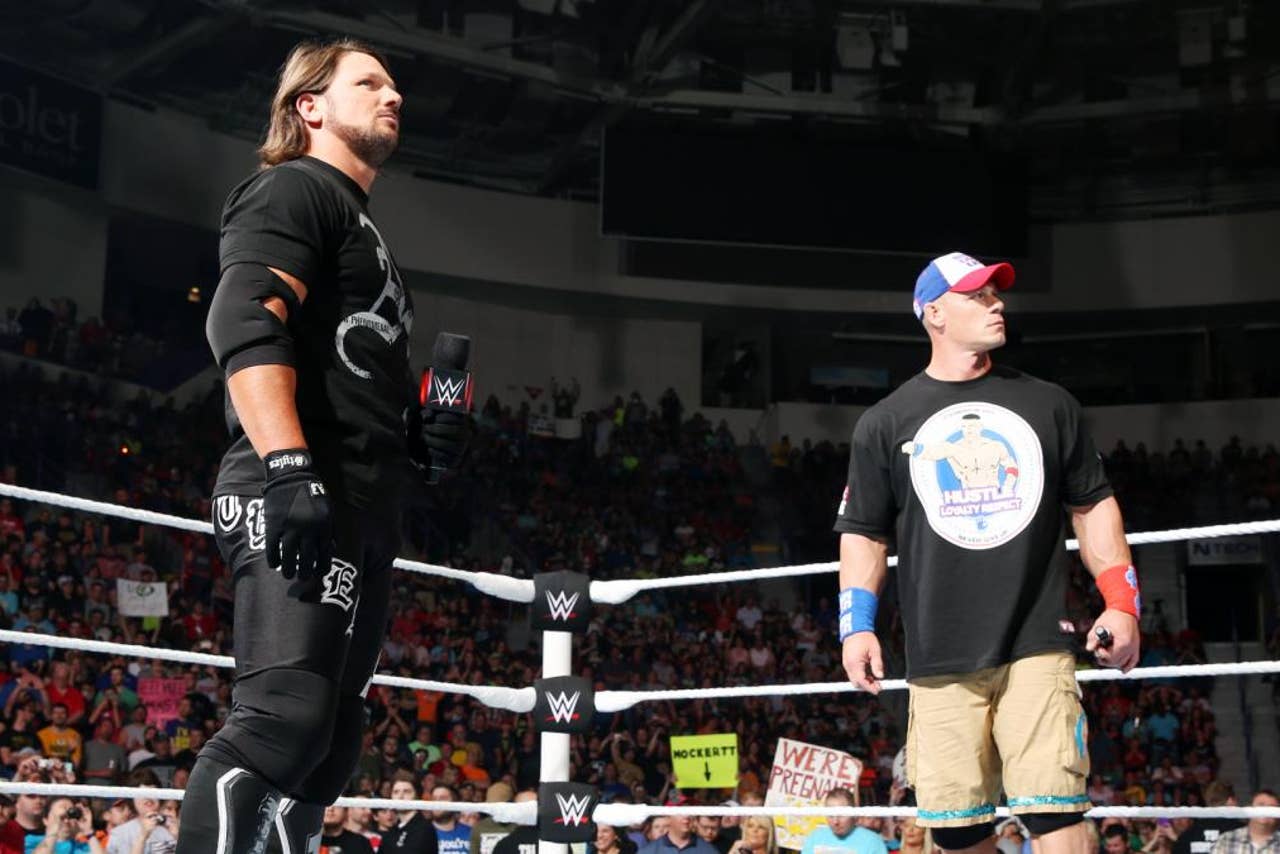 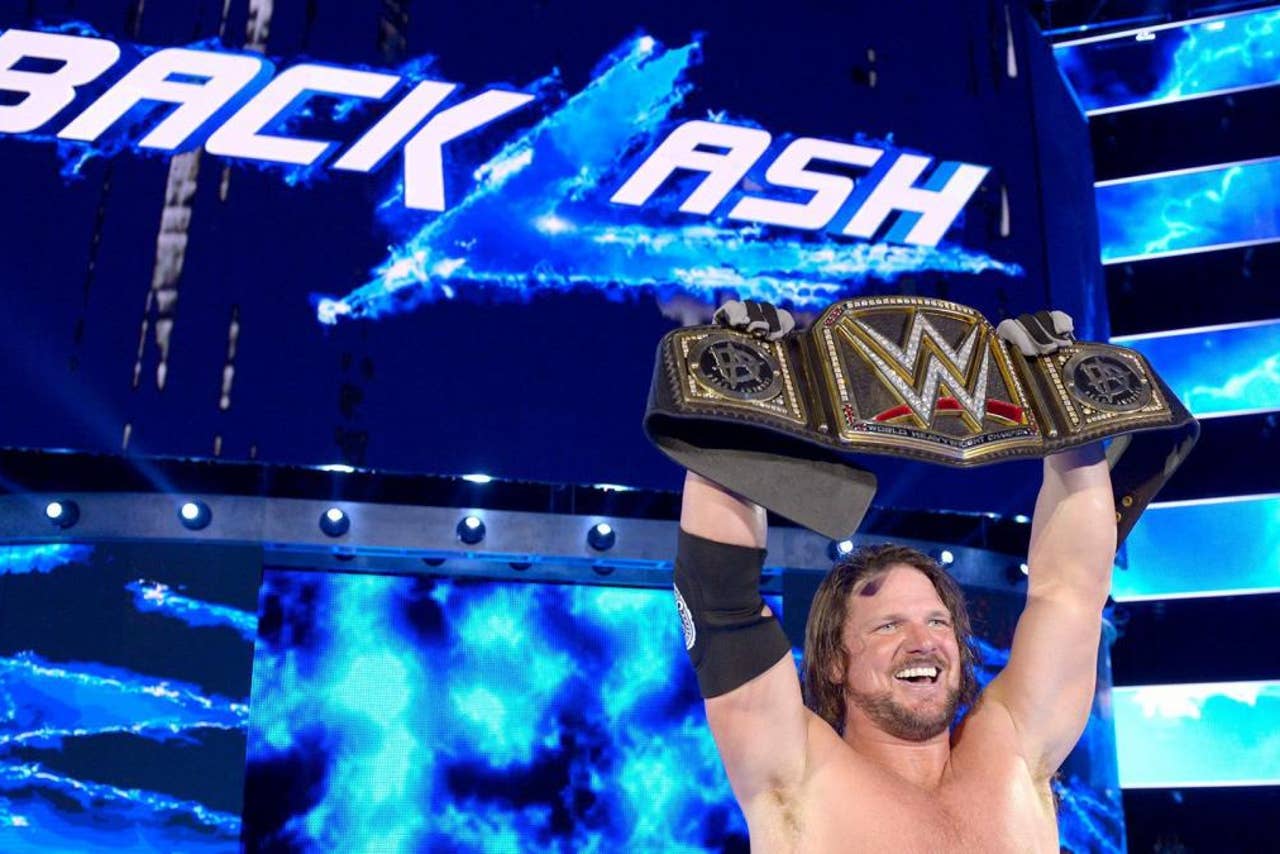