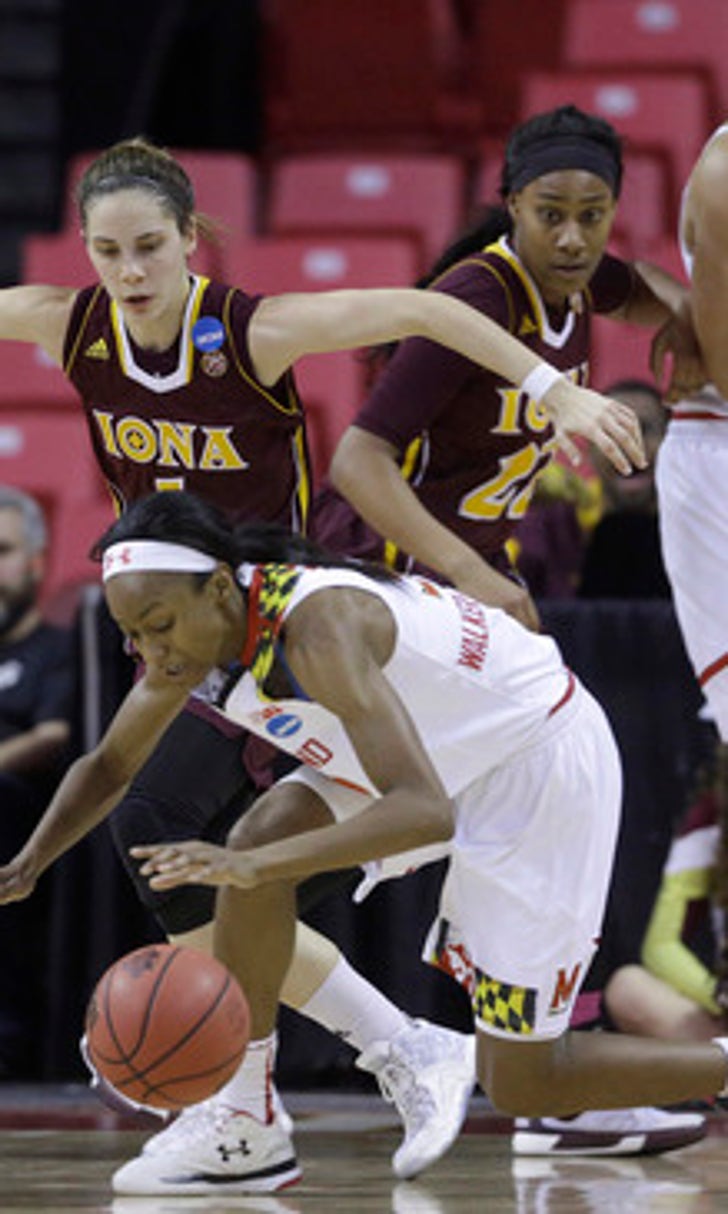 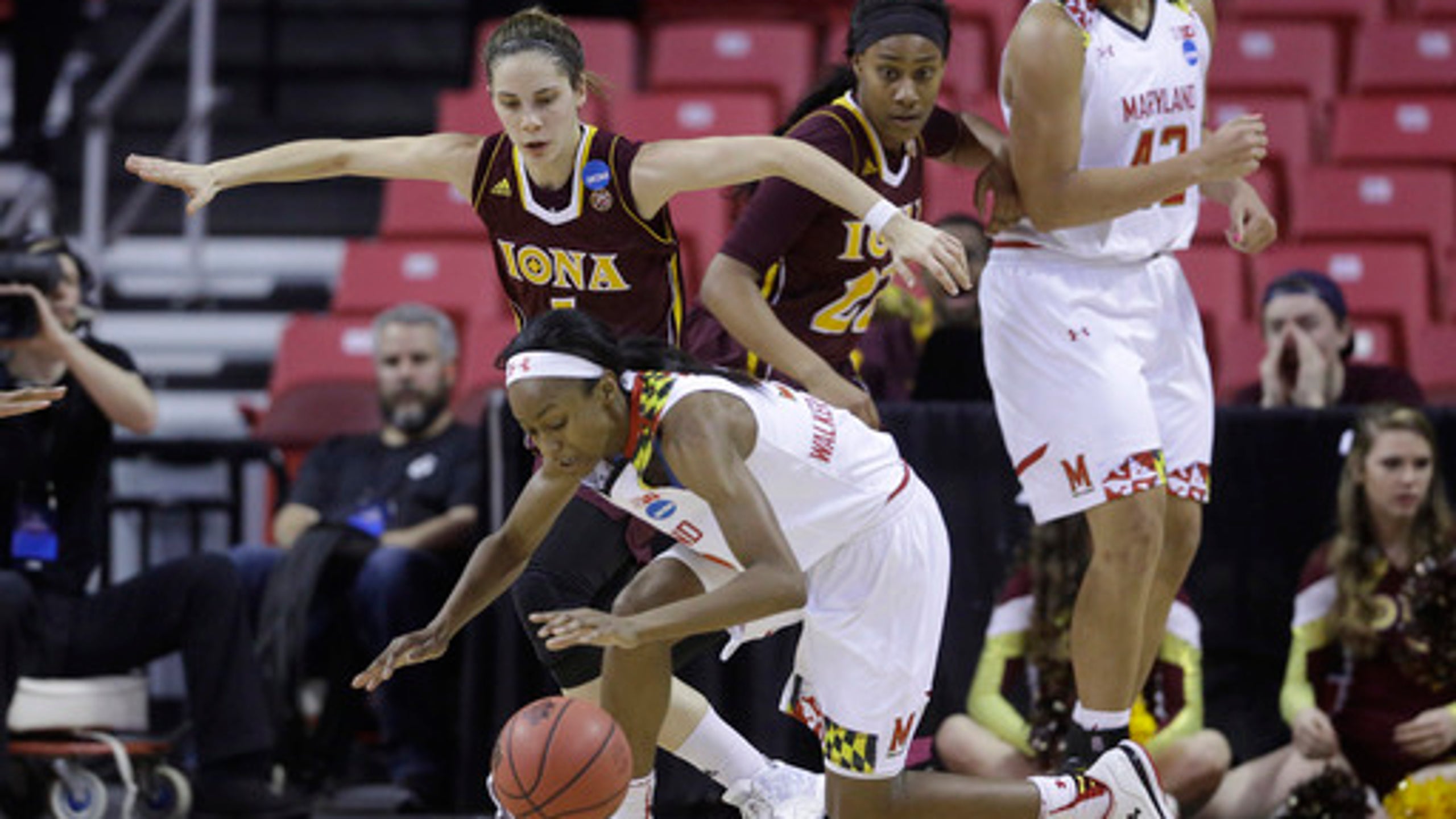 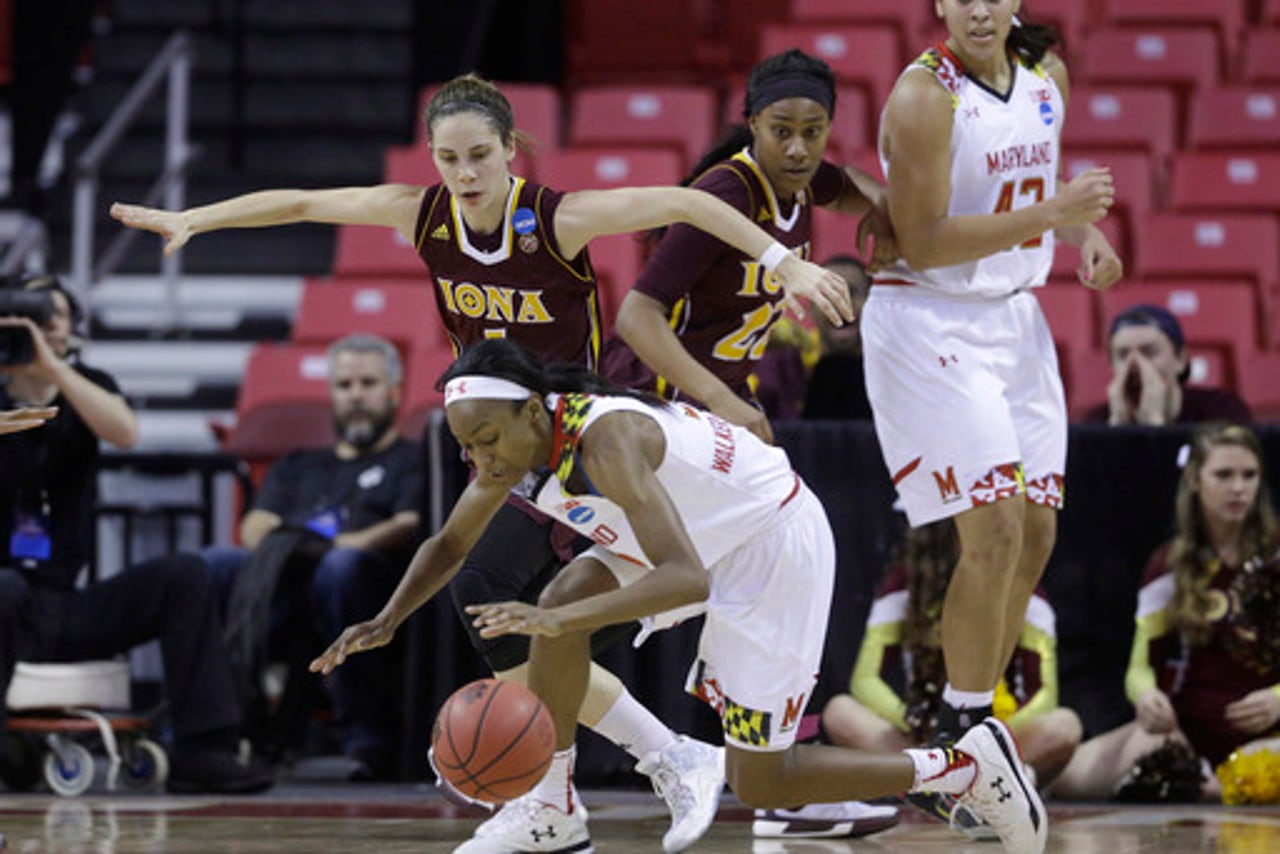 Seeking to ultimately make a third straight appearance in the Final Four, the Terrapins got off to a rocky start on their own court. Maryland (31-3) let a 19-point lead dwindle to 60-53 early in the fourth quarter before finally pulling away from the 15th-seeded Gaels (23-12).

The Terrapins committed 19 turnovers, 11 before halftime. But the two-time Big Ten champions finished with a 42-27 rebounding advantage and outscored Iona 15-6 at the foul line to extend its winning streak to 10.

Iona earned a berth in the tournament by winning the Metro Atlantic Athletic Conference crown. Facing a team rich in NCAA Tournament experience, the Gaels put up an impressive fight before succumbing.

Philecia Gilmore made seven 3-pointers and finished with 21 points.