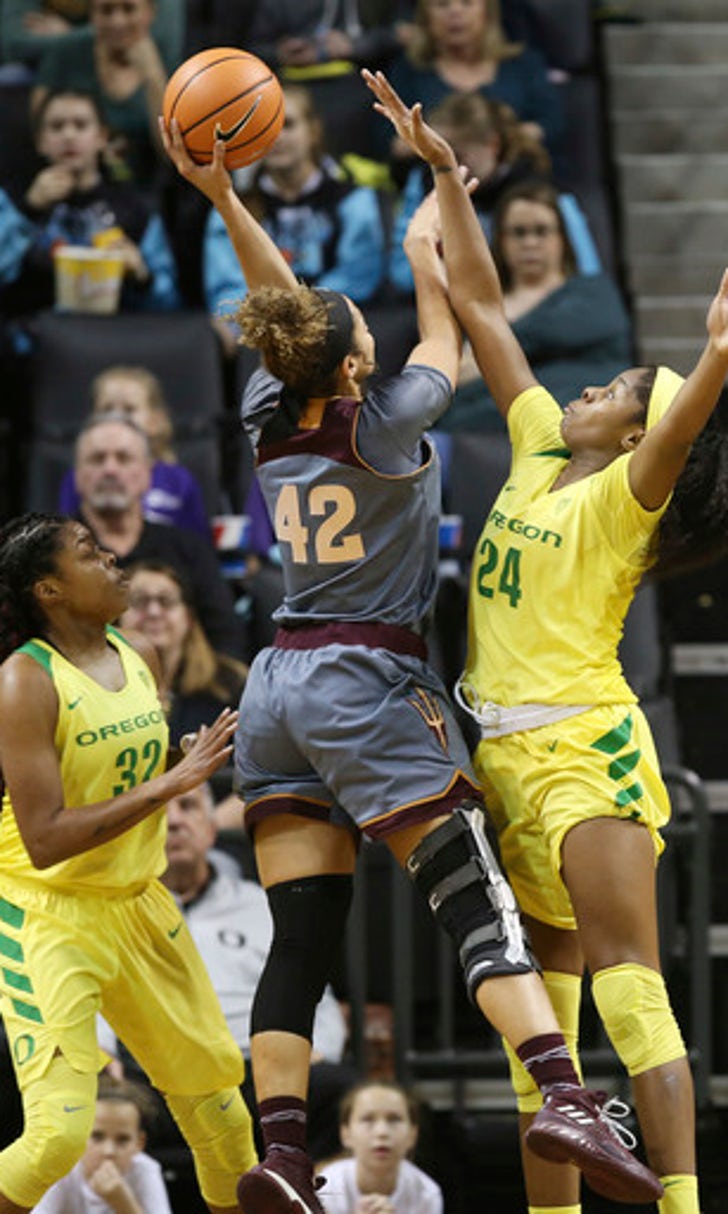 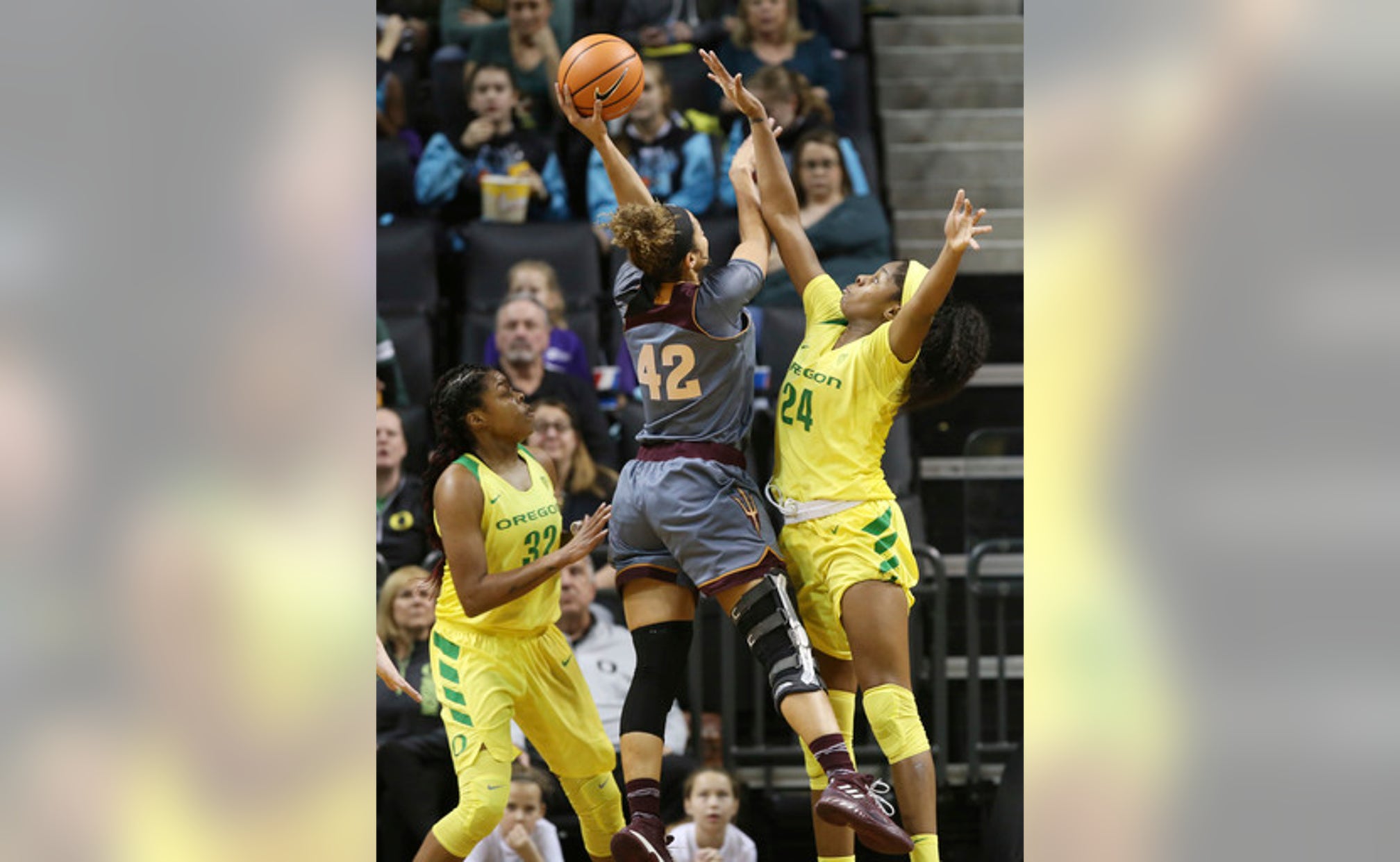 EUGENE, Ore. (AP) On a near-record shooting night for No. 8 Oregon, it was still the Ducks' defense that made the difference.

Sabrina Ionescu scored 26 points and Ruthy Hebard added 20 to lead Oregon to a 74-64 victory over No. 18 Arizona State on Sunday night.

Just as they had against Arizona two nights earlier, the Ducks gave up only five points in the third quarter.

''I think we need to come out dialed in defensively,'' Ionescu said, ''and I don't think anyone can stop us.''

Oregon broke open a close game by starting the third quarter on a 19-2 run as Arizona State missed seven of its first eight shots and committed six turnovers in the first 8 1/2 minutes of the second half.

''That was uncharacteristic the way we turned the ball over. . Our starting backcourt just kind of struggled tonight, and this is not a backcourt you can struggle against.''

ASU was missing its second-leading scorer, sophomore Jamie Ruden, who suffered a concussion in the third quarter of Friday's loss at Oregon State.

''She's a matchup nightmare,'' Turner Thorne said of her top reserve, ''and our best 3-point shooter.''

Hebard was too much for the Sun Devils inside, going 9 of 9 from the floor for her third perfect shooting game of the season. Hebard came into the game fourth in the nation in shooting at 66.9 percent, and she's now at 75.8 percent in conference games.

''She has teammates who are getting her the ball. So she can just catch and score,'' Oregon coach Kelly Graves said. ''She just has to catch the ball, it's that easy. I'm really proud of Ruthy. She keeps improving.''

Cazorla had 11 points and three of Oregon's five 3-pointers in the second half, and she and Ionescu each had five assists.

''She's a calming influence,'' Graves said of Cazorla. ''She's our rock. She's the player we always count on.''

Oregon holds a one-game lead on unranked Stanford and is up two games on four other teams with its best start ever in the Pac-12. Rivalry week looms with two games against Oregon State for the Ducks, who are 0-6 against the Beavers under Graves.

Arizona State shares third place in the Pac-12 with three other ranked teams and plays four of its next six conference games at home.

Oregon's all-time-high No. 8 ranking could improve after the weekend sweep and losses by three teams ranked above the Ducks. ''I think they could be ranked higher, I honestly do, I'm not just saying that, in terms of some teams in the country,'' Turner Thorne said. ''They've got all the pieces.''

Oregon was 8 of 11 from the field as it pulled away in the third quarter and was 25 of 35 (71.4 percent) entering the fourth before cooling off to miss the school record for accuracy (69.6 percent) set 18 years ago.

Turner Thorne said the biggest difference in Oregon this season is on defense. ''Last year they were more of a score-more team, and this year they're really working hard to be more aggressive and lock teams down,'' she said. ''They're legit.''

Arizona State didn't get to the foul line in the first half but hit 10 of 11 free throws in the second half. ... Oregon senior Lexi Bando, who's scored 60 percent of her 1,246 career points beyond the arc, didn't attempt a 3-pointer and went scoreless for the first time this season. ... The Ducks improved to 4-2 against ranked teams.

Oregon: Plays the first game of a home-and-home weekend series at No. 22 Oregon State on Friday night.