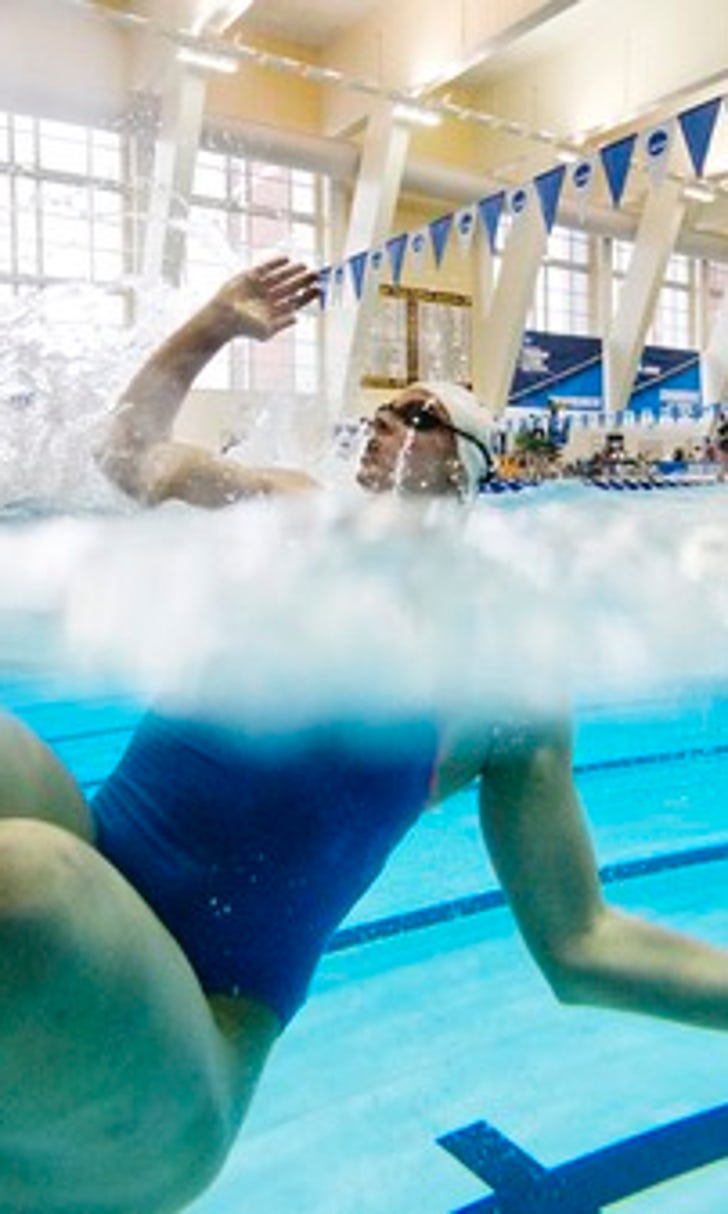 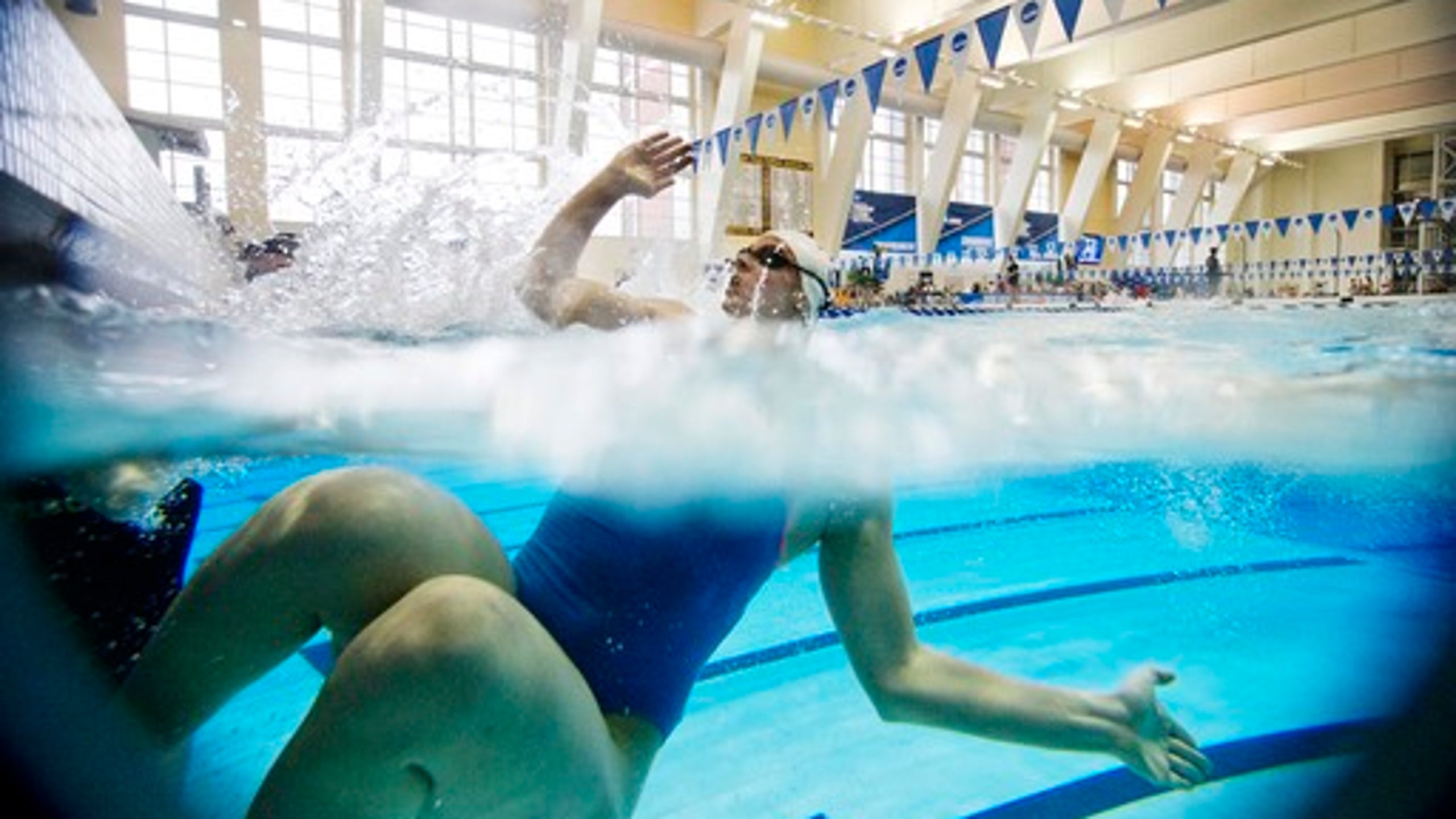 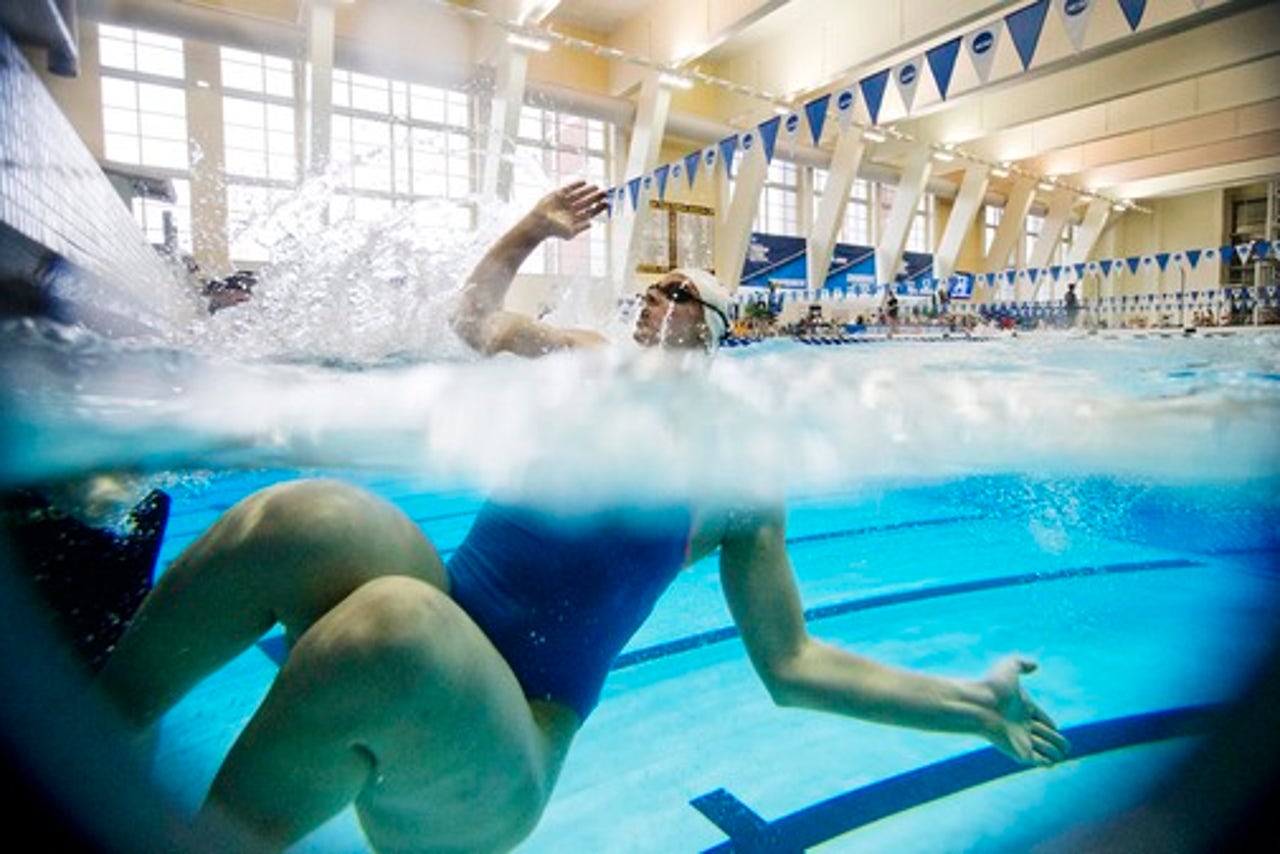 ATLANTA (AP) Even as Georgia got passed on the last lap of the final event, Jack Bauerle began to celebrate on the pool deck.

The coach knew his Lady Bulldogs had locked up another national title.

It was especially sweet for Bauerle, considering he wasn't around for the last one and never expected this one.

Projected to finish no higher than fourth, the Lady Bulldogs led from start to finish at the NCAA women's swimming and diving championships, claiming the title for the third time in four years Saturday night. They held off Stanford and defending national champion California.

''The kids came together in a magnificent way since October,'' Bauerle said. ''We were not this team then. Not even close.''

Olivia Smoliga gave the Lady Bulldogs a big boost by winning the 100-yard freestyle in 46.70 seconds. Georgia led after each session of the four-day meet and clinched the title in the final event, placing second in the 400 free relay to finish with 414 points. Stanford was next with 395, followed by Cal at 358.

It was the seventh national title for Bauerle, but he wasn't on deck for Georgia's last championship in 2014. He was barred from his coaching job for a year after running afoul of the NCAA over allegations he made special arrangements for star swimmer Chase Kalisz to take an independent study class to maintain his eligibility.

Associate head coach Harvey Humphries ran the team in his Bauerle's place at the 2014 championships in Minneapolis, guiding the Lady Bulldogs to their second straight title though it went on Bauerle's record.

''Not many people can say they won one from the house,'' he quipped.

While making it clear he felt the whole situation was overblown by the NCAA, Bauerle accepted his punishment and returned to the team midway through the 2014-15 season. The Lady Bulldogs settled for a runner-up finish behind Cal, which was led by Missy Franklin.

The Olympic star has since turned pro and is getting ready for the Rio Games. Without Franklin, the Bears were denied their fourth national title in six years.

Smoliga held off 2012 Olympian Lia Neal of Stanford to take the 100 free, pounding the water with her right arm when she saw her time on the scoreboard at the McAuley Aquatic Center on Georgia Tech's campus, site of the aquatic competition at the 1996 Atlanta Olympics.

''That was hopefully a boost of confidence for everyone, because it definitely got me fired up,'' Smoliga said.

Stanford gave itself a shot going into the last event, picking up a total of 33 points in platform diving. Gracia Leydon-Mahoney won off the big tower, and teammate Lilly Hinrichs was sixth. Georgia didn't have anyone in the diving final and had its lead sliced to 380-365.

But the Bulldogs were in front most of the way in the 400 free relay before Southern California's Anika Apostalon surged to the victory on the final leg, passing Hali Flickinger.

It didn't matter. The runner-up finish was enough to clinch the title, with Stanford in fourth and Cal struggling home sixth. Bauerle began pumping his fists as Flickinger made the next-to-lap flip in the short-course pool; when she touched behind Apostalon, the coach hugged Humphries and began high-fiving his other swimmers on the deck.

''This one was special because it was very unexpected,'' said Bauerle, having dried out after taking a celebratory dip in the pool with his team.

In other events on the final night of the meet, Lilly King led a 1-2 finish for Indiana in the 200 breaststroke. She set an American record of 2 minutes, 3.59 seconds, far ahead of teammate Miranda Tucker. Afterward, the freshman roommates watched the end of Indiana's victory over Kentucky in the NCAA basketball tournament on a TV in the media room.

Kentucky's Danielle Galyer captured the 200 backstroke in 1:49.71, leaving Virginia's Courtney Bartholomew with the fifth runner-up finish of her career. It was the senior's final race.

Leah Smith of Virginia won the 1,650 free in 15:25.30, more than 10 seconds ahead of Georgia's Brittany MacLean. Louisville's Kelsi Worrell claimed the 200 butterfly in 1:50.96, edging out hard-charging Stanford freshman Ella Eastin by just 0.08 seconds.

King was honored as the top swimmer at the meet, while Sharae Zheng of Nevada claimed the award as the leading diver. In addition, Bauerle was picked as the women's coach of the year for the seventh time.

Georgia Tech will next host the NCAA men's championship, which begins on Wednesday.