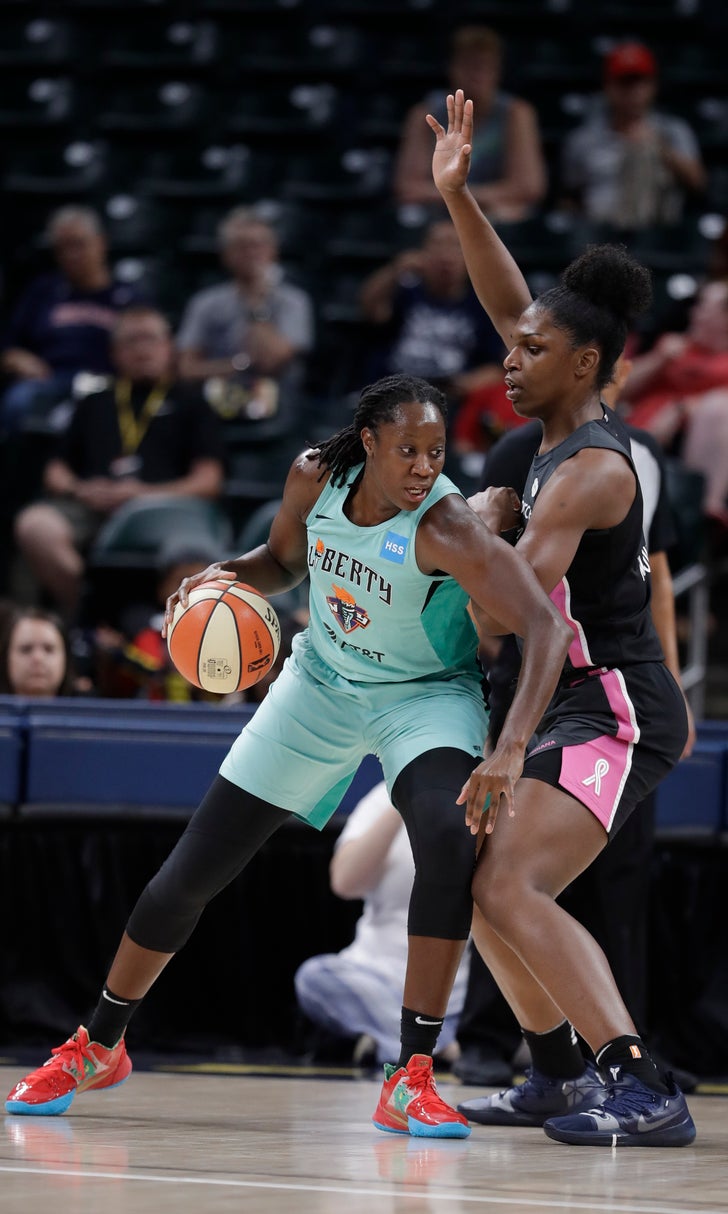 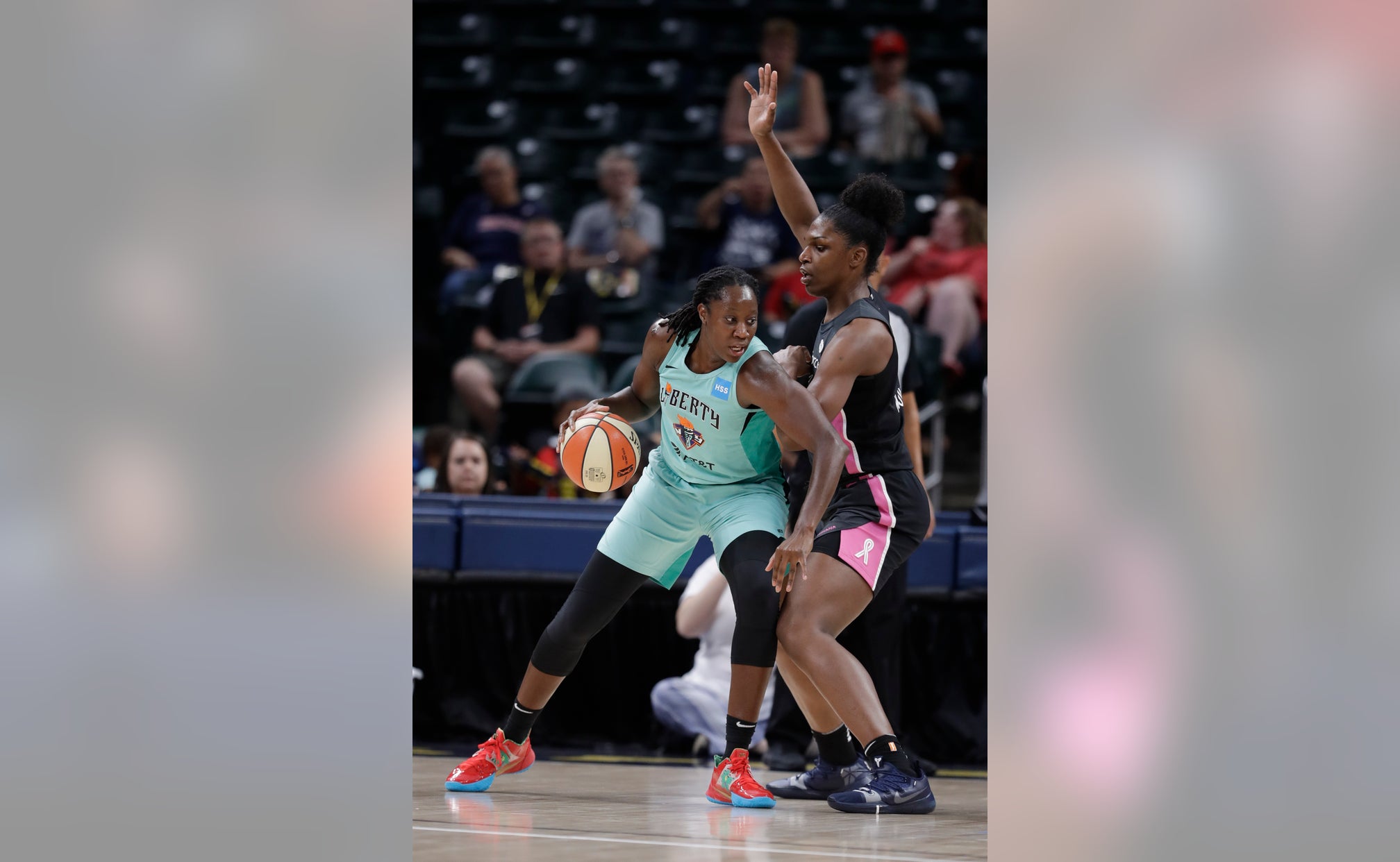 Charles moved into sixth on the WNBA's career list for field goals made and 15th for blocks.

Charles led the way in the first half with 21 points and nine rebounds to help New York take a 43-37 lead. The Liberty led by as many as 17 points in the first half. Indiana tied it at 61 in the second half but couldn't take the lead.