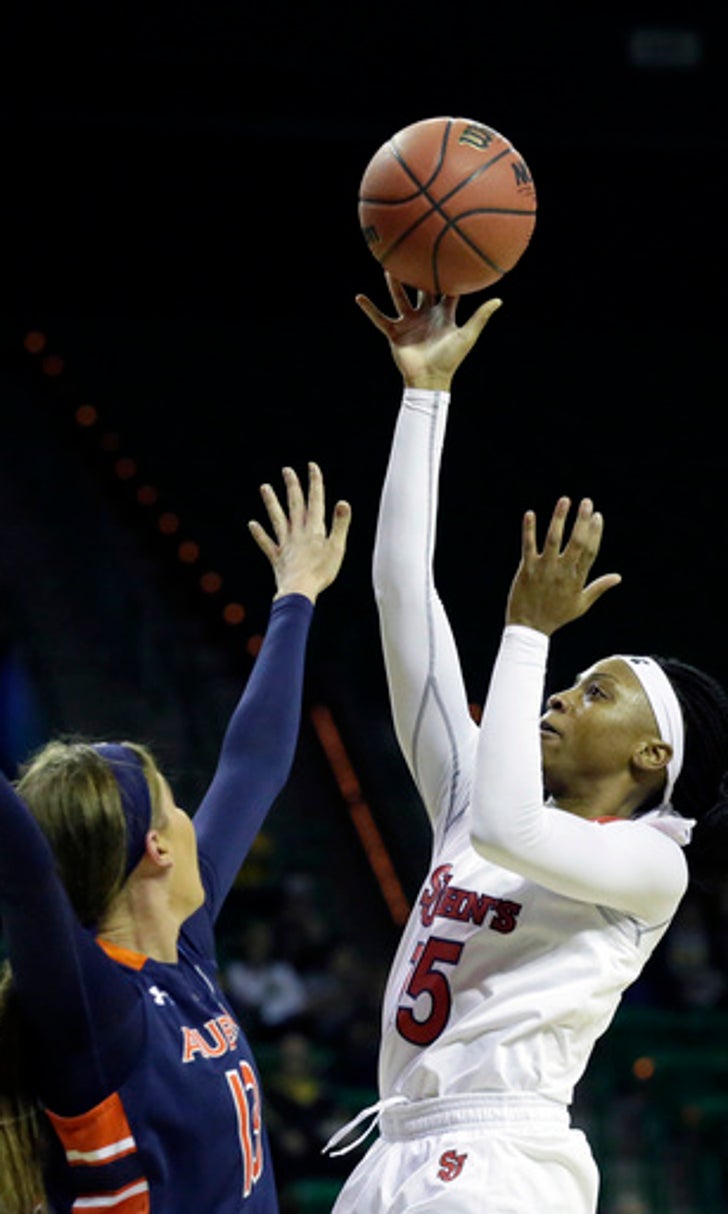 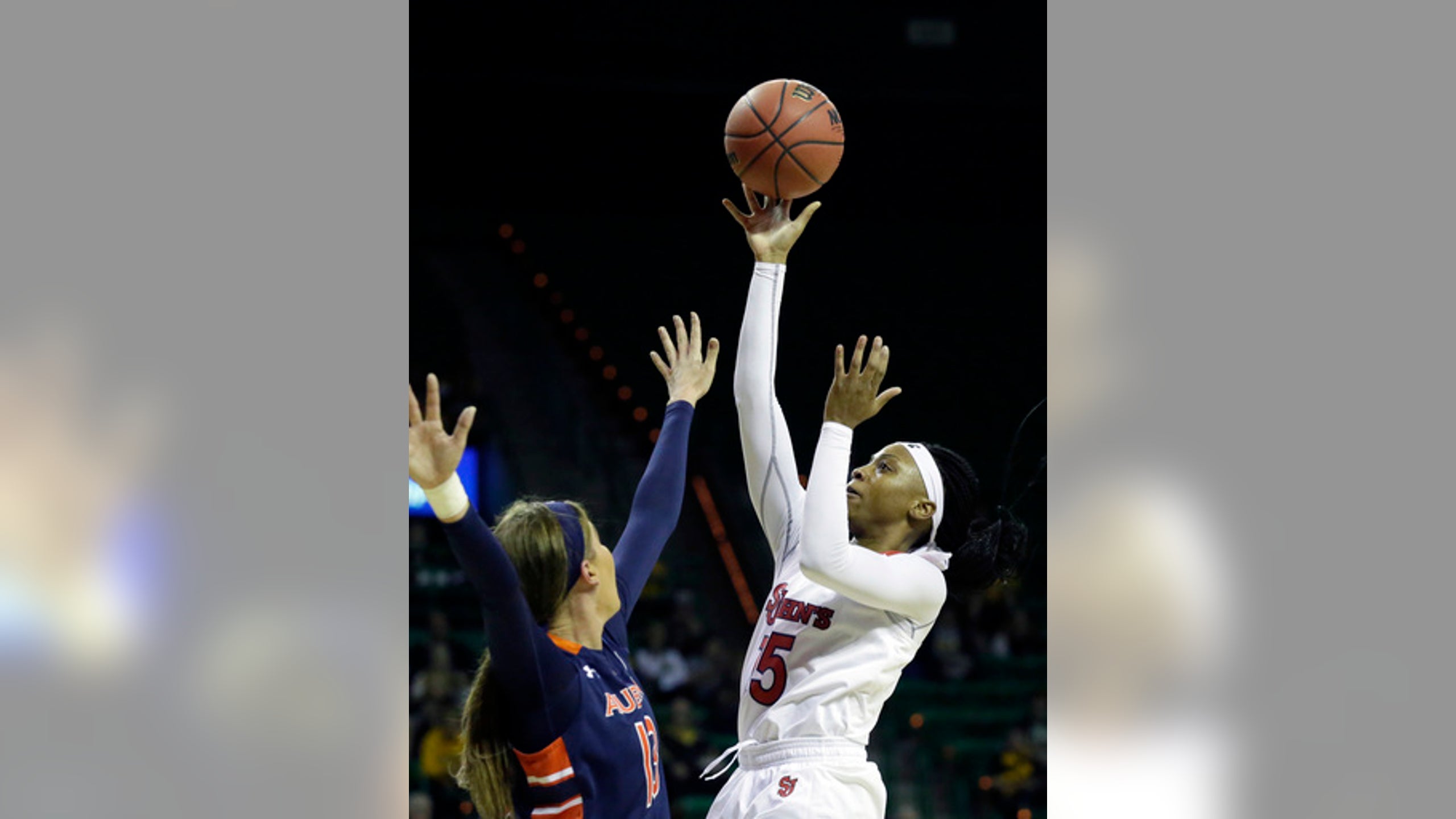 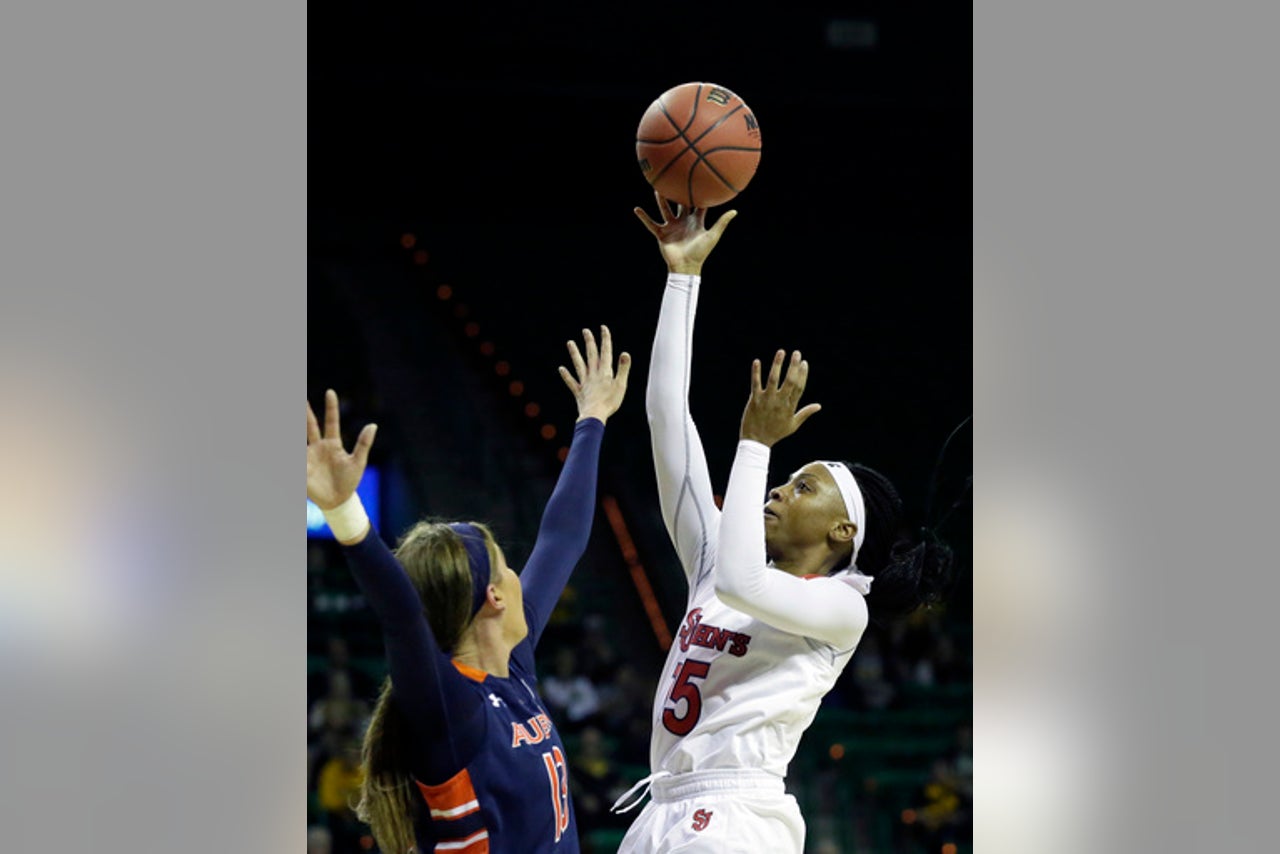 WACO, Texas (AP) There are all those potential rematches for Baylor in the later rounds of the women's NCAA Tournament.

The Big 12 champion Lady Bears (34-1), the top seed in the Dallas Region, first have to settle an old score on their home court to advance.

Their second-round game Sunday night is against Auburn (20-12), the last unranked opponent to beat Baylor in the Ferrell Center. That was in the WNIT final 13 years ago.

''We were in the beginning stages of building this program to where it is today,'' coach Kim Mulkey said Saturday. ''That being the only year we didn't make the NCAA Tournament doesn't mean that that wasn't a very, very valuable year for our program. I think it helped us.''

Mulkey finished her third season at Baylor with that WNIT loss, two years before the Lady Bears won the first of their two national championships. There have also been seven Big 12 titles, including the last six, and they are one win away from going to the Sweet 16 for the 11th time in 13 seasons since then.

''We have a standard here, and coach Mulkey holds us to it,'' three-time All-Big 12 forward Nina Davis said.

As for the only time the Lady Bears played Auburn before, Davis said she wasn't even aware of that tidbit until being told about it.

''That doesn't have anything to do with me,'' senior point guard Niya Johnson said. ''I just know that we have to come out with the same energy we came out with (Friday) against Idaho and stay in attack mode.''

Since Auburn hit a game-winning shot with 3 seconds left for a 64-63 victory in 2003, the Lady Bears have won 165 consecutive home games against unranked opponents. That includes Friday's NCAA opener, 89-59 over Idaho.

''I actually didn't know that. But that's really cool,'' Auburn junior forward Katie Frerking said of the 2003 game. ''We love playing for Auburn, and it's really special to come out here and have a chance to do something that hasn't been done in a long time, and to be another Auburn team to do that. ... That's real cool.''

Fourth-year Auburn coach Terri Williams-Flournoy said what happened 13 years ago doesn't make much of a difference, but knowing that ''rings a little bell to you.''

Auburn: Williams-Flournoy said the first thing her players look at on the box score after a game is how many turnovers they forced and how many steals they had. The Tigers forced 25 turnovers that led to 32 points against St. John's, and had 13 steals. ''We're going at teams to get traps and just be aggressive the whole time,'' senior center Tra'cee Tanner said. ... Frerking attended several Baylor football games when her brother, Andrew, who was a backup quarterback for the Bears from 2011-14. ''It's sort of weird being here and not actually cheering for a Baylor team,'' she said. ''It's cool to be back, but definitely I'm here with a different goal and a different mindset.''

Baylor: With a win Sunday, the Lady Bears still have the chance for potential NCAA rematches against Louisville, Texas A&M, Connecticut or Notre Dame - the teams responsible for their last five NCAA losses (Notre Dame twice). ... Freshman starter Beatrice Mompremier left early in the second half of Friday's game when her shoulder popped out of place. That has happened several times this season, and something the 6-foot-4 post player has dealt with since her junior year in high school. ''When I extend my arm back way too far, it usually happens,'' said Mompremier, who likely will get that fixed after the season.