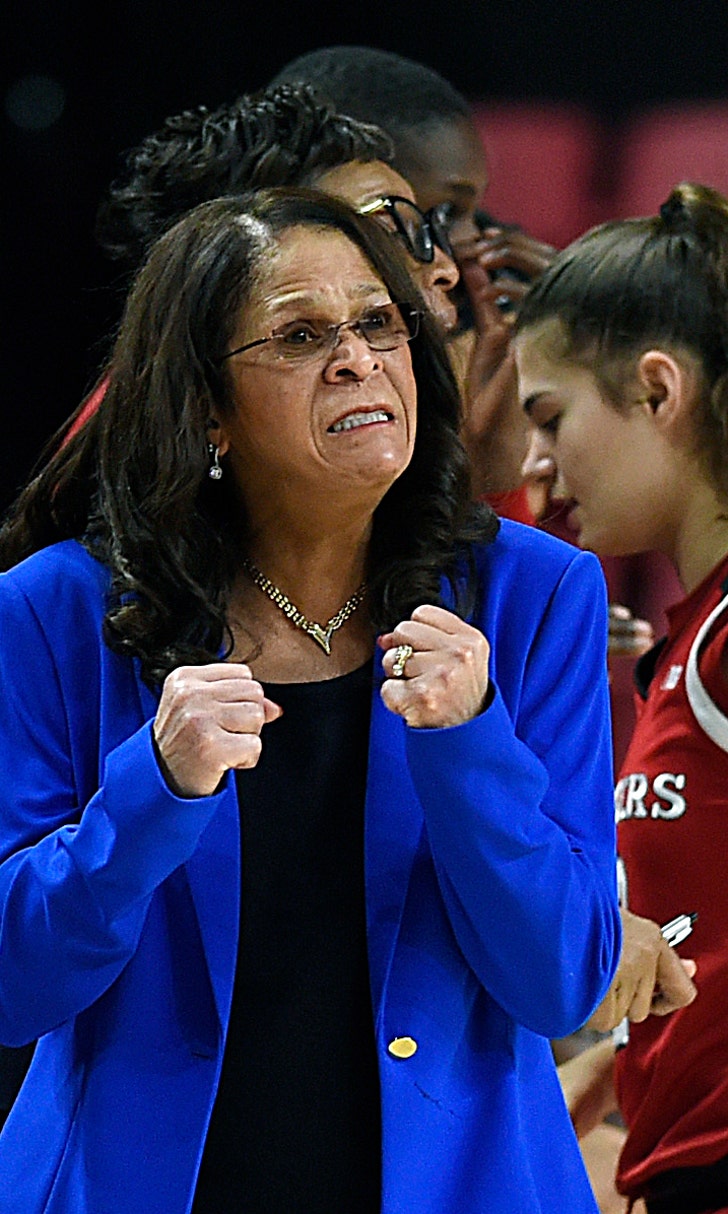 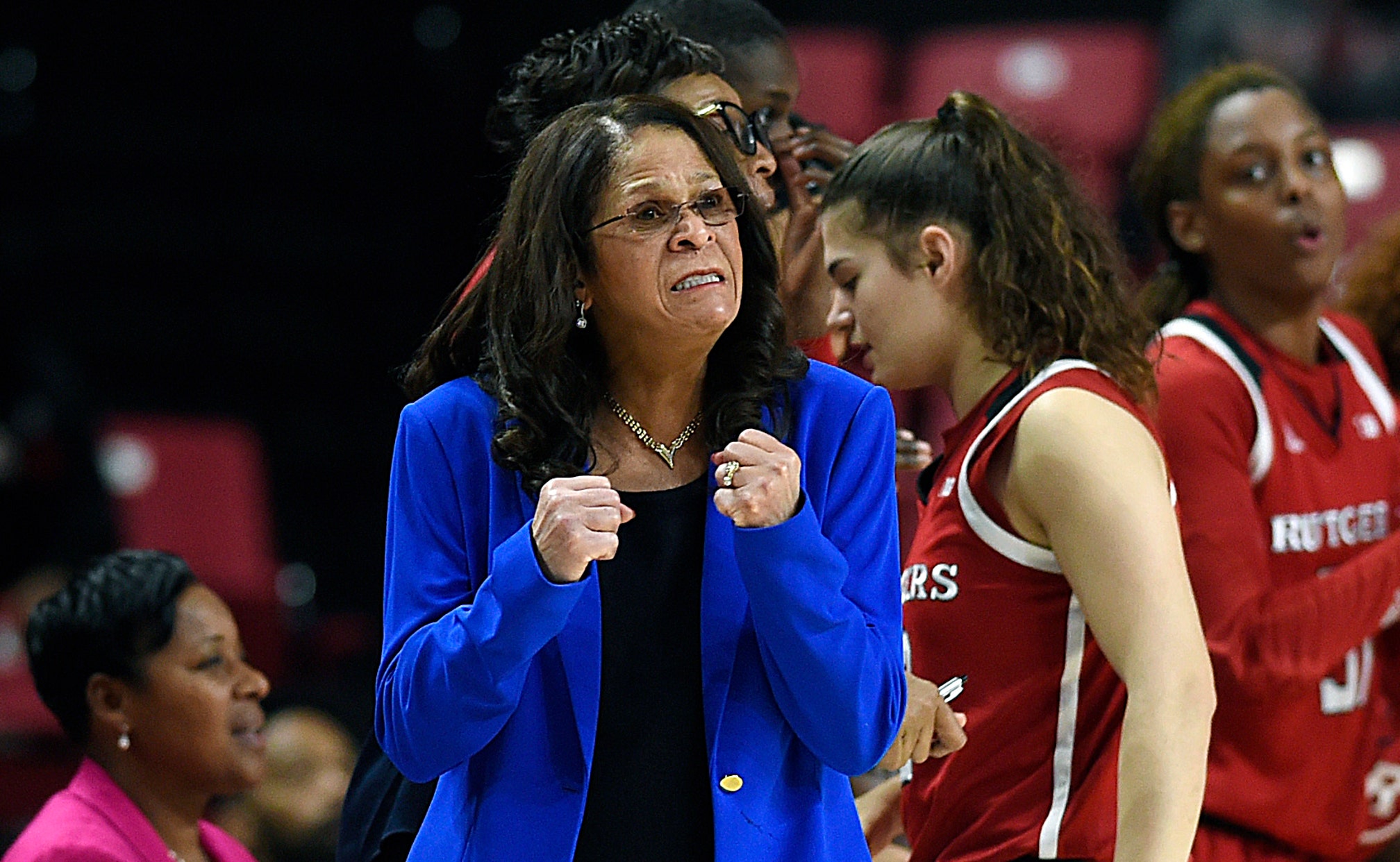 Rutgers coach C. Vivian Stringer, who this season posted her 1,000th victory, is taking off the rest of the regular season on the advice of doctors.

The announcement Sunday by the Big Ten school came three days after the 70-year-old Hall of Famer missed a game at Michigan.

Rutgers said Stringer is expected to return for the postseason. The Scarlet Knights (18-8, 10-5) were ranked this month and are expected to make the NCAA Tournament.

"As you can imagine this was not an easy decision; however, in consultation with my doctors, it is in my best interest to spend time to get healthy before returning to the day-to-day grind of coaching," Stringer said in a statement.

"I know our young ladies can finish the season strong playing Scarlet Knight basketball and I will rejoin the team as soon as I can."

Federal law prevents the school from discussing her condition.

Eatman served as acting head coach for three games following the illness and death of Stringer's mother, Thelma Stoner, in 2016.

Rutgers has three regular-season games left, starting with a home game against Wisconsin on Monday.

She was the fifth Division I women's coach to achieve the milestone and sixth overall. She is the first African-American coach to reach the mark.

Stringer is the only women's coach to take three different teams to the Final Four: Cheyney State in 1982, Iowa in 1993 and Rutgers in 2000 and '07. Her teams have appeared in 26 of the 36 NCAA Tournaments and made 10 regional finals.

Rutgers last appeared in the NCAA Tournament in 2015.