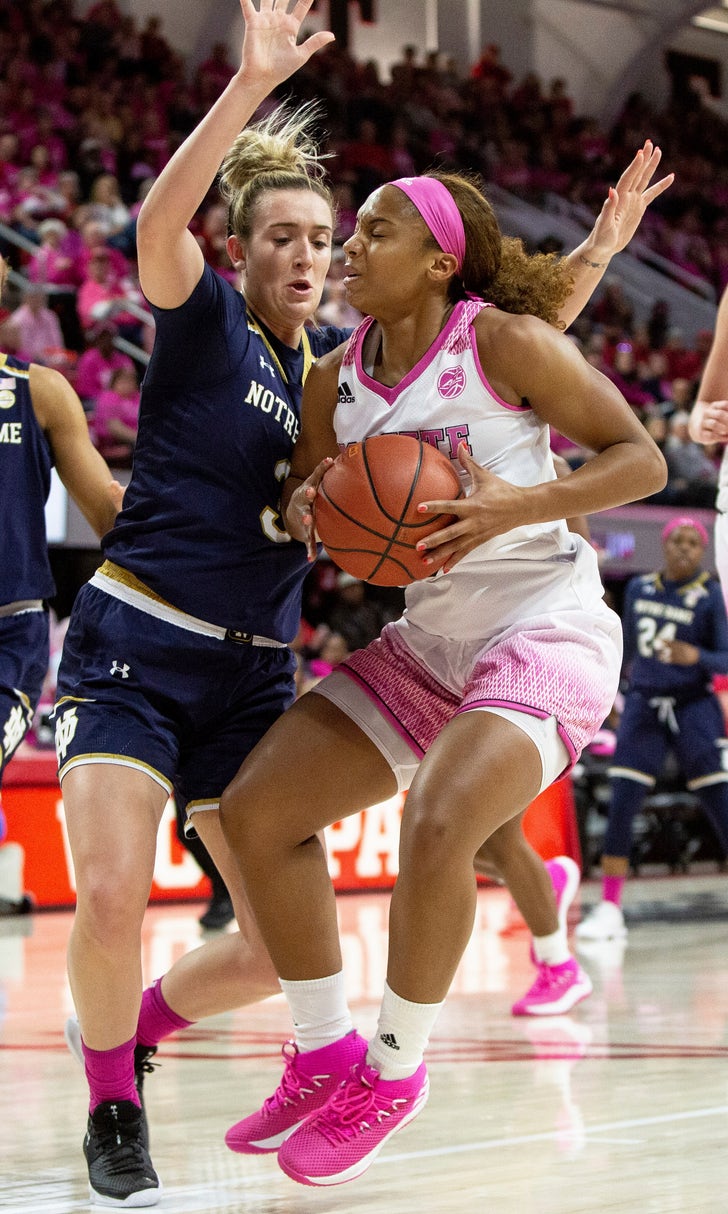 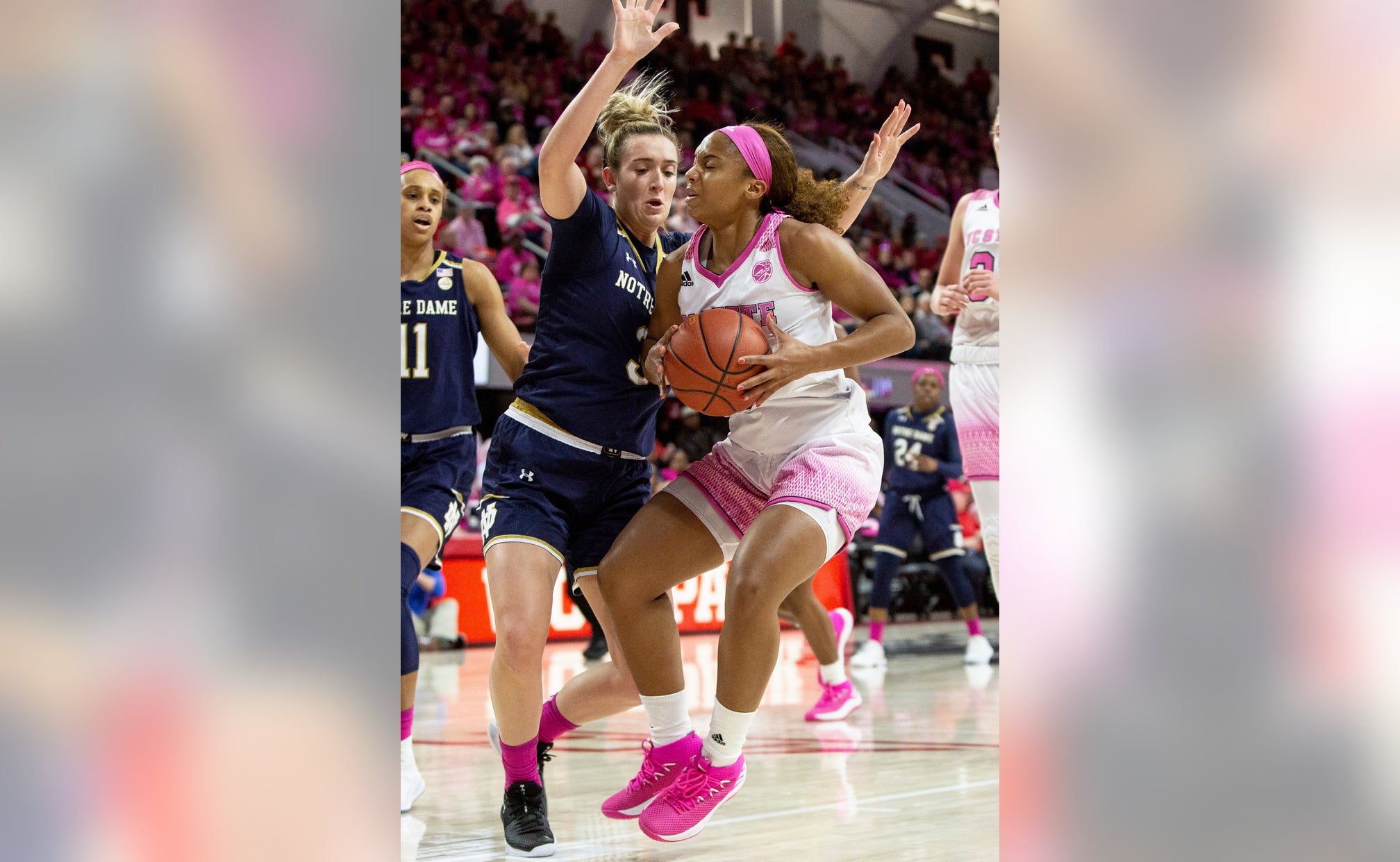 previous story
Giants manager Bruce Bochy to retire after this season
next story
Winning with Binnington: Blues goalie making most of chance

RALEIGH, N.C. (AP) — Once Notre Dame gets loose in transition, it's hard for anybody to slow the fifth-ranked and reigning national champion Fighting Irish. Ninth-ranked North Carolina State never figured out a way, either.

"I thought the second half was about as well as we've played all year," Irish coach Muffet McGraw said. "I thought we put 20 really good minutes together defensively. We got some steals, we rebounded, we got the break going. And I think when we can get going in transition, we can score."

Leading just 41-36 at halftime, Notre Dame soon got rolling at a fast-paced clip to build a lead that steadily grew into a lopsided margin.

When the quarter was over, Notre Dame had scored 34 points — an unsustainable 136-point pace — and made 14 of 21 shots (.667). That included 15 fast-break points, the last coming when Marina Mabrey found Jackie Young for a transition layup to beat the horn and give Notre Dame a 75-59 lead entering the final quarter.

Freshman Elissa Cunane scored a season-high 28 points for the Wolfpack (22-3, 9-3), who shot just 39 percent after halftime.

N.C. State coach Wes Moore said the team normally sends one or two guards back to defend against transition chances, but tried sending all three back this time. It didn't work, and compounded matters by helping the Irish dominate the boards against a Wolfpack team that had been outrebounded only twice all year.

Notre Dame: The reigning national champions responded with veteran precision to most anything the Wolfpack tried to do. Notre Dame dominated the glass (45-28) to finish with 18 second-chance points, scored 24 points off turnovers and had 37 fast-break points.

"I think the third quarter was just our defense," said Jessica Shepard, who had 18 points and 13 rebounds. "We know anytime we get stops on defense, that means we can get out and run."

N.C. State: N.C. State had upset of the Irish in its Reynolds Coliseum home before, snapping their 35-game winning streak against ACC opponents in December 2016. But after tying the game at 47 on Aislinn Konig's 3-pointer with 7:03 left in the third, N.C. State — a shorthanded team hobbled by an improbable run of knee injuries — just couldn't keep up as Notre Dame kicked into a dominating gear.

This is always an emotionally significant event in Raleigh: the annual Play4Kay game named in honor of late Hall of Fame Wolfpack coach Kay Yow, who died in January 2009 after a long fight with cancer.

The team donned pink and white uniforms while Moore wore a pink blazer, the color of breast cancer awareness. On the other sideline, McGraw wore pink heels that featured Yow's name and one of her sayings about letting life's challenges "kick you forward."

Versions of the game take place across the country to raise money and awareness for fighting women's cancers. At N.C. State, it includes cancer survivors coming onto the court at halftime — grouped by the number of years they've been survived the fight — to celebrate and be honored.

With Monday's loss, the Wolfpack fell to 2-4 under Moore in Play4Kay games.

"We often refer to Coach Yow and some of her quotes and just what a special person she was," said Moore, who spent two seasons as an assistant coach under Yow. "I think it always a little extra here, but I wish we could back it up by winning a game or two on the occasion as well."