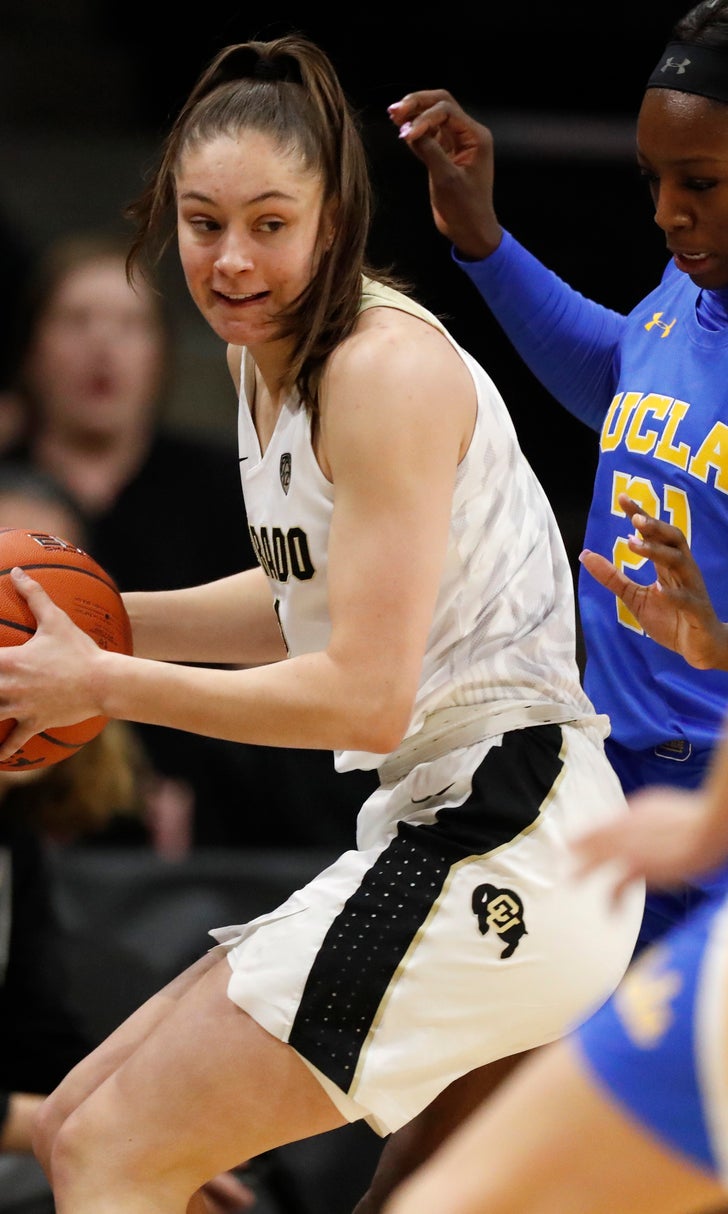 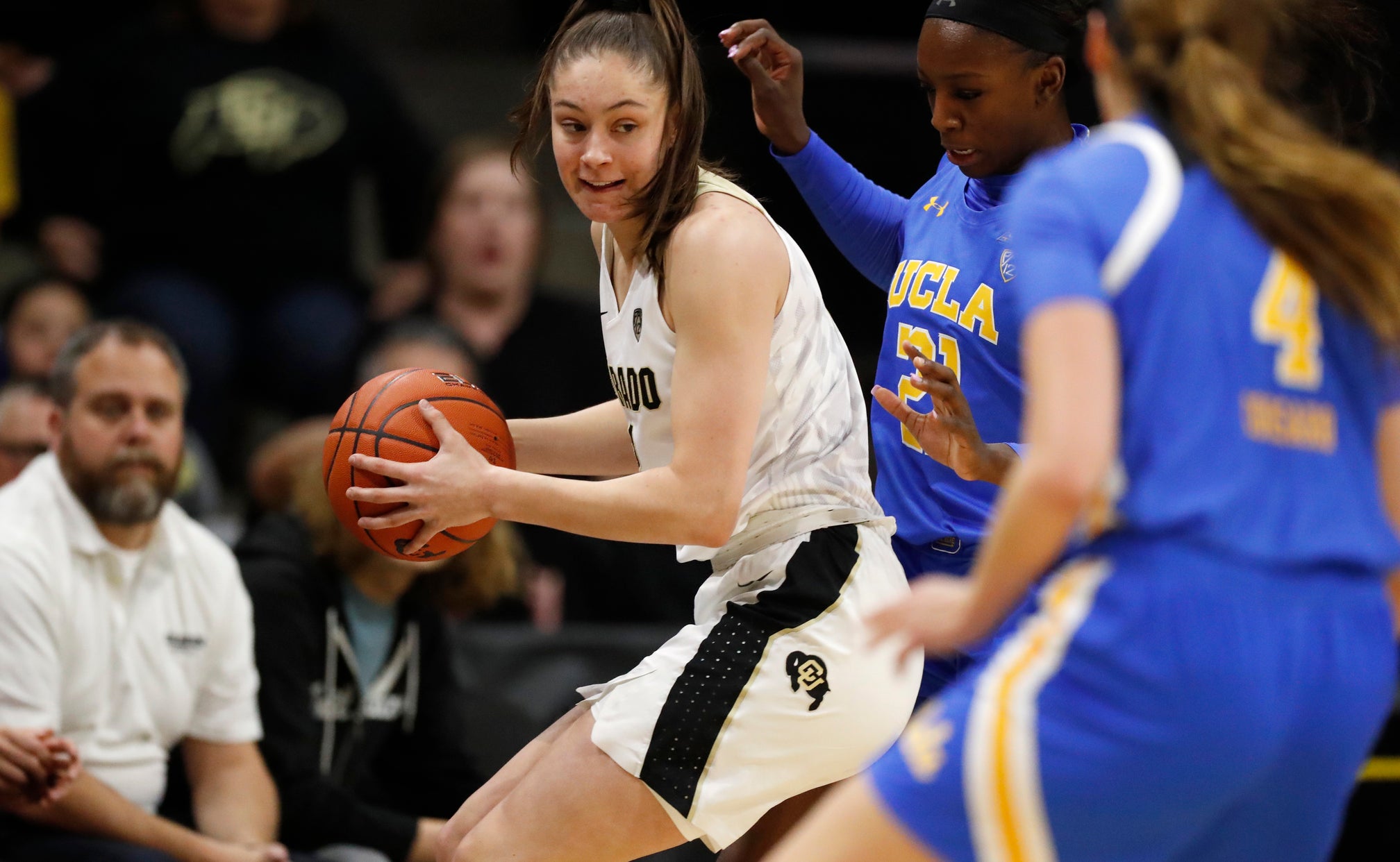 "It's really nice to come back here — except for the altitude," Onyenwere said after leading No. 8 UCLA to a 65-62 squeaker over Colorado on Sunday.

The Aurora, Colorado, native is no longer accustomed to the thin air, but the junior forward was fired up to overcome her burning lungs on her way to 19 points and eight rebounds.

"Means a lot to have a good game and see how far I've come is really humbling," said Onyenwere, who scored 15 points in the first half.

The Bruins looked as if they were going to cruise past Colorado (13-3, 2-3) when they scored the first 19 points of the third quarter to stretch their lead to 54-29.

But the Buffaloes scored the final 11 points of the third, and then chipped away until Peanut Tuitele's layup with 1:05 remaining pulled Colorado to 64-62.

After UCLA called a timeout, the Bruins missed three subsequent shots but grabbed offensive rebounds twice, and then the ball went off Buffaloes guard Quinessa Caylao-do with 19.4 seconds remaining. It appeared she was fouled on the play but no infraction was called, and the Bruins maintained possession.

Japreece Dean hit one of two free throws with 13 seconds left to make it 65-62, and Colorado got the rebound on the miss and called timeout with 10.3 seconds remaining.

Jaylyn Sherrod's contested 3-pointer just before the buzzer was off the mark.

"No panic, we've been in those situations," said Dean, who had 13 points for UCLA, same as Charisma Osborne. "Our defense was not very great at the end. We didn't stop the bleeding and they kept scoring."

"I thought third quarter we came out and totally dominated but I think that's been our Achilles heel is we are not putting four quarters together," UCLA coach Cori Close said. “Our goal is not just winning games, it's getting better and preparing to be our best for March. I was really pleased with how we came out in the third quarter, we held them for 8 minutes without scoring and defense is our anchor.”

Colorado coach JR Payne took solace in the close call: "I am proud of our resiliency and our ability to come back. There aren't many teams in the country that have played UCLA to that type of ballgame, a one-possession game."

Mya Hollingshed scored 17 points for the Buffaloes, who have lost 15 consecutive games to top-10 teams.

UCLA will harp on nearly blowing a 25-point lead but the Bruins did buckle down in the final minute to stay unbeaten and they now know what crunch time feels like, something they can look back on when they have to.

Colorado showed resiliency in overcoming a lull in the second and third quarters to make it a one-possession game by the end. The young Buffs (only one senior) can use this close call as another stepping stone.