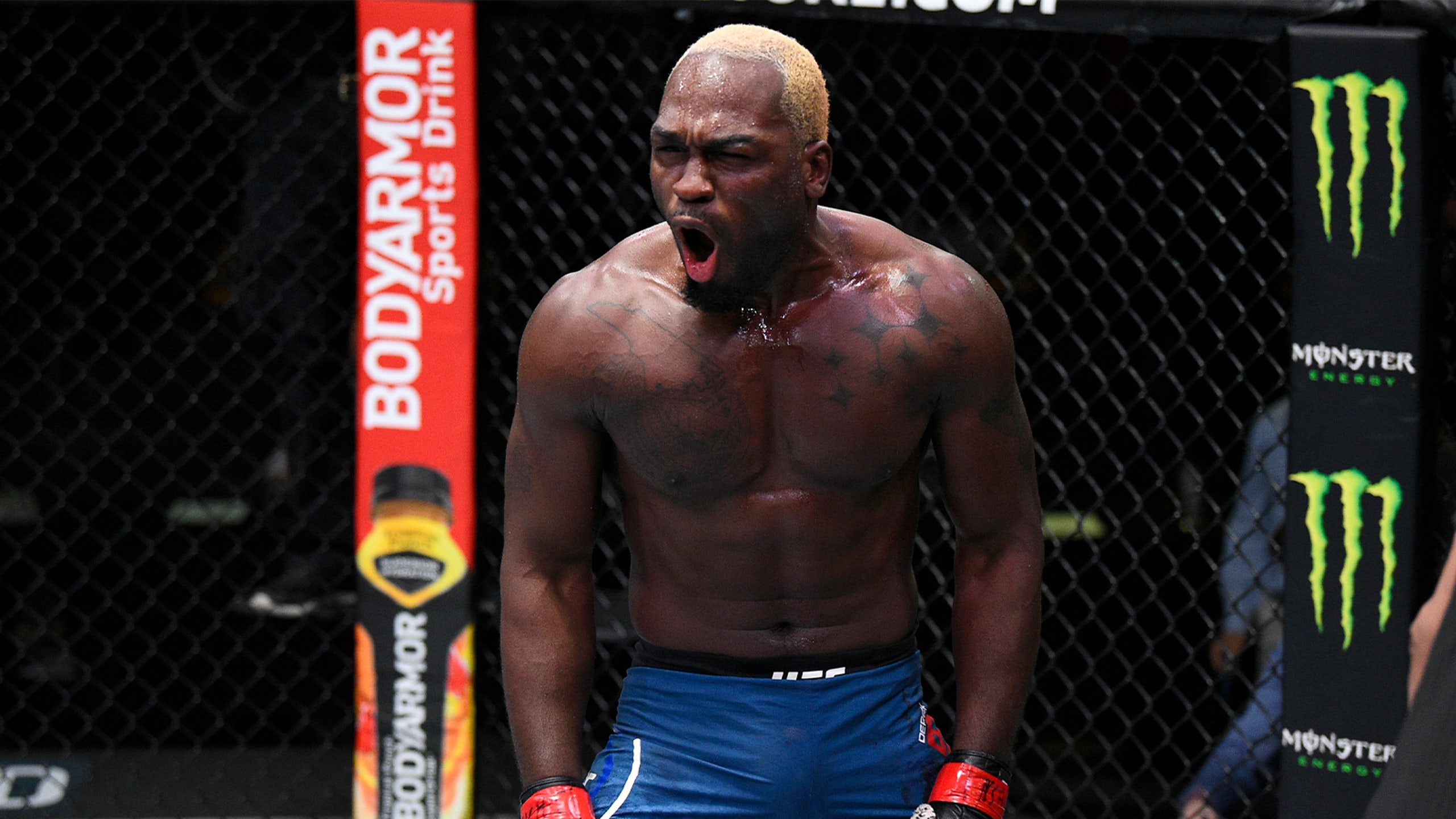 Derek Brunson scored an impressive victory against Edmen Shahbazyan in the main event of UFC Vegas 5, via TKO early in the third round.

Shahbazyan entered the match 11-0, with most of the hype leading into the fight surrounding the 22-year-old’s quest to become the youngest UFC champion in history. Brunson, 36, had different ideas for the young middleweight.

With a combination of patience and well-placed strikes, Brunson began taking the upper hand late in the second round. He capped the round with an emphatic flurry of strikes, bloodying Shahbazyan over his right eye.

A doctor checked Shahbazyan between the second and third rounds and allowed the fight to continue.

Brunson then pounced after he connected with a big left, and referee Herb Dean called a TKO 26 seconds into the round.

After the victory, Brunson addressed the pre-fight negativity he sought to avoid.

“This fight, man, it was so much. It was hard. You know, all the people on social media … just so many people betting against me and having so much negative to say. But I had so much support and that meant way more than the negative.”

Brunson entered the fight as a +290 underdog, according to ESPN, and his win became the largest upset in a UFC main event since Michael Bisping beat Luke Rockhold as a +400 underdog at UFC 199 in 2016.

The win got the attention of Brunson’s peers across the combat sports landscape, including current middleweight champ Israel Adesanya.

With a lengthy camp spent training in Florida for the fight, Brunson plans to spend time with his family before figuring out the next steps. Due to the pandemic, Brunson was unable to leave during the four-week camp.

"I miss my family so much, my kids are everything to me … I want to go and kiss my family. But, believe me, I'm going to talk to my coaches and we'll try to get somebody by next week."

As for Shahbazyan, he was transported to a local hospital for treatment but released a statement and a note of congratulations for Brunson.

Get more from Ultimate Fighting Championship Add to your favorites to get information about games, news and more.
share story