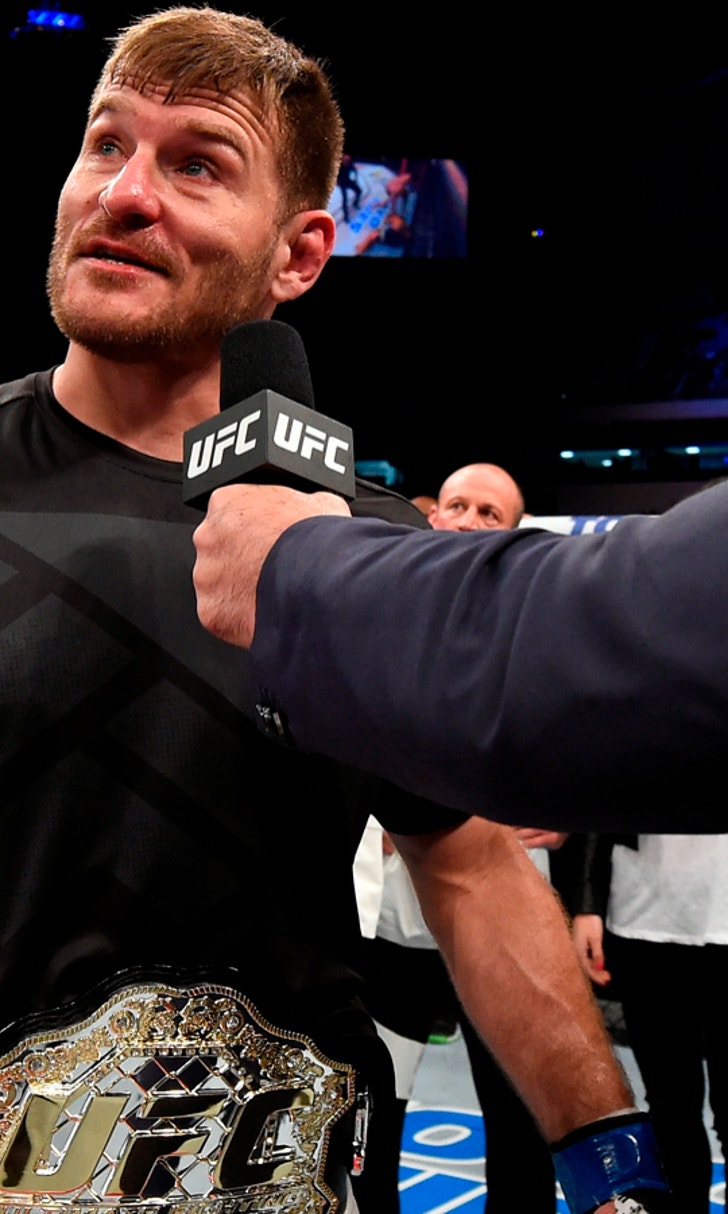 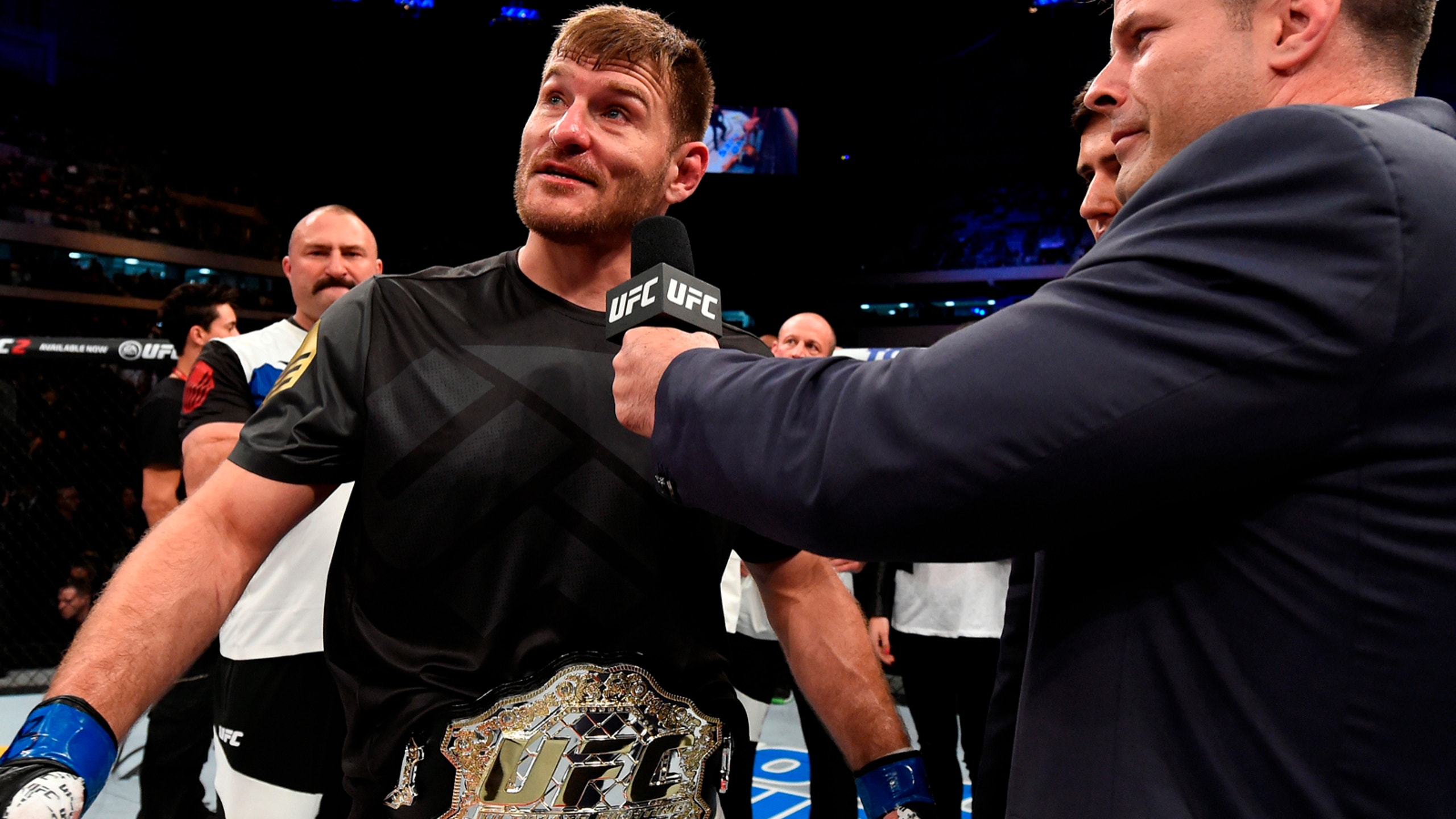 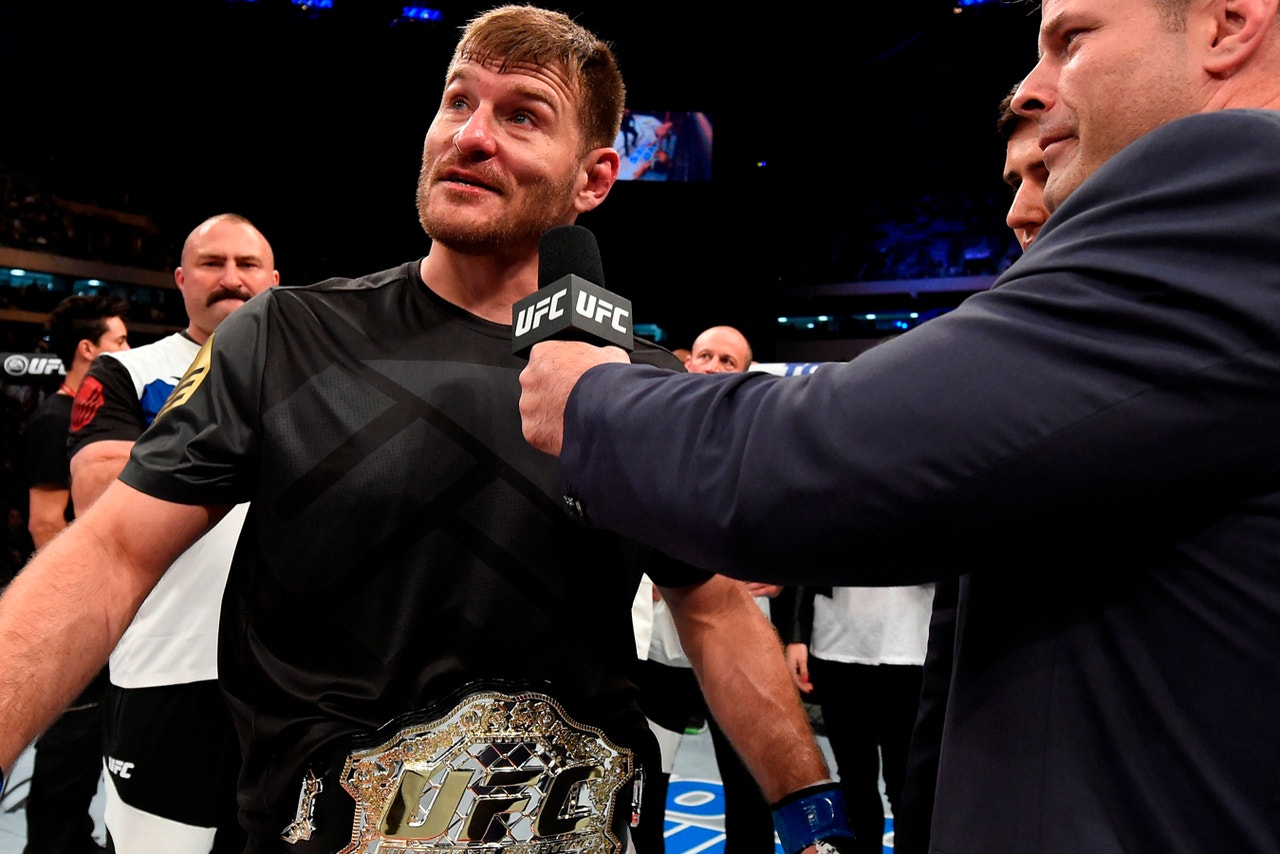 Miocic came back to Ohio with the UFC title after defeating Fabricio Werdum with a vicious knockout in the first round of their UFC 198 main event fight in Curitiba, Brazil, on Saturday.

As soon as Miocic stepped off the plane, fans were waiting to greet him in the airport.

Miocic captured the entire moment on video -- including an emotional hug with friends and family -- and the new champion had to fight back tears as he celebrated his win at home.

"It's kind of overwhelming a little bit," Miocic said. "It hasn't sunk in yet. It's kind of sinking in now. Everyone coming here, cheering me on. It just means so much to me.

"I just wanted to come in and thank everyone before being so supportive. I love Cleveland. 216 all day."

Miocic helped break a 52-year championship curse in Cleveland with his win on Saturday, while joining Mark Coleman and Kevin Randleman as past heavyweight champions from Ohio.

After returning home, Miocic made a bold prediction that he believes his win will help inspire other Cleveland teams to win championships as well. That starts with LeBron James' Cleveland Cavaliers, who are eight wins away from hoisting an NBA championship trophy.

As far as what's next for the new champion, Miocic said his mind is only focused on one thing right now -- getting married in a few weeks to his fiancee.

After that, Miocic will turn his mind back to fighting as he'll look to defend the UFC title later this year.

Twitter Reacts To Conor McGregor's Loss
From Khabib Nurmagomedov to Jake Paul, the sports world was ablaze after Dustin Poirier spoiled McGregor's return to the UFC.
15 hours ago