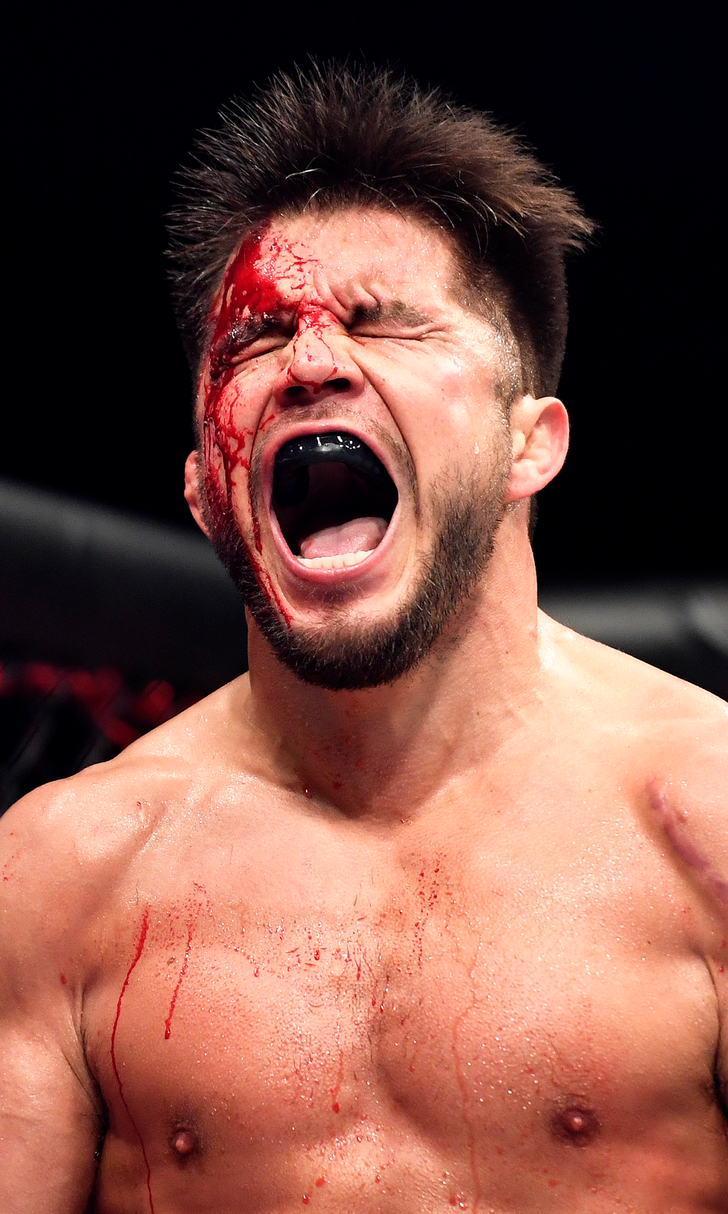 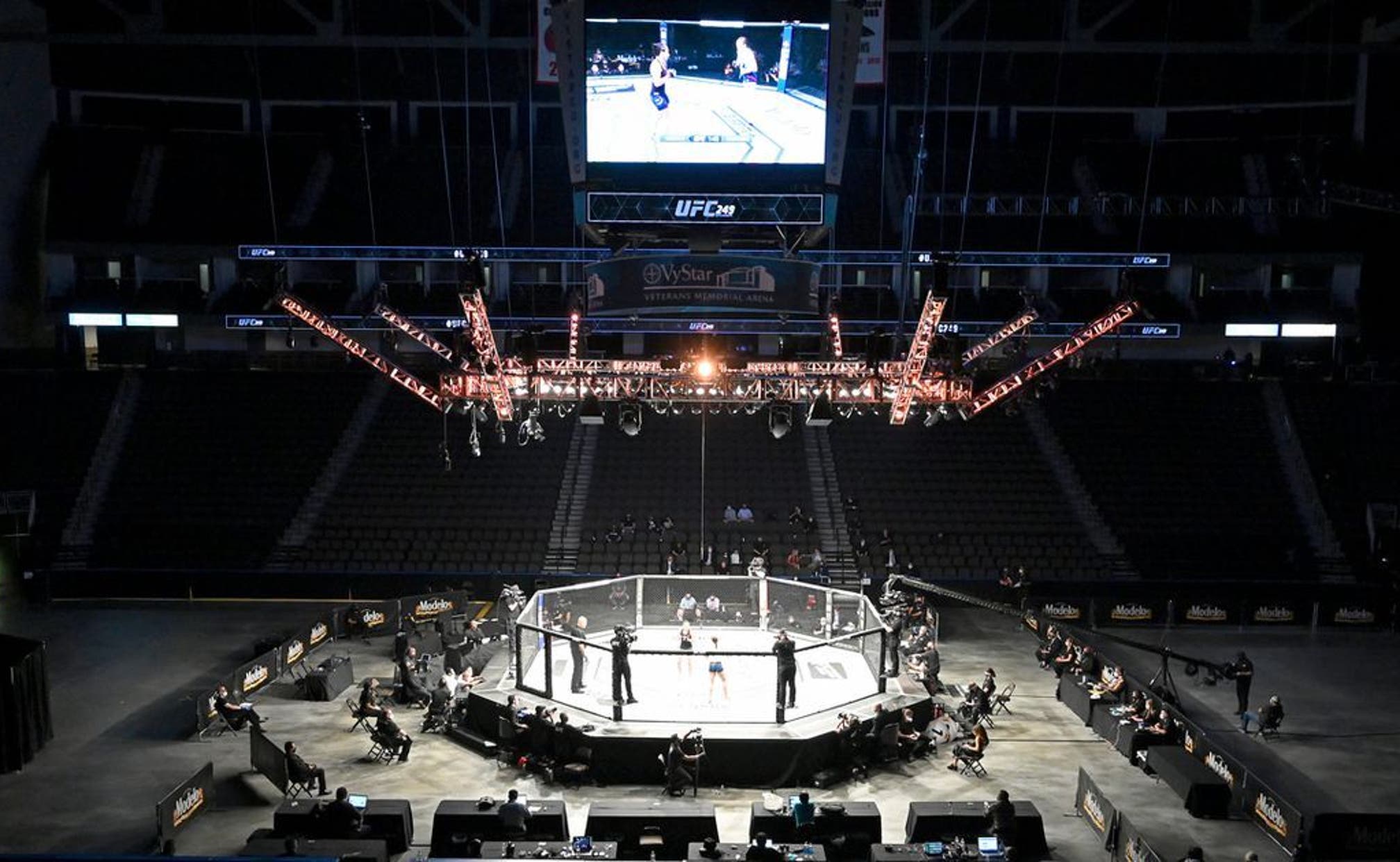 It mattered for all of five minutes. The lack of sound, the dearth of atmosphere, the stark, plain, glaring weirdness of it all.

And then, suddenly, it didn’t.

As the Ultimate Fighting Championship became the first major sport to return to American culture on Saturday, UFC 249 rapidly surmounted its most immediate hurdle.

Staged before an empty VyStar Veterans Memorial Arena in Jacksonville, Fla., UFC 249 had enough ferocity and electricity that the yells and roars and boos and whistles that mixed martial arts fans are accustomed to were speedily forgotten.

It was quiet — so, so quiet — as the telecast began, so much so that you could barely think of anything else. But is it just me, or have we already changed to our core through the COVID-19 pandemic, to a point where we are able to get used to new normals far quicker than before?

The UFC had some advantages working in its favor. Being the first event to feed the hunger of a sports-starved nation was always going to earn it brownie points in terms of perception. Having a team of commentators who will never be accused of talking too little, or too quietly, also had its benefits in this kind of potentially eerie setting.

The fights, highlighted by Justin Gaethje’s main event demolition of Tony Ferguson to earn a shot at the lightweight crown, and Henry Cejudo’s defense of his bantamweight title, were action-packed and compelling.

No one froze in front of all those staring faces, because there weren’t any. No one booed if the action got slow — which, to be fair, it virtually never did — because there was no one there to do the booing.

It was gripping stuff, and, in a lot of ways, sports could scarcely have wished for a better return.

The UFC didn’t do everything right, that much is clear. There were plenty of missed steps along the way, and at least some of them must go down as either lapsed protocol or basic carelessness. As much as Dana White wants to put forward the reaction to Ronaldo “Jacare” Souza’s positive coronavirus test as a success of the screening system, that is simply not the most appropriate narrative.

According to Souza and multiple reports, the Brazilian informed UFC officials upon his arrival in Jacksonville that members of his family had tested positive for COVID-19. Yet, as shared in a now-deleted social media post by his fellow Brazilian Fabricio Werdum, he did not adhere to social distancing guidelines in the lead-up to his positive test and mingled freely with staff and other fighters.

White being sat by the Octagon and entering it between fights without a mask didn’t send the best of messages, either, while Joe Rogan’s decision to conduct post-bout interviews inside the cage and shake hands with the combatants was a genuine head-scratcher.

There are things that must be fixed, and quickly, especially as the UFC goes again on Wednesday and again on Saturday. While it is laudable that White feels the urge to get sports back on the air for the sake of the country, he also has a responsibility to send an appropriate message of care.

Those things notwithstanding, UFC 249 deserves to go down as pretty spectacular entertainment — and no one was asking for their pay-per-view fee back because they felt they’d been shortchanged by the lack of crowd noise.

Though it must be said that not every sport is equal in its reliance on crowd authenticity, the ones that are best set up for silent stadia, probably, are the ones that are first to come back. We now know the UFC, despite putting vast resources into building its in-stadium experience into something electrifying over the years, can get by just fine.

NASCAR will likely find the same, for as devoted and passionate as stock car fans are, you’ve always got the noise of screaming engines to provide some ambience. And golf, truthfully, can do without it. Even shorn of the baying masses, the Ryder Cup would still make for great television. The roar of the Masters gallery on an Augusta Sunday is wonderful, but if you’ve watched much golf, you’ve watched plenty of quiet rounds, too. Heck, the sport has people designated to hold up signs asking for peace.

Baseball would probably be okay due to its pacing, while hockey without supporters could be fine if the arena sound effects are handled well.

Pro football, college football, soccer and basketball are presented with more of a conundrum. They are more tribal in nature and, with the first three, are played out over big spaces of turf. Yet already around the world, various solutions are cropping up, with cardboard cutouts and photoshopped fan faces, plus an app that allows supporters to add cheers, claps or boos to the stadium audio with the swipe of a finger.

Depending on how things are when those activities return, such fallbacks could be a welcome compromise. It is hard to imagine an NFL game taking place in a silent venue — but then again, it was hard to imagine the same thing about a UFC fight just a few days ago.

There’s no real answer here, because we don’t know what will happen next, or how sports will react, and how we will react to their reaction. Society has shown a ton of adaptability and resiliency throughout this whole thing.

Getting used to a tweak in the way we watch the games we love, having been denied them for so long, is perhaps trivial by comparison.