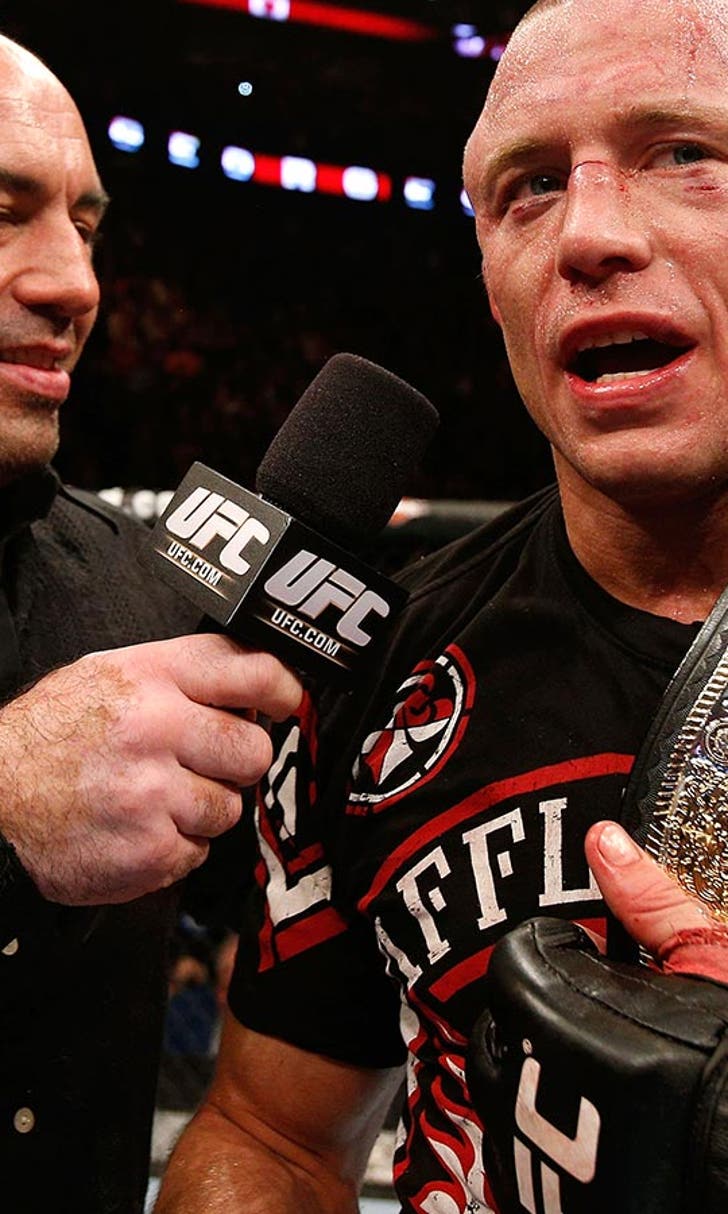 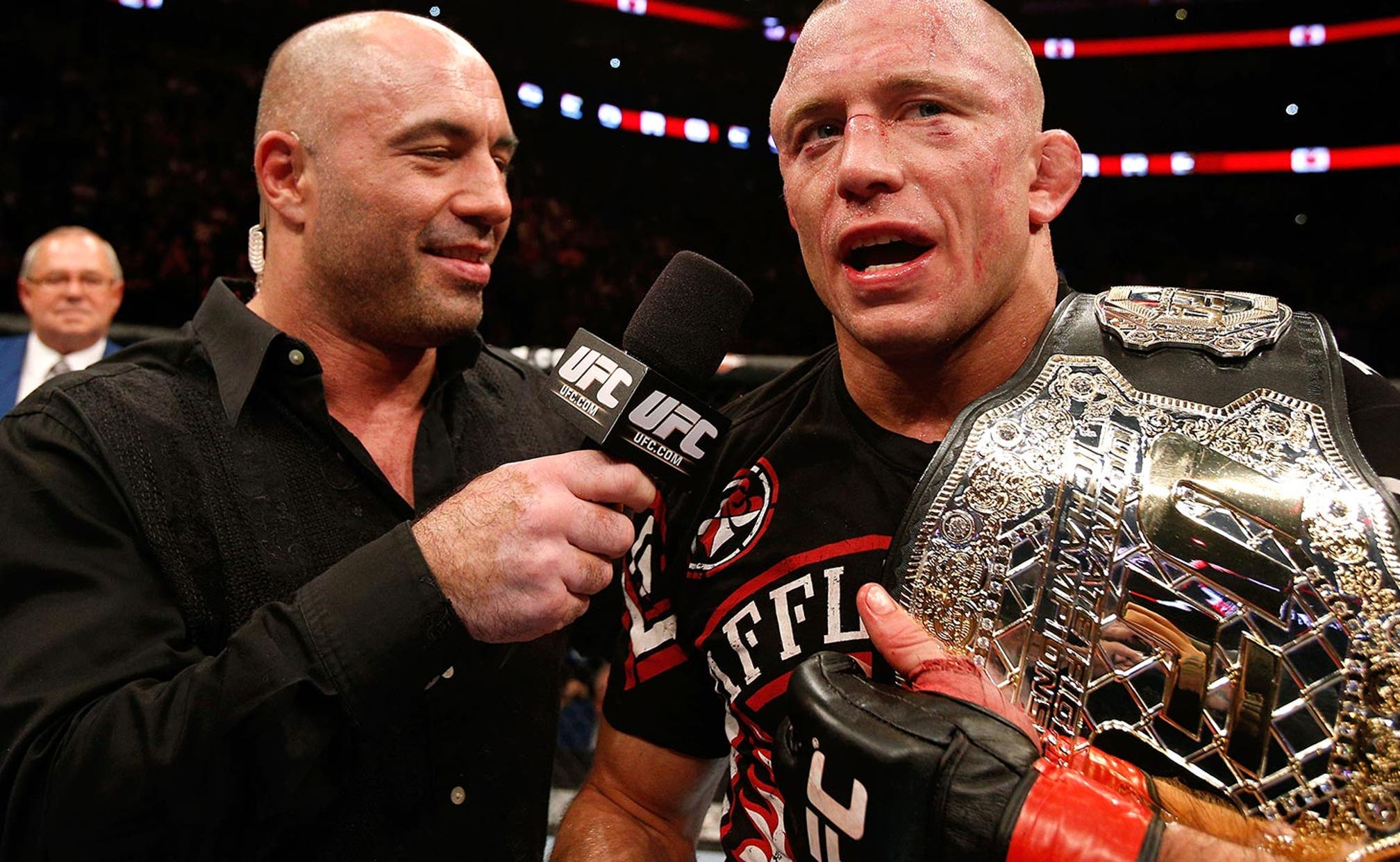 Georges St-Pierre shocker: 'I have to step away' from fighting 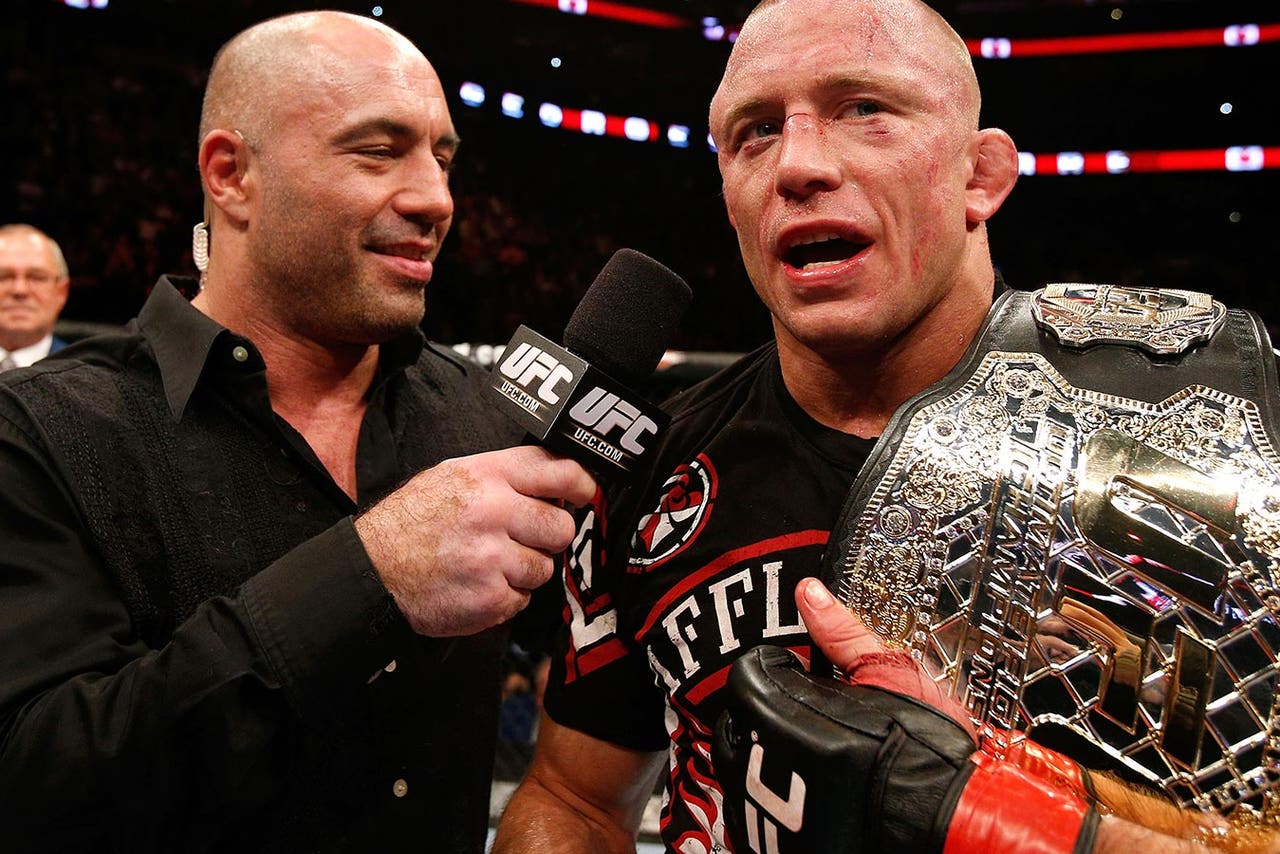 Georges St-Pierre was always stellar at crafting the surprise offensive. For years, the basis of his assault was dynamic striking, and then as he gained experience and grew to value finesse over power, he altered his preference to takedowns that relied upon confusing his opponent's timing. He used these skills and traits to craft one of the great careers this sport has seen.

In 20 years of the UFC, celebrated on Saturday night, only a handful of men could even make an argument at matching what St-Pierre has done in the cage. But now, it might be over. In another surprise flourish, St-Pierre announced Saturday after beating Johny Hendricks in a close split-decision at UFC 167 that he will hang up his gloves for the foreseeable future. At just 32 years old, the man who has likely drawn the most money of any mixed martial arts fighter in history did not say whether he will return.

"There was a lot of talk about what was going to happen," he told Joe Rogan moments after the decision was read. "I have a bunch of stuff in my life happening. I need to hang up my gloves for a little bit."

Rogan then pointedly asked him if he was retiring.

Later, he repeated the same thing.

The possibility that St-Pierre (25-2) might retire had been buzzed about intermittently for nearly a year. It had first come up at the beginning of 2013, just before he fought Nick Diaz, and then again as his bout with Hendricks approached. He expertly deflected all of the speculation as though parrying a jab, saying he had a plan that he would soon put into action but could not divulge.

In the end, that plan was a surprise break from a career that began in Jan. 2002, and lasted nearly 12 years.

His time in the UFC has spanned almost a decade, starting from a first-round knockout win in his June 2004 debut against Jay Hieron that was a portent of his future success.

From then until now, he set records with a dominant style that allowed him to sit at the helm of what is historically one of the sport's deepest divisions. His win over Hendricks was his 19th in the UFC, making him tops all-time in the promotion. It was also his 12th consecutive victory.

His other contributions to the UFC cannot be understated. Most importantly, he was one of the most bankable stars during the UFC's explosive growth period from the mid-2000s on. His popularity exploded in the middle of last decade, as he rampaged through the division, defeating three consecutive champions in Sean Sherk, B.J. Penn and Matt Hughes en route to winning the gold.

After a stunning setback to sizable underdog Matt Serra in April 2007, St-Pierre rebounded, winning two straight to set up a return match against Serra that for a time, held the record for attendance at a North American MMA event. The show which sold out within one minute of public sale, drew 21,390 to Montrealâs Bell Centre.

From that title-winning performance on, he was a superstar, notably defeating Penn again in a champion vs. champion match in 2009. But his absolute apex as a draw came in April 2011, when he helped the UFC draw 55,724 and a $12 million gate to Toronto's Rogers Centre. Both the attendance and ticket revenue still stand as North American records.

His Saturday night headlining act against Hendricks marked the 14th time in his 21 UFC bouts he's been featured in the main event, while his 2,038 days as the undisputed welterweight champ is the second-longest reign in UFC history in any weight class, behind Anderson Silva's 2,458.

The UFC will now have to decide whether they strip him of the belt or create an interim title.

Away from the cage, St-Pierre was both an ambassador for the sport and a marketing dream. His presence helped break open the Canadian market, while he later capitalized on all of the opportunities that followed, signing endorsement deals with blue-chip sponsors including Gatorade, Under Armour, and Electronic Arts, amazing considering that St-Pierre did not even speak English when he first broke into the UFC. According to a recent article by Forbes, he cashes in to the tune of $12 million per year.

Saturday's fight with Hendricks was expected to be one of the highest-grossing events of the year, coming in conjunction with the 20th anniversary of UFC 1. During the week, St-Pierre showed a looseness he hasn't exhibited in recent bouts, doing an open workout with fight pioneer and his personal hero Royce Gracie. On Friday, he bounded up the stairs to the weigh-in stage, and appeared more energized and excited than he had in years. Perhaps ominously, his first trainer Kristof Midoux was at his side.

Earlier in the week, Midoux had told Montreal's La Presse that St-Pierre should win the main event, then retire at the top and pass the torch to his teammate Rory MacDonald. St-Pierre said he had no problem with Midoux voicing his opinion but denied he was going to step away.

Now we know that was more classic St-Pierre misdirection. At 32, his hiatus comes as at best a temporary loss to the sport, but if it truly is the end, he walks away at the top, with his youth, his fortune and an indelible place in history.