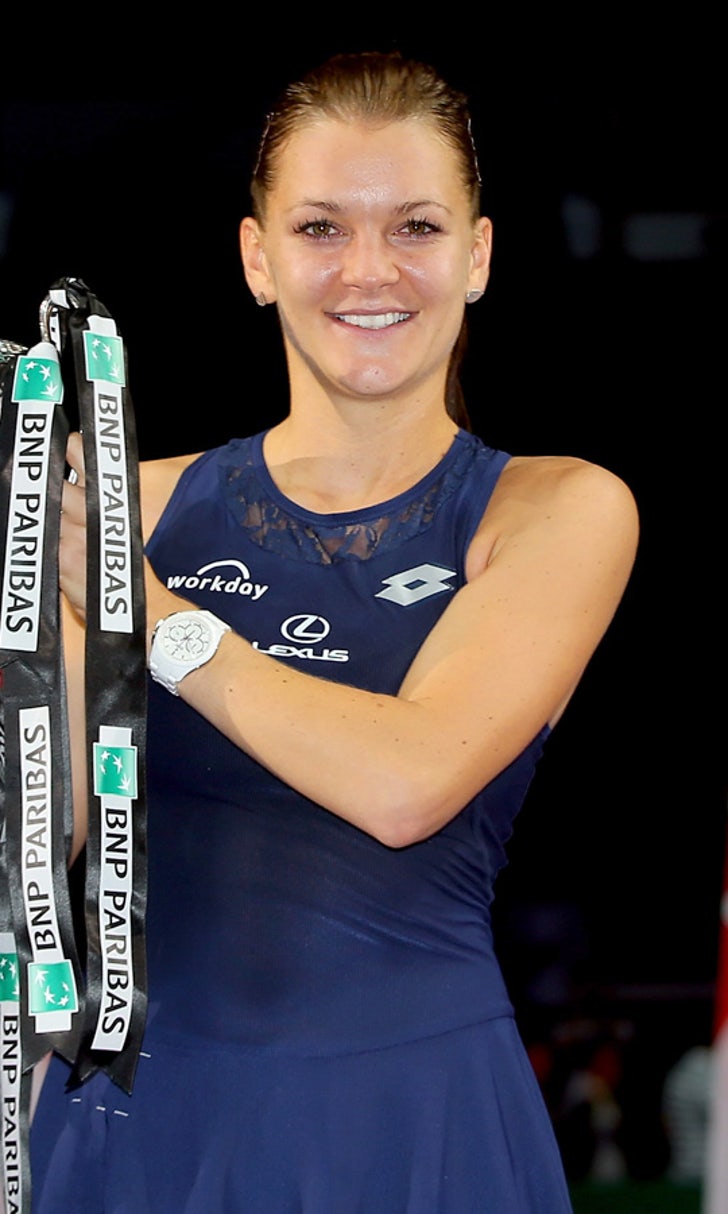 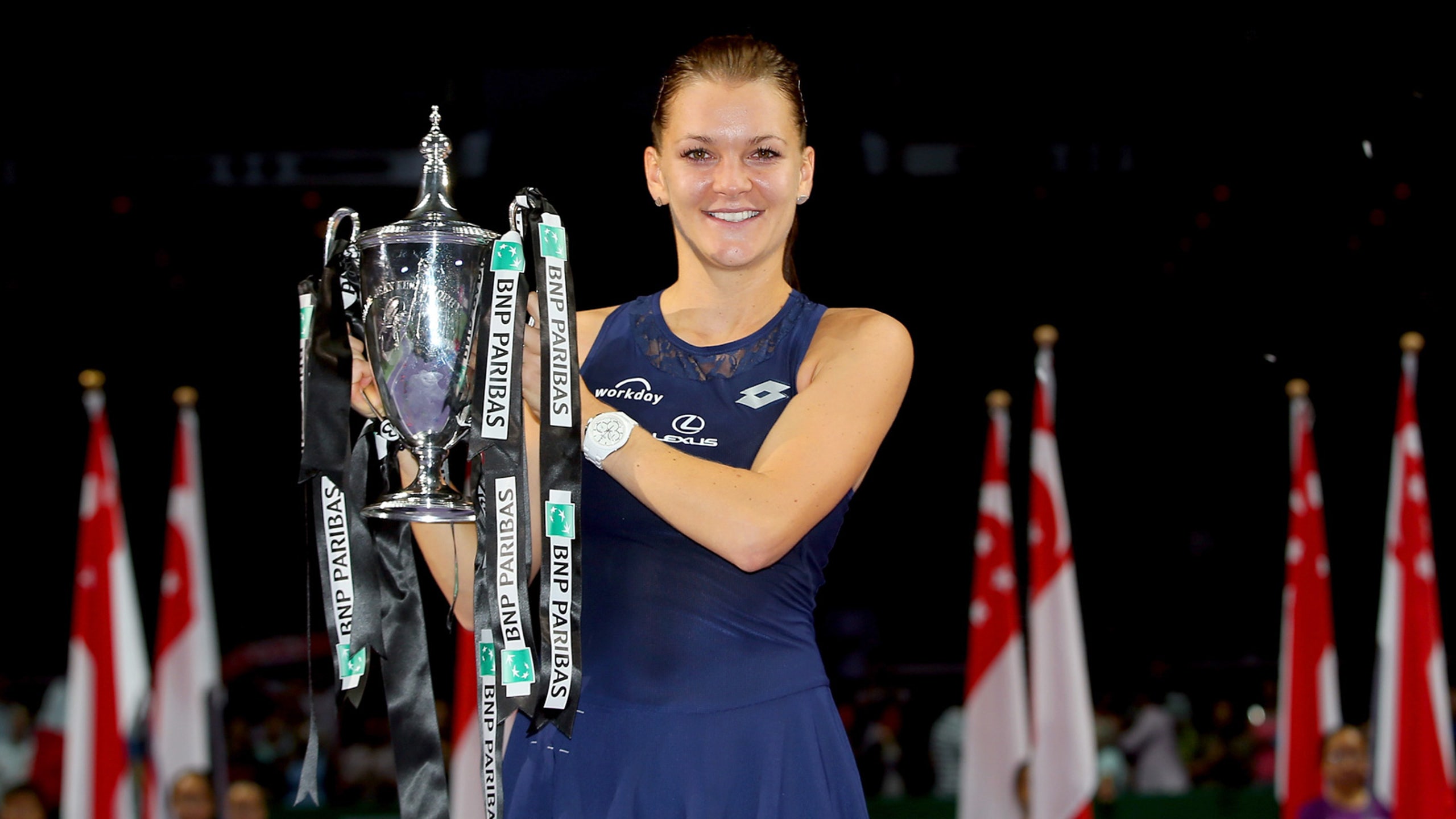 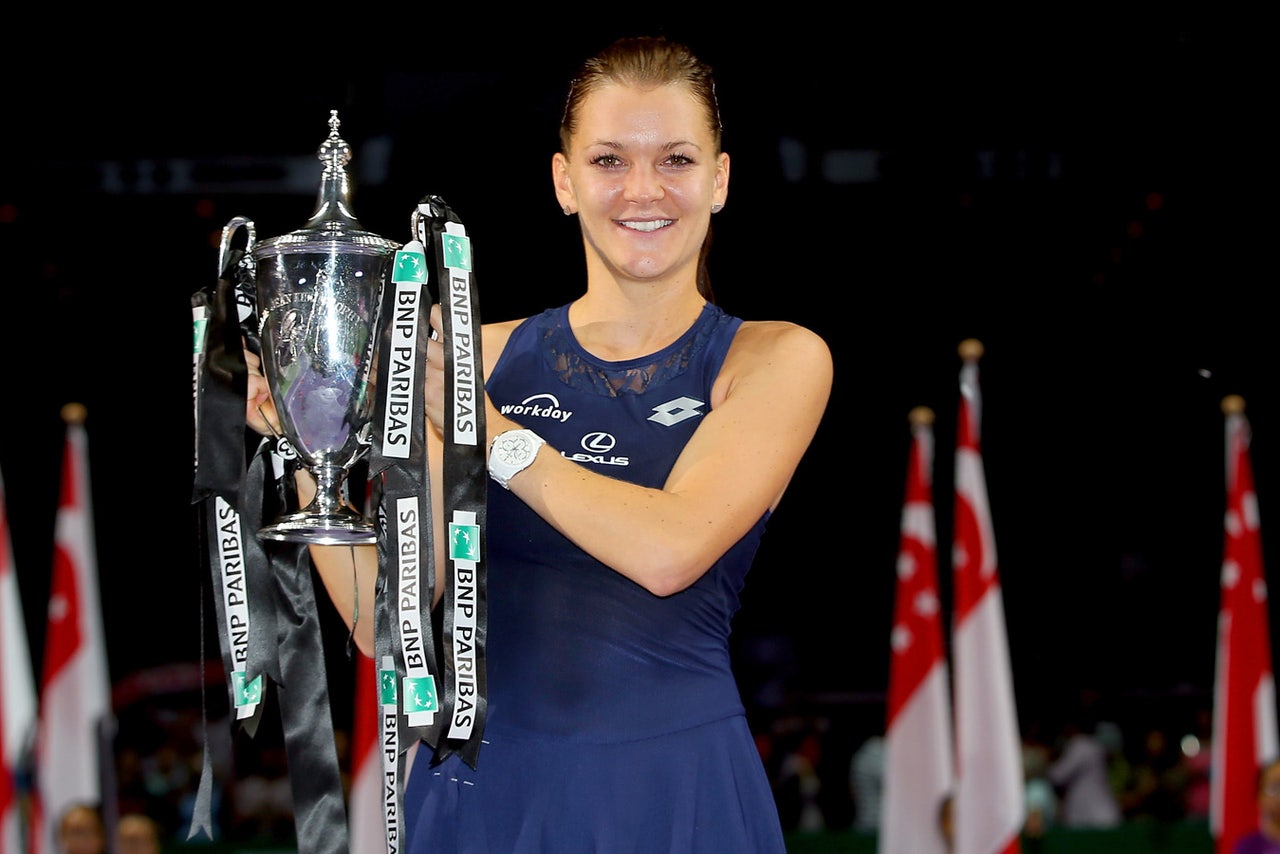 SINGAPORE — Agnieszka Radwanska beat fourth-seeded Petra Kvitova 6-2, 4-6, 6-3 Sunday at the WTA Finals to clinch the biggest title of her career.

The fifth-seeded Pole's previous best at the season-ending championship was reaching the semifinals in 2012 and 2014.

"Definitely I didn't expect it at all," a tearful Radwanska said.

Radwanska is the first player to win the tournament after a losing 1-2 record in the round-robin stage -- and the first Polish winner.

"I lost first two matches, but it's not like I was playing bad," Radwanska said. "Then I think I got used to conditions, used to the surface."

Radwanska led by a set and 3-1 in the second before Kvitova settled into the match to win seven of the next eight games.

"I really played well in the second when I came back and tried to push her a little bit," Kvitova said.

The Czech led 2-0 in the decider before Radwanska fought back to 3-3 and then won the last three games to take the title in 2 hours, 5 minutes.

Prior to this week, Radwanska hadn't beaten a top five player all season. This week she defeated three in a row on the way to the title: No. 2 Simona Halep, No. 3 Garbine Muguruza and No. 5 Kvitova.

Radwanska is the first WTA Finals champion not to have previously won a Grand Slam title since Amelie Mauresmo in 2005. The Frenchwoman won the Australian Open and Wimbledon the following year.

Kvitova, a two-time Wimbledon champion, now holds a 6-3 career record against Radwanska. Five of their meetings took place at the WTA Finals with Radwanska leading those encounters 3-2.