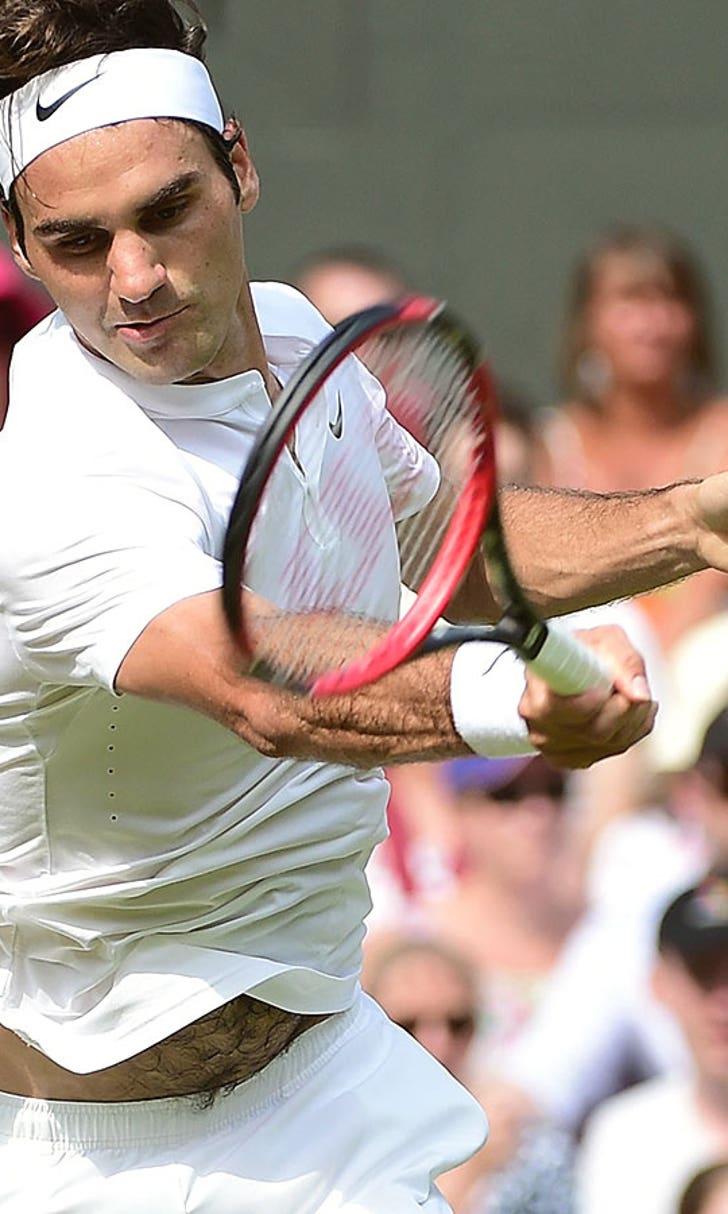 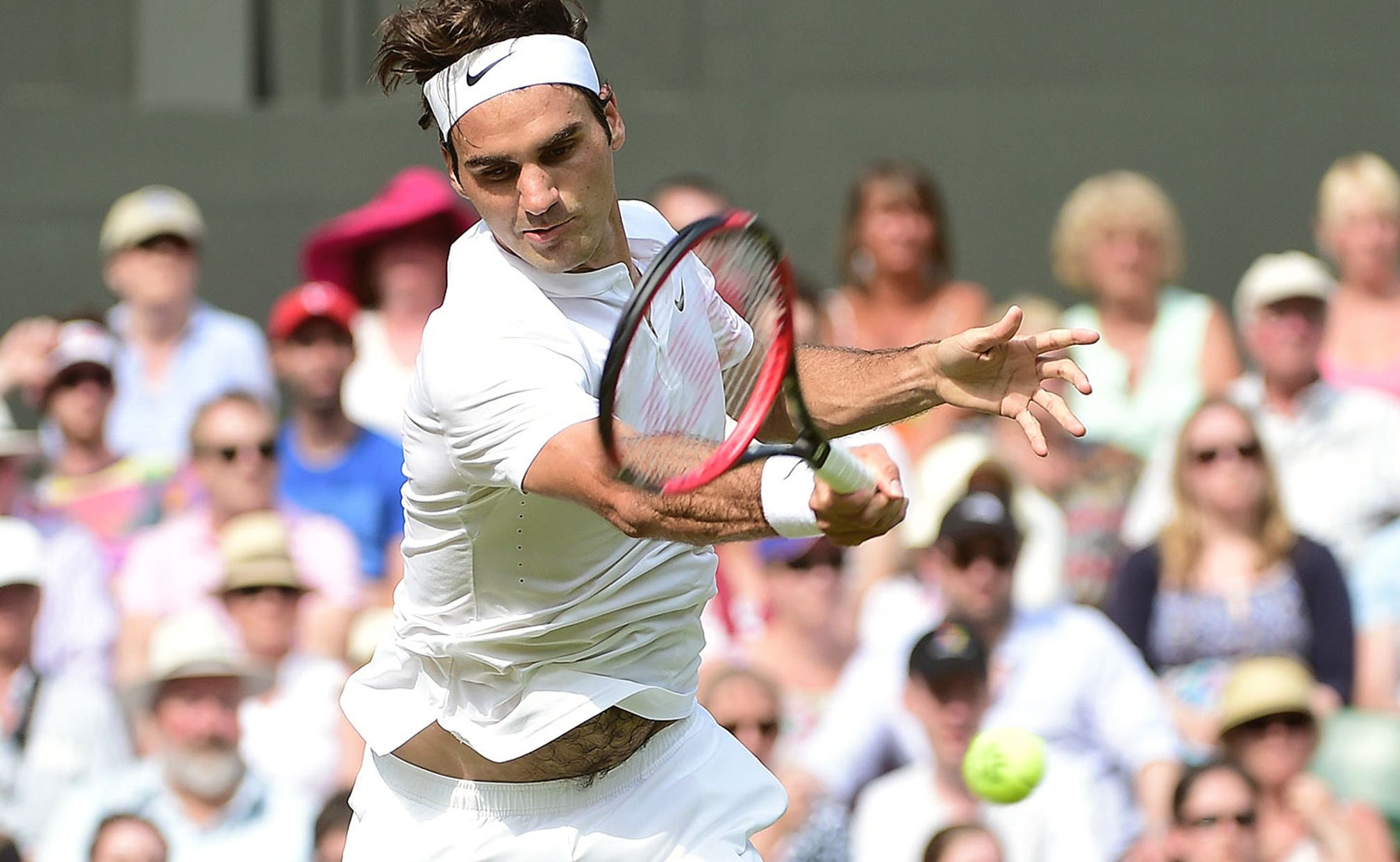 Wimbledon: Federer, Murray cruise into 3rd round in straight sets 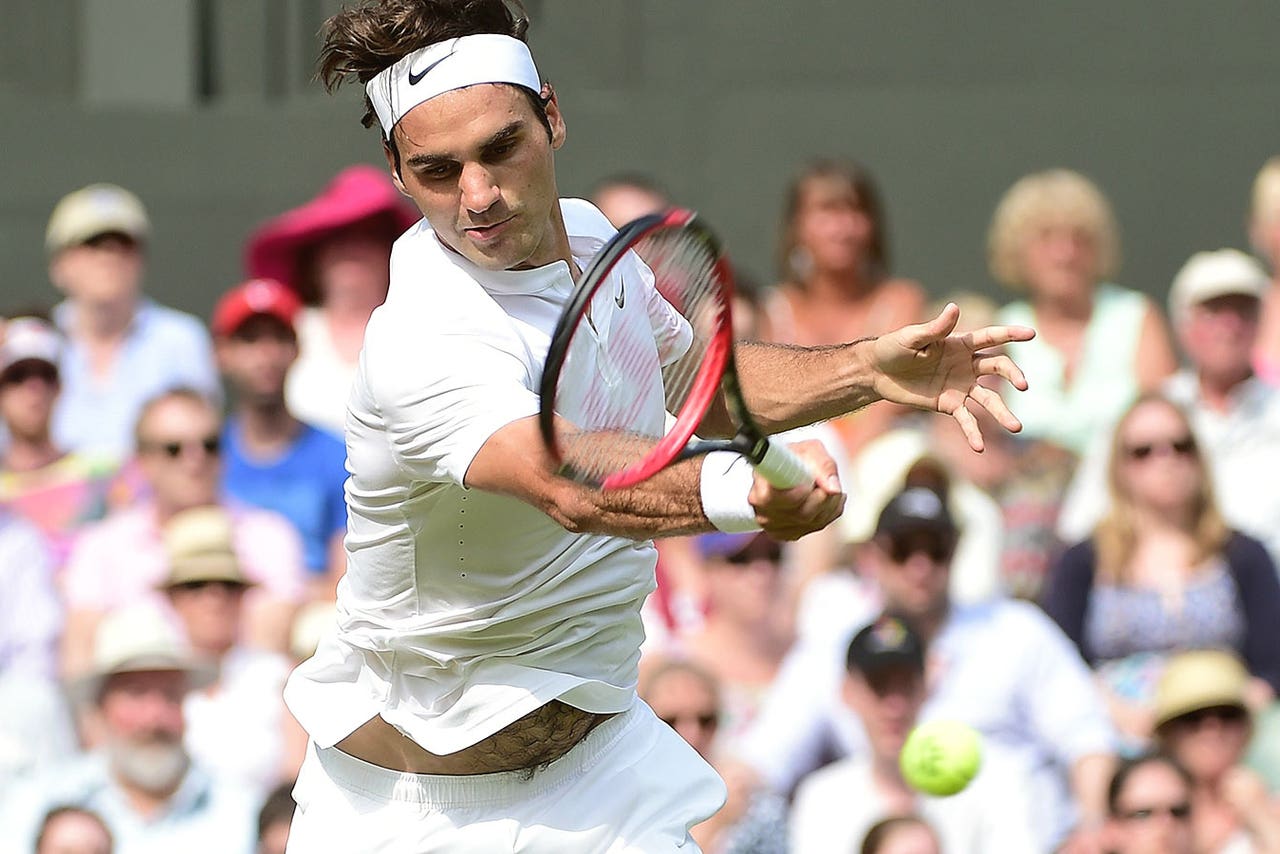 LONDON -- With a casual between-the-legs shot, Roger Federer displayed the magic that makes him so special on Centre Court at Wimbledon.

In a vintage performance from the grass-court master, Federer blew away American Sam Querrey 6-4, 6-2, 6-2 on Thursday to reach the third round and crank up his bid for a record eighth title at the All England Club.

And, for good measure, Federer produced another highlight-reel moment to add to his collection of breathtaking shots.

With Querrey serving at 4-2 down in the second set, Federer scampered to his right along the baseline and nonchalantly flicked a shot between his legs - a ''tweener'' - for a perfect lob over the American's head at the net. Querrey chased down the ball but hit a forehand into the net.

''It's rare that it happens, so when you get them you've got to pull it off,'' Federer said. ''It was a perfect shot. I even had a little bit of time. I had to shuffle with the legs to get in position. I just felt like I had the time. But, you know, if you don't win the point you do look a little bit silly.''

Federer looked anything but silly on this day, playing the free-flowing all-court tennis that has brought him 17 Grand Slam titles.

The two players were even at 4-4 in the first set when Federer broke Querrey with a trademark cross-court backhand passing shot - punctuated with a fist pump and a shout of ''Come on!''

From then on, it was all Federer. He broke five times in all, saved both break points he faced, had 32 winners to just 10 unforced errors, and closed out the match in less than 90 minutes.

It was another quick-fire win for the second-seeded Swiss, who dropped just seven games in his first-round victory over Damir Dzumhur

''I've had a good run so you don't want it to stop on the first or second round,'' Federer said. ''I guess there's also a little bit of relief that I'm actually playing well here at Wimbledon as well.''

Bidding for his second Wimbledon title in three years, third-seeded Andy Murray was barely tested as he swept past an ineffective Robin Haase of the Netherlands 6-1, 6-1, 6-4 on Court 1 to advance to the third round.

It took Murray only 1 hour, 27 minutes to dispatch the 28th-ranked Haase, who beat him on a hard court in Rotterdam in 2008 but never mounted a serious challenge Tuesday.

Murray, who became the first homegrown men's champion in 77 years when he won Wimbledon in 2013, is setting himself up for another serious title run this year.

''It was a good match from start to finish for me and obviously getting the early lead helped,'' Murray said. ''I was very happy with the way that I played.''

Murray tossed his wristbands into the crowd - and happened to hit Wimbledon chairman Philip Brook, who was sitting next to Prince Charles' wife, Camilla, the Duchess of York.

''I saw her briefly after the match,'' Murray said. ''Then the Duchess opened up her bag and my wristband was in there, so he (Brook) obviously had given it to her.''

Defending women's champion Petra Kvitova also enjoyed an easy run into round 3. The second-seeded Czech routed Kurumi Nara of Japan 6-2, 6-0 in less than an hour on Court 1. Kivitova has dropped just three games in two matches so far.

Fifth-seeded Caroline Wozniacki nearly blew a big lead before recovering to beat Denisa Allertova of the Czech Republic 6-1, 7-6 (6). The former No. 1, who has never advanced past the fourth round here, was up 5-1 in the second set but faltered as Allertova won five straight games. Wozniacki held to force the tiebreaker, where she converted on her second match point.

''All of a sudden it's 5-6 instead of comfortably in the locker room having won the match,'' Wozniacki said. ''In the end of the day, I won. I kept fighting. That's tennis sometimes.''

Former finalist Sabine Lisicki came from a set and a break down to beat Christina McHale of the United States 2-6, 7-5, 6-1 on Centre Court. The 18th-seeded German, who was runner-up in 2013, was broken in the opening game of the second set but turned things around by breaking right back and then won the last five games of the decider, closing the match out with a backhand winner.