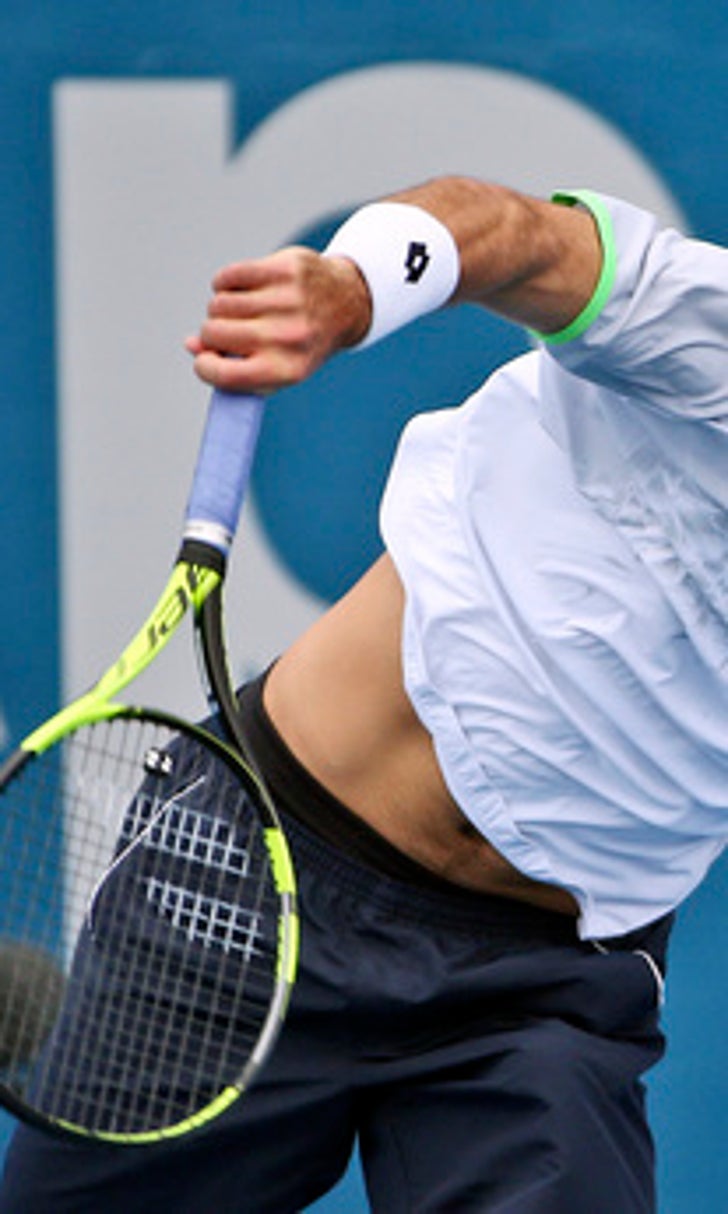 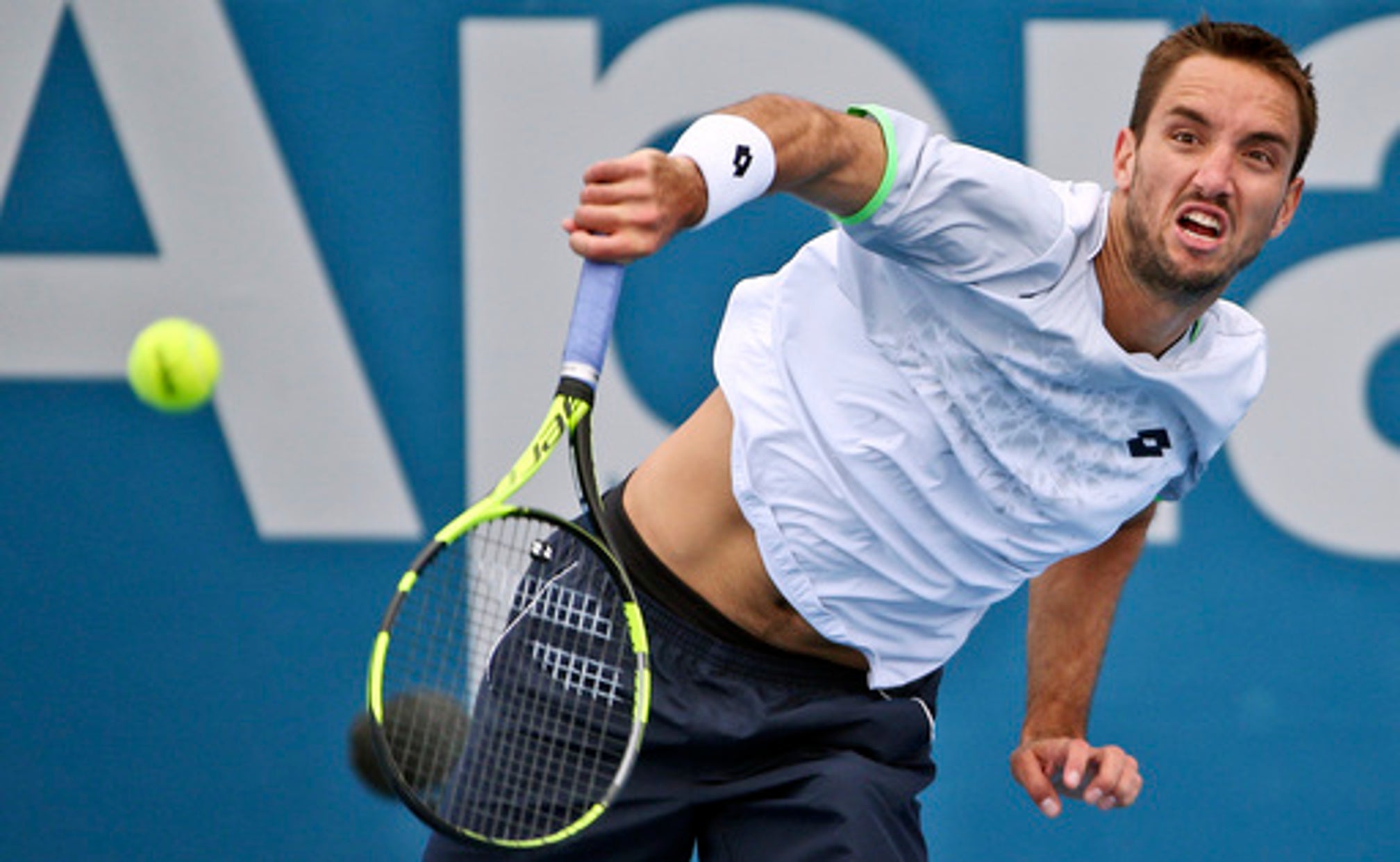 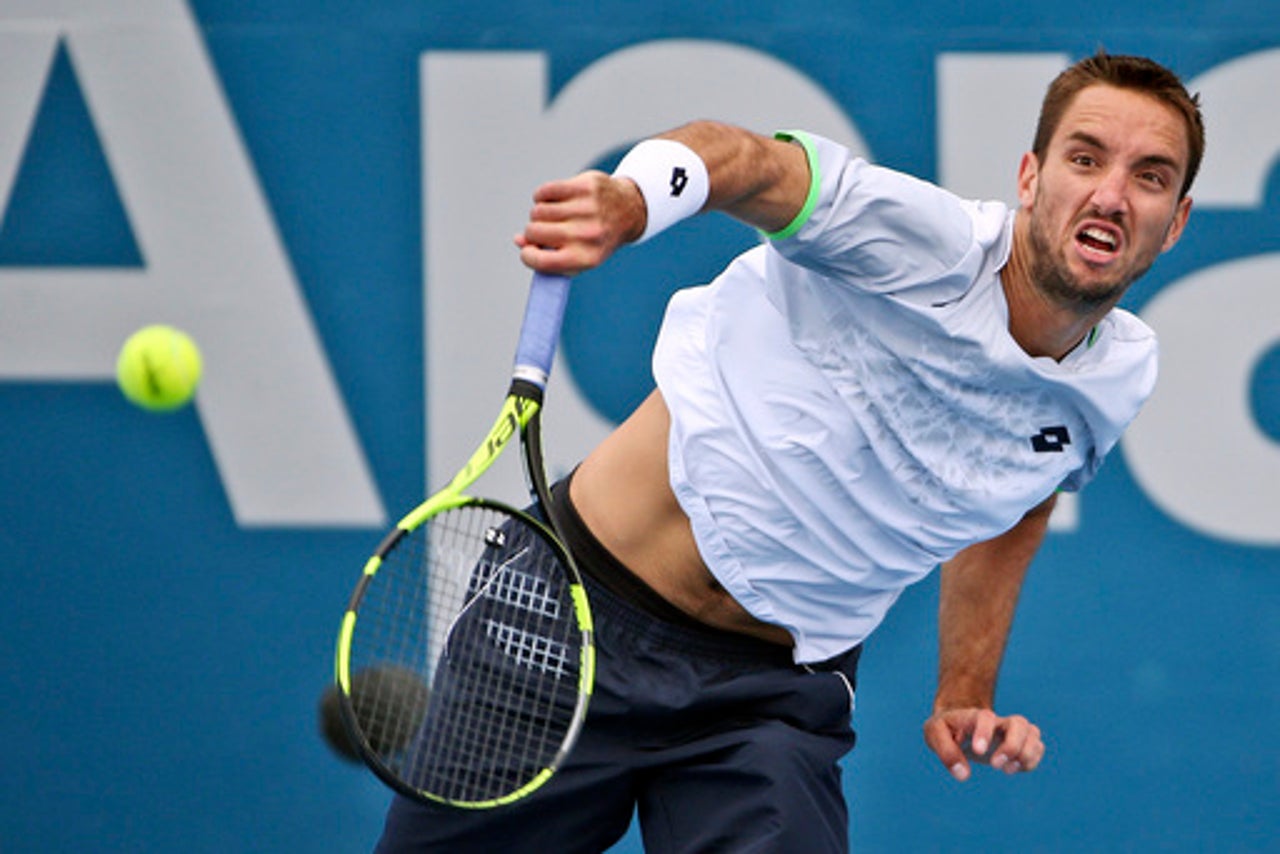 SYDNEY (AP) Jack Sock ended David Ferrer's hopes of a fifth singles title in Auckland when he beat the top-seeded Spaniard 3-6, 6-1, 6-2 in Friday's semifinals of the ASB Classic.

Ferrer seemed on track for another title when he took the first set. But the 26th-ranked Sock broke the eighth-ranked Ferrer's serve in the second game of the second set and held for 3-0, and was never threatened the rest of the way.

Sock advanced to his third ATP Tour final after finishing runner-up indoors at Stockholm last year and winning on clay in Houston.

''I knew coming in I had to play some unbelievable tennis and fortunately I was able to do that,'' Sock said. ''It was a difficult day, started out I woke up with some flu-like symptoms and didn't know if I was going to be able to play.

''I ended up coming out and playing some of the best tennis of my career so maybe I can stay sick to Melbourne if I play like this.''

At the Sydney International, Viktor Troicki won his rain-delayed quarterfinal and Australian Bernard Tomic retired from his match against Russian Teymuraz Gabashvili while trailing 6-3, 3-0.

Tomic said he was feeling ill and may have had food poisoning. He plays his first-round match at the Australian Open in Melbourne on Tuesday against Uzbekistan's Denis Istomin.

Rain postponed Tomic's quarterfinal until Friday morning, meaning he would have been forced to play a second match later in the day had he advanced to the semifinals.

Fourth-seeded Grigor Dimitrov advanced by overcoming Alexandr Dolgopolov 4-6, 6-3, 6-4 in the quarterfinals, then Gilles Muller 6-2, 7-6 (4) in the semis.

At the Hobart International, Eugenie Bouchard, playing her best stretch of tennis since sustaining a concussion in a dressing room fall at the U.S. Open last September, advanced to the final with a 6-1, 4-6, 6-4 win over third-seeded Dominika Cibulkova of Slovakia.

''I can't remember the last time I played that well,'' Bouchard said. ''The important thing is trying to keep that and have that consistently.''

That consistency wasn't there in the second set, when she lost every service game. She smashed her racket while walking off the court at the end of the set and said her play was ''absolutely disgusting.''