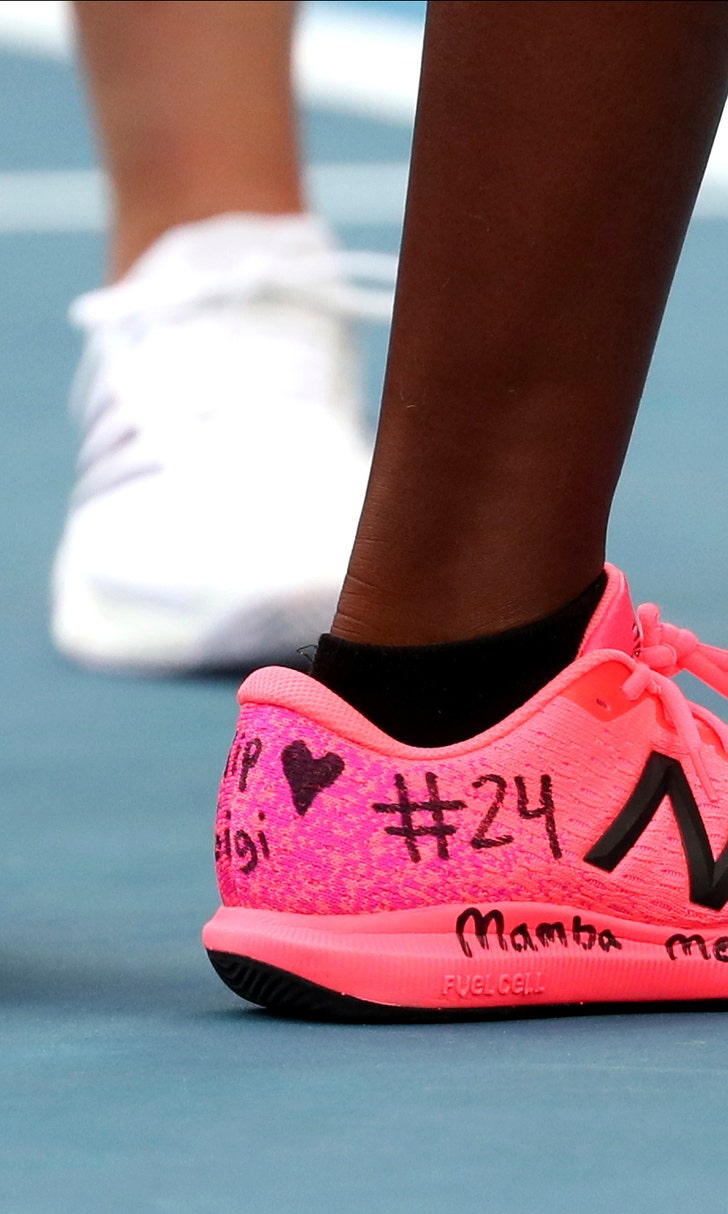 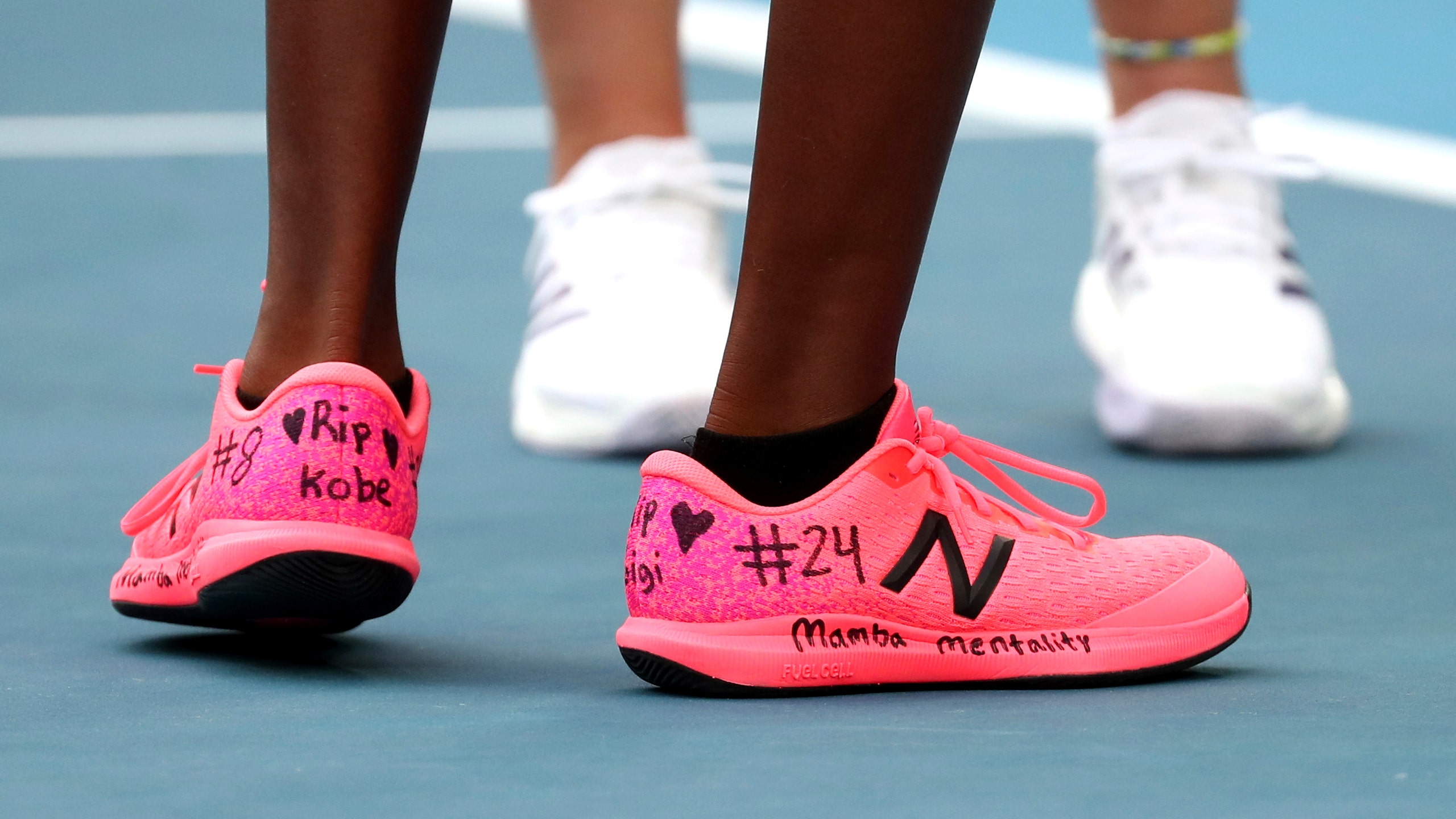 MELBOURNE, Australia (AP) — Nick Kyrgios wore a Los Angeles Lakers No. 8 jersey to honor Kobe Bryant on Monday ahead of his most important match of the Australian Open against top-ranked Rafael Nadal, paying his respects without needing to say a word.

Fifteen-year-old Coco Gauff had Bryant's numbers 8 and 24, along with the inscription "Mamba Mentality," on her shoes in a doubles match at Melbourne Park.

Bryant's sudden death in a helicopter crash near Los Angeles on Sunday along with eight others, including his 13-year-old daughter, Gianna, has shocked and upset fans and athletes around the world.

After his four-set loss to Nadal on the main arena at Melbourne Park, one of the four most important venues in tennis, the 24-year-old Aussie wore one of Bryant's No. 24 jerseys into his post-match news conference.

“When I woke up to the news, it was pretty emotional. It was pretty heavy, like, all day," Kyrgios said. “Obviously I was having basketball on at my house, watching the games. I was heavy. Yeah, it's just tough."

Kyrgios, a big NBA fan who often wears basketball jerseys while practicing, wore a Bryant jersey from the locker room, through the corridor of champions, and into the warm-up on Rod Laver Arena on Monday. He took it off before play began.

“I never met Kobe. But basketball is practically my life. I've been following it for as long as I can remember," Kyrgios said, adding that he tried to use the tragedy as motivation. “If you look at the things he stood for, what he wanted to be remembered by, I felt like, if anything, it helped me tonight. When I was down a break in the fourth, I was definitely thinking about it. I fought back."

Fans in the crowd also wore Bryant jerseys with the numbers 8 or 24. Australian Open organizers also played a short video tribute to Bryant ahead of the match, one of the most anticipated encounters in the two-week, season-opening major.

Darren Cahill, who coaches two-time major champion Simona Halep and works as television analyst for ESPN, said he "felt sick" when he woke up to news of Bryant's death.

“Certainly I looked up to what he used to do as an athlete, as a professional, an incredible basketball player," Cahill said. "And especially his daughter passing away, as well. I couldn't think of anything worse. My two kids are here. They are 18 and 15. I could not get my head around that."

“We saw Kobe a lot at the U.S. Open — he was there a lot last year," Stubbs said. “He was on the ESPN set many times. He commentated half of Coco Gauff's match with our team. We saw him around. I saw him talking to Serena after one match.

“A terrible day for sport. He's one of the great, great champions.”

She was still in contention in doubles with another U.S. teeanger, Caty McNally, on Monday. Gauff and McNally both wrote inscriptions on their tennis shoes for their match.

Wimbledon champion Halep said she woke up to the news.

Other players were also affected, including 10th-seeded Gael Monfils.

“It was really tough this morning. You know, is the first thing, you know, when I woke up, bunch of messages. Definitely when I found out that, I was really, really sad, because it was someone that for sure I was looking up growing up and someone very special," Monfils said after his loss to Dominic Thiem. “To be honest with you, really devastated by that, because it means quite a lot for me. All my thoughts and prayers for his family."

Grand Occasion
Novak Djokovic's dominance at the Aussie Open has him two Grand Slam wins away from catching Roger Federer and Rafael Nadal.
4 days ago

Limitless
Naomi Osaka's star is burning bright, as the 23-year-old moved to 4-0 in Grand Slam finals. Is superstardom inevitable?
5 days ago