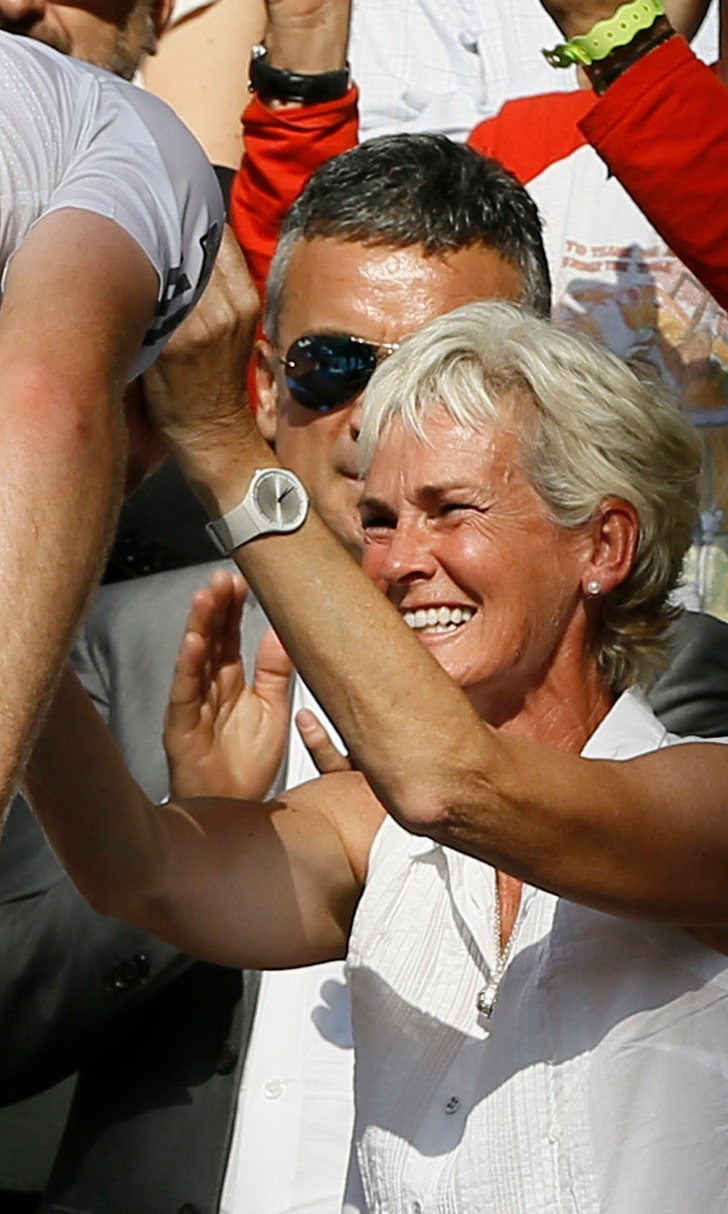 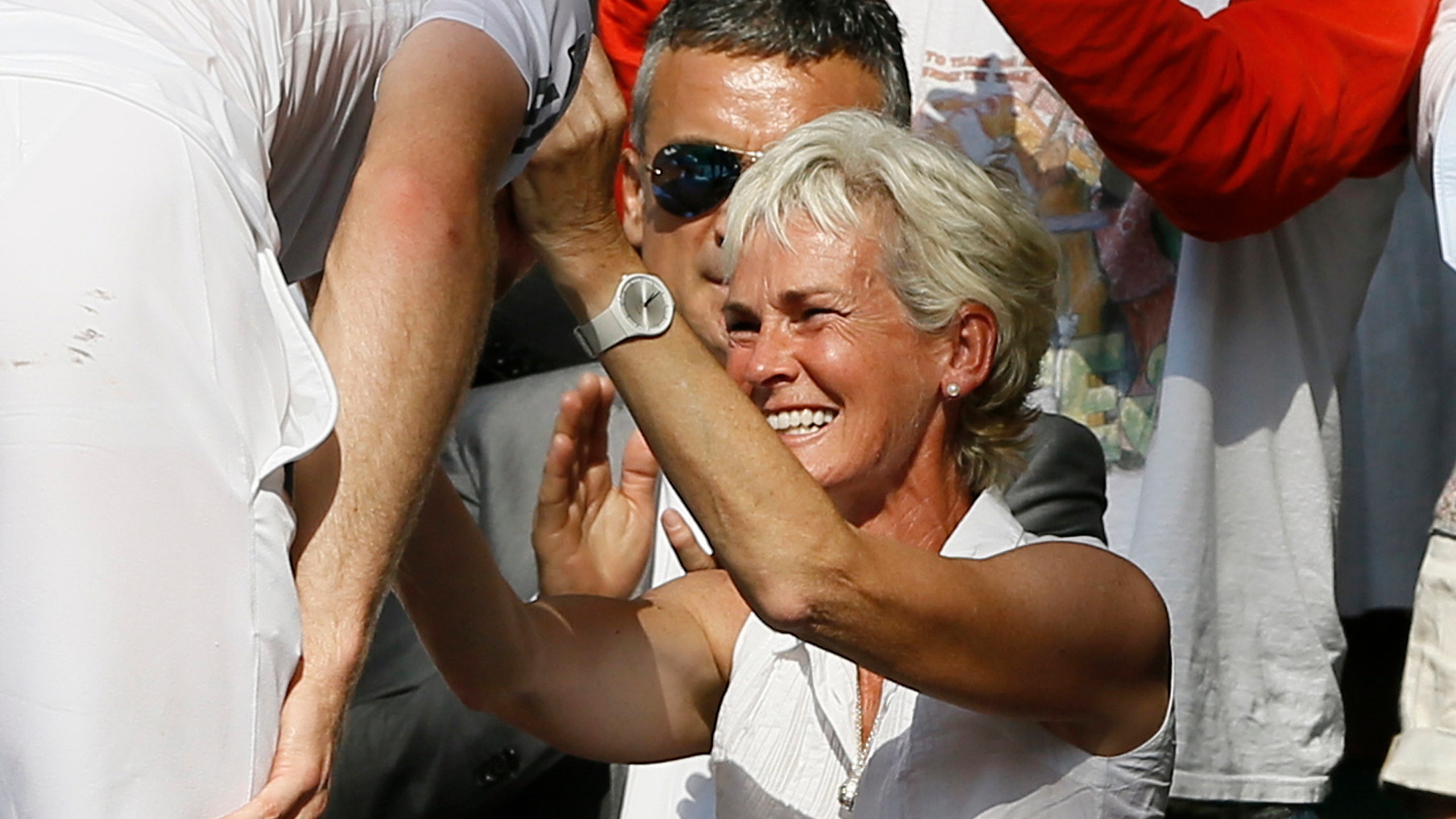 RIO DE JANEIRO (AP) — Andy Murray is currently recovering from his hip surgery, and his mother thinks the two-time Wimbledon champion still has a chance of making a return.

Murray announced last month at the Australian Open that he would compete in the season's first major but might never be able to play again. He lost in the first round in Melbourne and had hip resurfacing surgery about two weeks ago.

Judy Murray, Andy's mother and former coach, told The Associated Press that she doesn't think her son is done just yet.

"I don't think we know anything, for sure nobody does," Judy Murray said at the Rio Open, the biggest tennis tournament in South America. "But I know that he would do everything that he possibly can to give himself a chance to play again.

"I think he had the same operation as Bob Bryan after the U.S. Open, and he was playing doubles again, at Australian Open. But doubles is a very different physical proposition as singles. I think, right now, (we have to) wait and see."

When Andy Murray made his surprise announcement ahead of the Australian Open, he said he would at least like to keep playing until Wimbledon — the tournament he won in 2013 to become the first British male champion at the All England Club in 77 years.

Murray won the Wimbledon title again in 2016, as well as winning one U.S. Open title and two Olympic gold medals. He was also ranked No. 1 in the world for 41 weeks.

Judy Murray, speaking at the stylish Jockey Club after being invited to the ATP tournament, said she thinks her son is still struggling with the idea of never playing again. If he sees a chance to return, he will take it, she said.

"I think he will, (but) I think he's aware that it might not be possible," Judy Murray said. "He is a smart guy, he has a lot of interest in different things, he has a lot of options in life after tennis. But the most important thing is that he's free from the pain he's had for 20 months. He has a young family, you have to think about the quality of life for the rest of your life. Actually, that's the most important thing."

Andy Murray has said that "overtraining" during his younger years may have led to the recent operation that included removing the damaged bone and cartilage within his right hip socket and replacing it with a metal shell. Judy Murray was coaching both of her sons during those early years, but she didn't necessarily agree that too much practice was the reason.

"Well, not too much," Judy Murray said. "You learn from your mistakes, both with Jamie and Andy we were learning as we went along, because nobody had done it from Scotland before. So, there was nobody to follow, nobody to give us advice."

Still, she did quite a job coaching her boys. Besides Andy reaching No. 1 and winning Wimbledon, Jamie reached No. 1 in doubles and won a pair of mixed doubles titles at the All England Club, among others.

"They did amazing things," Judy Murray said. "Nobody could have ever having expected them to become No. 1 coming from a small town in the middle of Scotland."

The highest point in her memory, however, came in the Davis Cup. Britain was facing Australia in the semifinals, the best-of-five series was being played in Glasgow, and both of her sons were on the team.

"Andy played with Jamie, and we weren't sure if he's going to play the doubles, because of course he has to play singles on Friday and Sunday, and to play three matches in a row best of five sets is tough," Judy Murray said. "So we weren't sure until the last minute that he was going to play the doubles. And it was in Glasgow, in Scotland, where we live, where tennis is a very tiny sport, just 1 percent of the population plays tennis. Nobody would ever have expected us to have Grand Slam champions.

"So, I was seated in this venue, which is an Athletics Arena, so 9,000 people in Scotland, I watched Jamie and Andy walk out, with Leon Smith as a captain, who I started with as a coach when he was 20, so he's like my third son. I just look around and said, 'Whoa! Whoever would have believed we would have Davis Cup semifinal with Scottish players, Scottish captain and in Scotland.' So, for me it was the biggest moment, so many things coming together at the same time."

Another moment, possibly a final moment, could still be coming at Wimbledon.