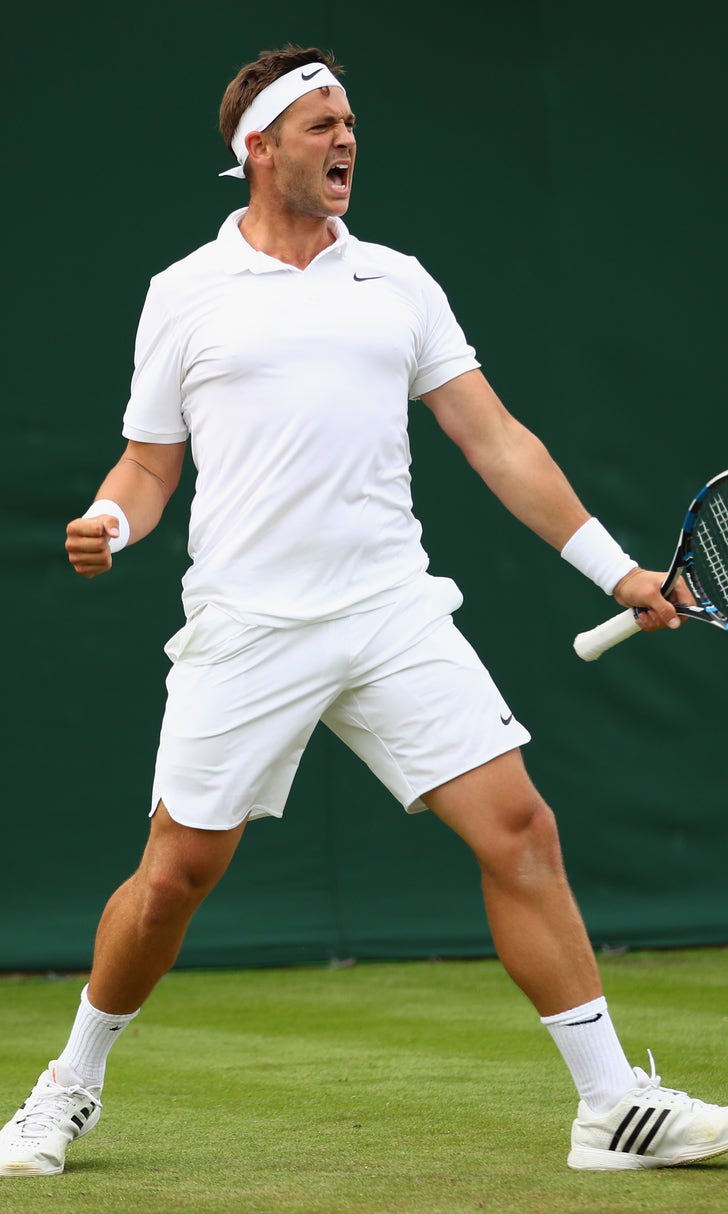 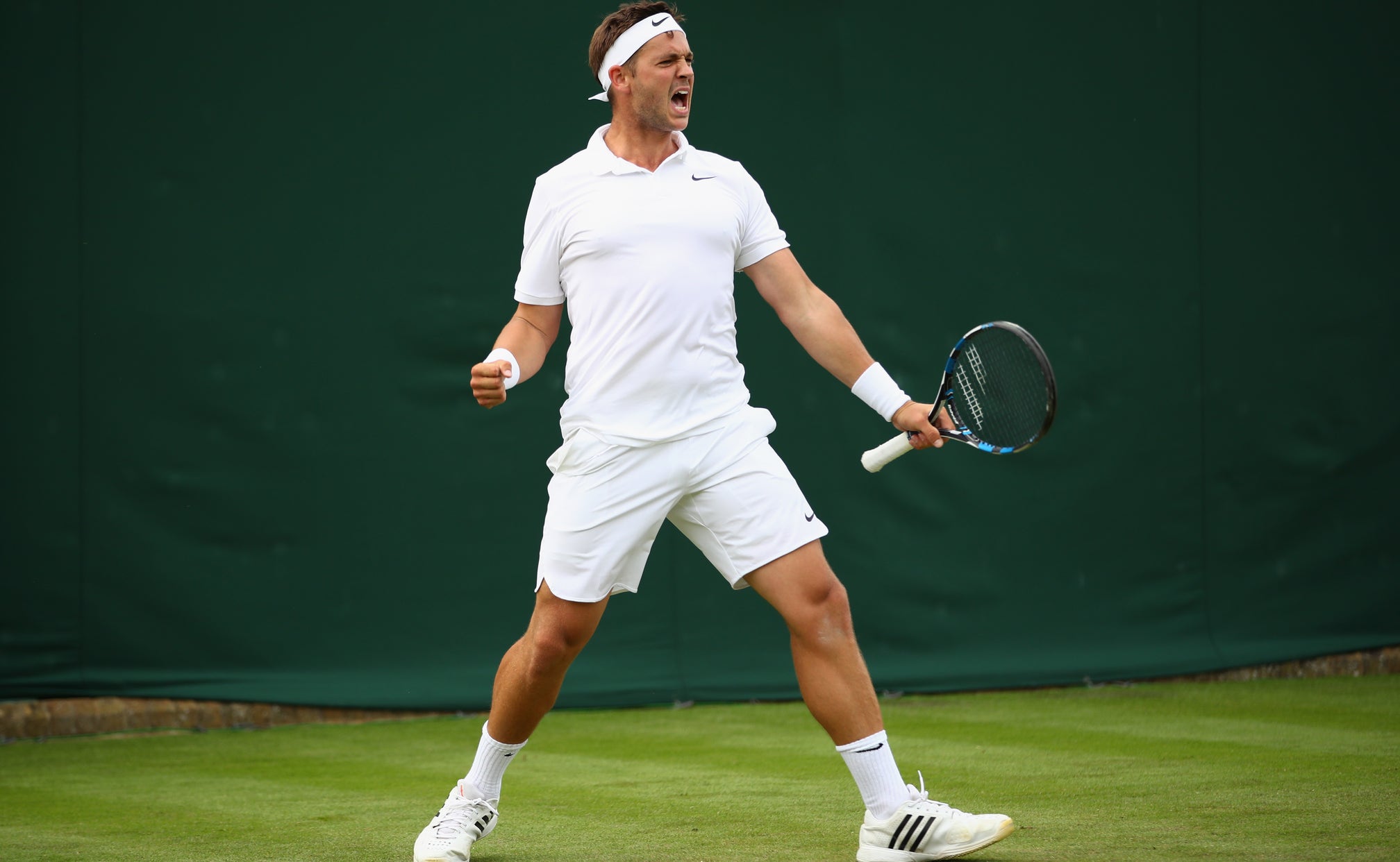 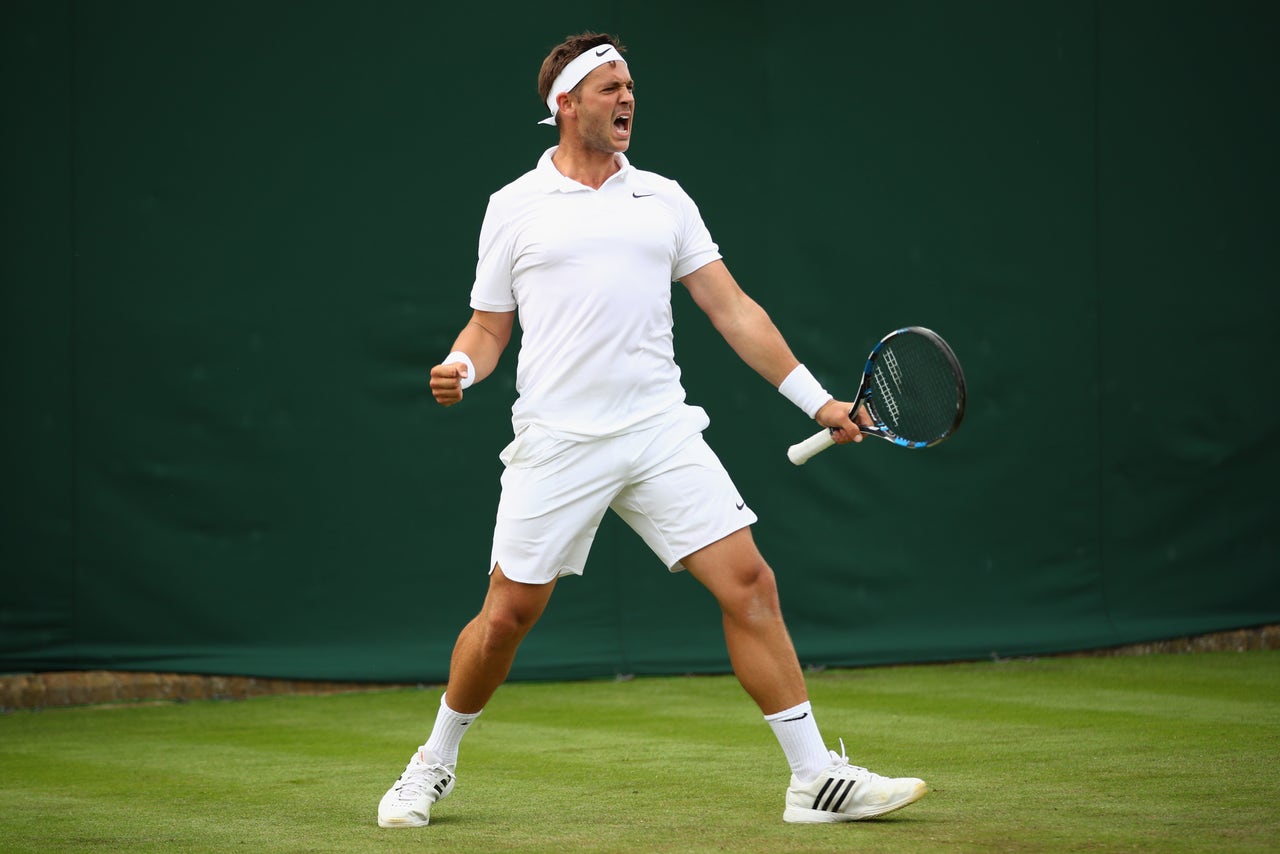 In a fortnight, Novak Djokovic could be a back-to-back Wimbledon champion, the first man since Rod Laver to win five straight majors and be just one tournament away from a historic Grand Slam. And you know what? He still wouldn't be the story of Wimbledon 2016.

On Monday afternoon in London, the longest of the longshots, world No. 772 Marcus Willis, defeated world No. 55 Marcus Berankis in straight sets in a scene that felt lifted straight from a movie. (And kind of was.) Titles are great. Championships grant immortality. Sometimes, though, an unknown steals the stage. 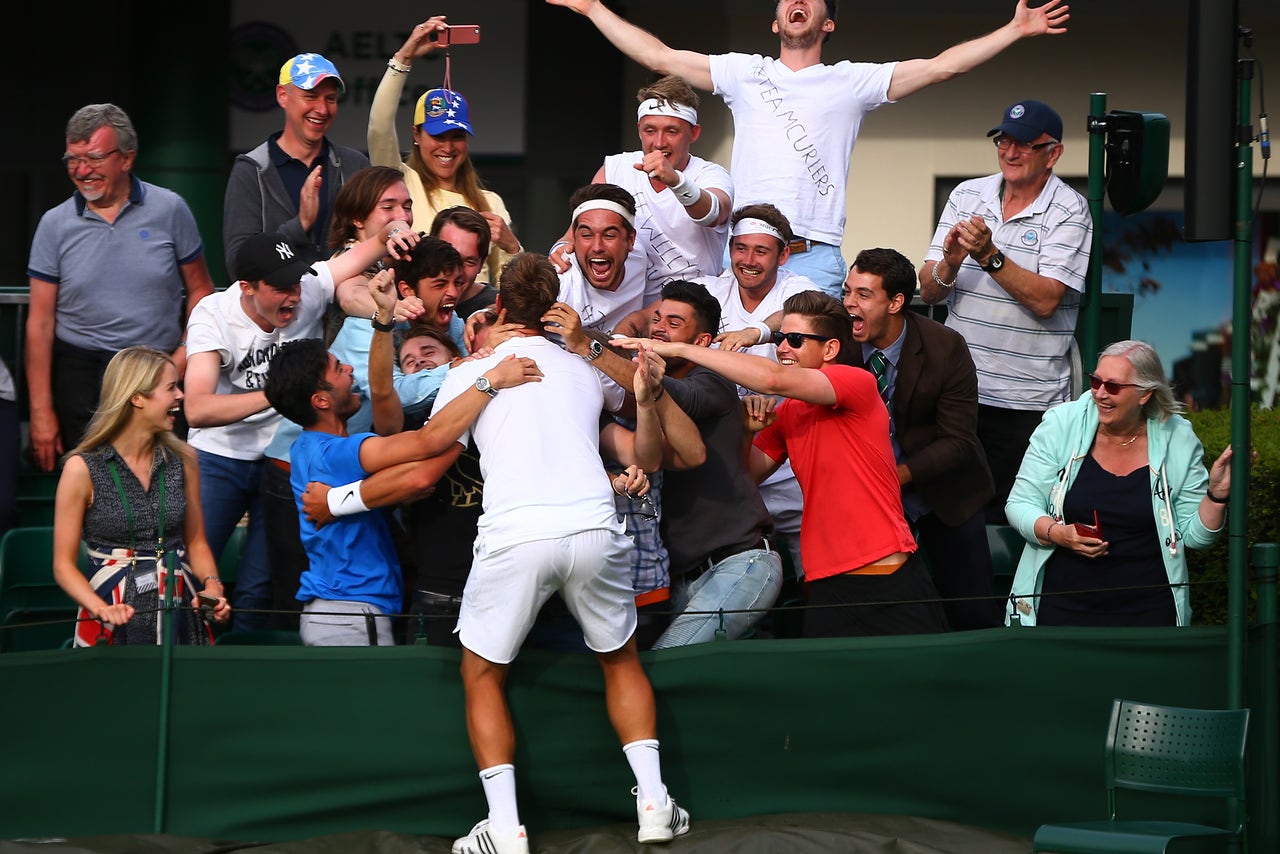 Willis is a teaching pro and played like one on Monday, with unorthodox baseline slices and a tendency to barely move his opponent, like he was feeding balls to a 60-year-old from Kensington Square instead of playing on Court 17 at Wimbledon. It worked. Berankis was flummoxed the entire match and played a bemused sort of tennis, as if he was staring at a problem he knew he couldn't solve.

How to celebrate your first #Wimbledon win, by Marcus Willis... https://t.co/QXxn8k7HbC

Earlier this month, Willis, who worked at the Warwick Boat Club about 30 minutes southeast of Birmingham, was ranked, it has to be said again, No. 772 and had made a cool $356 on the tennis court this season. (The private lessons surely put more in his wallet than his professional career.) He had never before played an ATP-level match, was 5-11 in Challengers (think double-A baseball) and was a journeyman on a Futures circuit (think single-A) full of them. In the spring, he'd spend eight hours teaching and then play at night for his club's league team. Imagine the guy in your pickup basketball game starting in the NBA playoffs and you'll get a sense of what Willis accomplished.

The story of it is the best part of all. In February, Willis was about to leave the UK for a teaching pro job in Philadelphia. "I was adamant I was going to go to America and coach and called up someone about the visa but I met a girl who basically told me I was an idiot and that I should keep going and I’m very grateful for her," Willis told reporters.

That girl was Jenny Bate, a dentist who said there was "love at first sight" and told her mom after the first date with Willis to tell them she'd found "the one," as she told Ben Rothenberg of The New York Times.

The incredible story of a British qualifier

He was about to quit. He met a girl. She told him he was "being an idiot". This afternoon Berkshire's Marcus Willis WON his first round at Wimbledon Just incredible http://bbc.in/28Z51Vi

The relationship was working better than the tennis. Because of injuries, Willis could only play one sanctioned professional event - the one where he won that $356 - and, like most players ranked No. 150 or worse, had to figure he'd be watching Wimbledon at home.

But then one player slipped below him in the British rankings. Another got hurt. One guy didn't sign up on time. And because of that, Willis got the final spot into the pre-qualifying draw at Wimbledon, where you have to win three matches to qualify for the actual qualifying draw, where you have to win three matches to make the main draw. It wasn't improbable, it wasn't even impossible. It simply could not happen. Willis had only won six-straight matches twice in his career and each of those streaks featured a player ranked No. 1000 or worse. Oh, and a Wimbledon berth and £30,000 weren't on the line. 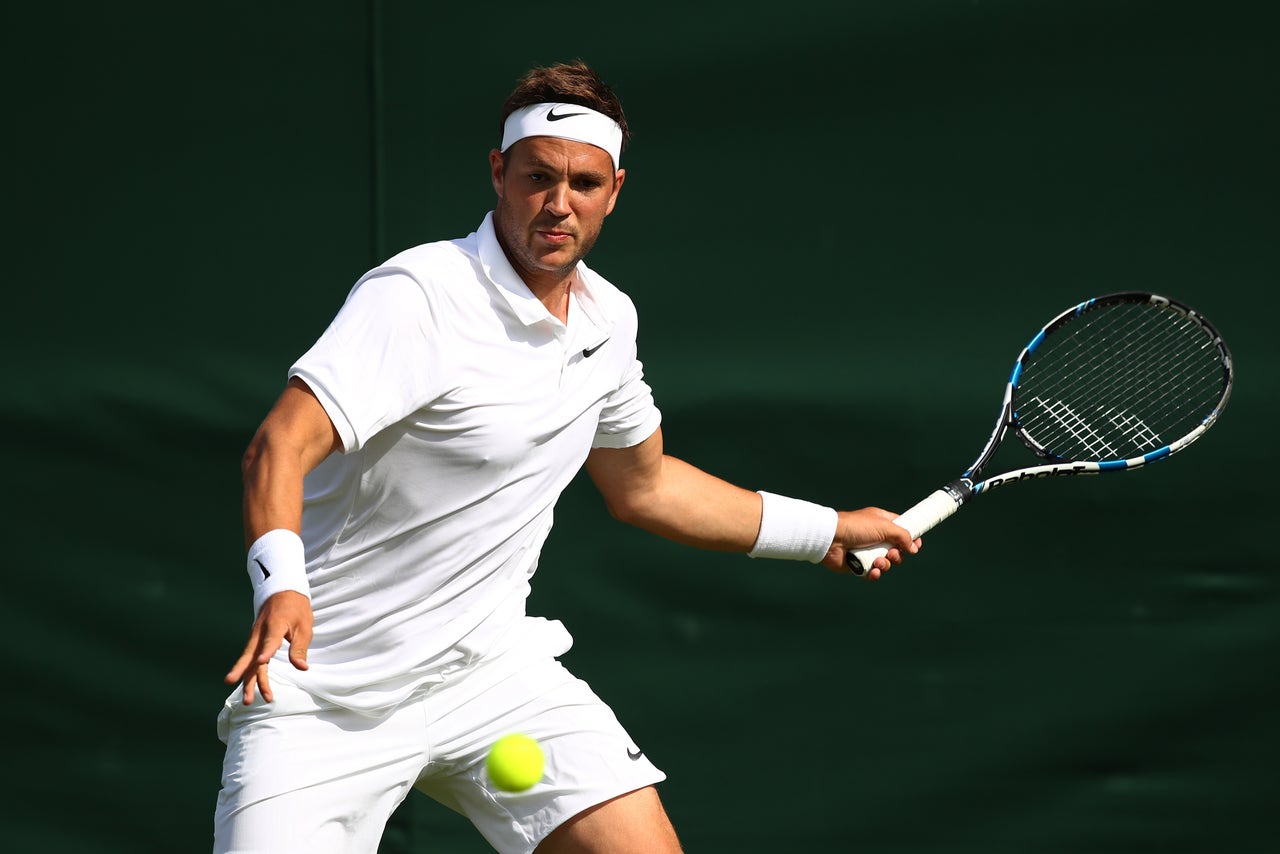 Willis won the first match, then the second and, improbably, the third. He was three matches away from Wimbledon. Three very long matches away. His first match was against the world No. 99. Willis had never defeated anyone ranked better than No. 175. He lost the first set 6-1. He won the third by the same score. He somehow survived two more matches and became one of the lowest-ranked players to make a major in a generation.

And then came Monday. Bate said she couldn't cancel her Monday appointments but managed to be there anyway (a machine at her dental office didn't work, wink-wink). When Willis won, he ran to her to give her a kiss before moving over to his frat-boy-like section of friends to do a group hug/jump. 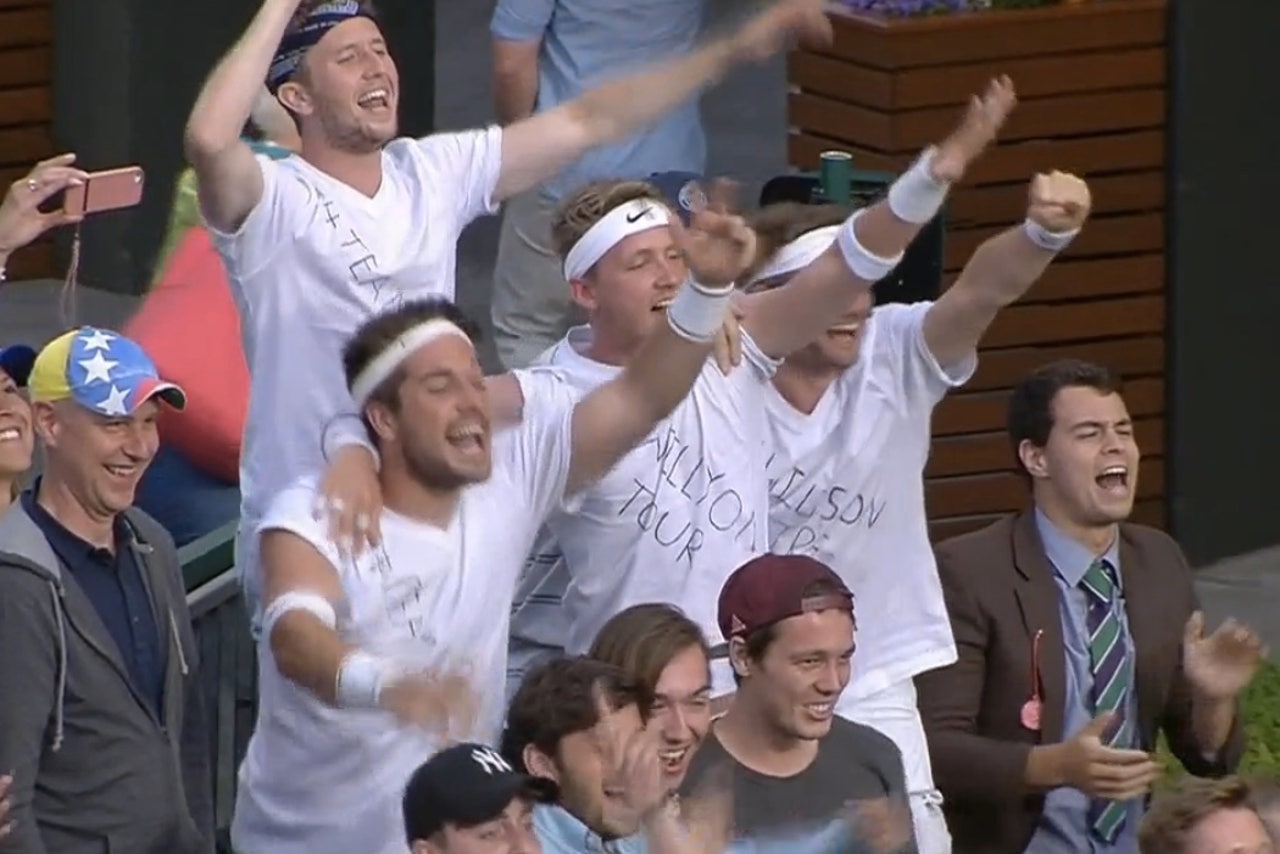 If it sounds familiar it's because the real-life tale is basically the plot of the 2004 movie Wimbledon, except Willis is far less famous than Paul Bettany's character and Bate isn't a spoiled American tennis brat with an overbearing father played by the guy from Jurassic Park. (Her and Kirsten Dunst do bear a passing resemblance, however.)

It's almost too good to be true. But make no mistake, Marcus Willis is no Cinderella. Cinderella was close to royalty. Bate is a loving companion, not a magical fairy godmother. Heck, there weren't even 775 girls in Cinderella's town. (I have a two-year old daughter. I know more about Cinderella than I'd care to admit.) I don't even think there's a word for what Marcus Willis is. Let's just put it this way: The Brits play Iceland in the Euro Cup about an hour after Willis's match ended. Football, the Sisyphean national addiction and heartache. And tomorrow, win or lose, they're going to share space on the front of the tabloids with a normal guy who fell in love and won at Wimbledon.

The story that has outlasted seven different should-be conclusions will continue on Wednesday. Willis' opponent? It'll probably be an up-and-comer from Switzerland named Federer. You know, the guy who's won six more Wimbledon titles than Willis has won Wimbledon matches.

Could it? Can it? Nah, even Hollywood would write an ending like that. 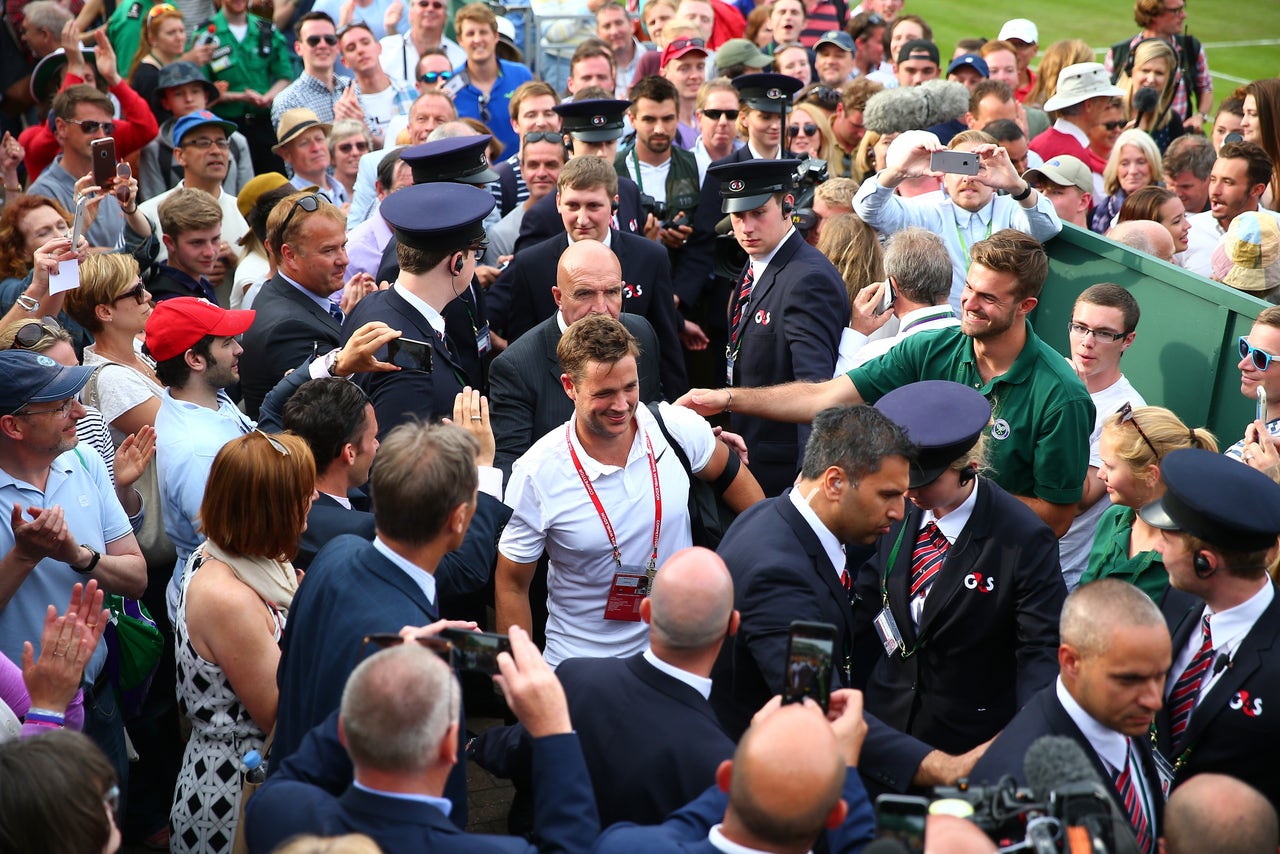 tennis
share story
those were the latest stories
Want to see more?
View All Stories
Fox Sports™ and © 2020 Fox Media LLC and Fox Sports Interactive Media, LLC. All rights reserved. Use of this website (including any and all parts and components) constitutes your acceptance of these Terms of Use and Updated Privacy Policy. Advertising Choices. Do Not Sell my Personal Info