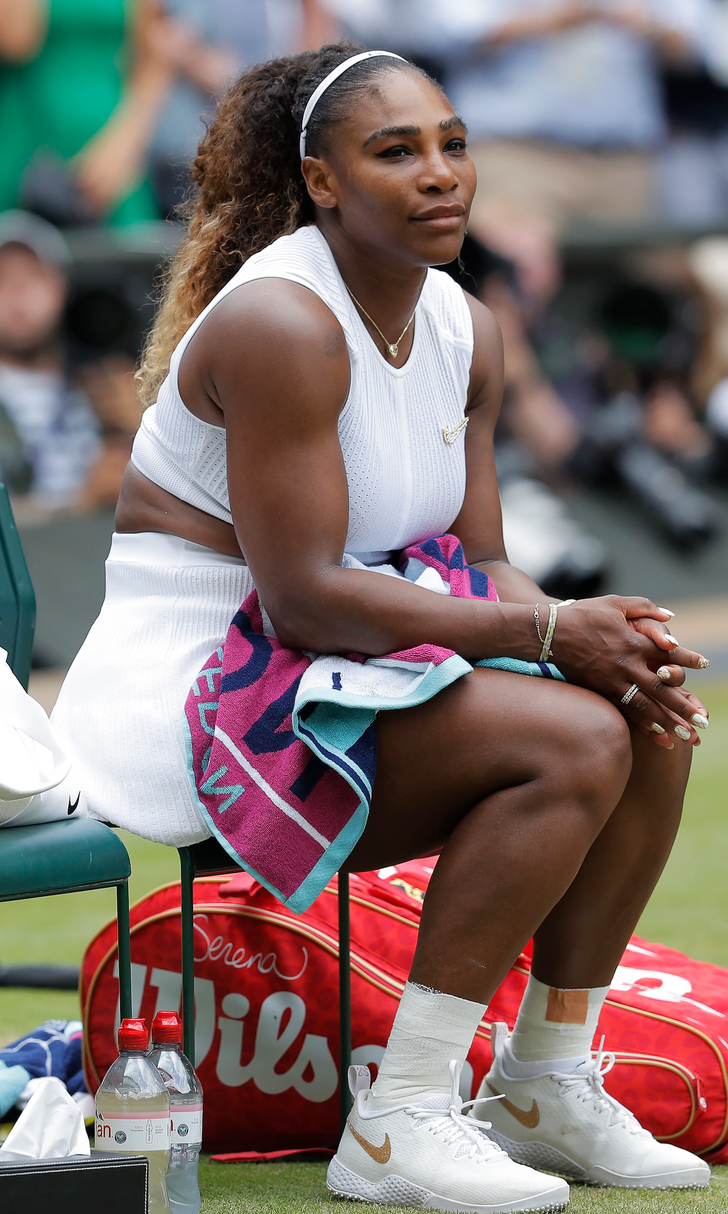 We hadn't heard much from the tennis world in the midst of the coronavirus pandemic. That changed on Wednesday.

The world's oldest and most prestigious tennis tournament, Wimbledon, was cancelled on Wednesday in a bit of a shock move, considering The Championships were not scheduled to take place until June 29 – 90 days from now.

A portion of the statement released Wednesday on Wimbledon.com read as follows:

It is with great regret that the Main Board of the All England Club (AELTC) and the Committee of Management of The Championships have today decided that The Championships 2020 will be cancelled due to public health concerns linked to the coronavirus epidemic. The 134th Championships will instead be staged from 28 June to 11 July 2021.
Uppermost in our mind has been the health and safety of all of those who come together to make Wimbledon happen – the public in the UK and visitors from around the world, our players, guests, members, staff, volunteers, partners, contractors, and local residents – as well as our broader responsibility to society’s efforts to tackle this global challenge to our way of life.


The release continued on to site travel restrictions, large crowds and staff training as reasons why the 134th edition of the tournament could not go on:

Since the emergence of the coronavirus (COVID-19) outbreak in January, we have followed guidance from the UK Government and public health authorities in relation to our year-round operations, alongside developing an understanding of the likely trajectory of the outbreak in the UK ...
These considerations are particularly related to the concerns brought about by mass gatherings and the strain on the medical and emergency services, as well as movement and travel restrictions both within the UK and around the world. With the likelihood that the Government’s measures will continue for many months, it is our view that we must act responsibly to protect the large numbers of people required to prepare The Championships from being at risk ...


The first Wimbledon was held in 1877, and prior to this year, it had only been cancelled twice, both times due to war.

Furthermore, both the ATP and WTA announced that play will continue to be suspended well into the summer.

Wimbledon is the first of the four 2020 Grand Slam tournaments to be cancelled.

The Australian Open was held Jan. 20 - Feb. 2, and was won by Novak Djokovic on the gentlemen's side and Sofia Kenin on the ladies' side.

The French Open was scheduled to take place May 24 - June 7, but was postponed due to the coronavirus. It will now take place Sept. 20 - Oct. 4.

Social media reaction to the Wimbledon cancellation was swift, specifically from some of the game's greatest champions, including Roger Federer.

Federer – currently ranked No. 4 in the world – is arguably the greatest men's tennis player of all time and undoubtedly Wimbledon's greatest Gentlemen's Singles champion. Eight of his 20 Grand Slam wins took place at the All England Club.

He last won the tournament in 2017 and lost in the 2019 Wimbledon final last summer.

Current world No. 9 Serena Williams – widely regarded as the greatest female tennis player of all time – has won the Wimbledon Ladies Singles' title 7 times. She last won the tournament in 2016.

Williams – who has won 23 Grand Slams in her career – lost in last summer's Wimbledon final.

Defeating Williams in the 2019 Wimbledon championship match was current world No. 2, Simona Halep, who also took to Twitter to express her sadness over the cancellation of Wimbledon.

The final Grand Slam tournament annually and the grandest tournament in the United States is the US Open, which released a statement on Wednesday as well.

Tennis legend Billie Jean King, who won 12 Grand Slams during her career, weighed in on the news.

Several other ATP and WTA stars shared their reactions via Twitter.