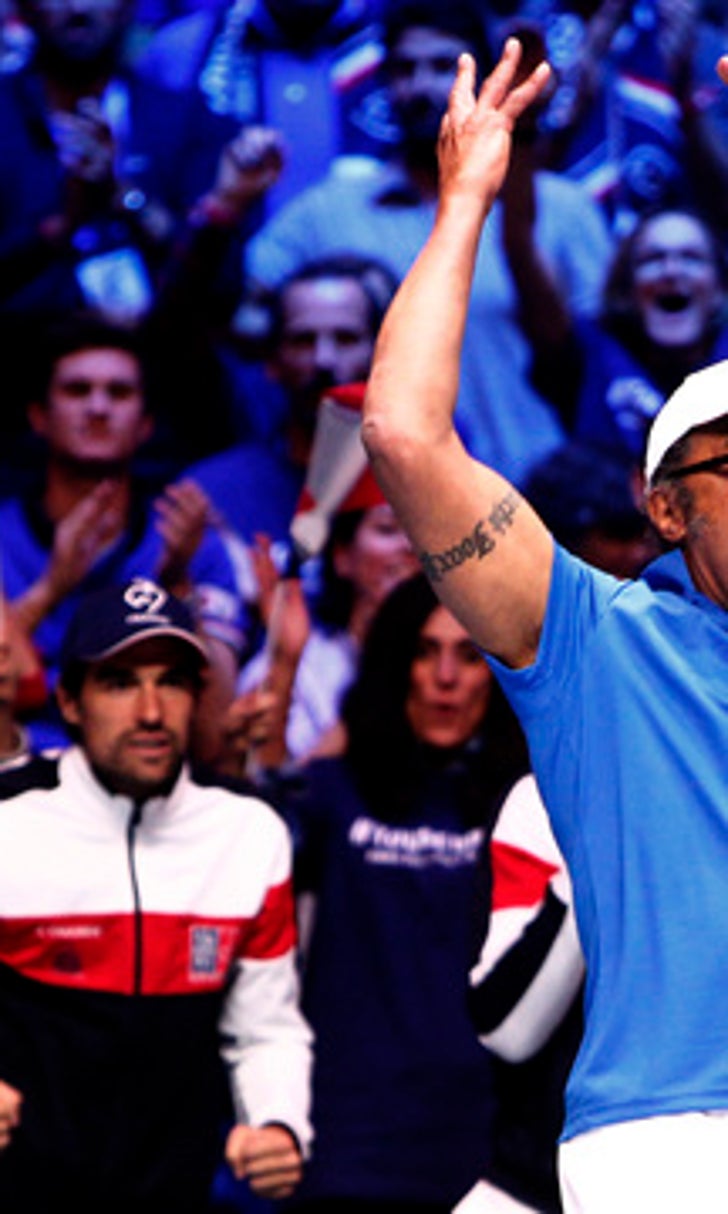 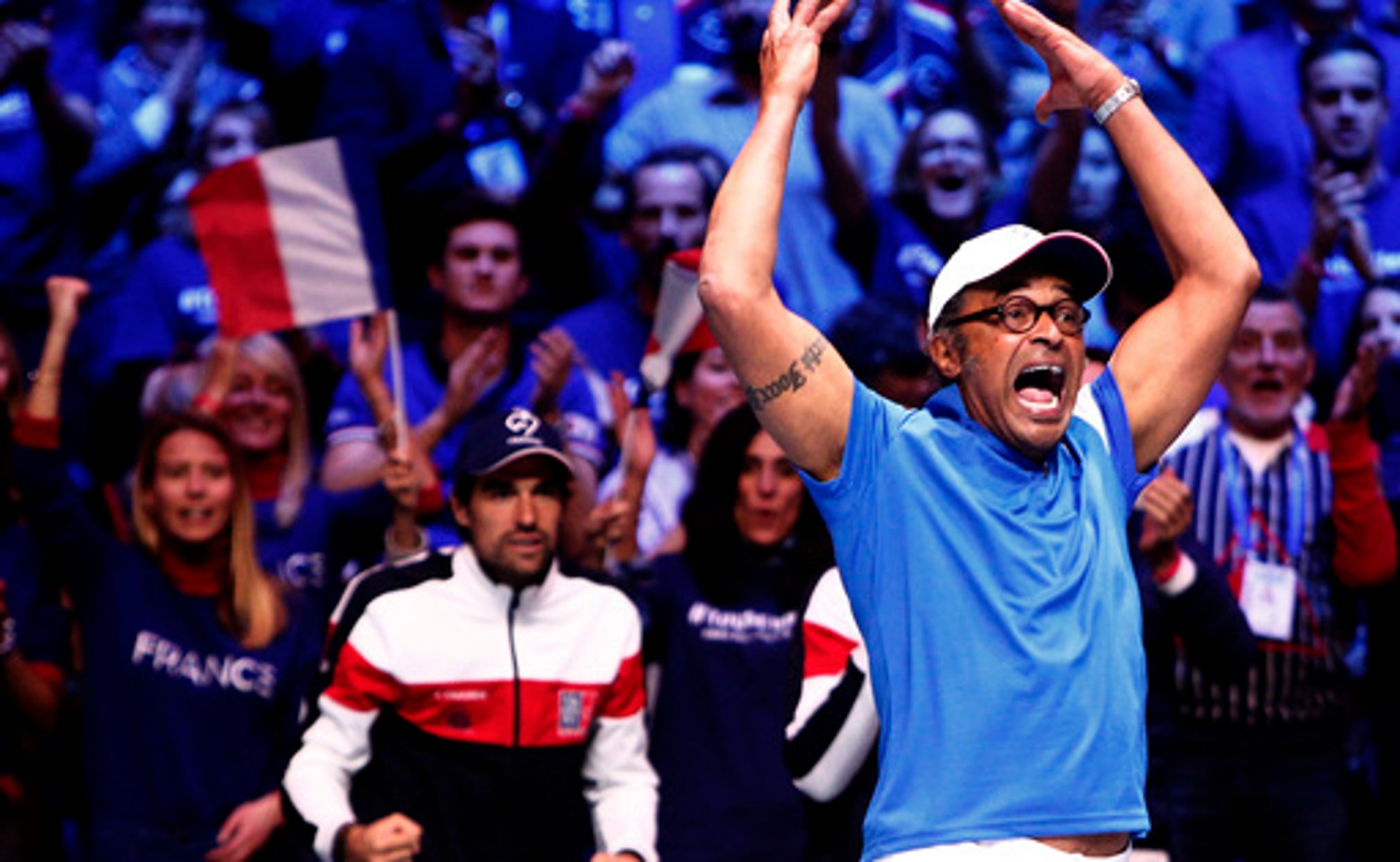 LILLE, France (AP) Yannick Noah took a big gamble in the Davis Cup final and it paid off.

When the France captain fielded an inexperienced pair for the doubles, many were perplexed. He was rewarded by a victory that put France one point away from a 10th Davis Cup title.

''It was a tough decision,'' Noah said after Richard Gasquet and Pierre-Hugues Herbert, who had never played together before, defeated Ruben Bemelmans and Joris De Loore 6-1, 3-6, 7-6 (2), 6-4 on Saturday.

Gasquet, who was initially named as a substitute in Noah's squad, replaced doubles specialist Nicolas Mahut for the final.

Herbert and Mahut, who won two Grand Slams together and were paired in the Davis Cup semifinal win against Serbia, were an obvious choice, ''the politically correct decision,'' Noah said.

''To me, from a personal standpoint, it's very nice that they won that match,'' he added. He would have been ''in the hot seat'' if they lost.

Noah said he made his mind up during training when Herbert shook off a back injury and Gasquet was in excellent form.

''Their styles of play are matching well, with Richard really solid from the baseline, and PH, who has a huge presence at the net,'' Noah said.

When Herbert and Gasquet prevailed, Noah danced on the court and hugged French sports minister Laura Flessel in the stands.

In the first reverse singles on Sunday, Jo-Wilfried Tsonga can clinch the final for France against Belgium's top player, David Goffin. If Tsonga fails, the tie will be decided between Frenchman Lucas Pouille and Steve Darcis.

Tsonga and Goffin won their opening singles in straight sets.

''I'm not feeling down at all,'' said Belgium captain Johan Van Herck, still hoping to deliver a first Davis Cup title to his country.

''Jo made a good impression on Friday, but he will take on a different opponent on Sunday. David has the game to beat Jo. He is confident, and this will be a match worthy of the Davis Cup.''

Despite their lack of practice and matches together, Herbert and Gasquet got off to a flying start on the indoor hard court at Pierre Mauroy Stadium.

Gasquet executed perfect passing shots from both sides and Herbert had a dominant presence at the net as they raced to 5-0. The Belgians saved two set points to finally hold serve, but Gasquet served out for the set.

The French served poorly in the second and always trailed. Bemelmans served out the set and the Belgians celebrated with a chest bump.

''They (Gasquet and Herbert) were on the brink of collapse,'' said Noah. ''In the end, it came down to just one or two points, and being focused.''

The French were under pressure early in the third set and had to fend off four break points in their first three service games. They finally cracked in the seventh game when De Loore unleashed a forehand return straight into Herbert's head to seal the break, knocking Herbert to the ground.

Herbert recovered but Bemelmans became nervous, with misses on important points. The French pair exploited his errors and leveled at 5-5 to the delight of the raucous home crowd. They dominated the tiebreaker.

De Loore received treatment on his left foot before the start of the fourth set. Herbert hit consecutive double faults to trail 15-40 on serve in the sixth game, but the French held, and made the decisive break for 4-3 following another big mistake from Bemelmans, who buried a smash into the bottom of the net.