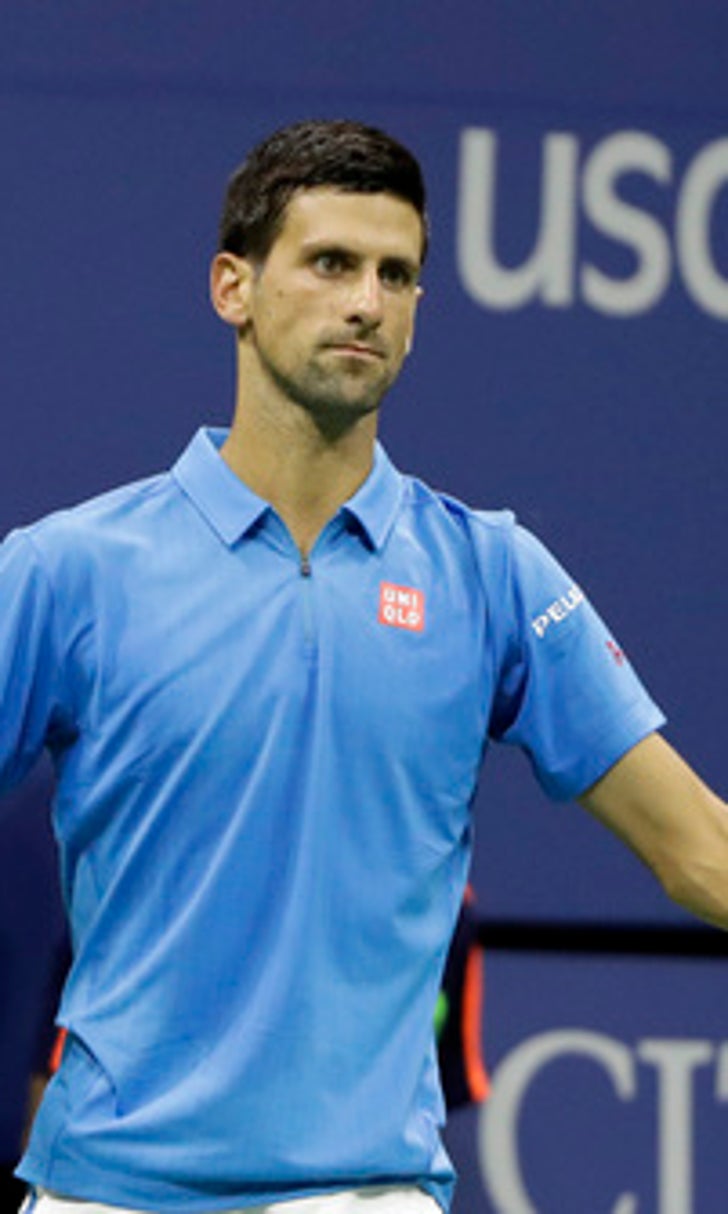 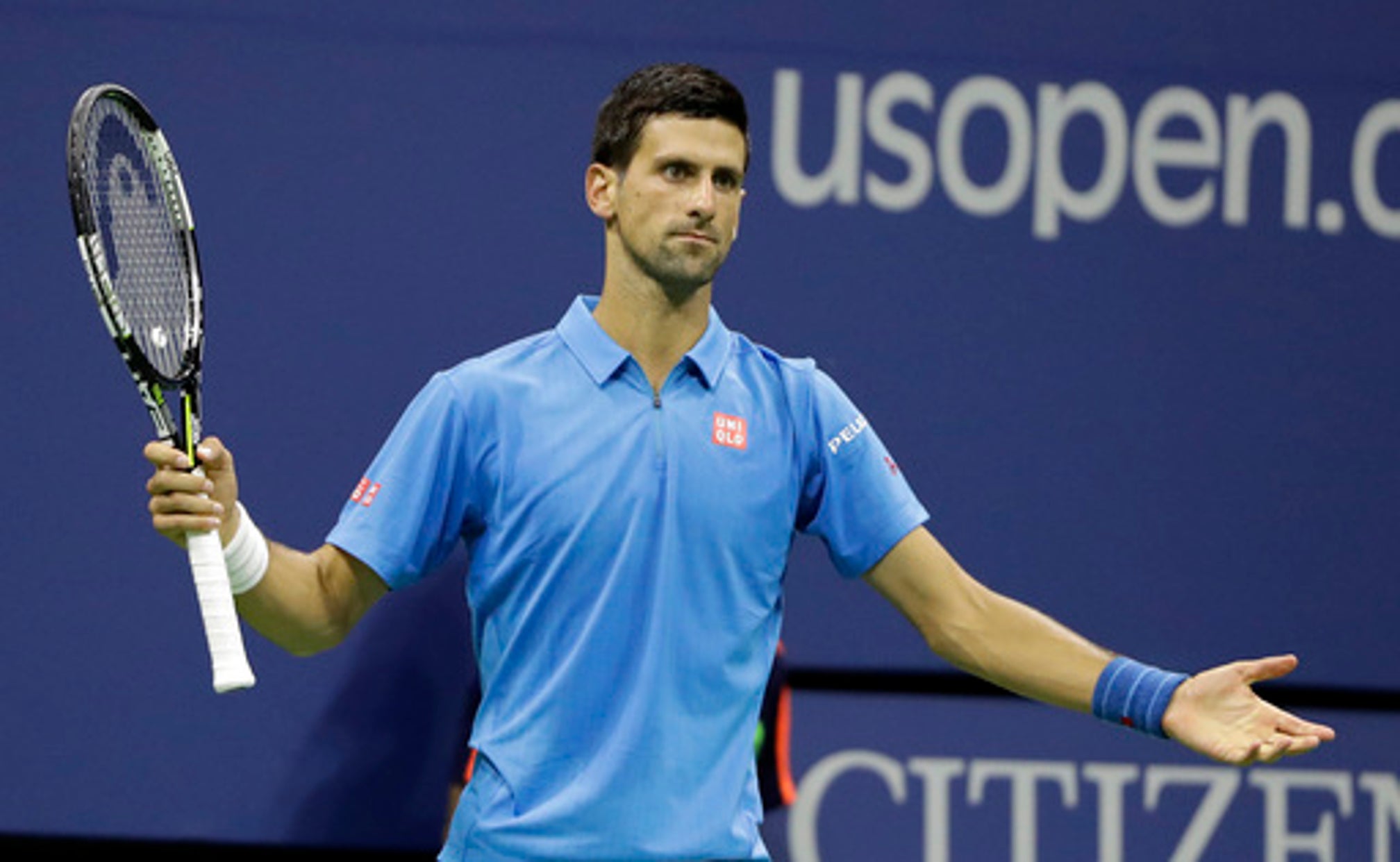 Finally in full match, Djokovic wins at Open despite elbow 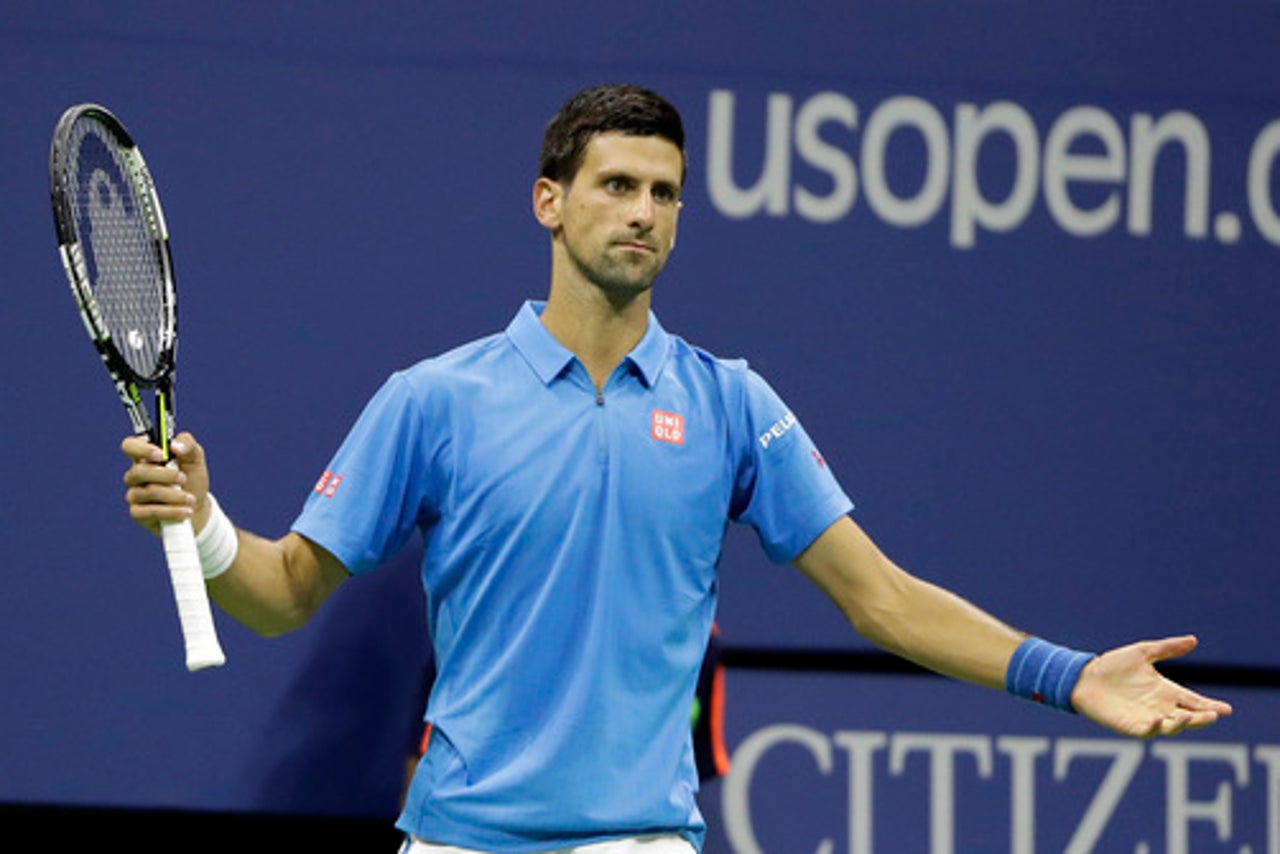 NEW YORK (AP) Novak Djokovic's right elbow was treated by a trainer in the third set of an otherwise matter-of-fact 6-2, 6-1, 6-4 victory over Kyle Edmund on Sunday night that put the defending champion in the U.S. Open quarterfinals for the 10th consecutive year.

Djokovic was finally forced to play a full match after competing for a total of 31 minutes over the preceding five days because of injuries to his opponents in the second and third rounds.

''Obviously I haven't played too much tennis. So I'm really glad to be back,'' Djokovic said in an on-court interview. ''I thought I came out, really, from the blocks very good, playing with a high intensity.''

That he did. Yet while Djokovic looked quite good for the first two sets against the 84th-ranked Edmund, and again at the very end, there was that interlude that included the medical visit at 2-1 in the last set.

That came right after Djokovic got broken for the first time in the match and was part of a stretch of three games in a row for Edmund.

Djokovic also had his right arm worked on during his first-round victory on Day 1 of the tournament, but he got a chance to let that arm sit idle for a bit, benefiting from a walkover in the second round, then a retirement after only six games in the third.

Until the issues resurfaced in the third set against Edmund, Djokovic appeared rather rested and ready.

After about 75 minutes Sunday, Djokovic was ahead by two sets and a break. He produced various bits of magic along the way: a jumping, head-fake drop shot at an impossible angle; a stretching angled cross-court backhand pass that drew an errant volley from Edmund; a body-contorting defense-to-offense forehand that drew a roar from spectators.

''I made Kyle work for each point,'' said Djokovic, whose quarterfinal opponent is No. 9 Jo-Wilfried Tsonga, the man he beat in the 2008 Australian Open final for the first of his 12 major championships. ''I wanted to move him around the court.''

Djokovic even cracked a smile after one effortless exchange in which he ran Edmund this way and that before dropping a backhand winner right near the baseline early in the third set.

And yet it was in that same game that Edmund began his mini-run. At the ensuing changeover, Djokovic was visited by the trainer, who pressed a thumb just above the back of the player's right elbow, while manipulating that joint in various ways. Edmund broke for a second consecutive time to suddenly lead 3-2 as Djokovic's coach, Boris Becker, looked on from the stands, grim-faced.

That, though, was that. Djokovic broke back to 3-all, and after a trade of service holds, he took the last two games. He has reached at least the quarterfinals at 29 of the past 30 Grand Slam tournaments - the exception was his loss in the third round of Wimbledon in June against Sam Querrey.