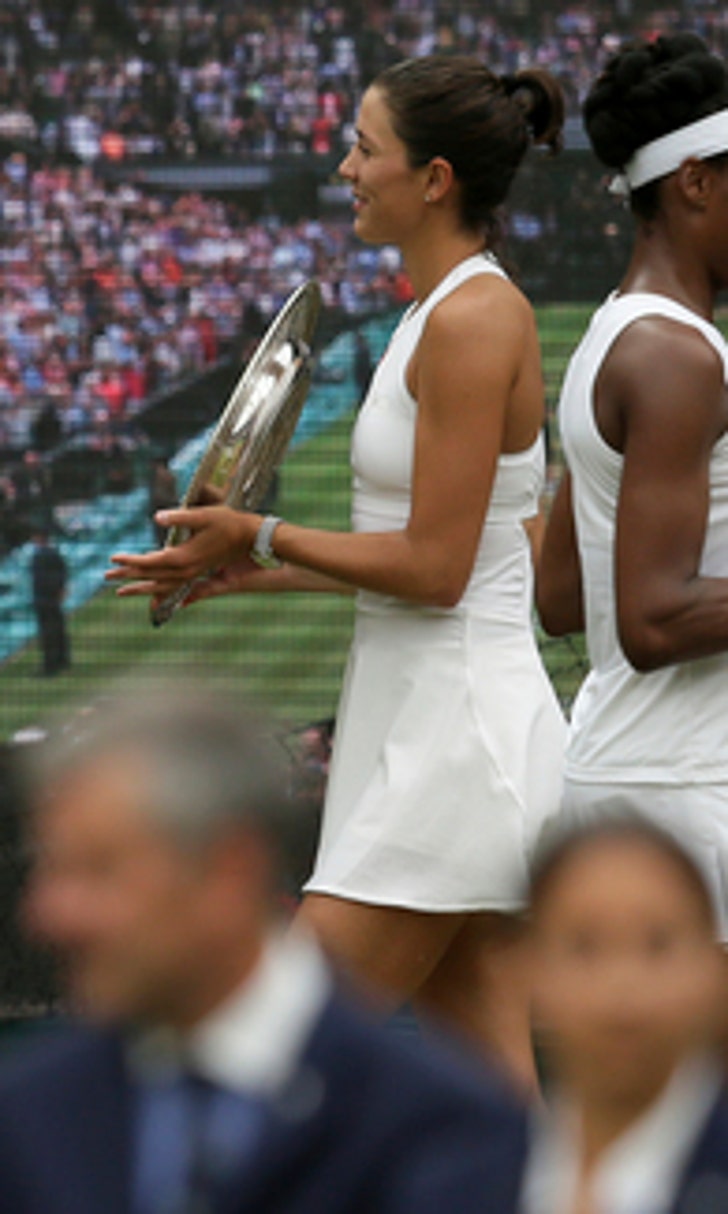 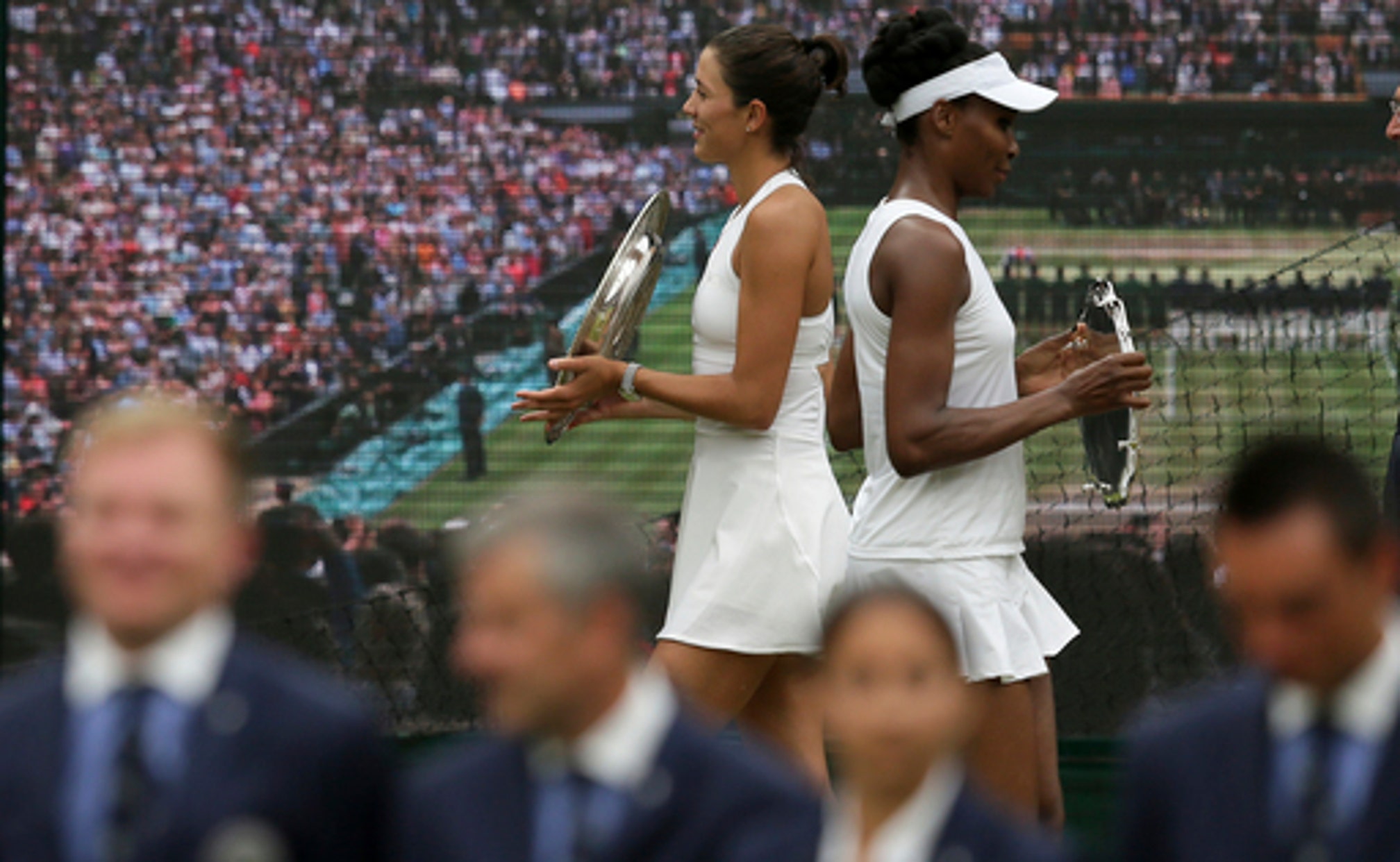 Fendrich on Tennis: Is Muguruza heir to Williams sisters?

LONDON (AP) Shortly after beating Venus Williams in the Wimbledon final, Garbine Muguruza was given a purple-and-gold circular badge signifying that she is a member of the All England Club, an honorary status accorded to tournament champions.

So she attached that hard-to-earn pin to her white zippered jacket, just over her heart, and fiddled with the thing while speaking to a small group of reporters Saturday evening.

Muguruza noted that after losing in the 2015 Wimbledon final to Williams' sister Serena, she didn't get the same treatment, of course: Runners-up don't get the membership or its privileges.

This 7-5, 6-0 victory over Venus, combined with Muguruza's win against Serena in last year's French Open final, made the 23-year-old Spaniard the only woman to defeat each Williams sister in a Grand Slam title match. That alone marks her as a likely, and worthy, heir to the two women who changed their sport.

Add in Muguruza's bold, aggressive playing style and affinity for the big stage, and she certainly looks like someone who could keep doing what she wants to do more than anything: win major championships.

That matters more to her than where she is in the rankings, for example. She entered Wimbledon at No. 15, and will rise to No. 5 on Monday.

Her career best is No. 2, but that doesn't seem to concern Muguruza all that much.

The key, she and others agree, will be finding more consistency. Saturday's final against the older Williams was Muguruza's first since the 2016 French Open.

Not just her first final at a Grand Slam tournament since then, mind you. Her first anywhere.

To establish her place among the truly elite, she'll need to more frequently summon the power and precision that she has managed to find on the most stressful occasions.

''Hopefully she can stay a little bit more steady,'' said Conchita Martinez, the Spanish Fed Cup and Davis Cup captain who worked with Muguruza during Wimbledon because her regular coach, Sam Sumyk, took time off for the birth of his child.

''The key is to continue routines, continue to work hard,'' Martinez said. ''And to focus in every tournament you play is important.''

Also worth keeping an eye on now: how Muguruza handles the aftermath of this latest triumph.

She acknowledged that she found it burdensome to deal with the expectations that came with her first major championship. That was one factor in her results since, including only a 23-13 record this season entering Wimbledon.

''It's just hard, when you're playing very good and you want to keep that, and maybe it doesn't happen. You feel like, `Why (can't I) play that good every week?'' she said.

At Roland Garros last month, Muguruza lost in the fourth round, then got choked up during her post-match news conference, saying she was happy to leave behind all the questions about the pressures of trying to defend that title.

''I'm going to have a similar problem now, which is a good problem to have,'' Muguruza said Saturday. ''I just changed (the) page really fast. I was sad for a few days. But I'm like, `Just forget about it.' ... And that's it. And I forgot.''

If she can do that, there's no telling how many of these things she can win.