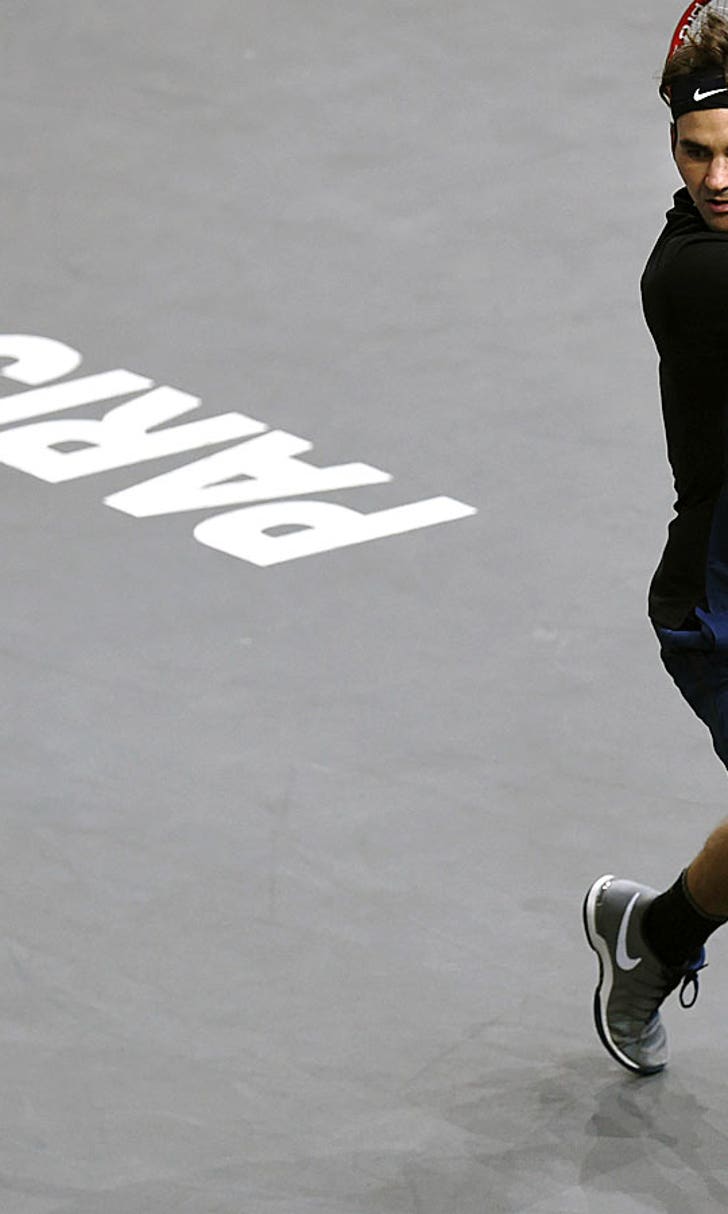 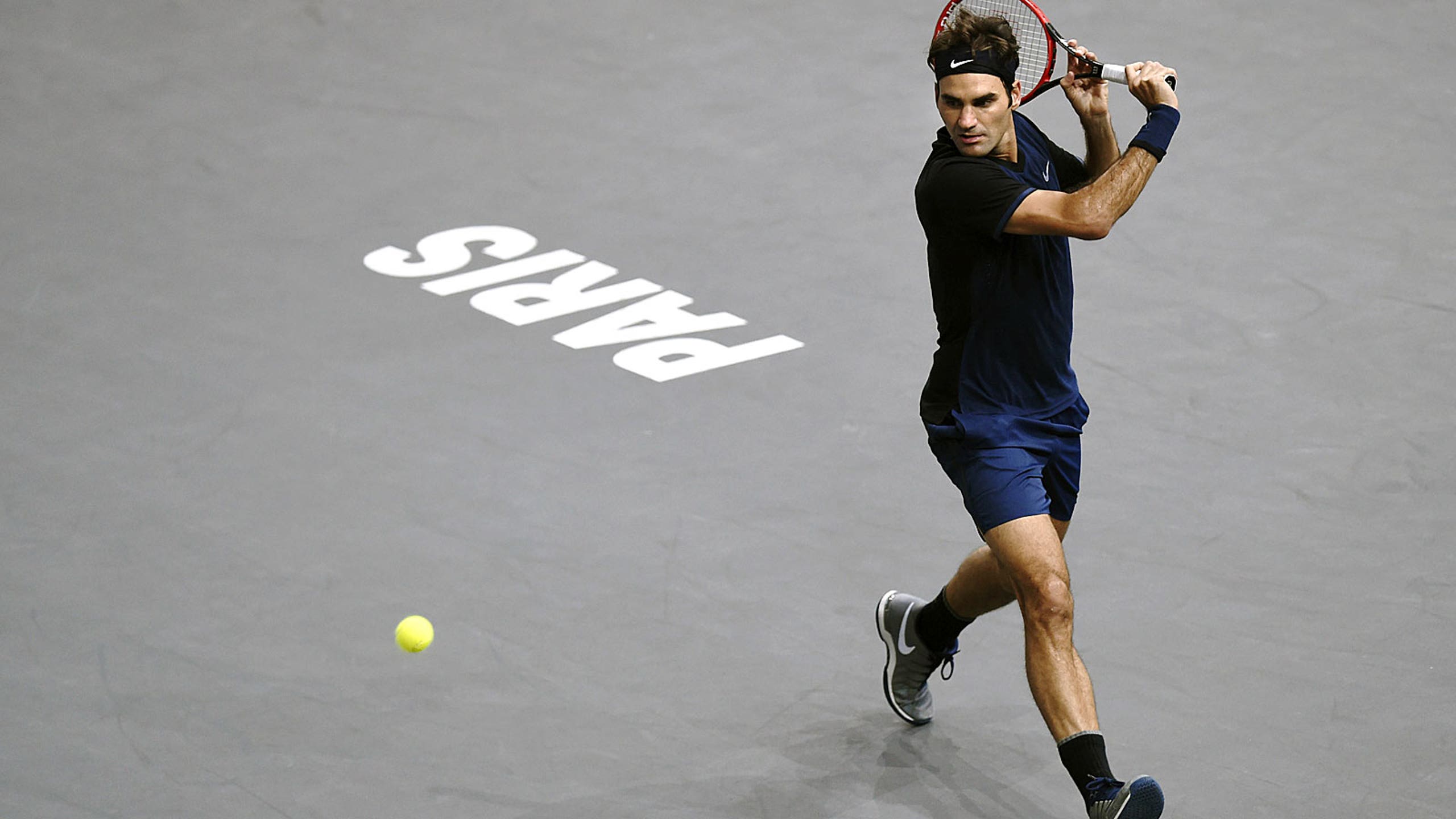 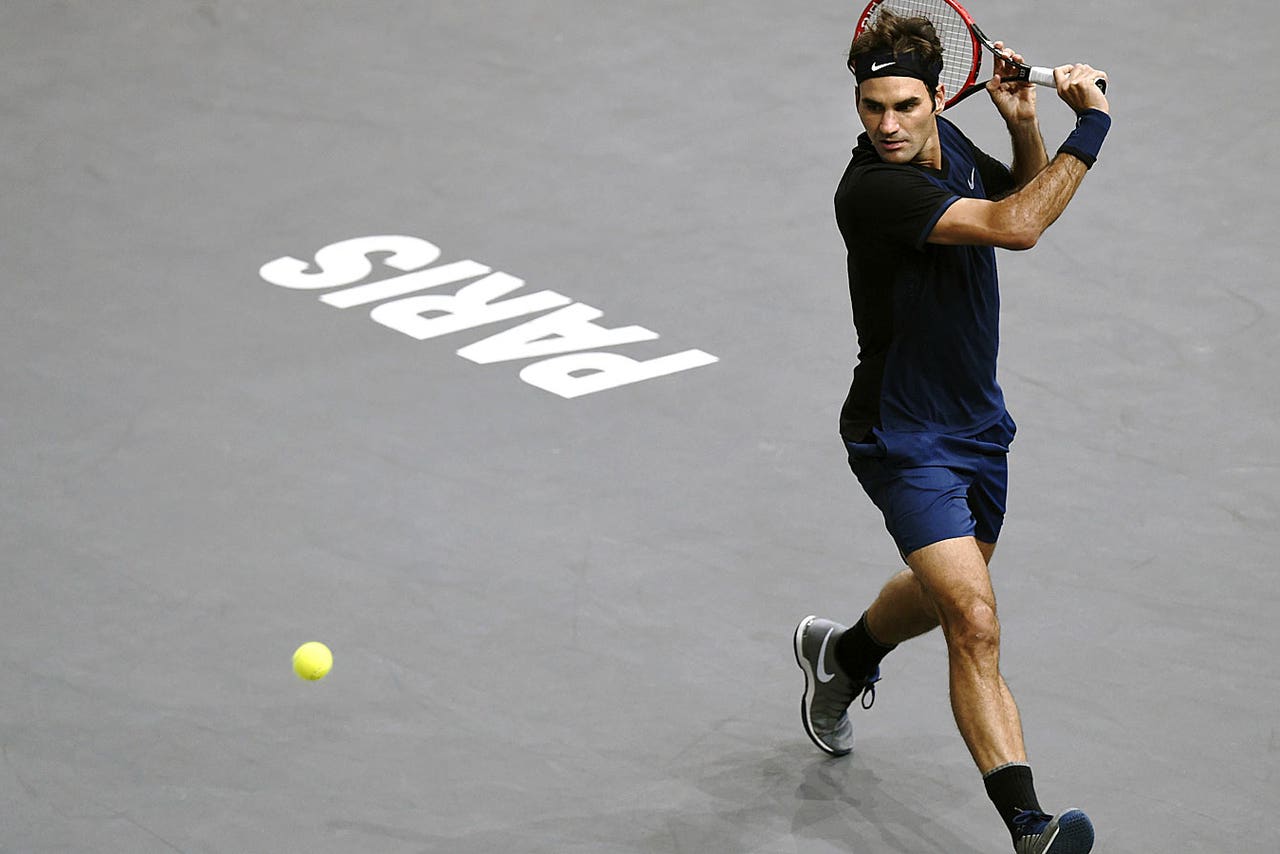 PARIS -- Roger Federer raced into the third round of the Paris Masters with an exhilarating display of attacking tennis on Wednesday, thrashing Italian Andreas Seppi of Italy 6-1, 6-1 in just 47 minutes.

Fresh from his victory at the Swiss Indoors last weekend, the 17-time Grand Slam champion looked in ominous form on the indoor hard court, winning 92 percent of points on his first serve as he breezed through the first set in 19 minutes.

"Of course I like great battles, playing two, three, four, five hours. But 47 minutes is always very pleasant," Federer said. "It's definitely a great feeling, plus I didn't expect it. Practice yesterday was difficult."

Seppi had a glimpse of a chance, but failed to convert four break points on Federer's opening service game of the second set.

From then on, Federer thrilled the Paris crowd with one-handed backhand winners down the line, subtle volleys at the net and overhead smashes, all played at an electric pace that proved the 34-year-old is in great physical shape even this late in the season.

"It's a great feeling because you feel like whatever you do, you will find a solution somehow," Federer said.

It was Federer's 13th win in 14 matches against Seppi, who knocked him out in the third round of the Australian Open this year for his lone victory against the Swiss star.

Federer sealed victory with a brilliant shot, even by his high standards -- a sliced backhand drop with so much spin that it eluded Seppi just before he could reach it.

Even Seppi seemed impressed, shaking his head ruefully and laughing with Federer after they shook hands at the net.

Federer, the 2011 Paris Masters champion, is enjoying a fine season -- having clinched his sixth title of the year and 88th of his career by beating 14-time Grand Slam champion Rafael Nadal in the Basel final last Sunday.

Murray won 84 percent of his first-serve points and broke Coric twice in each set. Coric, regarded as one of the rising stars of tennis, beat Murray 6-1, 6-3 in the quarterfinals of the Dubai Championships in February.

"I hit the ball well and I was able to defend, too, which is a pretty important part of my game," Murray said.

Murray will next play 16th-seeded David Goffin of Belgium, who beat Dusan Lajovic of Serbia 6-2, 6-2. Murray and Goffin are set to also face each other later this month in the Davis Cup final.

Nadal was in trouble when he played Rosol in the first round of the Swiss Indoors last week, with the Czech serving for victory at 5-4.

There was no drama this time. Nadal broke Rosol in the second game and held for 3-0 after saving a break point -- the only one he faced in the match.

He clinched the first set when Rosol's wild, two-handed backhand sailed wide, and then earned the victory on his second match point when Rosol's forehand went wide.

The 29-year-old Nadal dropped to 10th in the rankings earlier this year.

"I was a little bit blocked mentally," he said.

But he has since improved to a No. 6 ranking and reached his 98th final last week.

"The big improvement and big confidence is when I am able to find solutions again," he said. "The thing that I need to keep improving is obviously the serve ... I am returning much better."

No. 5 Tomas Berdych of the Czech Republic, No. 6 Kei Nishikori of Japan, No. 9 Jo-Wilfried Tsonga of France, No. 10 Richard Gasquet of France, No. 15 Feliciano Lopez of Spain, Grigor Dimitrov of Bulgaria and Victor Troicki of Serbia also advanced.