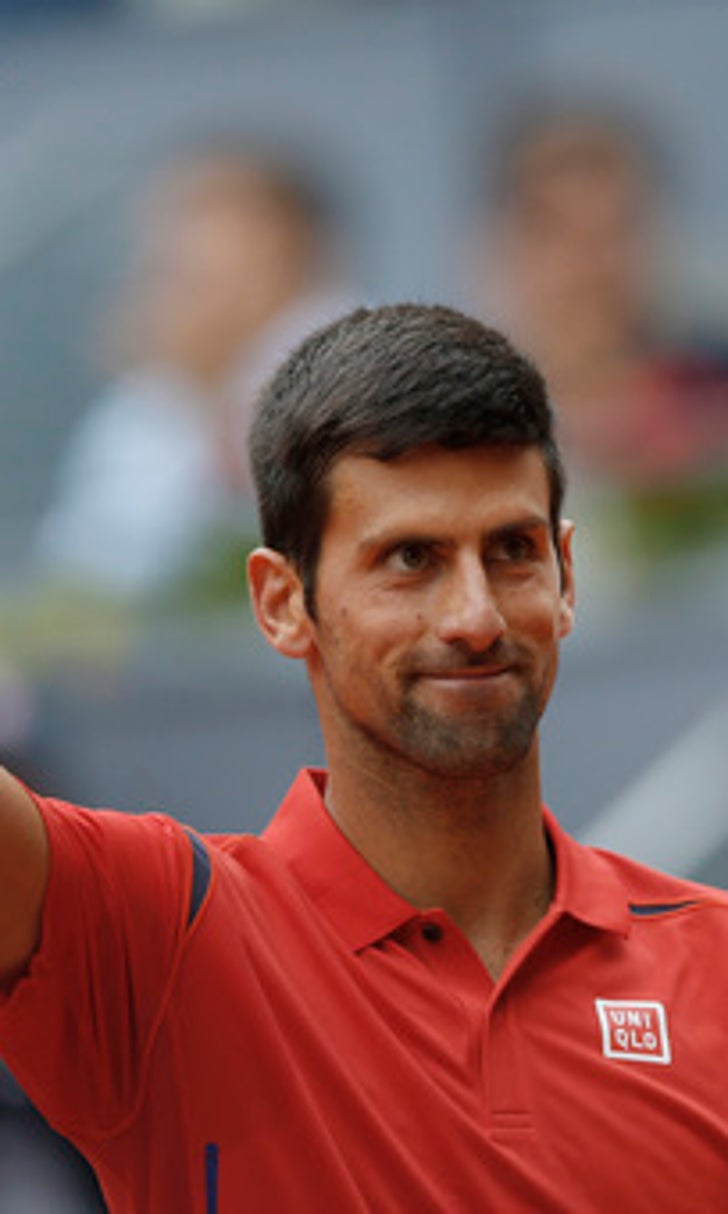 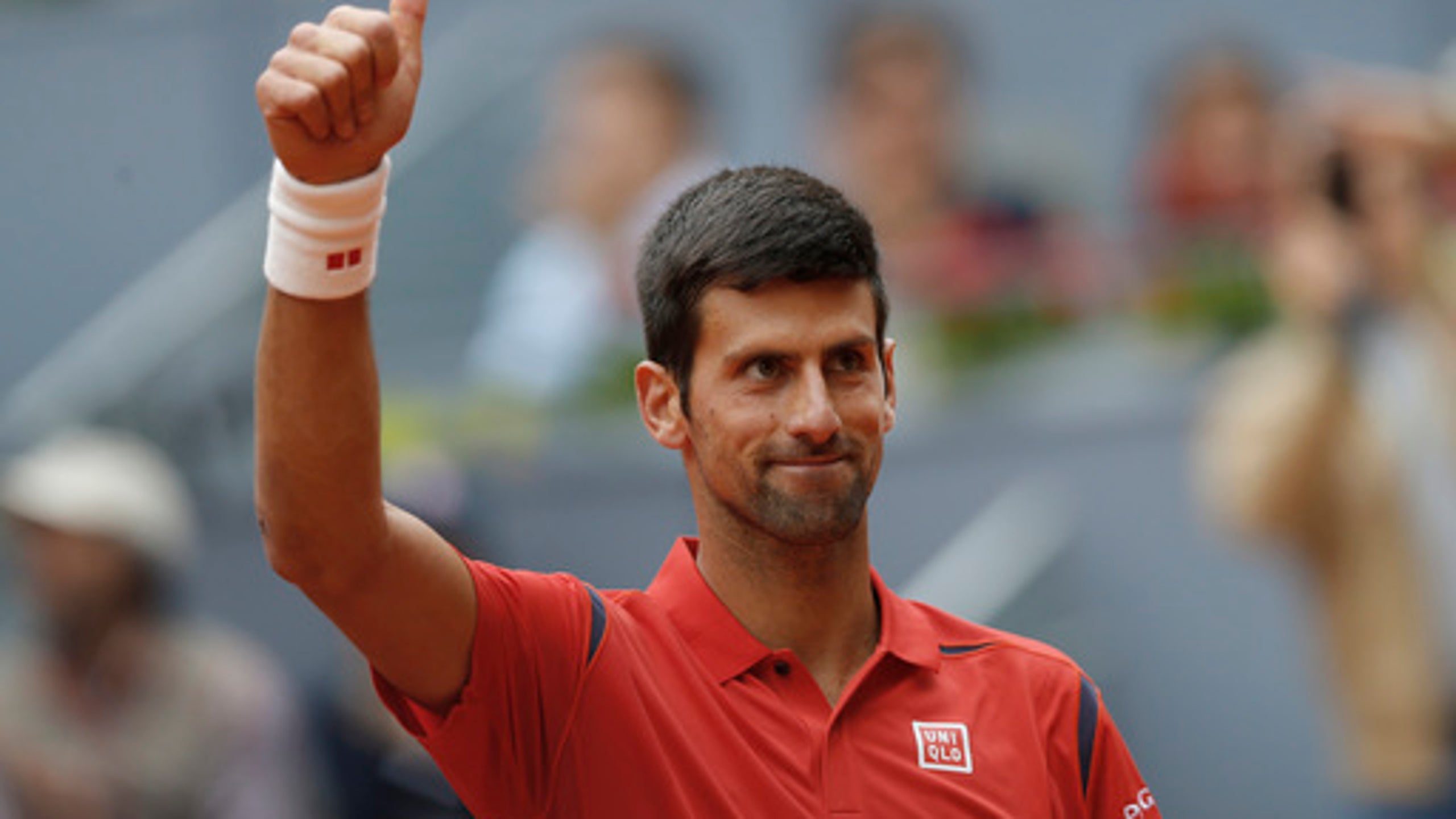 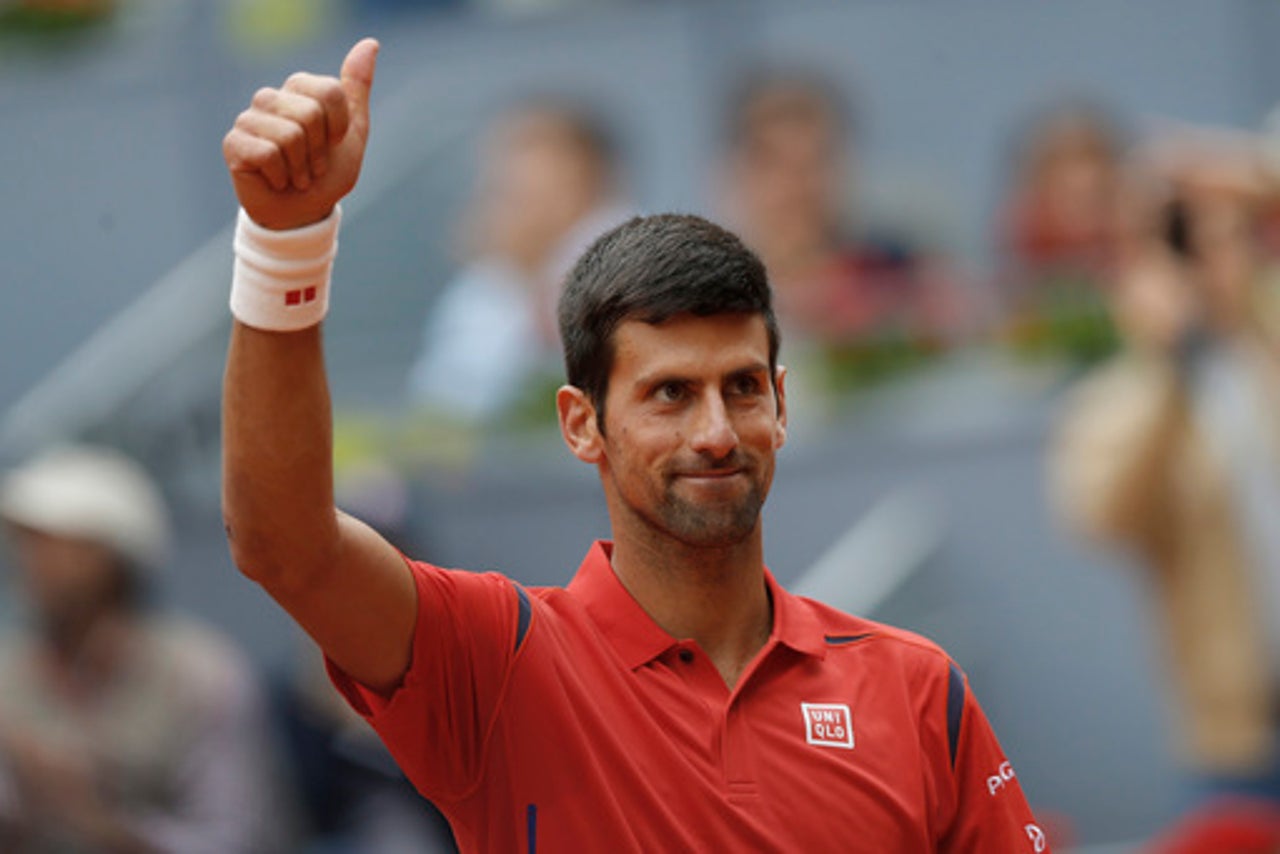 MADRID (AP) Novak Djokovic, Andy Murray and Rafael Nadal made their way into the Madrid Open quarterfinals on Thursday, each with straight-set wins.

The top-ranked Djokovic beat Roberto Bautista Agut of Spain 6-2, 6-1 for his 30th win of the season, the most on tour. Defending champion Murray defeated Gilles Simon of France 6-4, 6-2, and Nadal topped Sam Querrey of the U.S. 6-4, 6-2.

''I wanted to be aggressive and it's what I've done,'' said Djokovic, who had 25 winners and only 11 unforced errors. ''The conditions were quite different than yesterday, it was a bit slower but a bit more windier, so I had to be concentrating.''

Djokovic will next face either Jo-Wilfried Tsonga or Milos Raonic.

Brazil soccer great Ronaldo was at the ''Magic Box'' to watch Djokovic. A day earlier, Djokovic met Ronaldo at Santiago Bernabeu Stadium before Real Madrid's game against Manchester City in the Champions League. Nadal was also at the soccer match.

Murray, seeded second, broke Simon's serve in the final game of the first set and twice in the second to stay on track to defend his title.

''I didn't return that well at the beginning,'' Murray said. ''But when I got into a rhythm, I was able to dictate a lot of points. I used my variety well and served well. He wasn't able to put me under much pressure on my serve after the first couple of games.''

Murray's match against Simon was a rematch of the 2008 final in Madrid, when the British player won his first title at the tournament.

The match was interrupted for a few minutes late in the second set after a spectator fell ill and had to be attended to by paramedics. The match resumed while doctors stayed on in the stands.

Murray's win in Madrid last year was his first at a Masters tournament on clay. This year, he reached the semifinals of the Monte Carlo Masters, losing to eventual champion Nadal in three sets.

Nadal struggled early against the 37th-ranked Querrey and was one point away from trailing 5-1 in the first set.

''It was a tough start,'' Nadal said. ''He was hitting every ball hard and was being successful. I couldn't get to the ball. It took me a while to get into a rhythm.''

The 130th-ranked Chirico became the first American teenager to reach the semifinals of a top clay-court event since Ashley Harkleroad in 2003 in Charleston.

''It's been a really exciting ride so far, but I'm not finished,'' said Chirico, who wasn't sure she would make the qualifying draw until after she arrived in Madrid last week.

Chirico beat Ana Ivanovic in the second round, and took advantage of the late withdrawal of Victoria Azarenka in the third. She will next face 38th-ranked Dominika Cibulkova of Slovakia, who rallied to defeat wild card Sorana Cirstea of Romania 4-6, 6-3, 6-3.