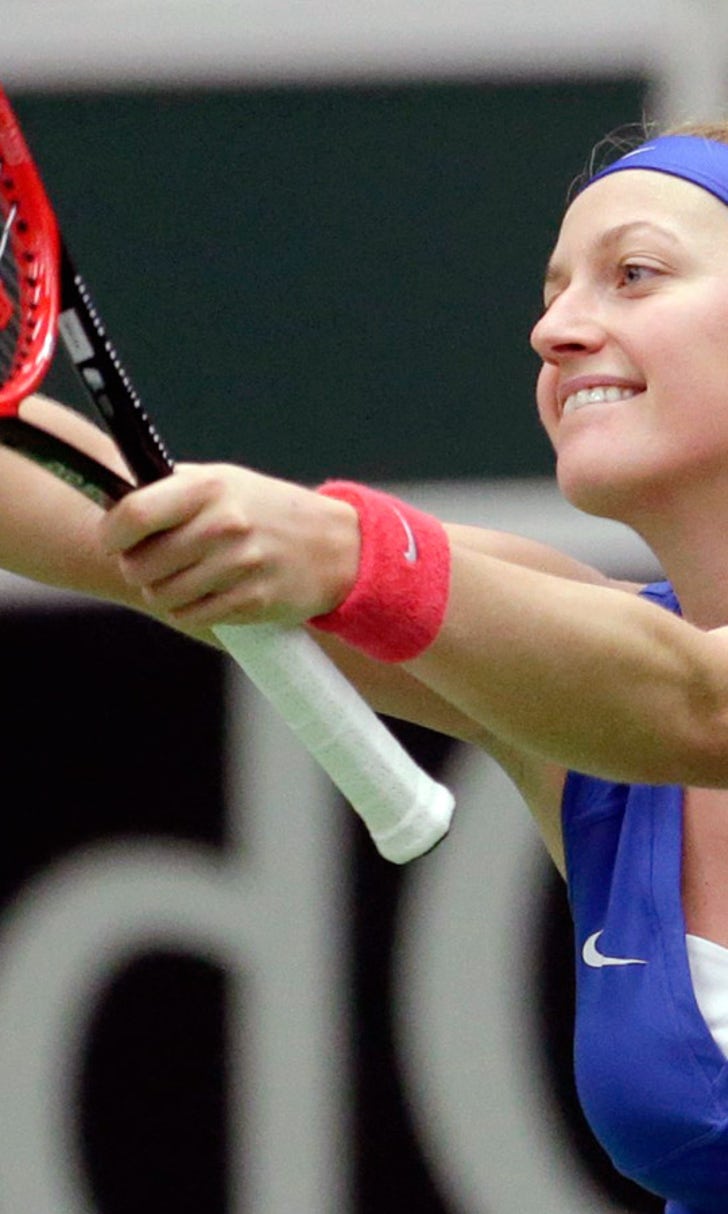 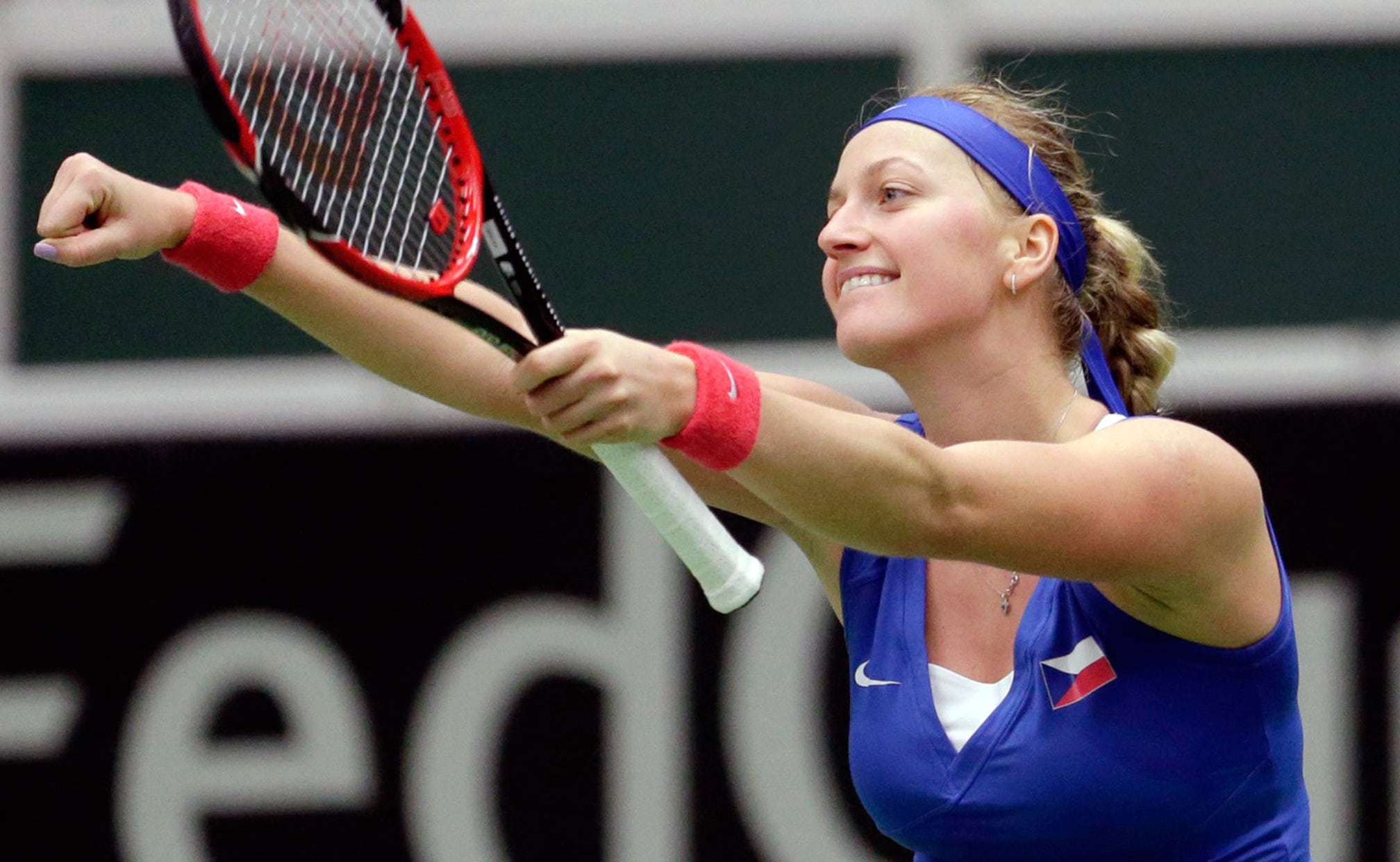 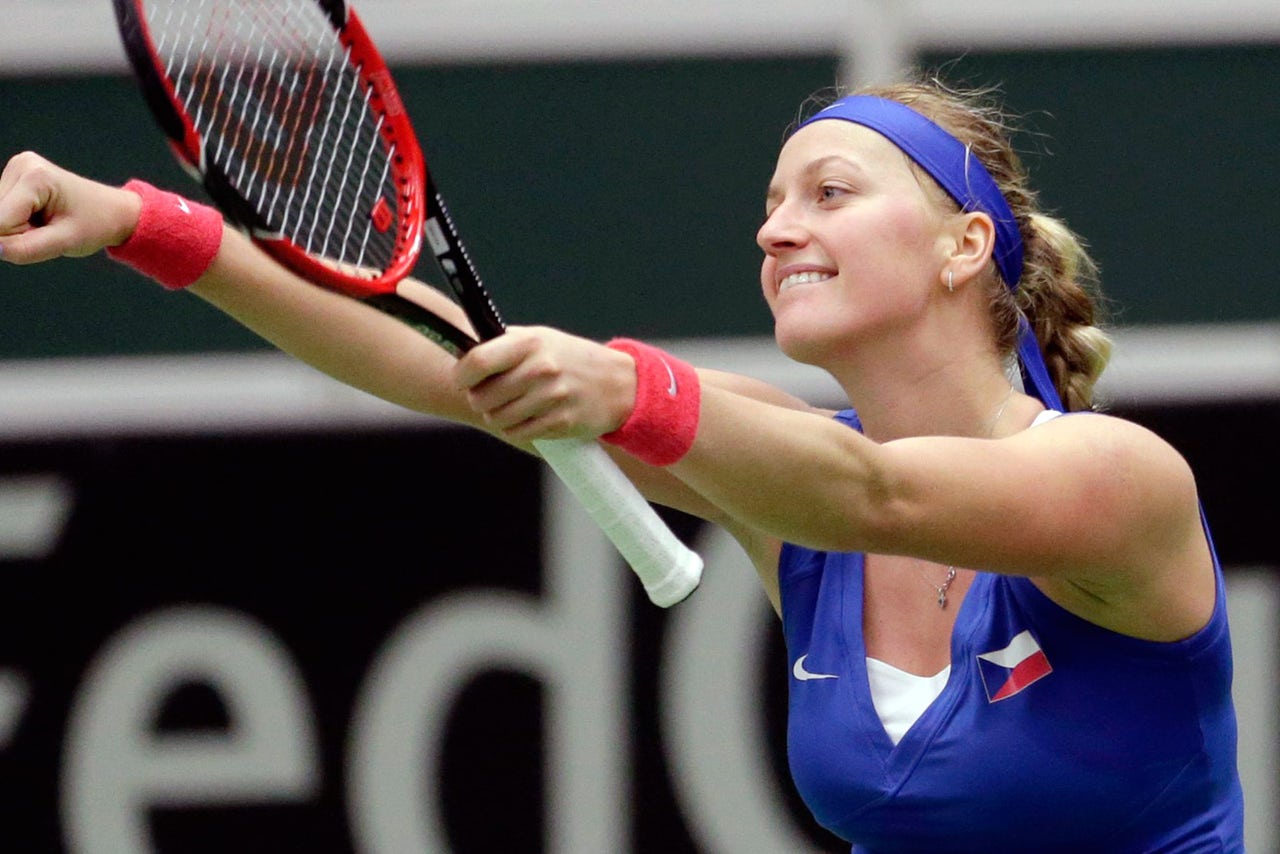 In a match of two big-hitting players, the fourth-ranked Kvitova beat 29th-ranked Caroline Garcia 6-4, 6-4 for an insurmountable 3-0 lead in the semifinals.

After failing to serve out the match at 5-2, Kvitova converted her first match point in her next service game with a passing forehand shot on a fast indoor hard court at CEZ Arena.

"It was tough," said Kvitova, who had 25 winners to Garcia's 18. "Our play is the same. Garcia played a very solid game."

The Czechs will face Russia in the final in November with a chance of winning their fourth title in five years.

"I hope we'll play at home and the result will be the same as last year," Kvitova said.

The Czechs beat Germany in the final in Prague last year and will play Russia at home after the Russian team's 3-2 victory over Germany in the other semifinals.

The Czechs beat Russia in the 2011 final in Moscow.

Garcia double-faulted twice in a row in the third game of the final set to drop her serve and Kvitova marched on with another break in the fifth game.

Kvitova got the decisive break in the first set with a backhand passing shot for a 5-3 lead and served out the set.

The Czechs took control of the series with a 2-0 lead after the opening singles matches on Saturday.

"I felt much better today," said Kvitova, who last played on Feb. 26 in Doha, Qatar, before taking a rest.

The second reverse singles was not played. In the final doubles, France's pair of Mladenovic and Pauline Parmentier defeated Safarova and Barbora Strycova 0-6, 6-3, 10-8 to cut the overall Czech victory to 3-1.