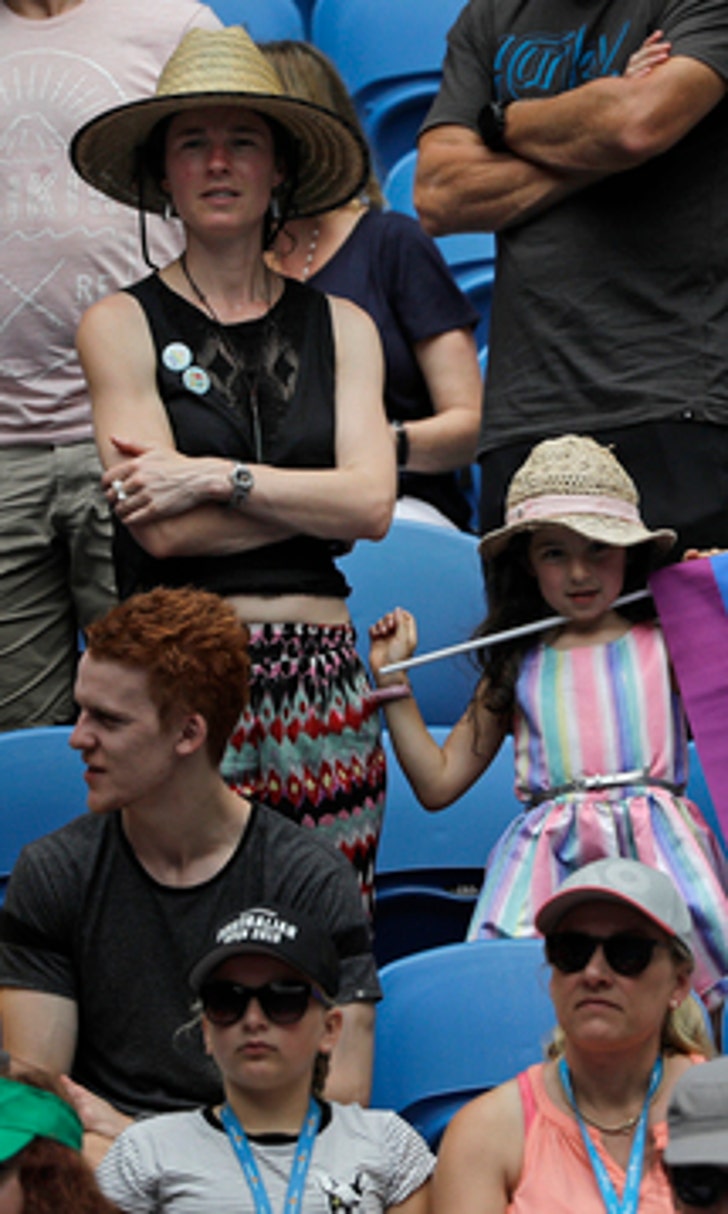 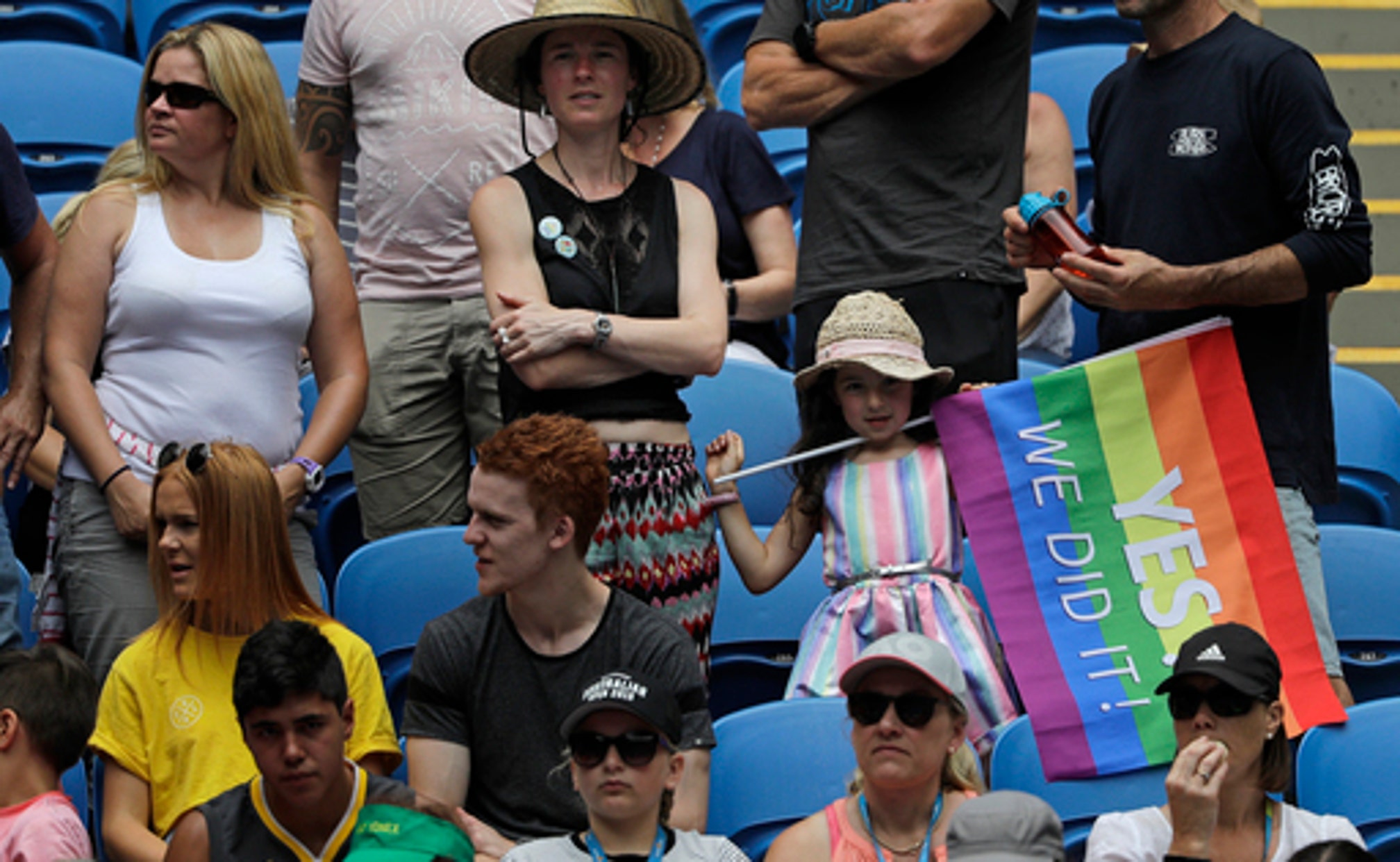 Criticism of Margaret Court is muted at Australian Open

Several, however, stopped short of saying Court's name should be removed from the venue - a move advocated by Billie Jean King before the tournament began.

Marlene Jorgensen, sitting with a group of friends decked head to toe in rainbow-colored attire, said Court was entitled to her opinion.

''I don't think you should ever take away from what Margaret Court's achievements were,'' said Jorgensen, who was festooned with a rainbow boa and knee-high, rainbow-striped socks. ''We're just saying we have a different opinion and it's not the same as hers. But that's what Australians are about. ... It's not about your race, your religion or your sexual orientation. We're here to play tennis.''

In recent days, many top players have similarly declined to take a stand on the name of the stadium.

After criticizing Court's comments last year and questioning whether players might request not to play at Margaret Court Arena during this year's tournament, Australia's Samantha Stosur on Monday said she had no issue with playing her first-round match there.

''I think that happened, what, six months ago now. Everyone said what they said,'' said former U.S. Open champion Stosur, who had a match point before losing to Monica Puig. ''But, you know, I'll play on the court. It's a nice court to play on.''

U.S. Open champion Sloane Stephens, who also played at Margaret Court Arena on Monday, bristled when asked in a pre-tournament news conference whether she'd refuse to play on the court.

''You guys, don't ask me these questions. It's up to the tournament. It's not up to me,'' she said, before adding, ''I respect all of my fellow players, colleagues, their lifestyles. I don't think there should be hate toward anyone.''

Added Wimbledon champion Garbine Muguruza: ''I will play whatever they put me, which court. ... If I play on Margaret Court, the last thing I'm going to think is this.''

Court, who holds the record for the most Grand Slam singles titles with 24 across the amateur and Open eras, had been an outspoken opponent to Australia's national referendum on gay marriage, which passed by a wide margin late last year.

Now a Christian pastor, the 75-year-old Court blamed the devil for young people questioning their sexuality and wrote a public letter urging Australians to vote against gay marriage ''for the sake of Australia, our children, and our children's children.''

Both King and Martina Navratilova criticized Court's statements and recommended that Tennis Australia officials rename the No. 2 arena at Melbourne Park.

''Sporting venues named for athletes, or any place, really, named for whoever, are so named for one reason. That reason is their whole body of work,'' Navratilova wrote in a letter to The Sydney Morning Herald last year. ''In other words, it is not just for what this person did on the field, on the court, in politics, arts or science, for instance, but also for who they are as human beings.''

At a news conference at Melbourne Park last Friday, King said if she was still competing, she wouldn't play on the court.

''I was fine until lately when she said so many derogatory things about my community,'' said King, who, like Navratilova, is gay. ''I personally don't think she should have (her name on the stadium) anymore.''

But among spectators waving rainbow flags in the arena on Monday, opinions were mixed whether the court should be renamed.

Lisa Fox, a tennis fan from Melbourne, said she brought her giant rainbow flag and rainbow-colored hat in response to ''the blatant bigotry in this country around marriage equality and Margaret Court's very vocal bigotry.''

But she doesn't support renaming the arena.

''I think she's a great tennis player and she won more majors than Rod Laver,'' Fox said, referring to the Australian men's tennis champion whose name appears on Melbourne Park's center court. ''So I don't necessarily (think the name should change), but I think what she says is abhorrent.''