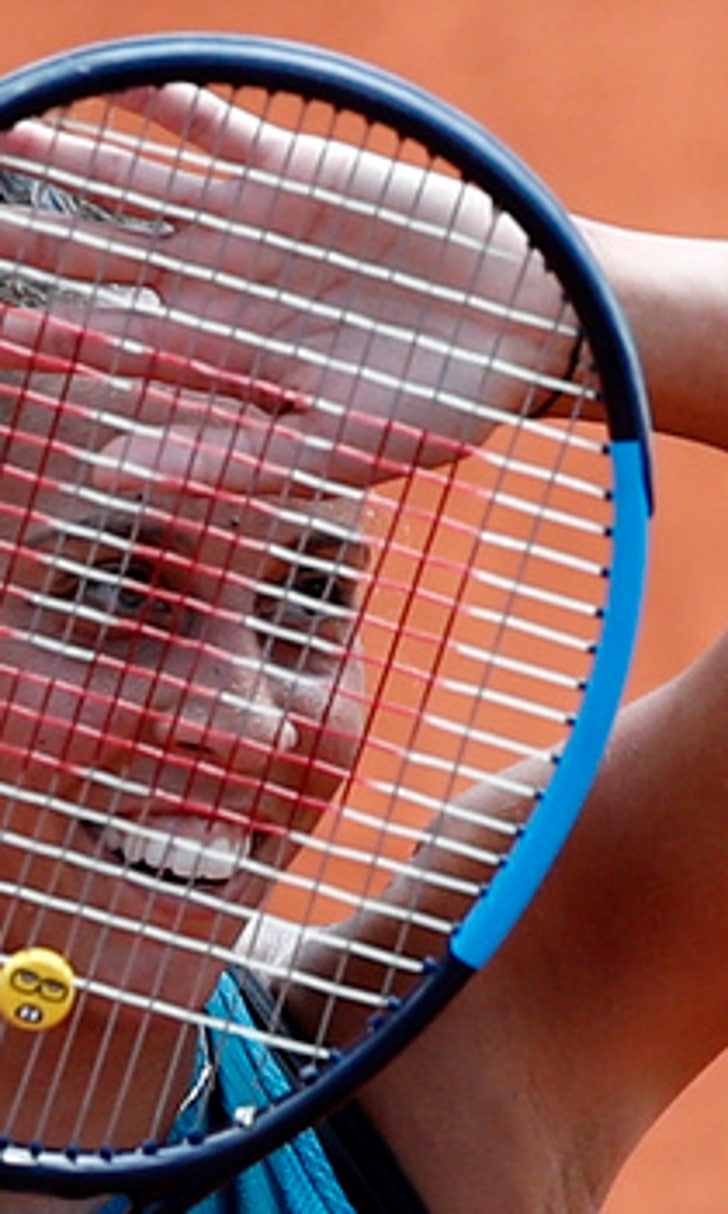 PARIS (AP) Madison Keys was keeping an eye on a TV while getting treatment at Roland Garros the other day, watching her pal Sloane Stephens pull out a tight three-set victory.

The two young Americans are friends who have known each other for about a decade. They're Fed Cup and Olympic teammates. They even debuted in a Grand Slam final together, when Stephens beat Keys for last year's U.S. Open title. And now they're both French Open quarterfinalists, each making it that far in Paris for the first time with relatively easy straight-set victories at Court Philippe Chatrier on Sunday.

If Stephens, 23, and Keys, 25, each picks up one more victory, they will face off for a berth in the championship match.

''I always want to see Sloane do well,'' Keys said. ''I'd love for both of us to be able to be in the position to play each other multiple times. ... I'm always cheering for her.''

Stephens monitors her pal's progress, too.

''I mean, she's, like, really the only person I actually watch, because I will be texting her during the match: `Come on! What are you doing?''' Stephens joked. ''She's been playing well. Obviously in a Slam, she really gets up, so she's going to make whoever she plays, play. And I think that's what's great about Maddie.''

Next up for Keys, a powerful hitter who hasn't always loved playing on red clay, is a match against 98th-ranked Yulia Putintseva of Kazakhstan. Putintseva eliminated No. 26 Barbora Strycova of the Czech Republic 6-4, 6-3 on Sunday.

Stephens' quarterfinal opponent will be No. 2 Caroline Wozniacki, the reigning Australian Open champion, or No. 14 Daria Kasatkina of Russia. The fourth-round match between Wozniacki and Kasatkina was suspended because of darkness Sunday night in the second set. Kasatkina took the opening set 7-6 (5), and they were tied at 3-all in the second when play was halted until Monday.

Both Keys and Stephens have now managed to complete a set of quarterfinal runs at all four Grand Slam sites.

Stephens has a scrambling ability to extend points that works well on clay; it's just that she had been 0-4 in the fourth round at Roland Garros until Sunday.

Keys' big-hitting style makes her more of a natural fit on hard courts.

''Even though it's still not my favorite surface, I definitely feel more comfortable on it. I feel like this year, especially, I have been finding the balance of being a little bit more patient, but also playing my game, whereas before, I feel like I would go too far one way,'' Keys explained. ''That's the biggest thing: just remembering how I like to play tennis, but just maybe adding a couple more shots to each rally.''