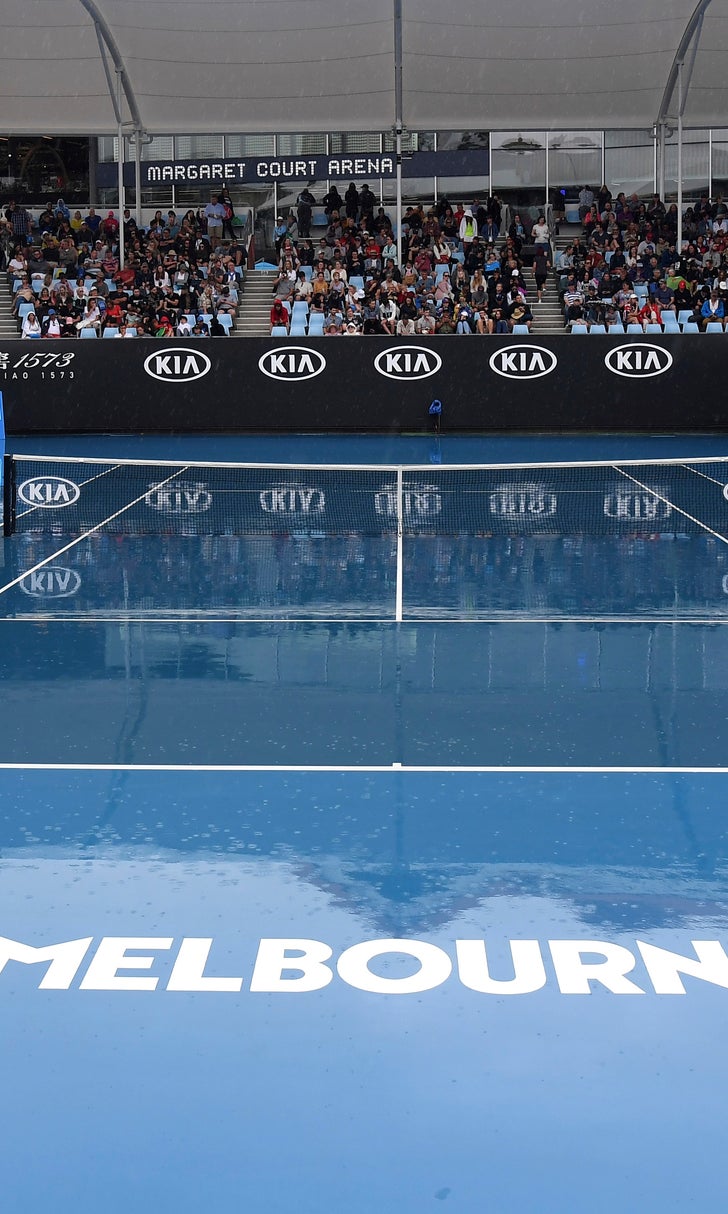 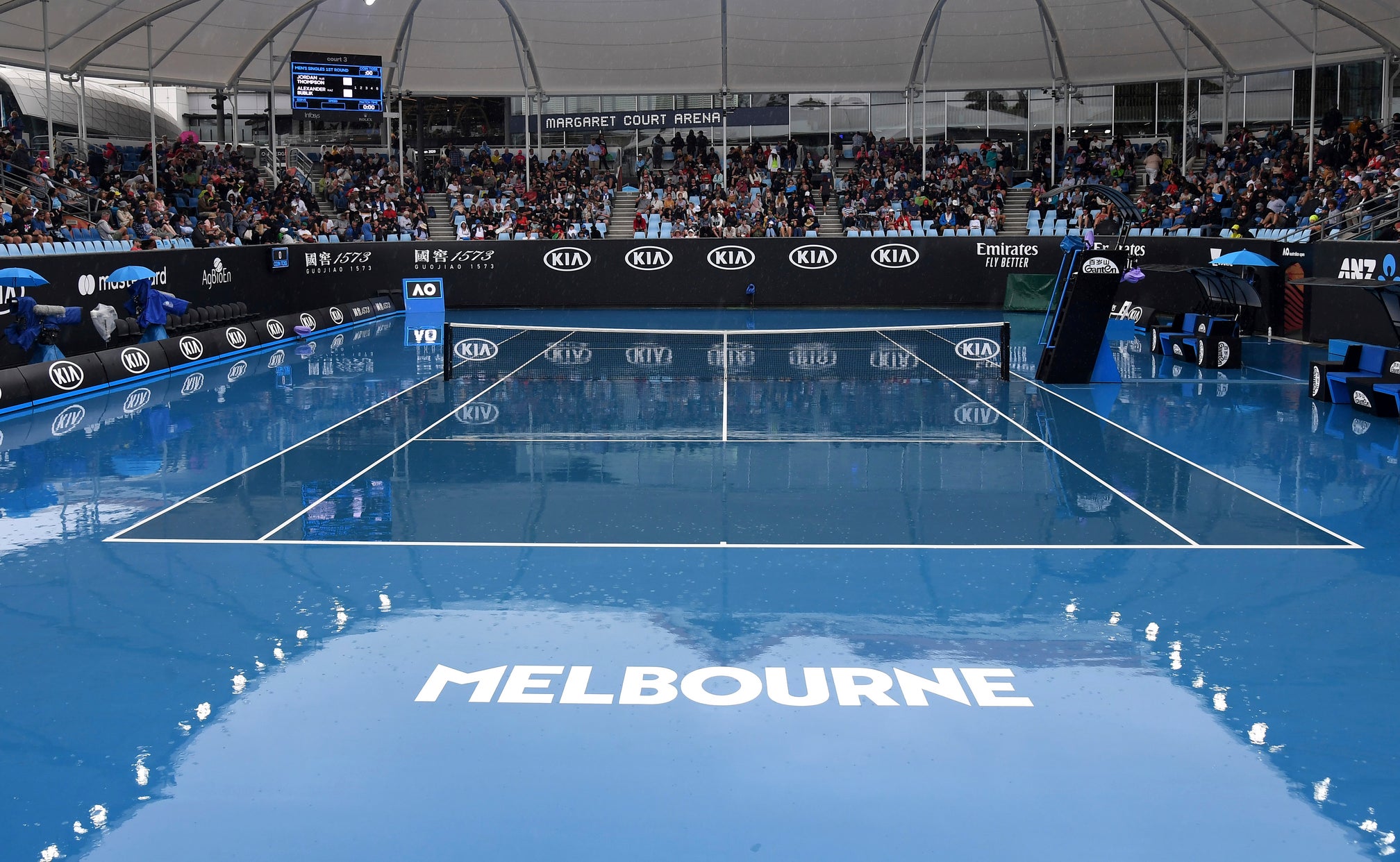 MELBOURNE, Australia (AP) — For all of the concerns about air quality at the Australian Open, it turned out the biggest issue related to playing conditions on Day 1 was heavy rain — which, hopefully, will also help tamp down the destructive wildfires burning in parts of the country.

The three main arenas at Melbourne Park have retractable roofs, allowing play to continue as scheduled. But nine matches were suspended in progress in the afternoon on smaller courts and will resume Tuesday, while 23 others never got started Monday at all.

Some players struggled with breathing during qualifying last week, when the air was among the worst in the world because of smoke from fires 100 miles away. On Monday, though, all appeared to be just fine.

Television screens in the locker rooms alerted players to the latest measurements of particles in the air, with a scale from 1 — the best — to 5.

“It was a 1 when I walked out there, which feels like glacier, Alaska weather,” said Sam Querrey, a Californian who won in straight sets before the showers arrived.

The player Querrey beat, No. 25 seed Borna Coric, said he was not affected at all by the conditions.

“To be honest, I didn't feel any difference. I can undersatnd some players do feel it, and I respect that. For me,” Coric joked, “I was more bothered by my forehand and my serve than with the air quality.”

No. 13 Denis Shapovalov was the highest-seeded man or woman to exit in the day session Monday — and he did so while raising a ruckus, angered by a warning he received from the chair umpire for chucking his racket.

“OK, I threw my racket,” Shapovalov told reporters, “but so what?”

He berated chair umpire Renaud Lichtenstein right after the call, saying: “It's my racket. I can do whatever I want with it," and then, “It's a terrible call! Do your job!”

Ask Sam Querrey about his goals for 2020, and this is what you'll hear from the 32-year-old American ranked 45th: “Just stay relevant.”

He certainly was relevant Monday in Melbourne, getting past No. 25 seed Borna Coric of Croatia 6-3, 6-4, 6-4, with the help of 18 aces and another 19 unreturned serves.

Or like Querrey showed at Wimbledon recently by reaching the quarterfinals three of the past four years, including a semifinal appearance in 2017, and by beating defending champions Novak Djokovic and Andy Murray there in consecutive years.

“I still feel like I have those moments where I can make some runs at Slams and win big tournaments,” said Querrey, whose wife is expecting their first child, a son, next month. “I feel like I have the game that, when it's together, I can beat anyone.”

Caroline Wozniacki's career will last at least one more match.

The 2018 Australian Open champion and former No. 1 has said this will be the final tournament of her pro career at age 29, and she moved into the second round with a 6-1, 6-3 win over Kristie Ahn of the U.S.

Wozniacki said it was tough to keep her emotions in check.