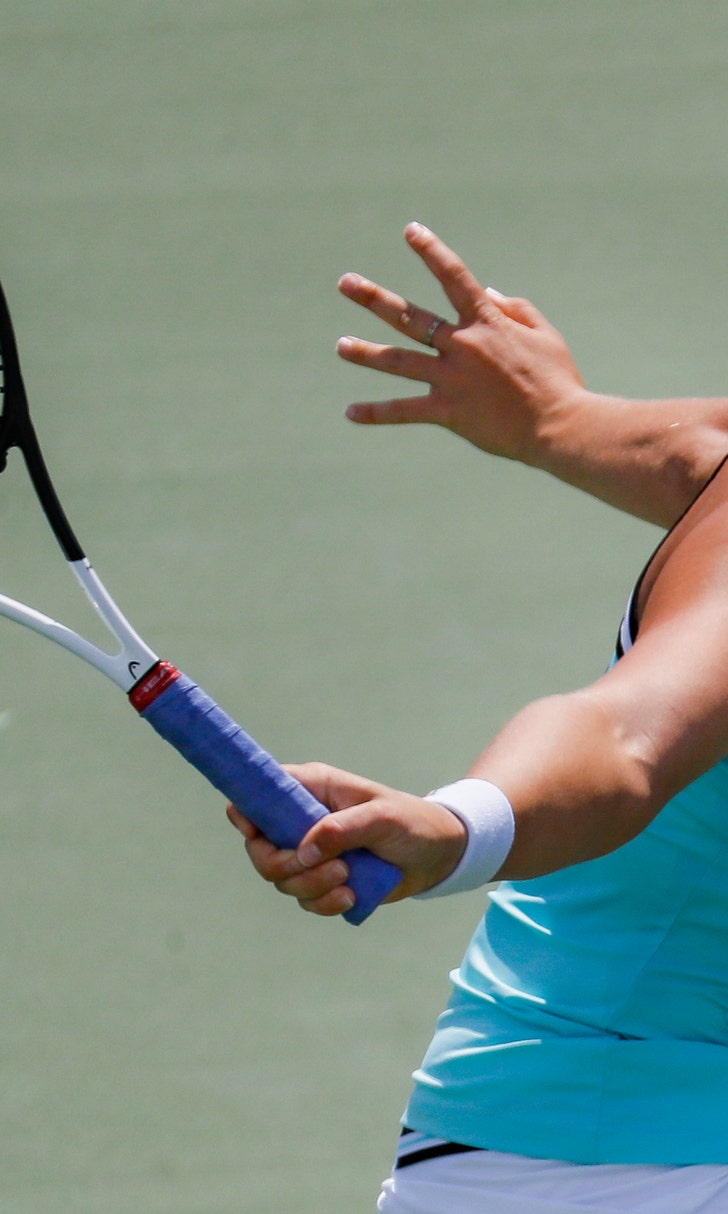 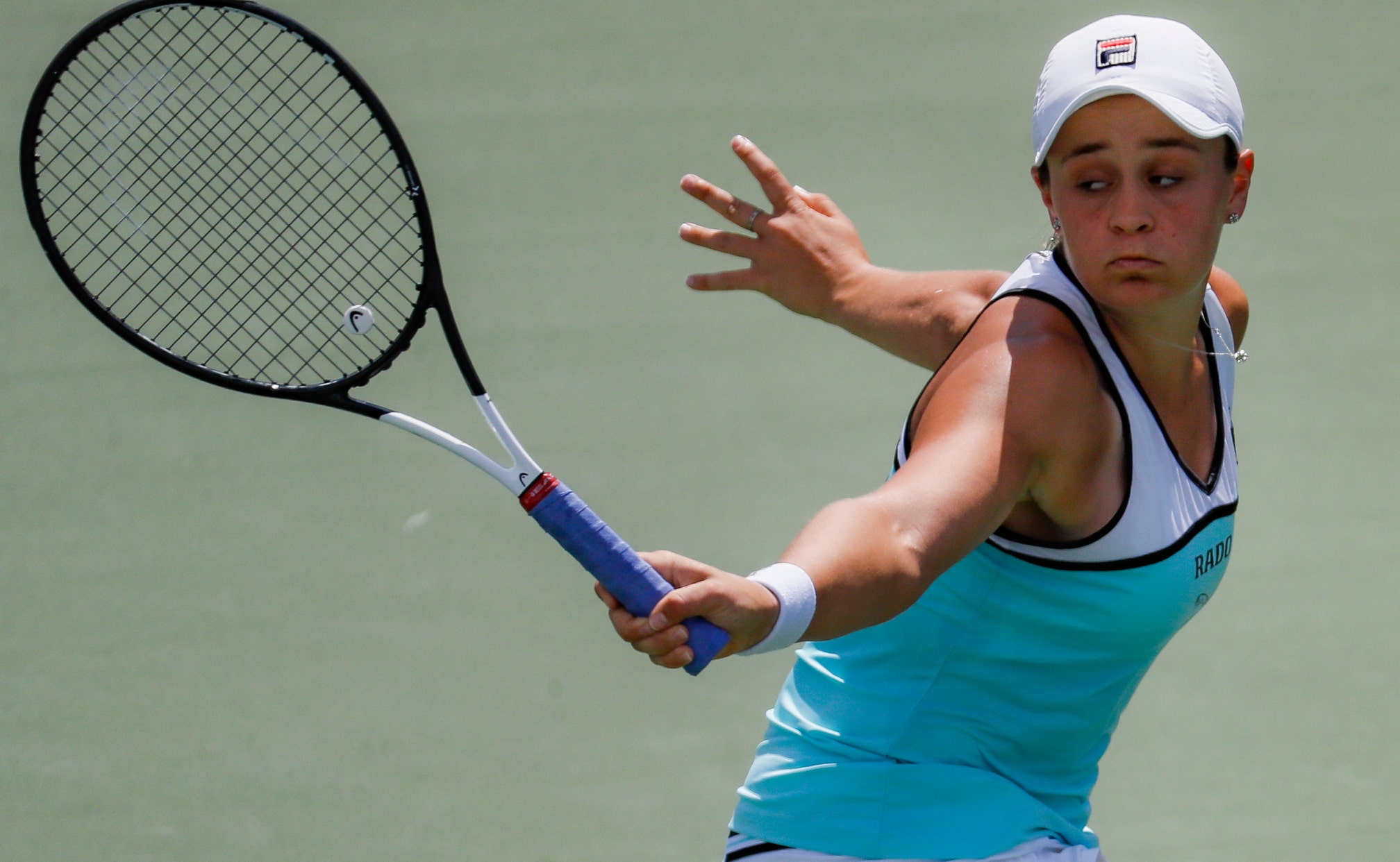 previous story
Thomas turns it around and shares lead at Medinah
next story
The Latest: El Paso-area trustee critical of cancelling game

MASON, Ohio (AP) — For Roger Federer, it was one big blur. The seven-time champion was ousted from one of his favorite tournaments in barely over an hour, falling in straight sets to a 21-year-old qualifier he'd never faced.

Andre Rublev — with only one career win over a top-five player to his credit — took advantages of Federer's numerous mistakes for a 6-3, 6-4 victory Thursday that further depleted the top of the men's bracket in the Western & Southern Open.

"The biggest and the most emotional win," Rublev called it.

And shockingly fast, too: Federer's quickest defeat on the tour since 2003.

"To be honest, it's tough when it's fast like this to tell you, well, I could have done this or that," he said.

Federer has won the tournament more than anyone, using it as a springboard to the U.S. Open. He had 16 unforced errors against the 70th-ranked Rublev , who raised both fists and wiped a teary eye in celebration after Federer's forehand sailed long to end it.

Struggling with his serve, Federer got broken twice in the first set.

"And there you have it. It set the tone for the match a little bit," Federer said. "He was super clean — offense, defense, serving well. He didn't give me anything."

Federer, who lost a classic five-set match for the Wimbledon title to Novak Djokovic, thinks he's in good shape heading into the U.S. Open despite the upset in Cincinnati.

"I played 45 matches this year, so I think I should be fine," he said, smiling.

But oh, this last one.

And oh, what about that Big Four reunion?

The tournament originally had Djokovic, Federer, Rafael Nadal and Andy Murray together again for the first time since January. Nadal, the second seed, withdrew after winning the Rogers Cup in Montreal on Sunday, citing fatigue.

Murray returned to singles for the first time since another hip operation in January and lost his first match. Federer was gone before the weekend. Djokovic — the last one standing — reached the quarterfinals with a 6-3, 6-4 win over Pablo Carreno Busta.

"All in all, it was a very good, quality match," Djokovic said. "I'm pleased I'm going in the right direction and looking forward to the next one."

The men's bracket has become a qualifier's dream.

Qualifier Yoshihito Nishioka followed his upset of sixth-seeded Kei Nishikori — a player he called his hero — by beating Alex De Minaur 7-5-6-4. It's the first time in 10 years that two qualifiers have reached the quarterfinals of an ATP Masters 1000 event.

The day began with the ATP fining Nick Kyrgios $113,000 for expletive-filled outbursts that included smashing rackets, insulting a chair umpire and refusing to get ready to return serve during a second-round match the previous night.

In the women's bracket, top-seeded Ashleigh Barty reached the quarterfinals, joined by a resurgent Venus Williams.

Barty beat Anett Kontaveit 4-6, 7-5, 7-5, raising her fist in triumph after fighting off one match point to take the 2-hour, 10-minute match. She was down a break in the second set before rallying on a day when she struggled to find consistency.

"The best thing is when my back was against the wall, the tennis was there," Barty said. "It may not have been there the whole match, but we were able to find it when we needed it."

Barty, the French Open champion and currently ranked No. 2, can move up to the top spot by reaching the final.

With the crowd cheering for her, Williams recovered from a rough first set and beat Donna Vekic 2-6, 6-4, 6-3, her best stretch of tennis in since she won three straight matches in March at Miami.

After a first-round loss in Toronto last week, her ranking slipped to No. 65, her lowest in seven years. With sister Serena cheering courtside, Venus reached the semifinals.

"I mean, I'm pretty pumped," Venus Williams said. "When you're winning, it's fun."

Serena Williams withdrew from the tournament because of back spasms. She calmly watched her sister advance.

"I think she believed in me," Venus Williams said. "She was rooting hard but didn't seem panicked at all after I lost the first set."

Second-seeded Naomi Osaka and No. 3 Karolina Pliskova also advanced. Madison Keys got a 6-1, 3-6, 7-5 win over No. 4 Simona Halep, still hobbled by a sore left Achilles that caused her to drop out of the Toronto quarterfinals last week. Keys will face Williams in the quarterfinals.