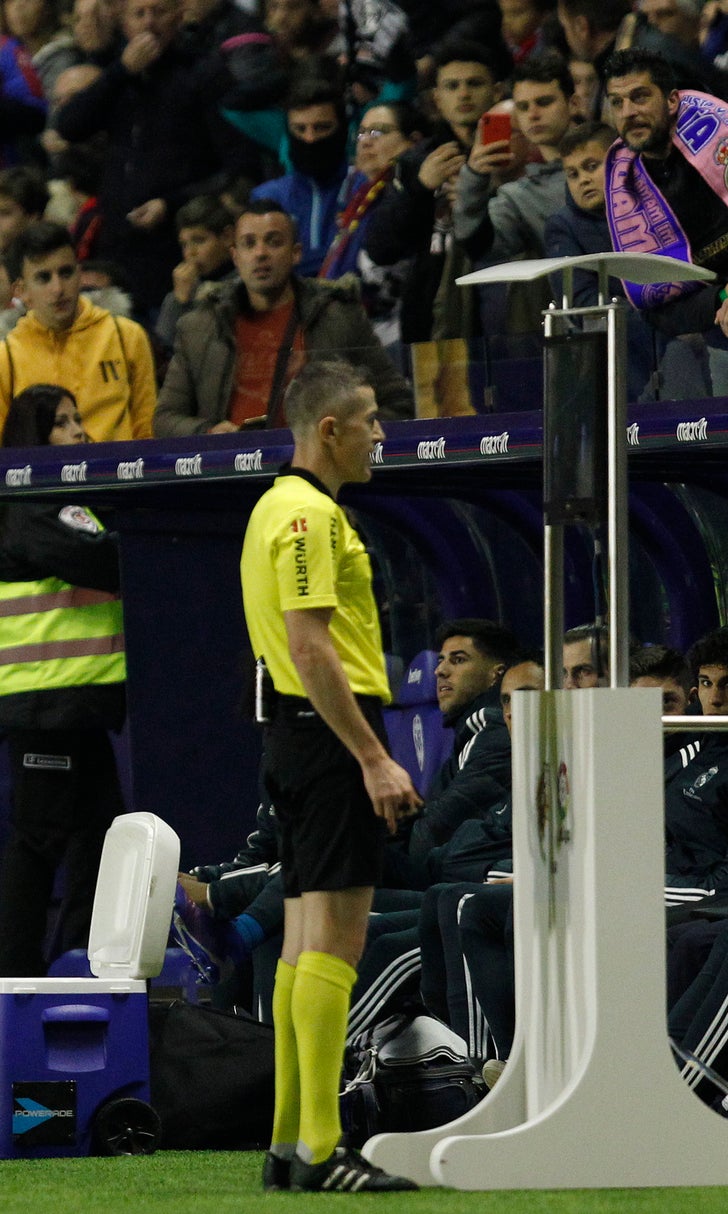 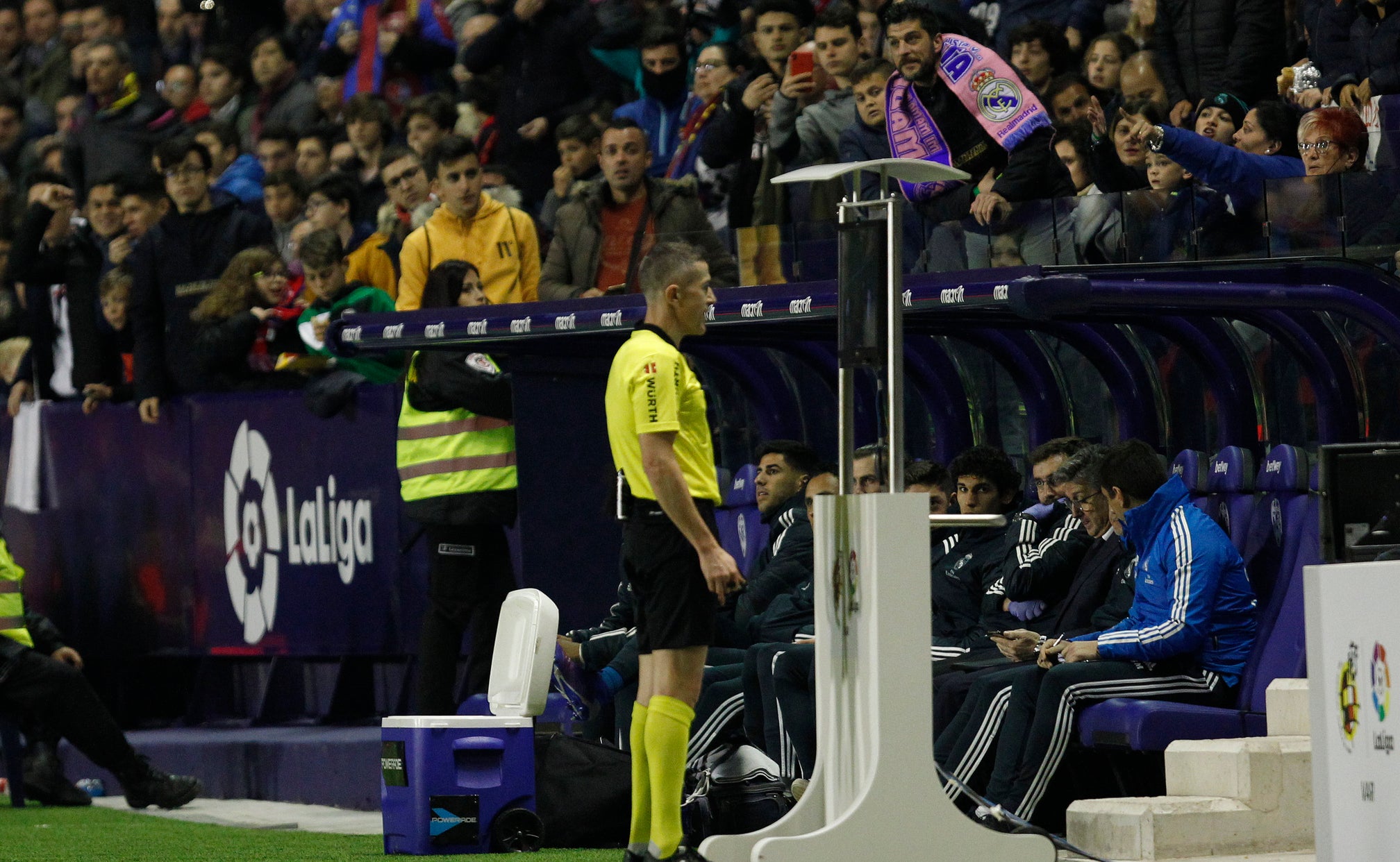 Karim Benzema and Gareth Bale scored from the penalty spot for Real Madrid, which got back to winning after being upset by relegation-threatened Girona a week ago. The home loss had ended Madrid's five-game winning streak in the league.

The victory on Sunday kept Madrid two points from second-placed Atletico Madrid, which defeated Villarreal 2-0 at home earlier in the day.

"We are not giving up yet," Real Madrid right back Dani Carvajal said.

Before the league game on Saturday, Real Madrid and Barcelona will meet on Wednesday in the second leg of the Copa del Rey semifinals. They drew 1-1 in the first match at Camp Nou Stadium.

The first penalty on Sunday — converted by Benzema just before halftime — came after VAR determined there was a handball inside the area.

The second penalty — converted by Bale in the 78th minute — was a disputed foul on Casemiro that the review confirmed even though replays didn't clearly show that the Real Madrid midfielder was touched by an opponent.

"If the referee thought it was a penalty and the VAR confirmed it, there is not much more we can say about it," Carvajal said.

Real Madrid played with 10 men from the 86th as Nacho Fernandez was sent off with a second yellow card.

Roger scored for Levante in the 60th and the hosts had Ruben Rochina removed from the bench in the final minutes. He had received a yellow card before being substituted and was shown another for complaining.

Levante, sitting 13th in the standings, had good chances throughout the match at Ciutat de Valencia Stadium. It twice hit the post in the first half.