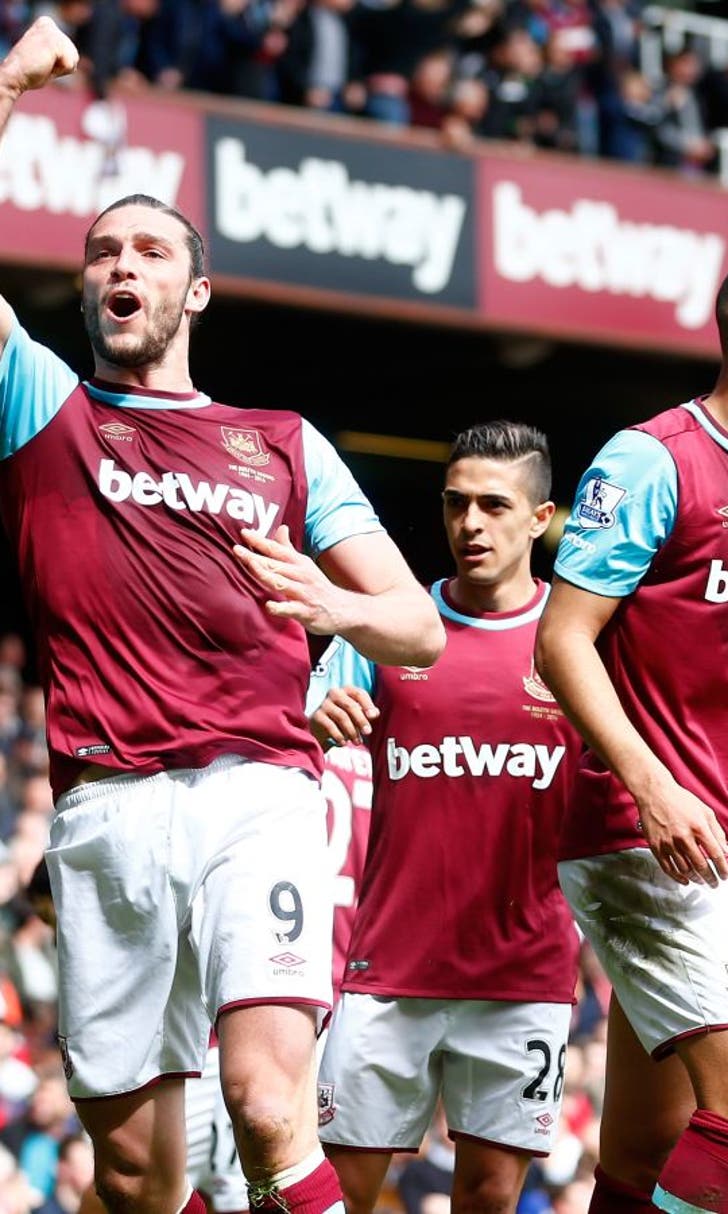 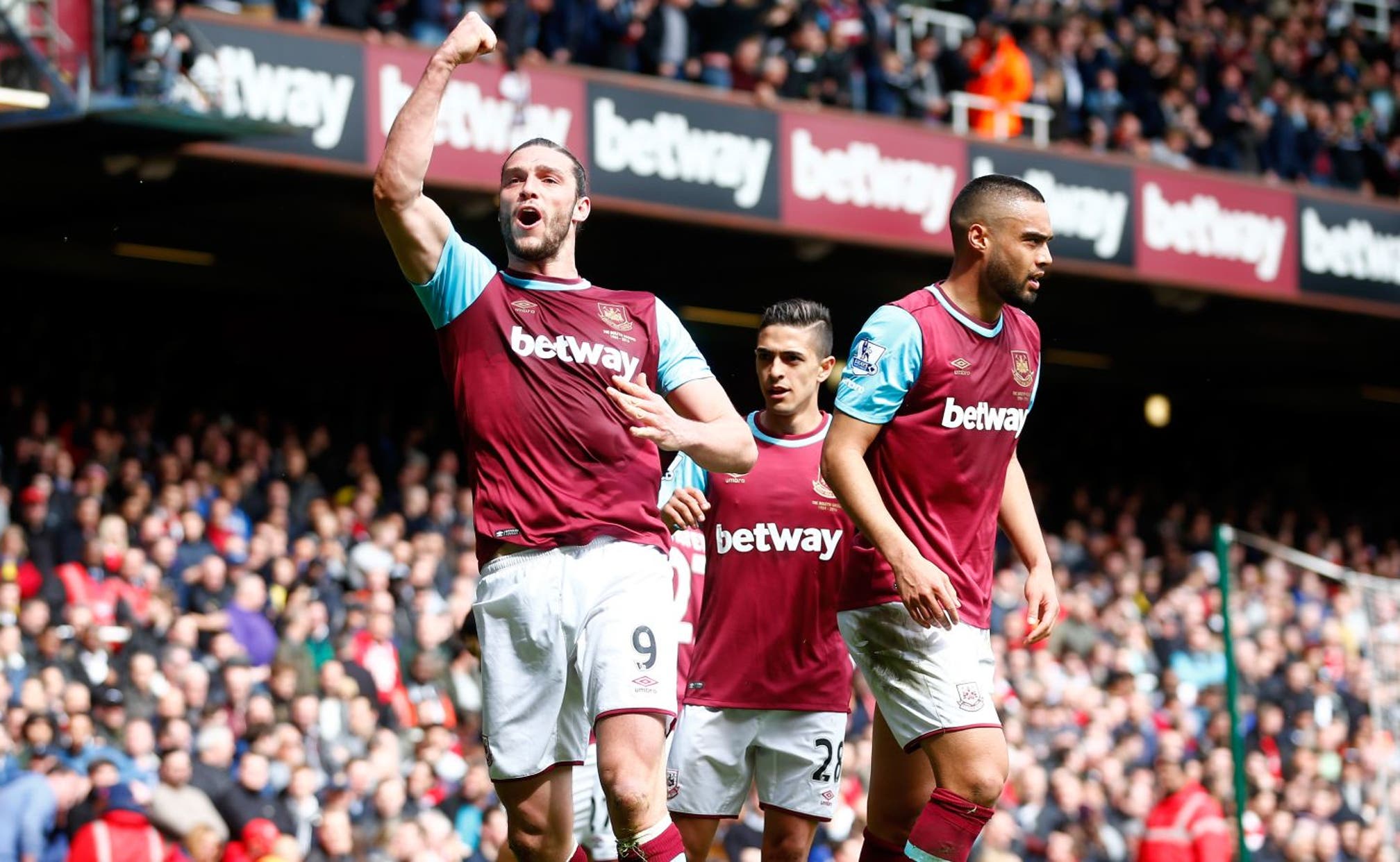 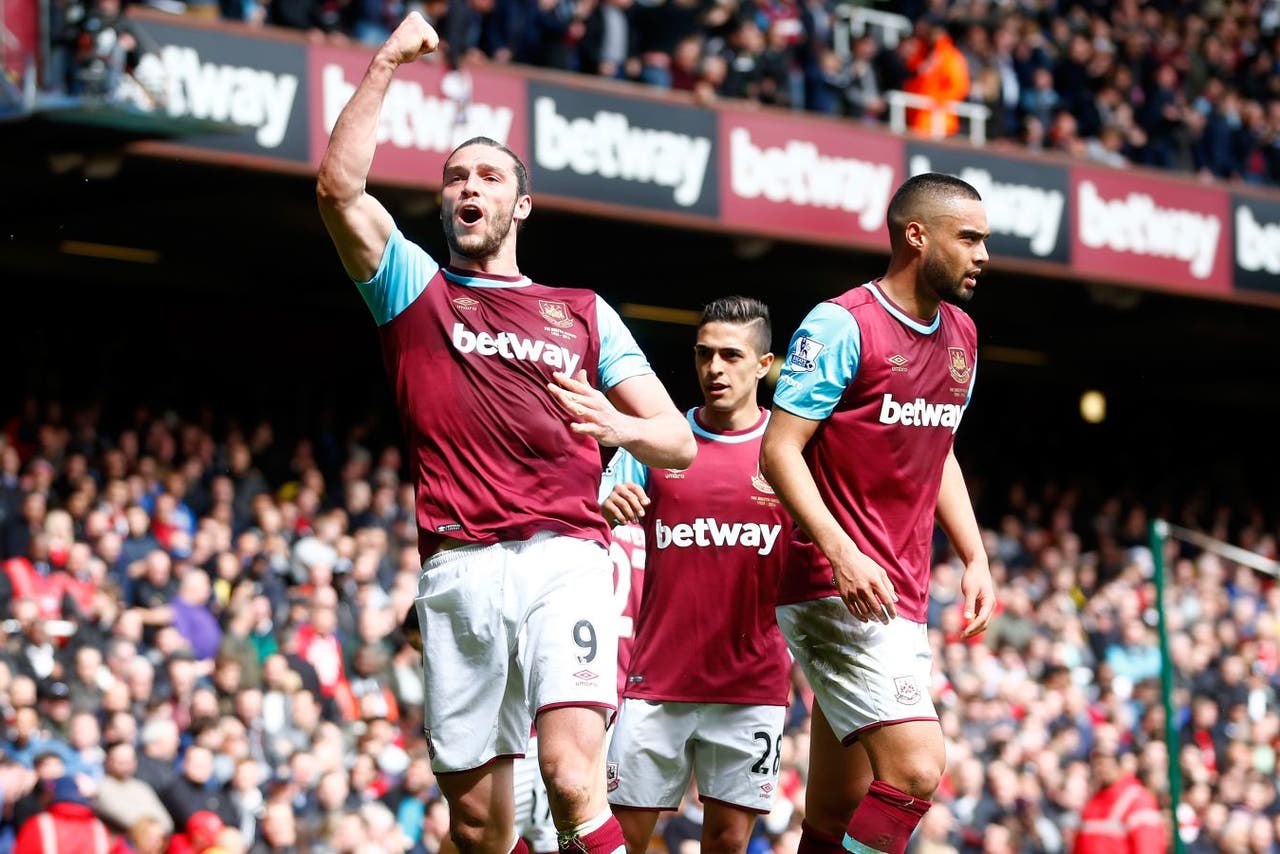 Arsenal's Premier League title hopes were left in tatters by an eight-minute hat-trick from Andy Carroll in a thrilling 3-3 draw at West Ham.

Laurent Koscielny's equalizer rescued a point for the Gunners after they had blown a two-goal lead during an extraordinary spell either side of half-time.

But Arsene Wenger's side, who realistically needed to win every remaining game to stand a chance of catching leaders Leicester, could find themselves 13 points adrift with just 18 to play for by Sunday evening.

They were 2-0 up and seemingly cruising to a third straight victory thanks to goals from Mesut Ozil and Alexis Sanchez.

But Carroll, making a rare start in what has been another injury-hit season for the Hammers, turned the game upside down with his first treble since August 2010 for Newcastle, staking a late claim for a place in Roy Hodgson's England squad for Euro 2016.

Suddenly West Ham were right back in the race for the Champions League places, only for Koscielny to secure a draw which does little for either side's ambitions this season.

West Ham were already feeling aggrieved after Manuel Lanzini had an early header ruled out for a borderline offside decision.

And in the 18th minute they were caught napping by in-form teenager Alex Iwobi, who slid the ball into the area where Ozil had just stayed onside to fire across Adrian.

The second goal arrived in the 35th minute, Sanchez starting a slick Arsenal move which culminated in Iwobi lifting the ball over the West Ham defense for the Chile forward to apply the finish.

But West Ham piled forward, sensing a goal before half-time would keep the match alive - and they got two in the space of a minute thanks to Carroll.

First the former Liverpool front man got on the end of Aaron Cresswell's cross to power a header in at the far post.

And moments later, in first-half stoppage time, Carroll acrobatically turned in Mark Noble's cross at the second attempt to haul his side level.

Carroll was not finished there, though, and thought he had teed up Dimitri Payet to hit West Ham's third just after the break, only for another goal to be disallowed, this time for a foul on Koscielny.

But in the 52nd minute Carroll completed his hat-trick when he rose at the far post again and nodded Michail Antonio's cross past David Ospina.

Shellshocked Arsenal came close to equalizing when Nacho Monreal's shot was cleared off the line by Lanzini.

And they dragged themselves level in the 70th minute when West Ham failed to clear Hector Bellerin's cross and Koscielny produced a smart finish to guide the loose ball home.

With the game becoming stretched and both sides desperate for a win, they traded chances, with Payet close for West Ham and Danny Welbeck and Theo Walcott threatening for the visitors.

But point apiece does neither side any favors, with Arsenal's title hopes surely now over and West Ham still finding the top four a bridge too far.