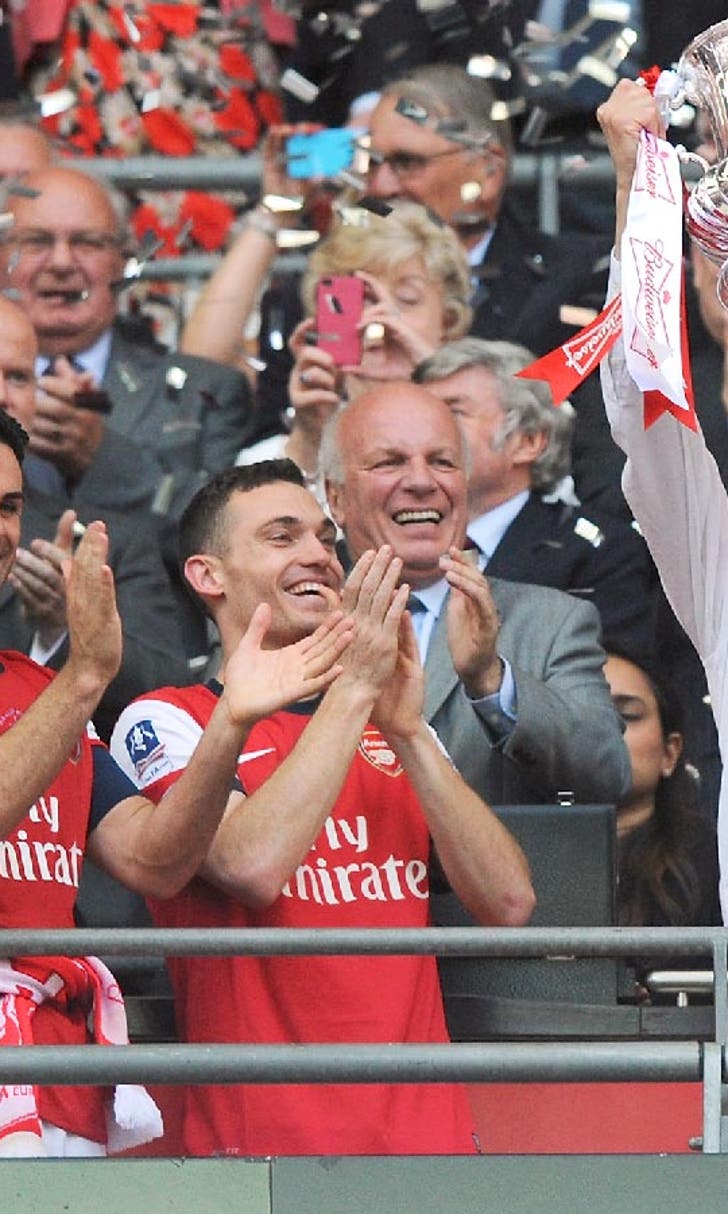 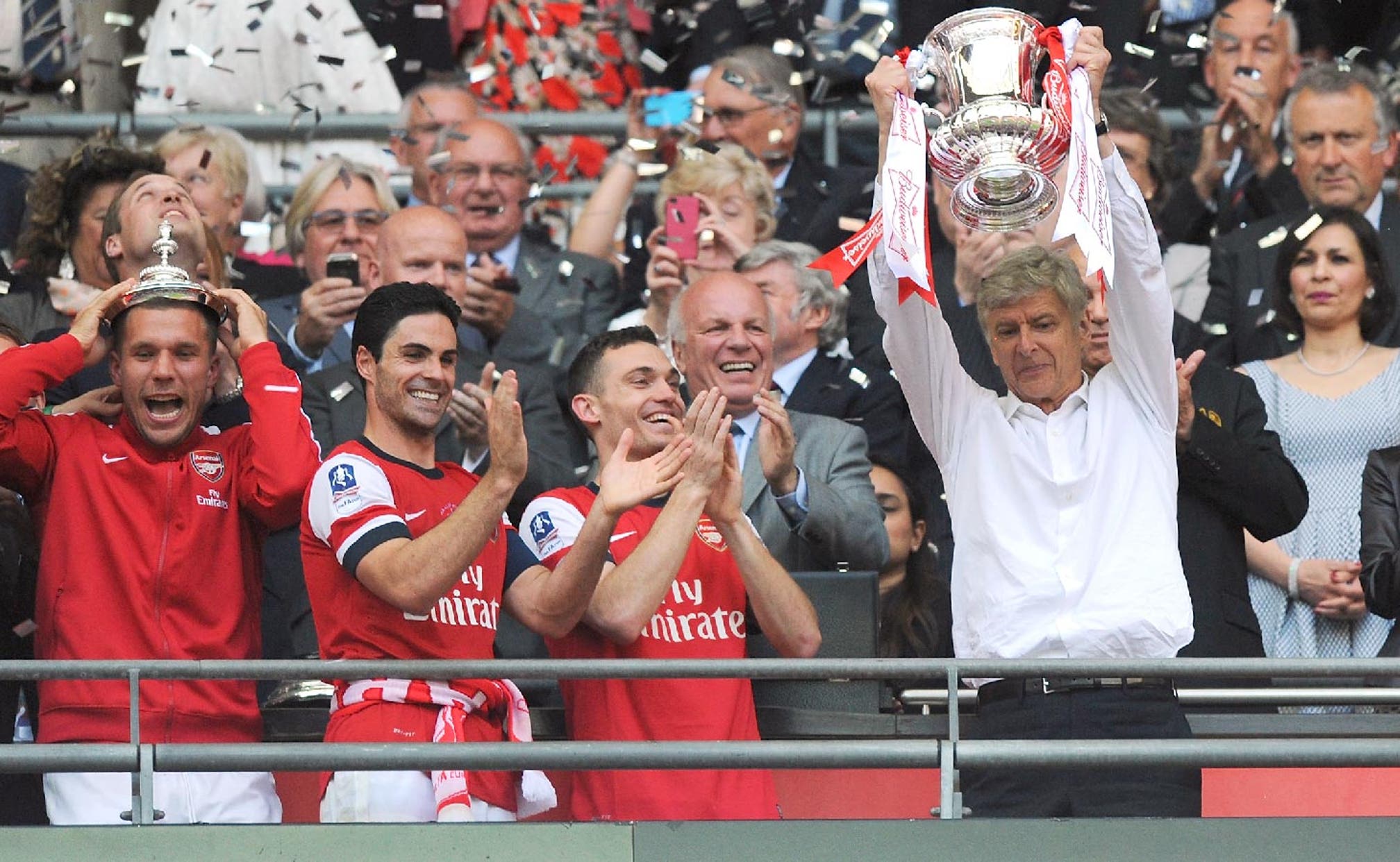 Wenger may have quit if Arsenal had lost 2014 Cup final 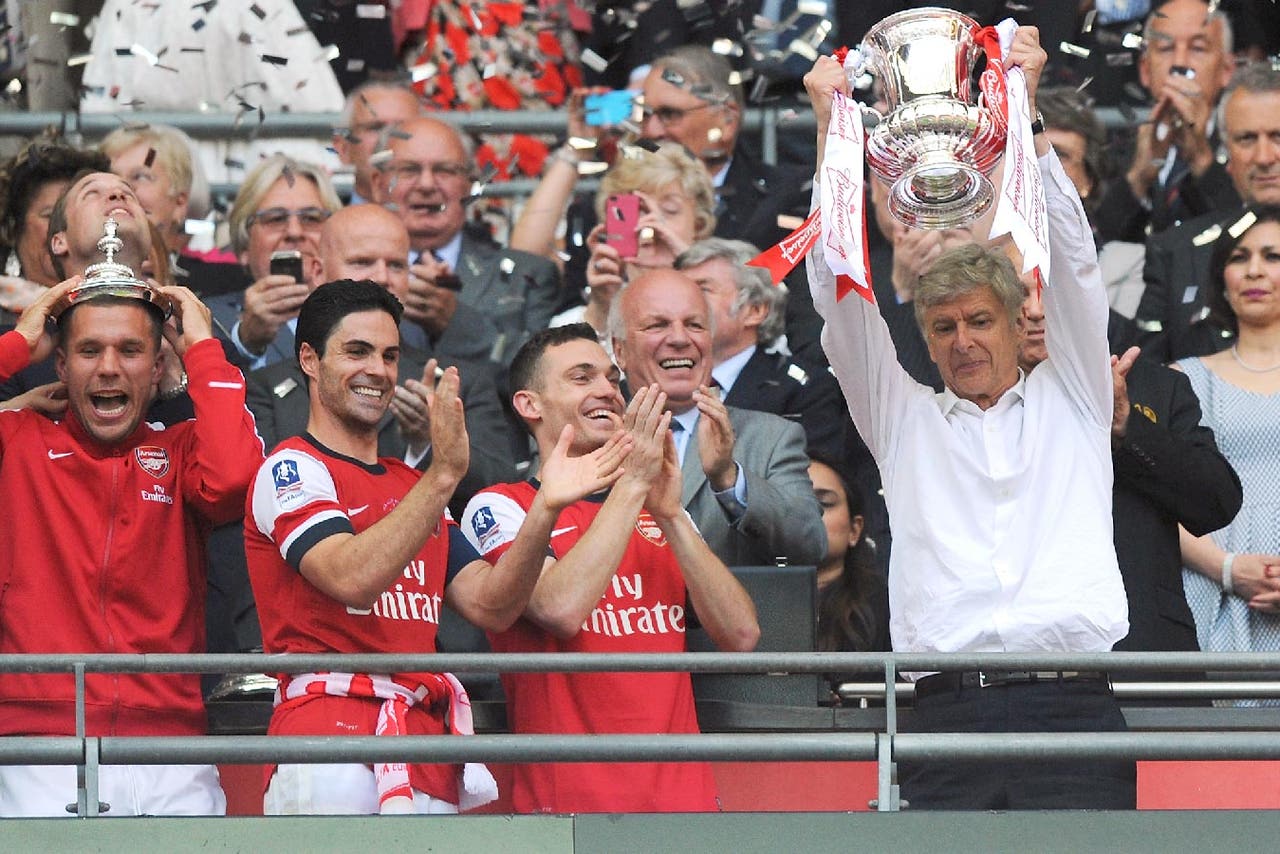 Arsene Wenger has revealed he may have ended his Arsenal tenure had his side failed to beat Hull in the 2014 FA Cup final.

Arsenal, who host Steve Bruce's side in the fifth round of this season's tournament on Saturday which you can see live on FOX Sports 1 at 7.45am ET, ended their nine-year trophy drought with a 3-2 victory against Hull.

The north London club were overwhelming favourites to win the showpiece at Wembley but found themselves two goals down inside eight minutes.

Santi Cazorla pulled one back for Arsenal before half-time before Laurent Koscienly took the game to extra time where Aaron Ramsey scored the winner.

"I don't know, honestly, I don't know," said Wenger when asked if he would have lost his job if Arsenal had failed to win.

"It was up in the air and we had to give everything to win that final. If we had lost it I don't know.

Wenger, who signed a new three-year extension 13 days after the victory, added: "Usually I respect my contracts and I fight for everything. I think as well to say to you that if 17 years at a club depend on one Cup final, it is better you don't go to the final."

Arsenal's comeback victory against Hull is seen as something of a turning point for Wenger's side.

They successfully defended the FA Cup, with a 4-0 victory over Aston Villa in last year's final, and are two points adrift of Leicester as they bid to win their first Barclays Premier League title since 2004.

Wenger, who will celebrate his 100th FA Cup match in charge of the Gunners on Saturday, also believes it would be wrong to scrap replays. The FA and Premier League clubs are said to be considering making the game's oldest club competition a midweek event.

Wenger added: "I am now vaccinated against the FA rules. After such a long time, I have become very conservatively English.

"I am quite a bit nervous about changing the rules because I like them now, I believe as well it looks like we always get more money and want to play less games. That is a little bit of a contradiction.

"I am convinced all of the clubs can compete with the number of games we have to play, so there is no real need for me to change the rules. This is the most traditional competition in England, so lets respect it and keep it as it is."

Wenger's side will host Barcelona in the first leg of their last-16 Champions League clash on Tuesday, and the Frenchman is likely to rotate his squad for the visit of Hull.

Danny Welbeck, who scored the winner against Leicester last weekend, may start while David Ospina will replace Petr Cech in goal and recent signing Mohamed Elneny is also likely to be in Wenger's starting XI. Gabriel remains sidelined, but Koscielny could feature.

"For me it's an important game," Wenger added. "The best way to prepare for Barcelona is to beat Hull tomorrow. The momentum is important and we have to show that mentally we are capable of winning by focusing on every single game."