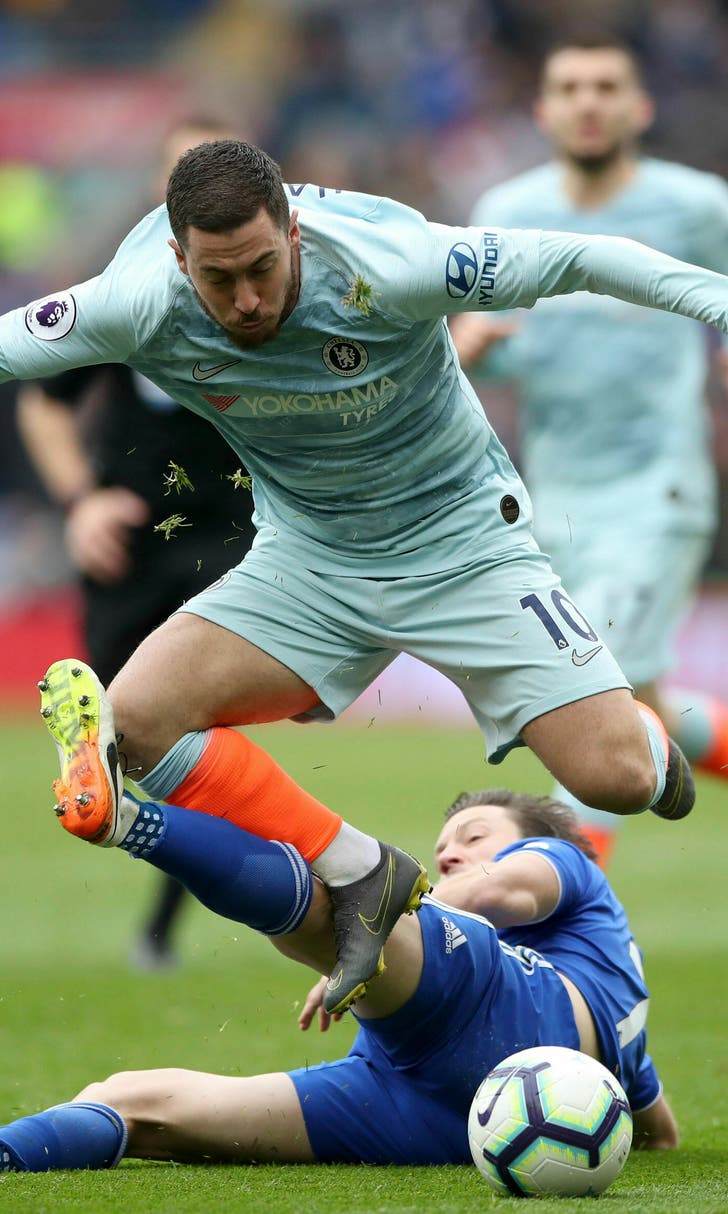 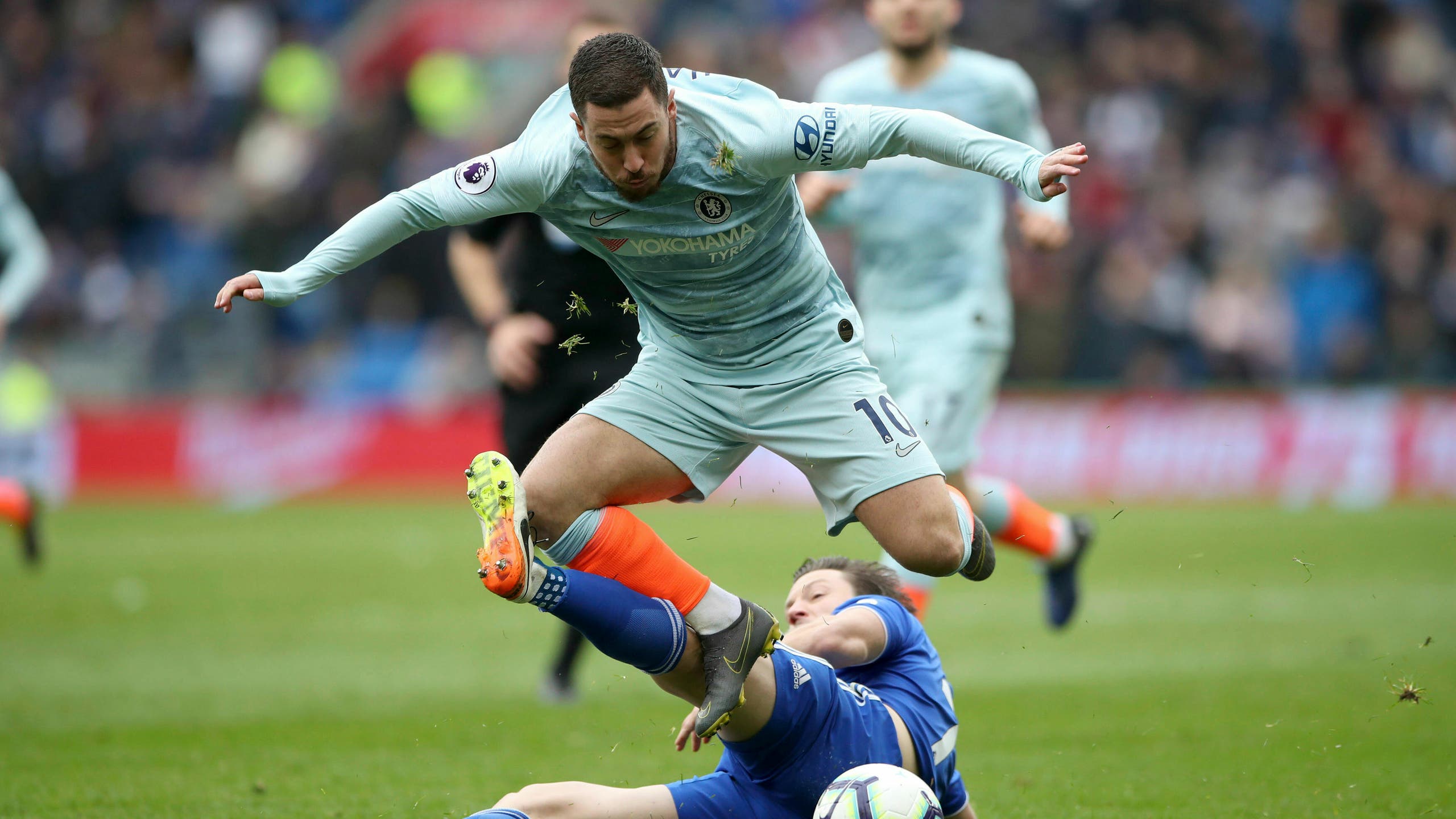 Warnock seething as Chelsea comes back to beat Cardiff 2-1

CARDIFF, Wales (AP) — Cardiff manager Neil Warnock stood in the center circle, hands on hips, silently staring toward the referee and his assistants after an officiating mistake helped Chelsea to come back and win 2-1 in the Premier League on Sunday.

Cardiff was heading toward a key victory in its fight to avoid relegation, thanks to Victor Camarasa's goal. But Cezar Azpilicueta headed in an equalizer from an offside position in the 84th minute after Marcos Alonso had flicked on Willian's corner.

Warnock was furious on the touchline and further enraged that Antonio Rudiger escaped a red card for dragging down Kenneth Zohore moments later with the striker breaking through on goal.

Rudiger was only shown a yellow card by referee Craig Pawson, but there was worse to come for Cardiff when Ruben Loftus-Cheek beat Lee Peltier to Willian's deep cross to head home in stoppage time.

At the final whistle, Warnock was angry on the touchline, confronting Chelsea manager Maurizio Sarri. The Italian manager had faced chants of "We want Sarri out" from his own fans when sixth-placed Chelsea was losing.

The win moves Chelsea to within one point of fourth-placed Manchester United.

Cardiff is five points from safety with seven games remaining and could be out of the Premier League before video assistant referees come in from next season.

"No major decisions went for us," Warnock said. "They (referees) don't realize what's at stake. I've had one kick in the teeth after another this season and the players have as well.

"It's almost like it's not who you play, it's who you get to referee and who is going to have a flag in their hand nowadays, it's just as important. The best league in the world and probably the worst officials at the minute."