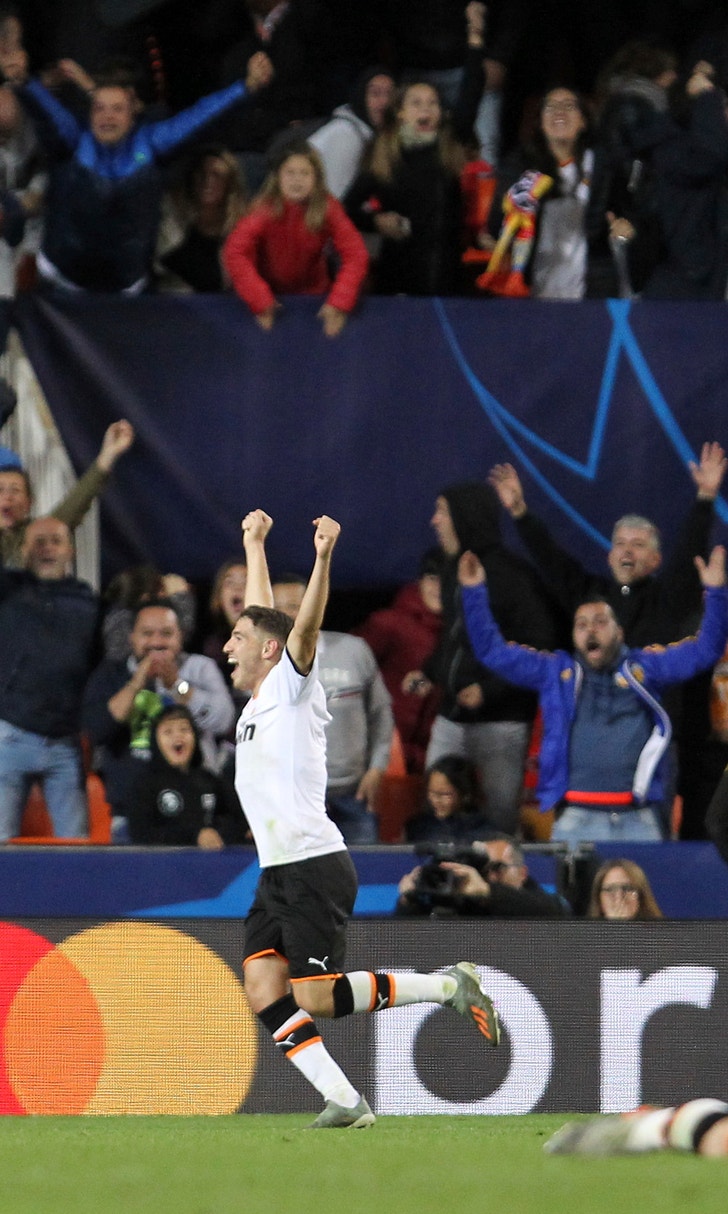 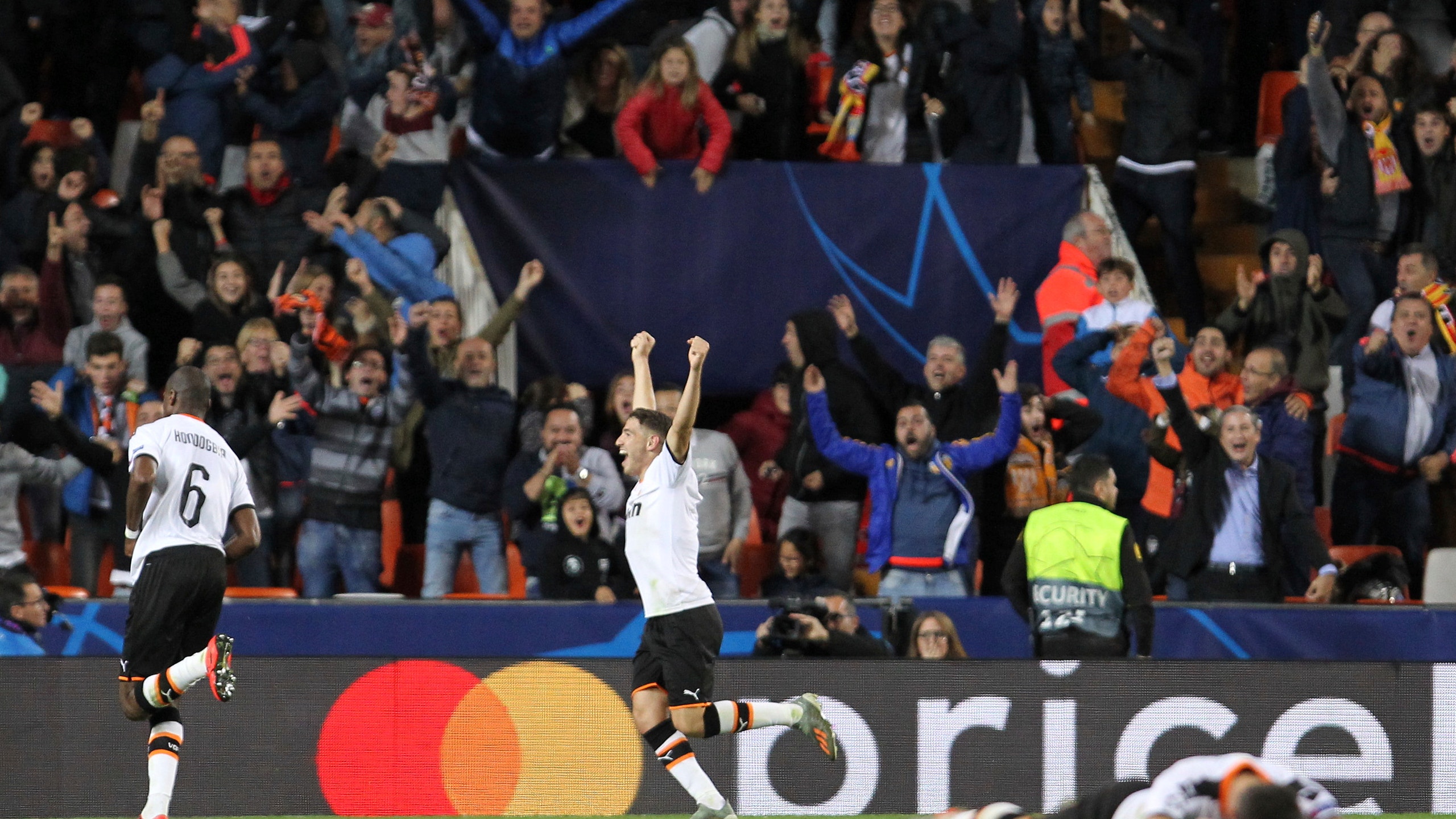 VALENCIA, Spain (AP) — This time Valencia didn't miss its chance to join Chelsea and Ajax at the top of their Champions League group.

With four goals in the last 25 minutes, the Spanish club came from behind and beat Lille 4-1 at home on Tuesday to reach seven points in the tight Group H. It is tied with Chelsea and Ajax, which drew 4-4 in a wild game in London.

Last-place Lille, with one point, has no chance of advancing following the loss.

Valencia also had an opportunity to reach the top in the previous round, but it conceded a stoppage-time equalizer in a 1-1 draw against Lille in France.

"We needed to win to stay with chances of advancing in the Champions League," said Geoffrey Kondogbia, who scored Valencia's third goal at Mestalla Stadium. "This was a very important match for us. We will keep fighting until the end."

The result extended Lille's winless streak in European competitions to 15 matches, with its last victory coming against Swiss club Grasshopper in a qualifying round for the Champions League in 2014. It has eight losses and seven draws since then.

Victor Osimhen put Lille ahead after a breakaway in the 25th minute, sending a low shot through the legs of Valencia goalkeeper Jasper Cillessen in a one-on-one situation.

Valencia equalized with a 66th-minute penalty converted by Dani Parejo — Panenka style — after a handball by Lille defender José Fonte.

The hosts went ahead with an own goal by defender Adama Soumaoro when he tried to intercept a cross in the 82nd, and Kondogbia added to the lead two minutes later with a long-range shot into the top corner.

Substitute Ferrán Torres closed the scoring from inside the area in the 90th.

Valencia was coming off a 3-0 loss to Ajax in its first home game in the group stage. It next hosts Chelsea on Nov. 27, while Lille visits Ajax.