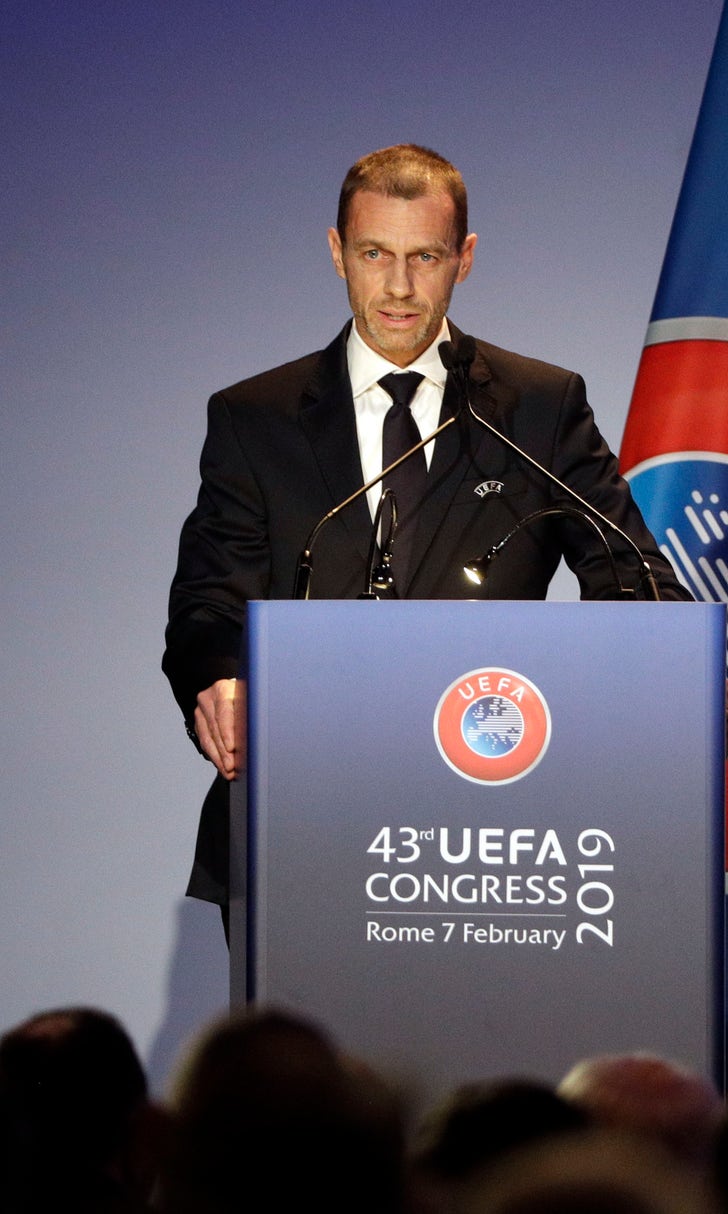 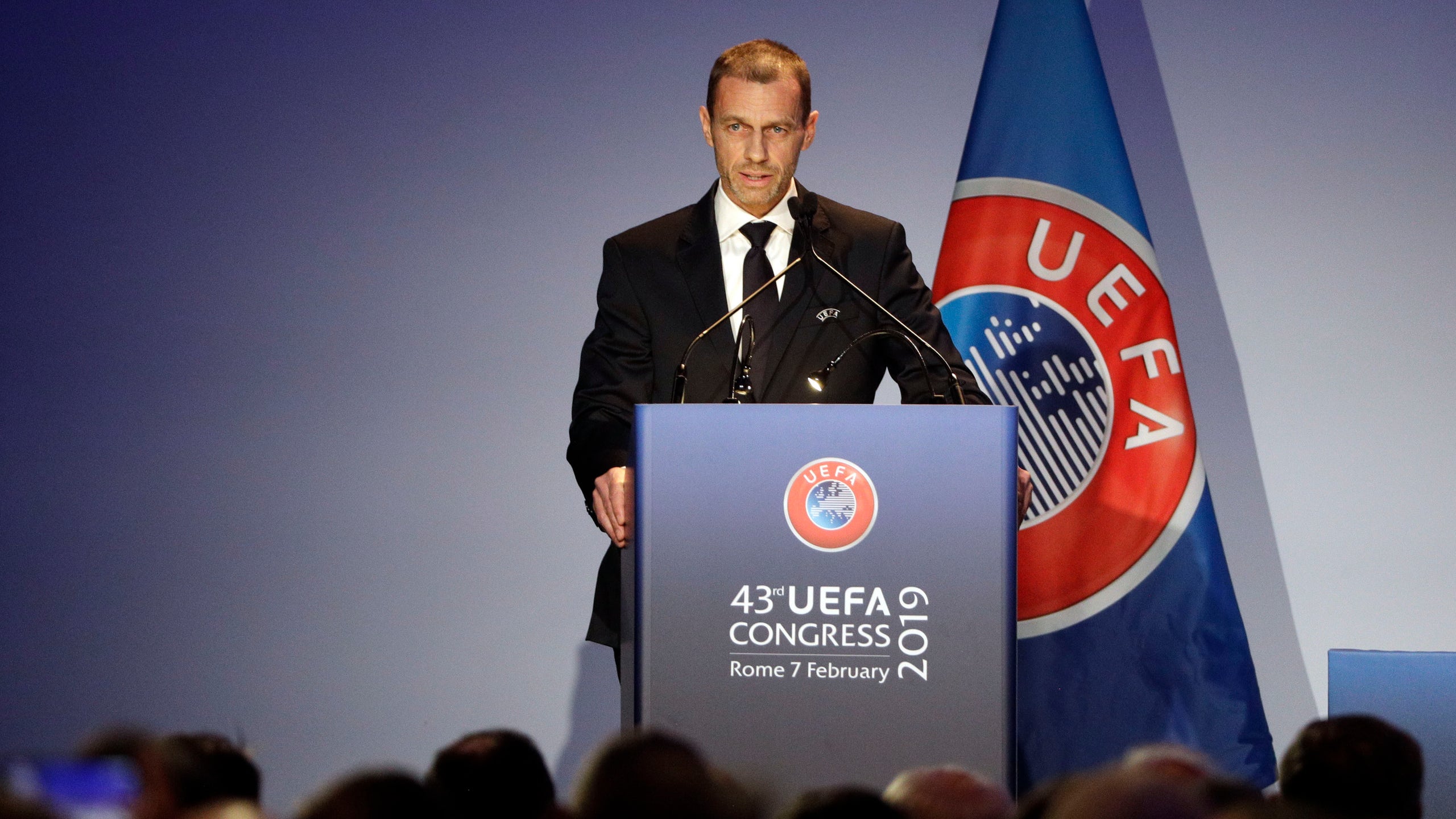 Ceferin's keynote speech ahead of his win by acclamation sent clear messages to FIFA President Gianni Infantino, who was sitting in the front row watching his toughest opponent in soccer politics. Ceferin has been blocking FIFA from making a $25 billion deal to create and revamp international competitions.

"It is often the 'yes men' who lure leaders to their demise," said Ceferin, who has faced down Infantino in testy FIFA Council meetings in the past year. "And conversely, it is often those who disagree in a measured, reasonable and constructive way, even if they sometimes do so in a direct, uncompromising fashion, who do them the greatest service."

Infantino has promoted the secretive offer from private investors, widely reported to be fronted by Japan's SoftBank, to revamp the Club World Cup and create a global Nations League tournament.

Ceferin said disagreeing with friends "when we think in all humility that they are wrong" helps stop them from making mistakes.

"Respect goes two ways," Infantino said later, citing his duty to help other continents as well as Europe. "This is the balance that the FIFA president has to try to reach. It's not always easy."

In his acceptance speech, Ceferin used a softer tone saying he wanted UEFA to be a "source of constructive ideas to FIFA instead of one of opposition."

Other key Ceferin targets through 2023 are a European bidder winning the 2030 World Cup hosting rights and updating the financial fair play rules which monitor club finances.

The two-day UEFA gathering in Rome has been a rare meeting of Ceferin and Infantino ahead of a FIFA Council session next month in Miami, where FIFA's hope of approving the new competitions deal seems unlikely. Infantino said a decision could be postponed.

While long-standing UEFA-FIFA tensions have continued with these leaders, both first elected in 2016, Ceferin spoke warmly of another ally. Juventus president Andrea Agnelli has helped stave off the Club World Cup plan and is key to protecting the Champions League as UEFA's prize asset.

Ceferin said while he leads UEFA and Agnelli heads the influential European Club Association "there will be no Super League. It is a fact."

"The only thing great about you would be your past," Ceferin cautioned clubs, saying teams following through on breakaway threats in 2016 "would have lost their status as great clubs in the hearts of the people."

FIFA has tried to woo storied clubs with the promise of tens of millions of dollars in Club World Cup prize money. European soccer officials fear that would devalue the Champions League and widen a wealth gap which can unbalance domestic leagues.

In his own eight-minute speech, Infantino spoke of FIFA wanting to innovate and debate ideas. Still, he gave no update or detail on the $25 billion offer which is going through a FIFA-appointed task force and meetings of member federations worldwide.

At a later news conference, Ceferin said he hadn't been given any "concrete information" on the deal since Infantino revealed it last March at a meeting in Bogota, Colombia.

Ceferin acknowledged being relatively unknown when he was elected to replace Michel Platini, the France great who was banned by the FIFA ethics committee for financial irregularities. The lawyer from Slovenia said he had moments of doubt and made mistakes since taking office 2½ years ago.

"A leader without doubts," Ceferin said, "is a delusional and dangerous leader."

— UEFA will launch its own over-the-top (OTT) online streaming platform to broadcast games within six months. It could include "premium live content" such as Champions League games along with games from youth and women's soccer competitions.