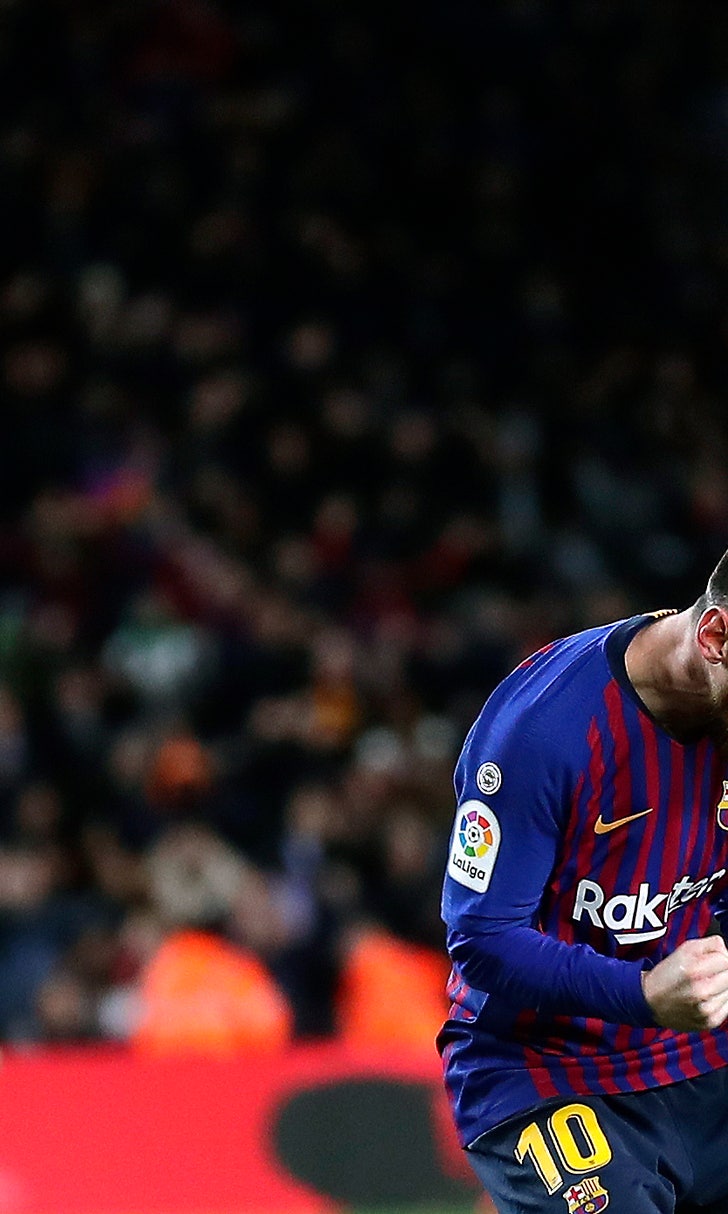 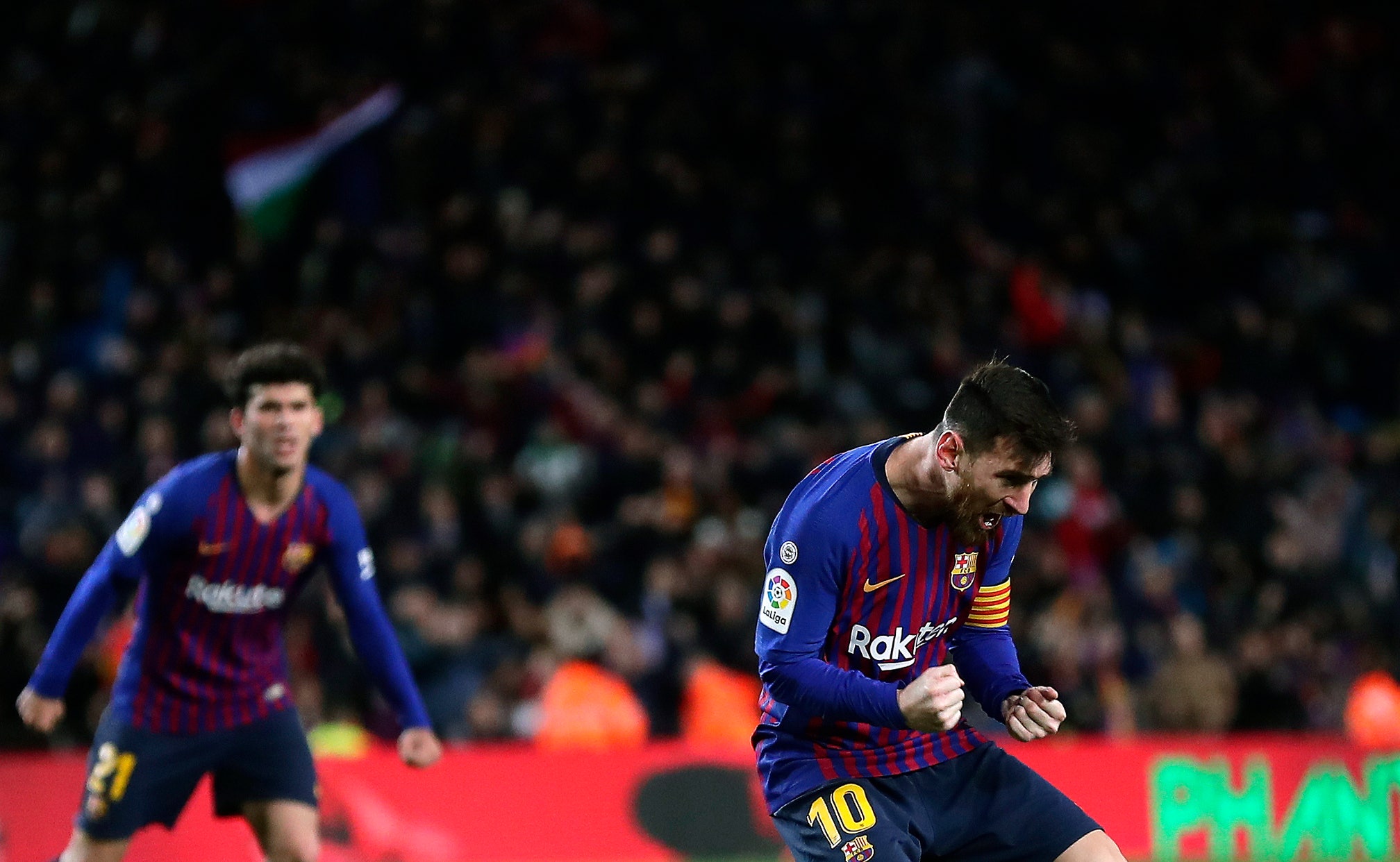 BARCELONA, Spain (AP) — Nothing can silence the Camp Nou crowd like the thought of an injury to Lionel Messi — especially four days before a clash against Real Madrid.

So a chill ran through Barcelona's supporters during the Spanish league match against Valencia on Saturday when Messi sat down on the sideline, his right leg stretched before him, and received a massage from a team trainer.

Little did it matter that the team's all-time leading scorer had just struck two goals to lead Barcelona back from a two-goal deficit to secure a 2-2 draw. Any hint of Messi being sidelined with the season entering its critical phase with titles on the line immediately overshadowed yet another outstanding performance by the Argentine.

Messi may have been hurt when Valencia defender Antonio Lato ran into him.

The scare comes before Barcelona hosts Madrid in the first leg of their Copa del Rey semifinal.

"Please don't let it be anything serious," Barcelona midfielder Carles Alena said. "We hope he will be back in full form on Wednesday."

"He is bothered by something, but we will have to wait to see what the doctors say," Valverde said. "I imagine that it is not that bad."

Messi missed Barcelona's first clasico against Madrid in October due to a broken right arm. His teammates did fine without him, routing their fierce rival 5-1 and sealing the fate of coach Julen Lopetegui.

Madrid, however, is playing much better now. It has won four straight before hosting Alaves on Sunday.

Before his fitness put a damper on a thrilling match, Messi extended his scoring run to nine straight games across all competitions. His double took his league-leading tally to 21 goals in 22 rounds.

Valencia took advantage of Sergi Roberto playing out of position as a fill-in left back for Jordi Alba. Daniel Wass led several attacks from Roberto's side, starting with a pass for Dani Parejo to test Marc-Andre ter Stegen before Denis Chershev put the rebound off the post.

Parejo started a move that produced Kevin Gameiro's opener in the 24th minute when he tackled Messi. That sprung a counterattack led by Rodrigo Moreno, who slipped a pass forward to set up Gameiro.

Parejo doubled the advantage from the penalty spot after Roberto knocked down Wass trying to dispute a cross.

Valencia lost Gameiro to injury shortly after when the striker asked to be substituted after being shaken up when he knocked heads with Gerard Pique.

Messi got his first goal from the penalty spot in the 39th after Nelson Semedo was fouled by Lato.

Messi struck again in the 64th when Arturo Vidal laid the ball off for him on the edge of the area. Messi quickly unleashed a curling, left-foot strike around two defenders, who impeded goalie Neto from seeing the ball until it was too late to react.

"We played at a good pace, counterattacked well, scored twice and could have scored more," Parejo said. "The team's performance was magnificent."

Celta Vigo broke a five-match losing streak and escaped the relegation zone by beating Sevilla 1-0 at home thanks to Okay Yokuslu's second-half goal.

Fourth-place Sevilla has won only one of its last six league games.

Getafe's 0-0 draw at Levante was marred by 11 Getafe fans being arrested for provoking a clash with rival supporters outside the stadium in Valencia.

Getafe, which condemned the violence, rose to fifth as the small Madrid-based club continued its impressive season on the field.