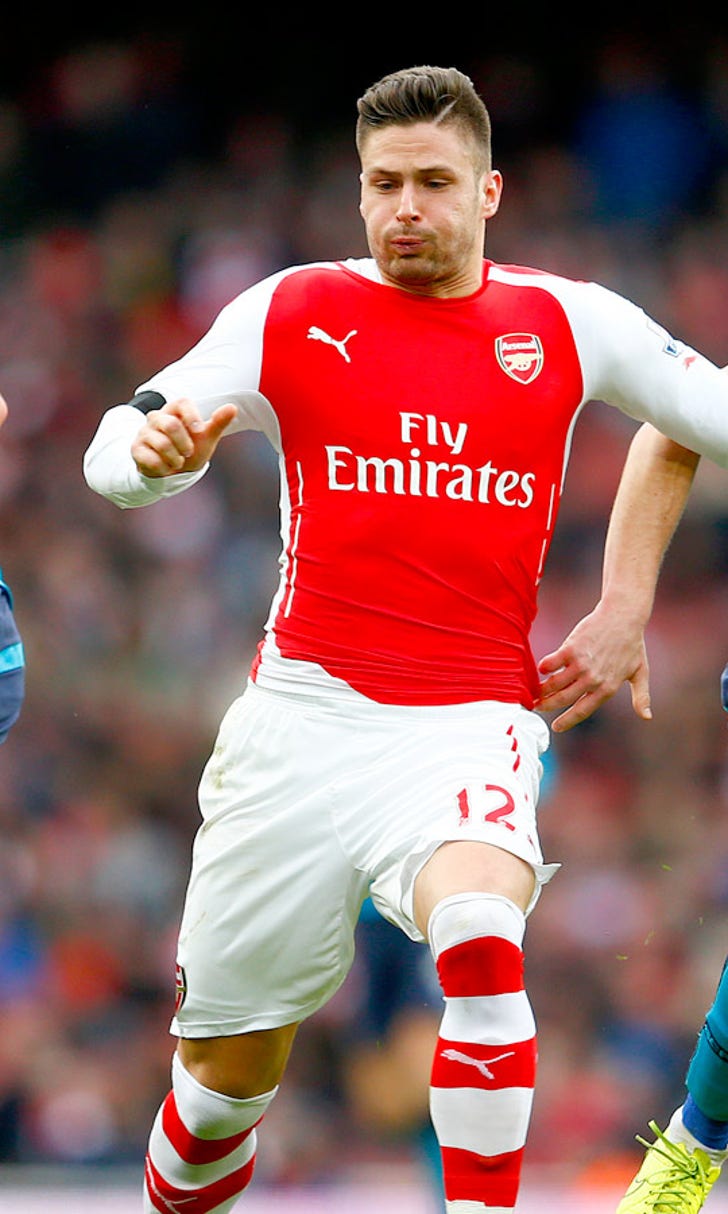 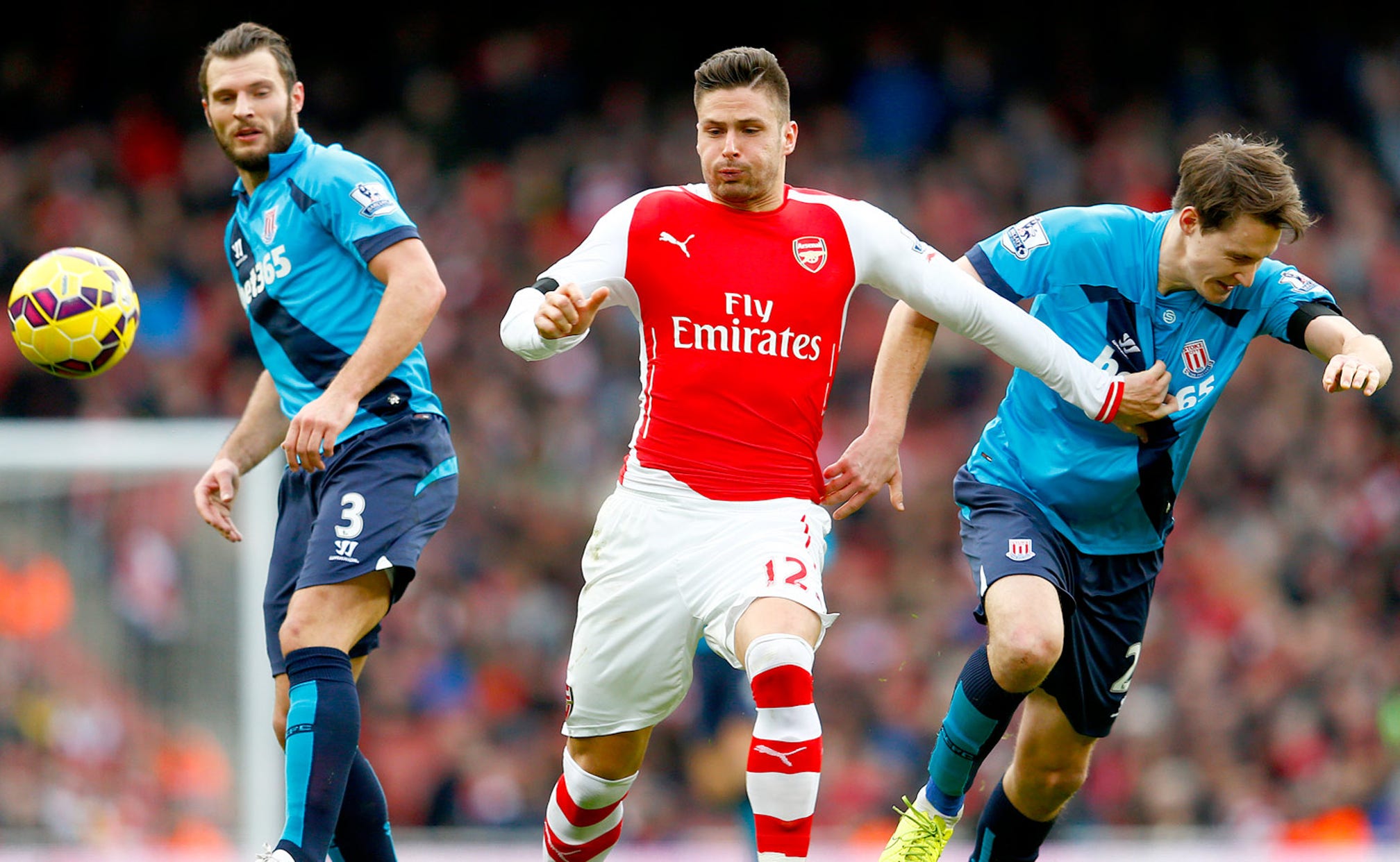 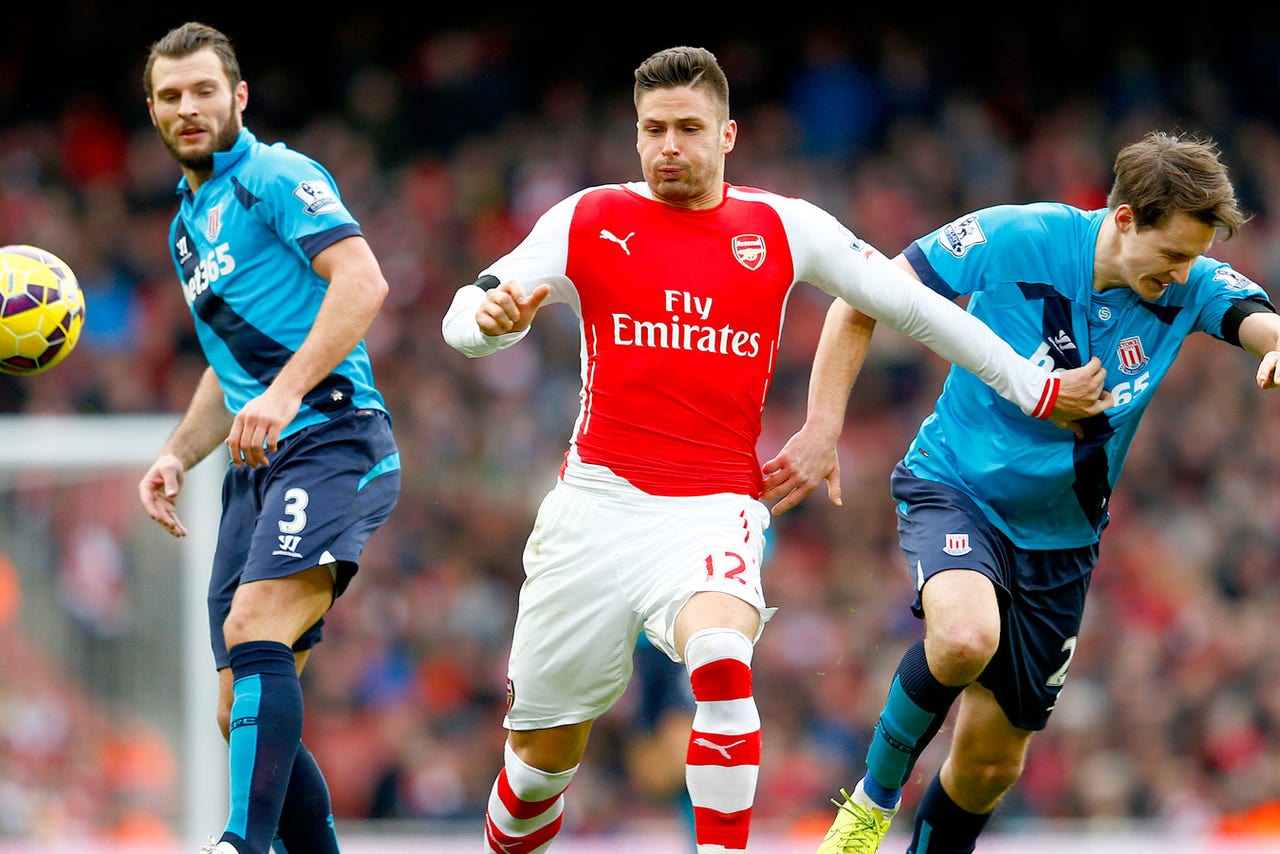 Whatever demons afflict Arsenal when it travels to Stoke, they rarely appear in north London. This was Arsenal's 13th straight home Premier League victory over Stoke City, a comfortable, stylish 3-0 win that lifted it above Tottenham Hotspur into fifth in the table.

Alexis Sanchez dazzled again, Tomas Rosicky enjoyed himself in an attacking central midfield role and every home fan went home happy, the only dampener an injury to Mathieu Debuchy and, perhaps, a nagging sense that is just what Arsenal do, dismissing the lesser lights with a swagger only to falter against the elite.

Stoke had taken the lead within the first 30 seconds of the reverse fixture at the Britannia and, while Arsenal's start wasn't quite that rapid, it wasn't far off. Asmir Begovic had already made excellent saves form Alexis Sanchez and Tomas Rosicky when Arsenal went ahead after six minutes. Sanchez's corner was blocked, but the ball was returned to him and when he crossed again, Laurent Koscielny stole in unmarked to score Arsenal's eight headed goal of the season - more than any other premier League club other than West Ham. Not only that, but it was the 12th goal Stoke has conceded this season form a set play - ore than any other club in the Premier League. So much for stereotypes.

It didn't take long, though, for the sense of well-being to be disrupted. As a ball ran out for a goal kick, Mathieu Debuchy ran across the line of Marco Arnautovic, bounced off him - only the Austrian will know whether the little flick of the right hand he gave was instinctive and in self-defence or something more sinister - and collapsed off the pitch. He was clearly in some distress and was treated by the side of the pitch for several minutes before finally being stretchered away, seemingly having damaged his shoulder.

Still, the change of personnel did little to halt the Arsenal surge. Again and again the home side cut through Stoke, with Sanchez repeatedly exploiting the space behind the full-back Geoff Cameron. Alex Oxlade-Chamberlain, playing on the right wing, put a shot just wide, then Olivier Giroud was denied by a magnificent save from Begovic before slicing an effort just the wrong side of the post.

The only concern was that Arsenal hadn't made more of its opportunities but, on 33 minutes, Sanchez added a brilliant second. He had the sharpness to nip in to win the ball back after Stephen Nzonzi had intercepted, played a quick one-two with Rosicky, cut into the box and used two defenders as a shield before drilling the ball in low at the near post â his 17th goal of the season in all competitions.

The 18th arrived four minutes into the second half as he clipped a free-kick through the wall, a slight deflection taking the pace of the ball and foxing Begovic, who ended upturning the ball onto the post and then pawing it over the line. Santi Cazorla hit the bar with a clever chip but it finished at 3-0.

At the other end, David Ospina made his first Premier League start, replacing Wojciech Szczesny, ostensibly dropped for having been caught smoking in the showers after the defeat to Southampton on New Year's Day. Perhaps more accurately, he was dropped after being caught smoking during a run of indifferent form: it's safe to assume that had he been playing as well as, say, David De Gea, the sanction may not have been so severe. Ospina kept a clean sheet and looked perfectly at ease, although he was barely tested by a Stoke side that never really got going. It remains eleventh in the table, seven points above the relegation zone and should quite easily be able to shrug this off as a bad day against a good team playing well.

Arsenal was further buoyed by another run out for Theo Walcott as he returns from injury, although he looked rusty and ragged a clear chance well wide, and there was even a sighting of Mesut Ozil, brought on with 17 minutes remaining. From an attacking point of view, the injury problems are clearing.

But it was probably the style of the performance that was the most heartening aspect of the day, and that may add to the pressure on Southampton and Spurs, the other sides chasing fourth. In the next month, though, it faces much bigger tests, away to Manchester City and Tottenham.