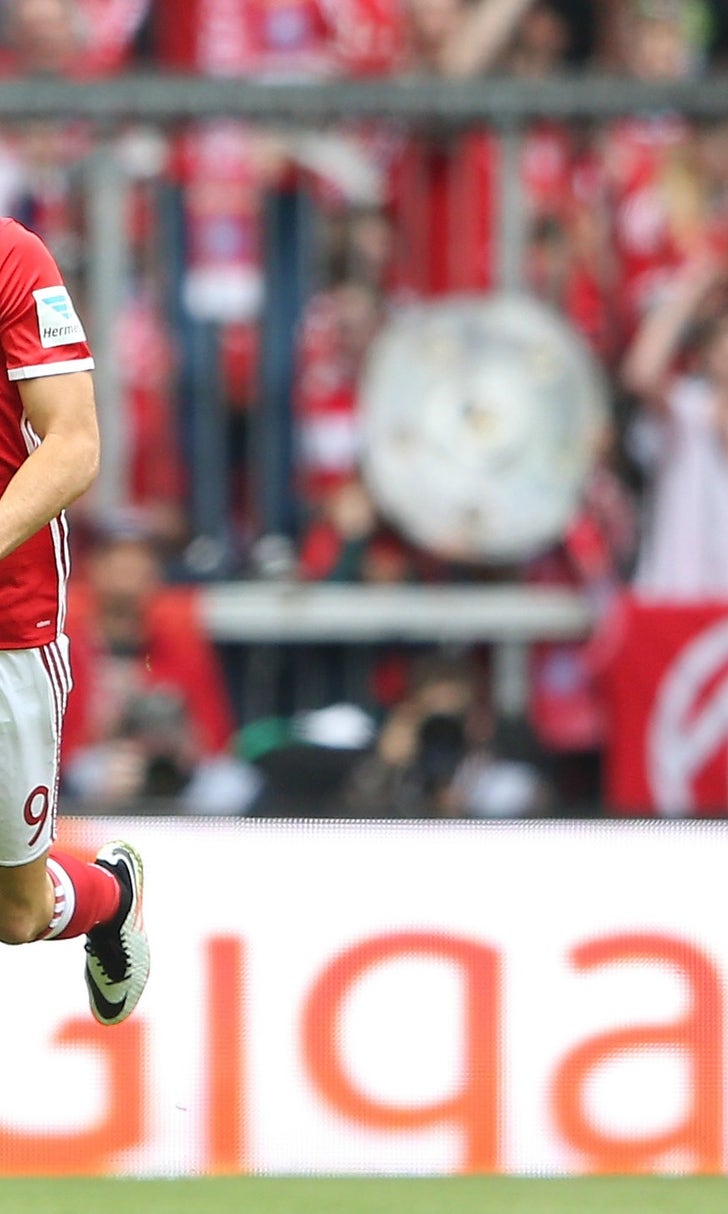 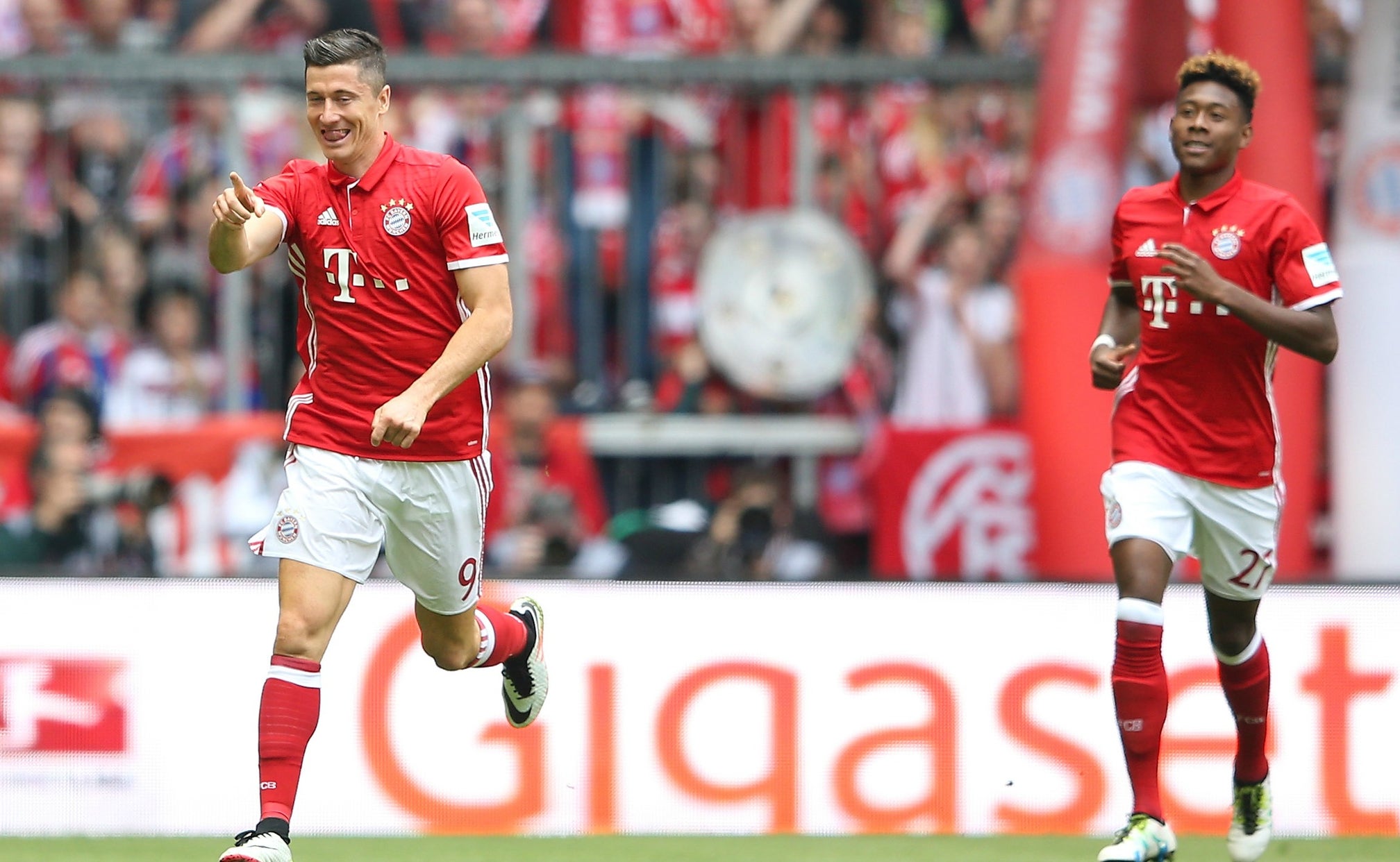 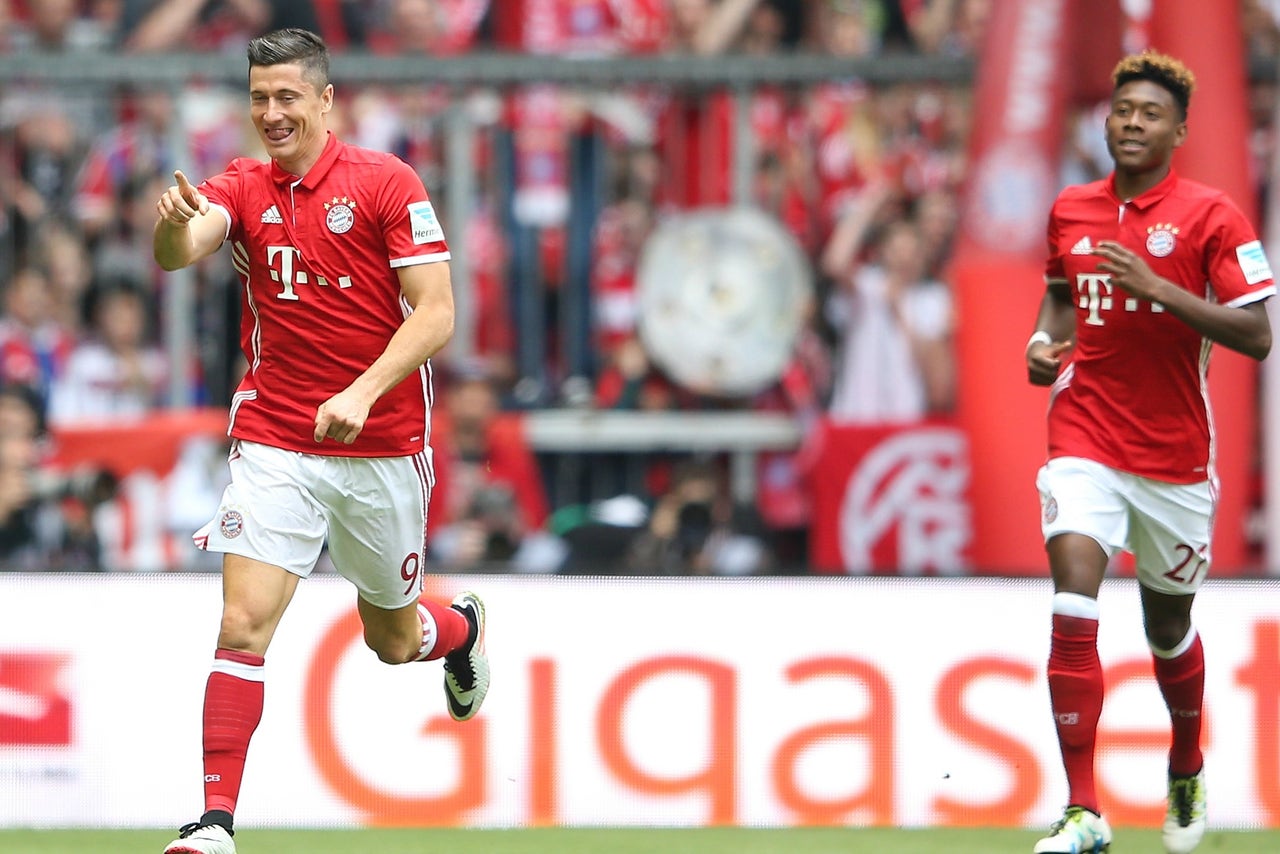 Before Bayern Munich got to break out the giant beer glasses and begin their Bundesliga title celebrations, there was still one more game to play and one more record to be broken.

Robert Lewandowski entered Saturday's season finale against Hannover with 29 goals on the season, just one goal shy of becoming the first Bundesliga player in 39 years to reach the 30-goal mark, and first foreign-born player ever.

Seeing as Hannover locked up last place weeks ago, that never figured to be much of an obstacle, and it wasn't. Lewandowski scored just 12 minutes in to become the first since Koln's Dieter Mueller in 1977 to reach that 30-goal plateau. He broke a tie with Schalke's Klaas-Jan Huntelaar to become the top foreign goalscorer in a single season.

That's still far from the most impressive record the Polish striker cracked this season. Back in September, you may remember Lewandowski scoring 5 goals in nine minutes off the bench against Wolfsburg, setting records for the fastest hat trick, four-pack and five-pack.

The dude knows how to score goals is what we're trying to say.