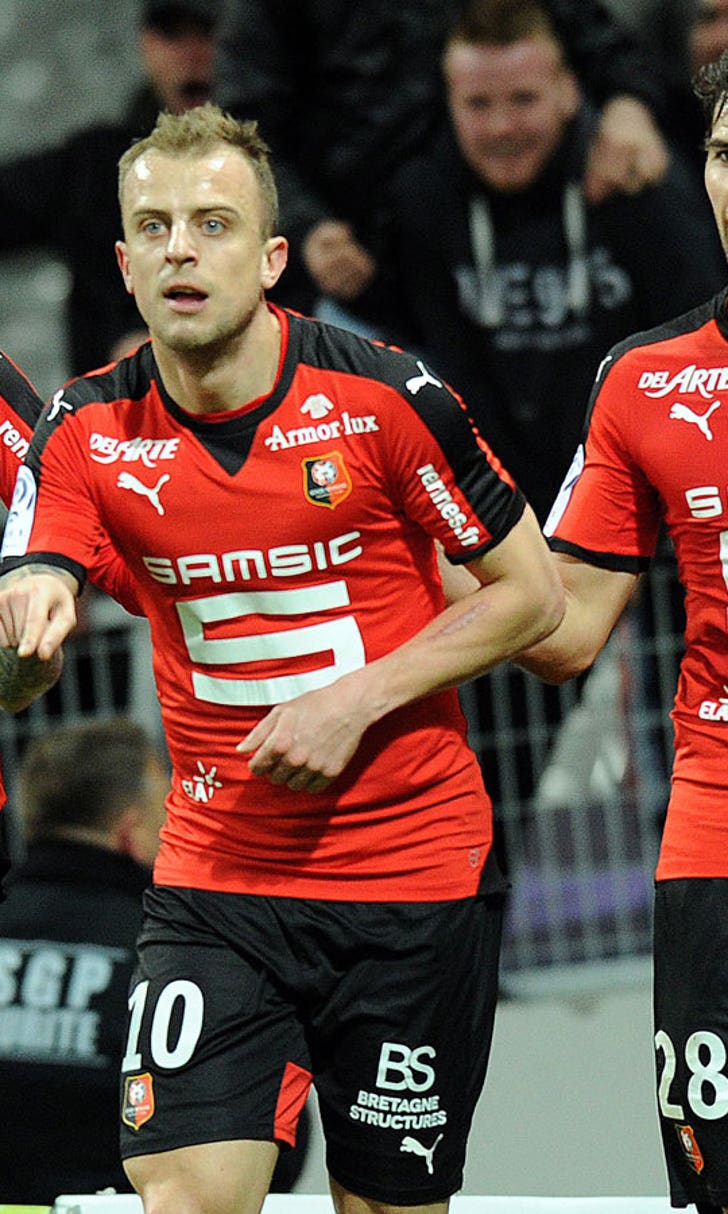 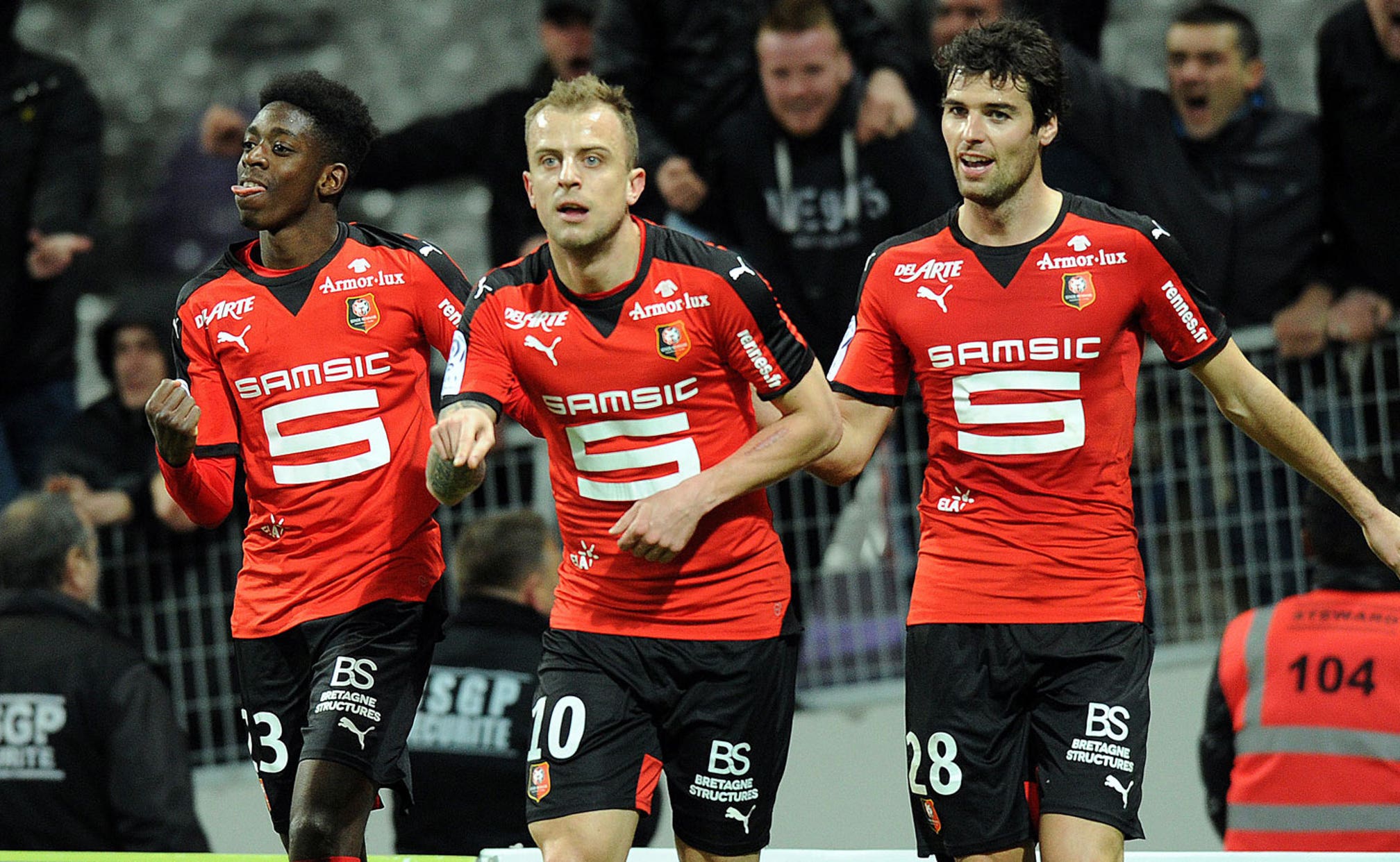 Rennes edge Toulouse to move up to fourth in Ligue 1 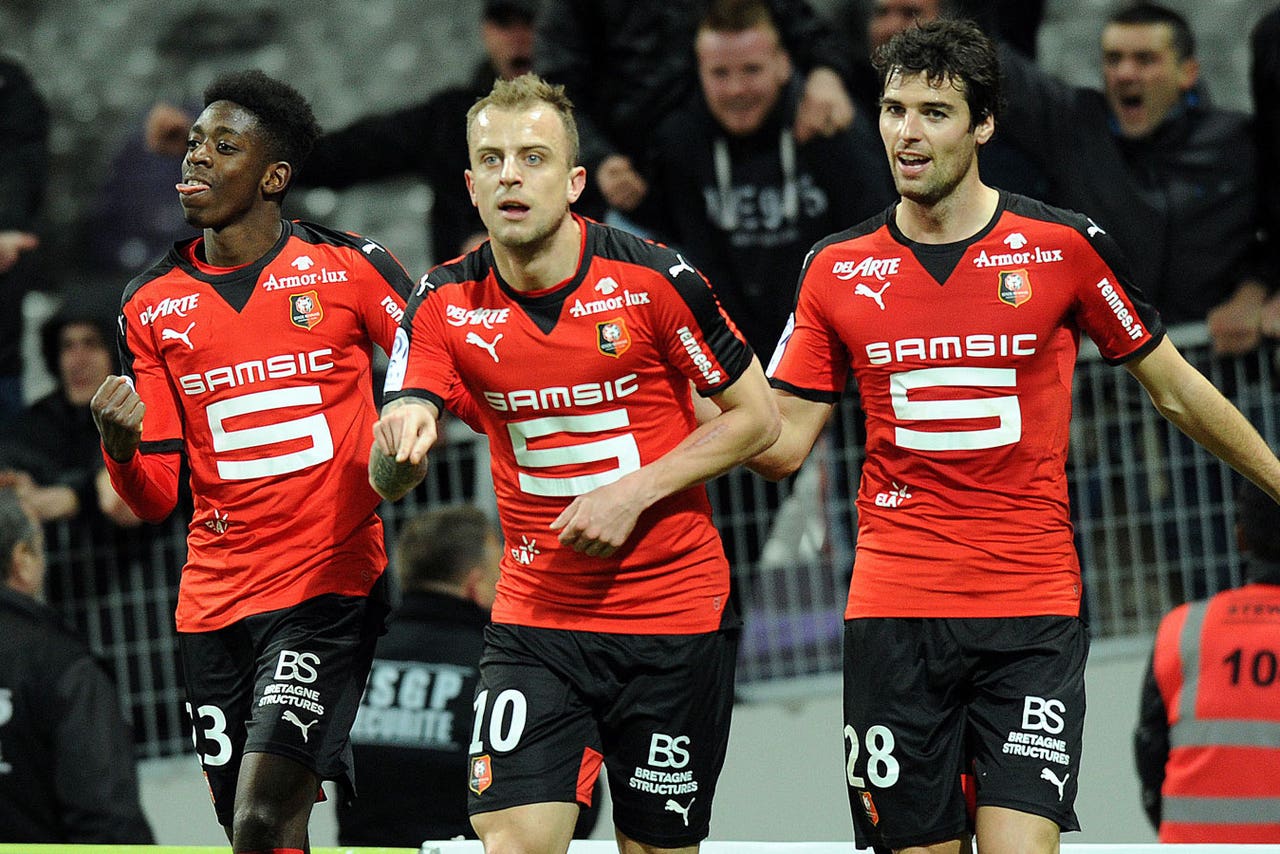 PARIS -- Rennes scored twice in injury time to win at Toulouse 2-1 and provisionally climb to fourth place in the French league on Saturday, while this latest defeat left Toulouse 10 points away from safety with 10 games to go.

Toulouse took the lead in the 78th minute through Wissam Ben Yedder's team-leading ninth goal, but coach Dominique Arribage took him off a minute later much to the anger of the home fans.

As those fans chanted for Arribage to resign, the Toulouse defense fell apart as 18-year-old striker Ousmane Dembele equalized in the first minute of injury time and substitute striker Kamil Grosicki slammed home the winner a minute later.

Toulouse is not the only side with a leaky defense.

Bordeaux lost at Reims 4-1, shipping its 22nd goal in the past nine games to remain in mid-table.

Reims moved temporarily four points away from the relegation zone, although 17th-place Ajaccio can move within a point of Reims if it beats Marseille at home on Sunday.

Last-place Troyes moved closer to relegation after losing at home to mid-table Lorient, with striker Majeed Waris scoring the only goal in the third minute.

Lorient's win moved it one place behind ninth-place Angers, which drew at Guingamp 2-2 despite seeing key midfielder Cheikh N'Doye sent off near the end of the first half.

Winger Pierrick Capelle put Angers ahead, only for striker Sloan Privat to level eight minutes later with his sixth goal of the season.

Earlier, Montpellier pulled further away from the relegation zone after beating Lille 3-0, with all the goals coming in the second half.

The win moved Montpellier up to 14th place and seven points away from relegation, while Lille fell behind to 15th, ahead of Sunday's games.

On Sunday, cruising leader Paris Saint-Germain looks to maintain its unbeaten domestic record when it travels to sixth-place Lyon.

PSG leads second-place Monaco by 24 points and has not lost in the league since March 15 last season. PSG has lost only once in all competitions this season - a 1-0 defeat away to Real Madrid in the group stage of the Champions League.

Also, Monaco is away to improving Nantes, and fifth-place Saint-Etienne hosts Normandy side Caen.