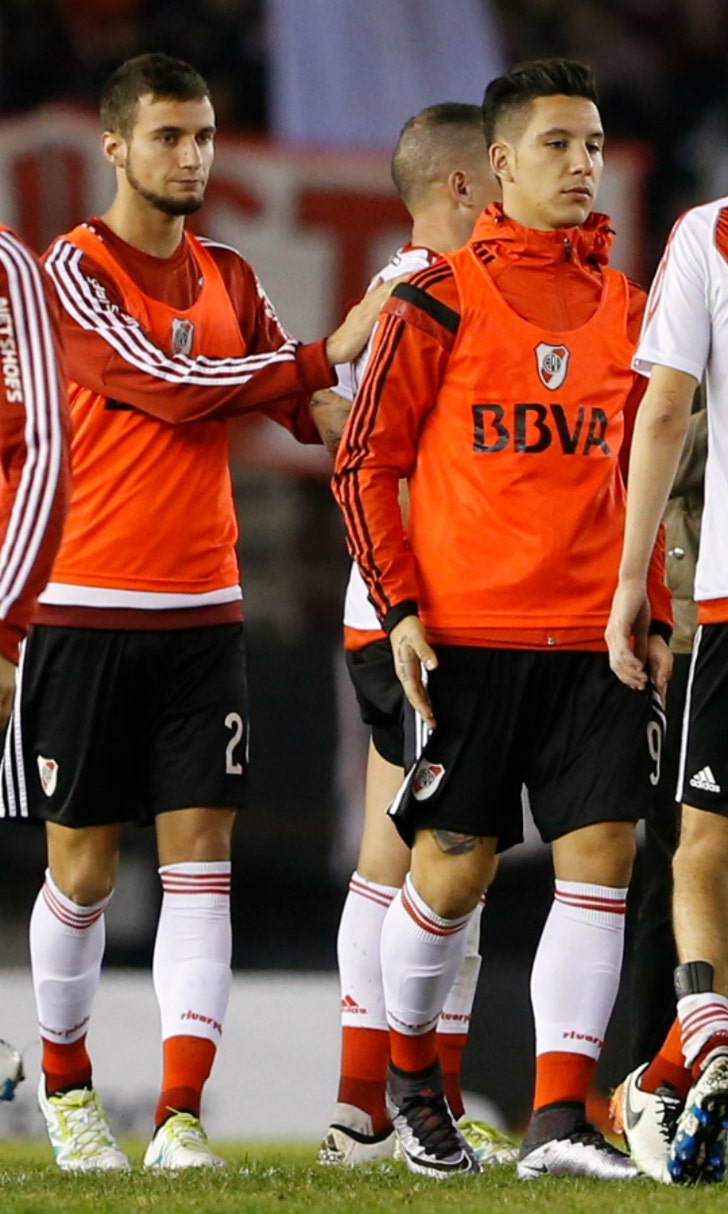 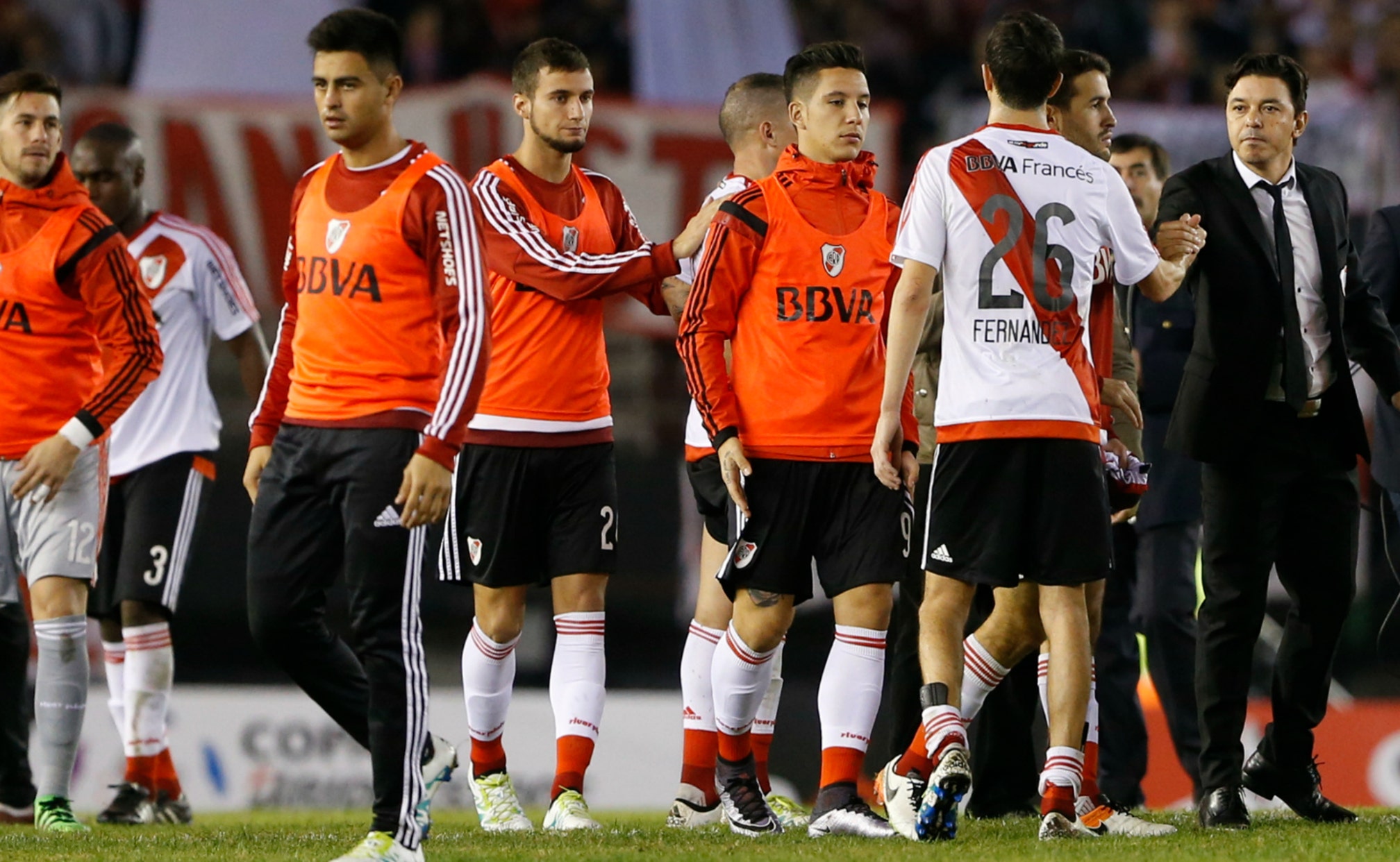 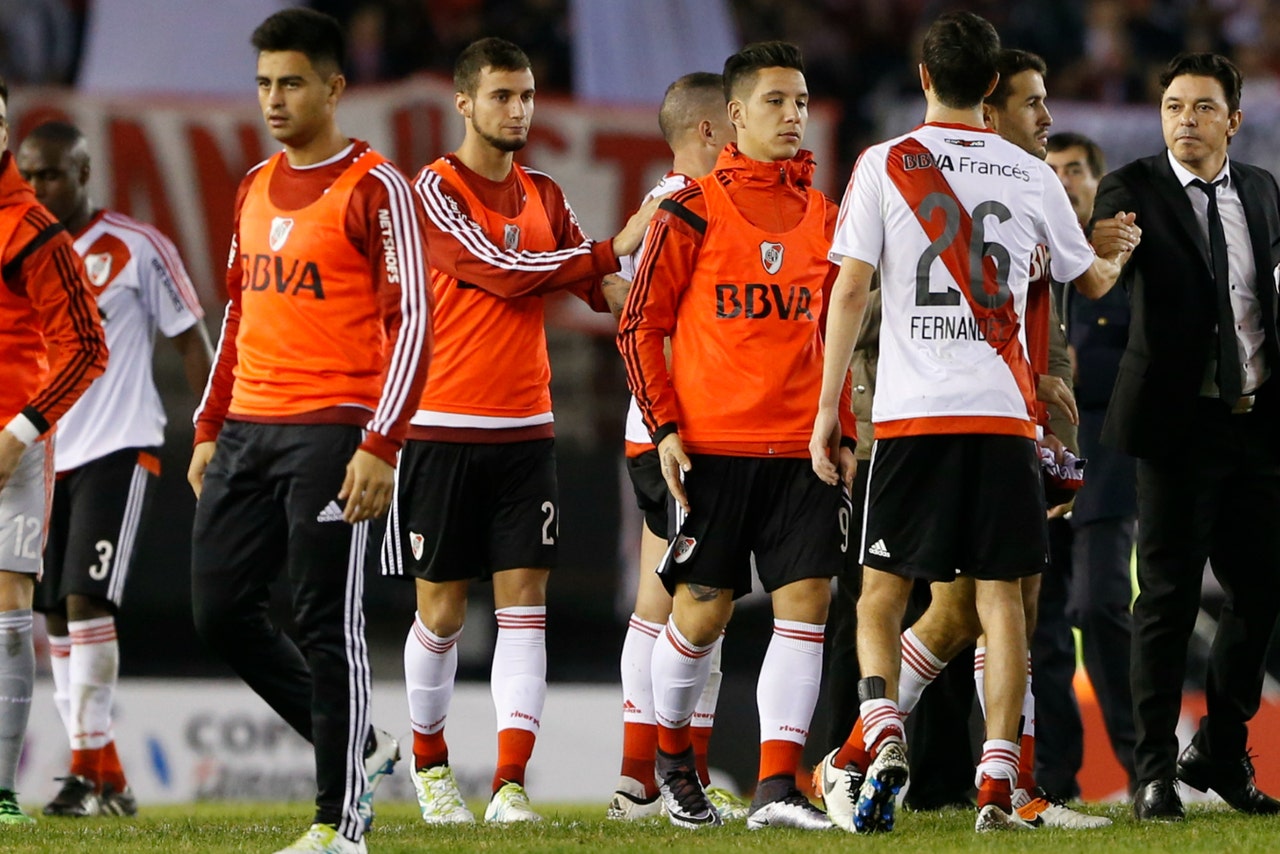 Nacional advanced to the quarterfinals of the Copa Libertadores following a drama-filled 2-2 draw at Corinthians on Wednesday.

The Uruguayan side, which was held to a scoreless draw in the first leg, led twice at the Arena Corinthians but was pegged back on both occasions, though it was enough to see Nacional progress on away goals.

Nacional restored its lead 12 minutes into the second half thanks to Santiago Romero's strike, but a thrilling finale saw Corinthians given two opportunities to score from the penalty spot. A foul in the box presented Andre with the chance to level the score in the 82nd minute but his spot kick was saved by Nacional goalkeeper Esteban Conde.

Corinthians was reduced to 10 men late when Fagner Conserva Lemos was shown a red card, though another penalty saw Marquinhos Gabriel score an equalizer in stoppage time. But it was too late to find a winner, with Nacional holding on to book a spot in the last eight against either Boca Juniors or Cerro Porteno.

Defending champion River Plate was eliminated from the round of 16 despite its 1-0 win over Independiente del Valle.

River came into the home leg of the tie at Estadio Monumental 2-0 down and found it difficult to break down a resolute Independiente defense.

Lucas Alario gave the Argentine giants a glimmer of hope with a goal 11 minutes from time, but it was not enough as River suffered a 2-1 aggregate defeat.

In other results, Lucas Pratto's 72nd-minute goal saw Atletico Mineiro book its spot in the quarters with a 2-1 win over Racing Club.

After a scoreless first leg in Argentina, Atletico took the lead at home through Carlos in the 16th minute, but Racing were level just six minutes later thanks to Lisandro Lopez's penalty. But all Atletico needed was one more goal to go through, with 27-year-old Pratto netting the winner 18 minutes from time.

Atletico will face fellow Brazilian outfit Sao Paulo in the last eight of the competition despite a 3-1 loss to Mexican side Toluca.

Copa Libertadores
share story
those were the latest stories
Want to see more?
View All Stories
Fox Sports™ and © 2021 Fox Media LLC and Fox Sports Interactive Media, LLC. All rights reserved. Use of this website (including any and all parts and components) constitutes your acceptance of these Terms of Use and Updated Privacy Policy. Advertising Choices. Do Not Sell my Personal Info