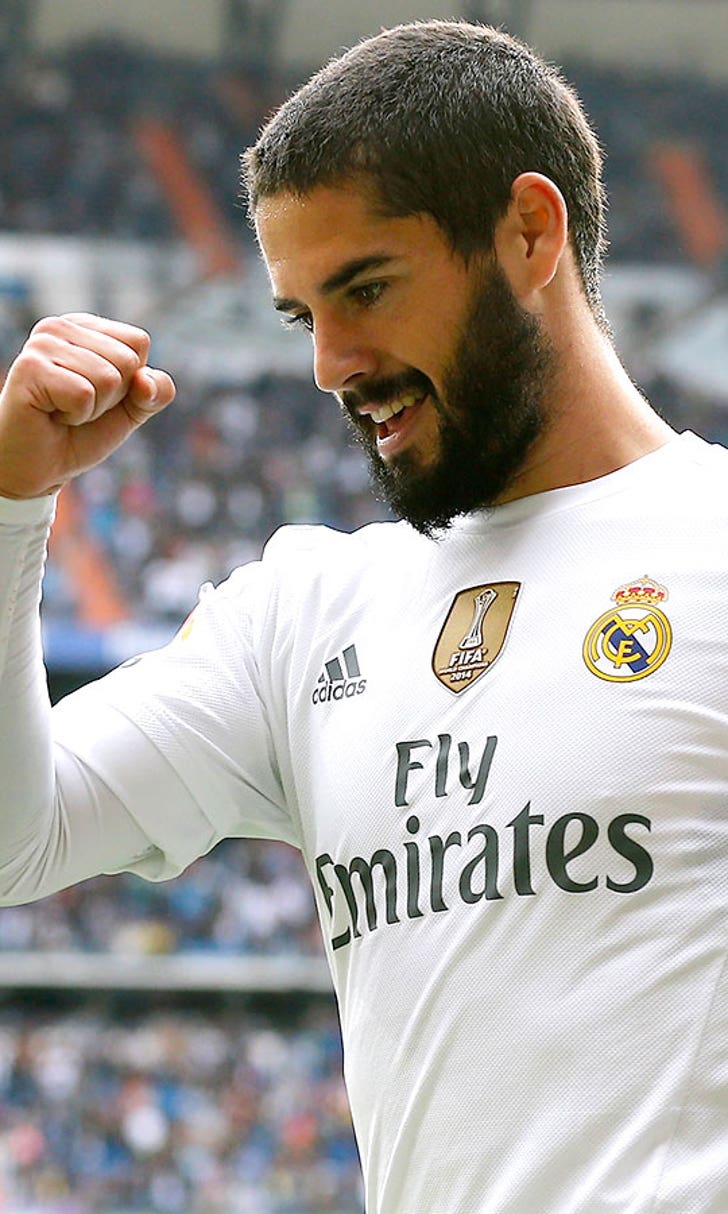 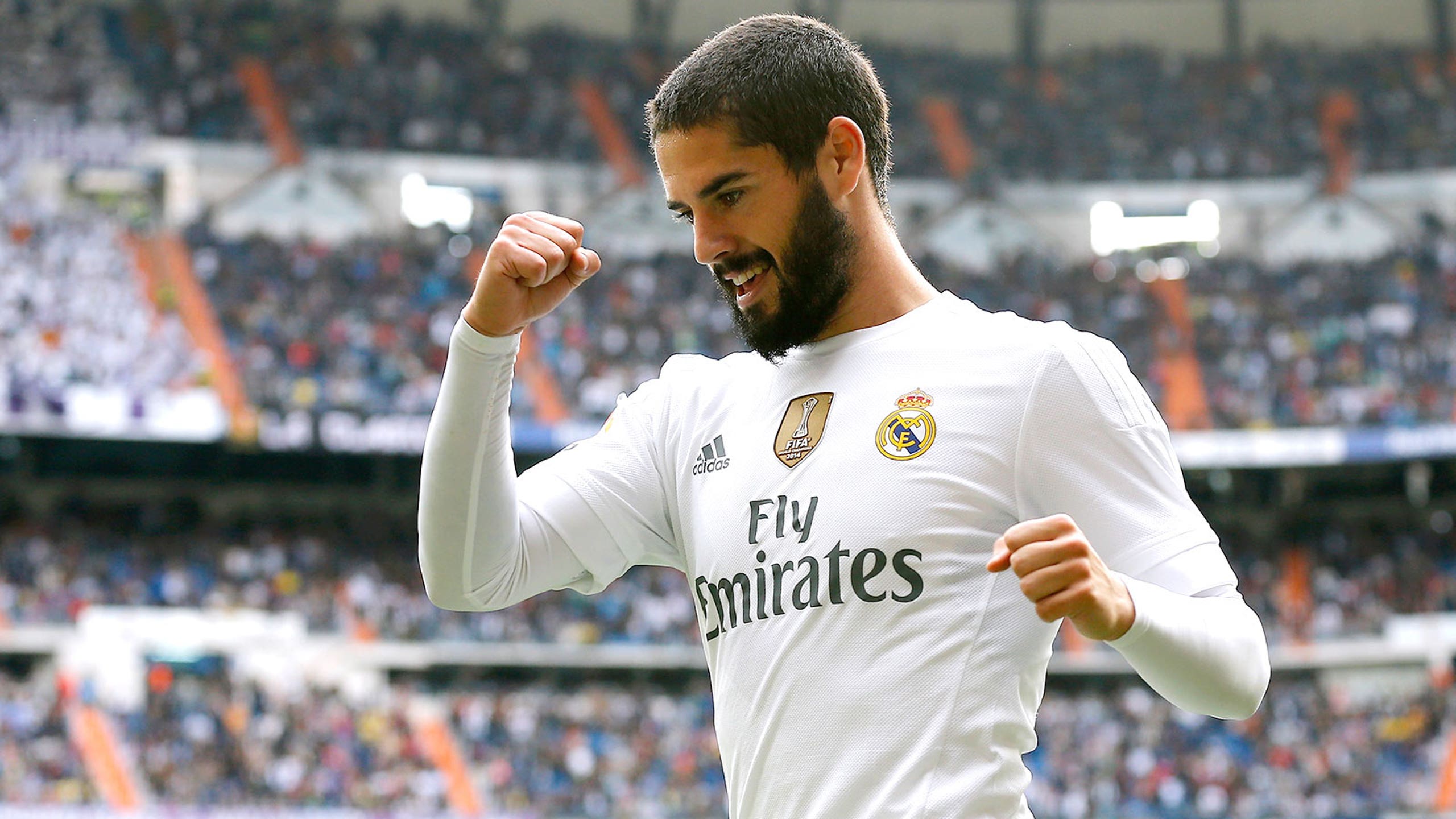 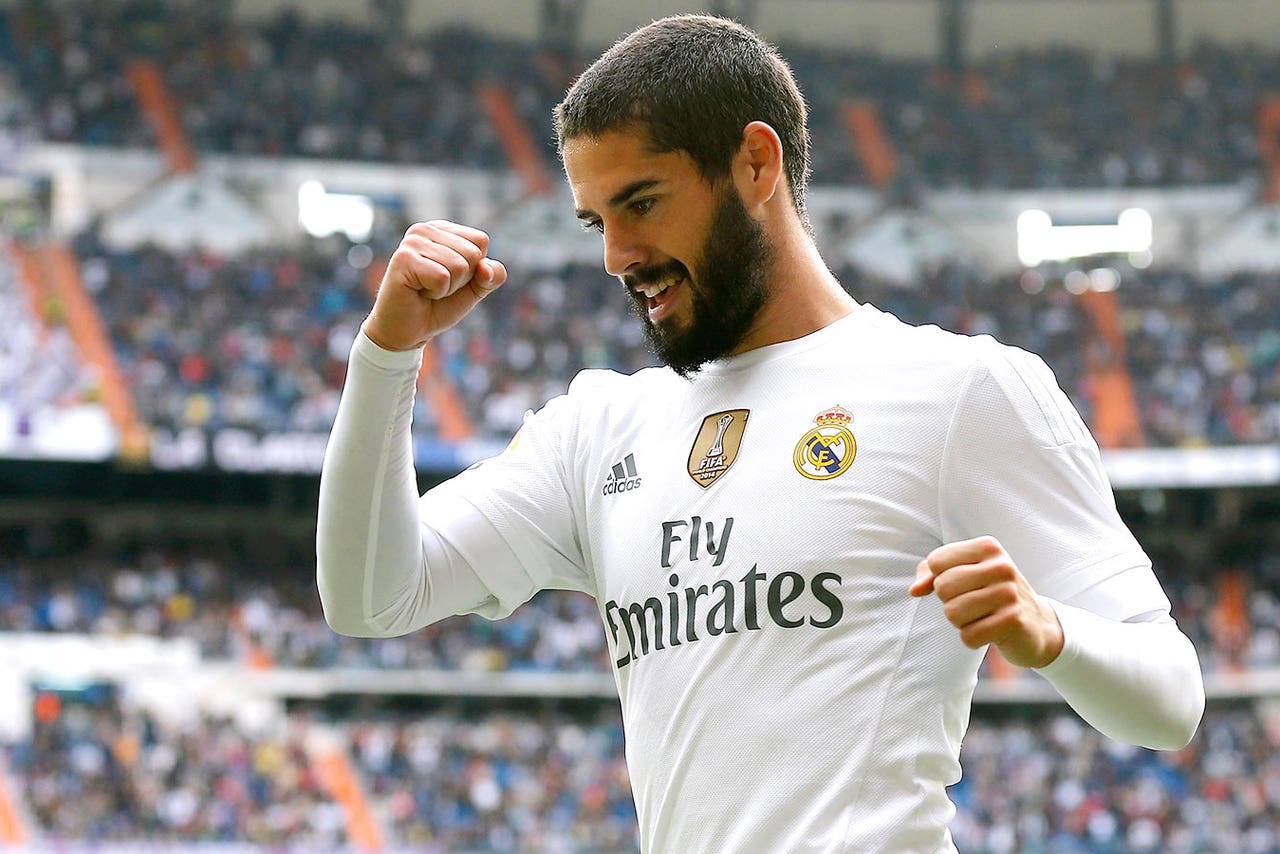 Las Palmas pulled a goal back through Hernan Santana later in the half but just before the break Jese restored Madrid's two-goal lead with a fine individual effort.

With a gruelling set of fixtures coming up, including clashes with Paris St Germain, Sevilla and arch-rivals Barcelona, it was important that Madrid came through this game unscathed, both in terms of points and injuries.

Madrid goalkeeper Keylor Navas, who has only conceded nine goals in 12 games, was the latest Merengue to fall victim to injury - the 18th the club have suffered since the start of pre-season.

That meant Kiko Casilla made his competitive debut for Madrid in goal, while Dani Carvajal, Sergio Ramos, Alvaro Arbeloa, James Rodriguez, Gareth Bale and Karim Benzema joined the Costa Rican in missing out.

Such a long injury list may have raised Las Palmas' hopes of getting a first ever league win at the Bernabeu, and their confidence would have been strengthened after holding Villarreal to a goalless draw in new coach Quique Setien's first game in charge.

Yet their dreams of getting a result here were shattered after just four minutes, when Jese intercepted the ball deep in Las Palmas' half and slipped it to Casemiro. He rolled the ball across the box and into the path of Isco, and the midfielder controlled with his right foot before calmly shooting into the far bottom corner with his left.

Not long after the goal Javi Varas managed to save a stinging shot from Luka Modric, but the Las Palmas goalkeeper was picking the ball out of his net again just a minute later. Marcelo came charging down the left to cross towards the back post and Ronaldo dived to head the ball into the far corner and score his 13th goal of the season in all competitions.

Casilla was called into action for the first time to tip away a goal-bound shot from Jonathan Viera and managed to react in time to prevent striker Willian Jose from pouncing on the rebound.

Madrid continued to pepper the visiting goal and Jese and Isco were both denied by Varas, and Setien's side found a way back into the game eight minutes before the break through Santana's bullet header, which clattered against the underside of the bar on its way into the net following an outswinging corner.

But Las Palmas' hopes of staging a comeback in the second half were quickly extinguished by Jese's goal shortly before the break. The Canary Islander received the ball from Toni Kroos on the left of the penalty area and cut inside to beat a man before slamming the ball into the near corner of Varas' goal.

Perhaps with an eye on Tuesday's Champions League game with PSG, Madrid appeared to take their foot off the accelerator in the second half.

Casilla was forced to make an impressive save from Willian Jose to keep the score the same, while substitute Sergio Araujo saw an effort deflected wide.

Ronaldo had a chance to score his second of the game late on but was denied by the chest of Varas, who then stuck out a leg to prevent Lucas Vazquez from netting on the rebound.